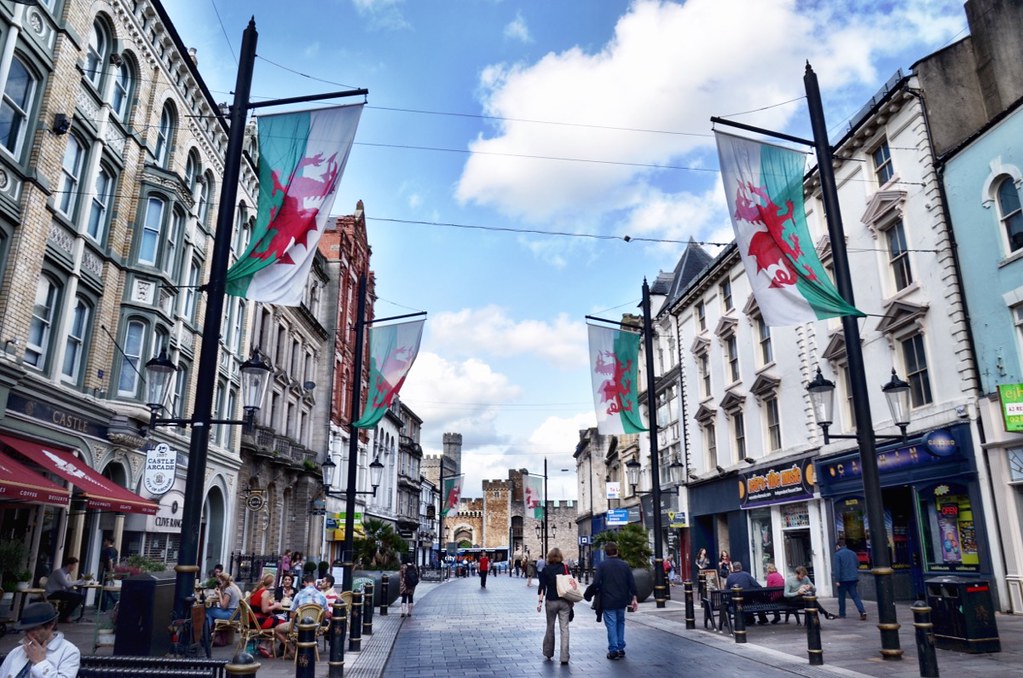 Wales may be best known for stunning coastlines and a fierce love of rugby, but as I recently learned, enjoying great food should also be high up on that list. While it was my second time visiting Wales, it was my first time there with food and all things culinary front of mind and I was honestly surprised by what I discovered. Thanks to its coasts, copious number of sheep and lush farms, the common dishes in Wales aren’t only amongst the freshest you’ll find almost anywhere, but they’re also the tastiest. I think it’s important for all visitors to Wales to include some foodie immersion time, so I wanted to share these fun ways to experience the best of Wales not only culturally, but also gastronomically.

For the last couple of years my favorite way to explore a new city is through a well-executed food tour. When done well, there’s no better way in my opinion to quickly learn about a city’s history, culture and of course food. In Cardiff that meant joining a fun exploration of the city with the company Loving Welsh Food. The company offers several options, but on that sunny early autumn morning I met my guide in front of Cardiff Castle for a Food and Drink Safari around town. It may be easy for foreign tourists to look at a map and assume that Welsh cuisine is similar to what’s found in neighboring England and it can be. But Wales also has a long and proud history and along with that very distinct culture also comes a very unique culinary heritage. Cardiff is the largest city in Wales, but the downtown center is very compact making it exceedingly walkable and perfect for food tours. Enjoying a traditional tea service, snacking on famous Welsh cheese and cured meats, learning more about traditional pub culture, watching as others enjoyed the uniquely Welsh laverbread and of course salivating as classic Welsh cakes were served up hot from the griddle, the day spent eating my way around Cardiff was undeniably fun, but it was also really interesting and informative. It was my first time in this beautiful city and I learned a lot that day about its history and the people who call it home. Even better, I saw a lot of the city itself, from the downtown core near the castle to the vibrant waterfront area around Cardiff Bay. I could not imagine a better way for visitors to quickly learn about Cardiff, but to also begin the slow process of really understanding what it is that makes Wales so very special.

Tasting foods is one thing, but it’s entirely different to roll up your sleeves and get a little dirty making your own great Welsh meal. Cooking classes are another great option if you have a few days in Wales and one of the region’s most famous is the Culinary Cottage, located amongst the rolling green hills of Abergavenny. Penny Lewis is one of the most remarkable people I’ve ever met. The personality behind this foodie concept, she only started cooking professionally later in life, her effort to do something different and to follow her true passions. I can certainly relate to that desire and it’s heartwarming to see the incredible success she’s enjoyed since making that difficult but rewarding transition. Cooking up Welsh classics for everyone from HM The Queen to some of the world’s elite, her stories are almost as savory as her food. Almost. I was there though to take one of her cooking classes she offers whenever she’s not traveling around the world, sharing what Welsh food is all about. The Cottage offers a variety of different cookery options, but that morning I was there to learn how to make a great Welsh dinner. One of the things I enjoyed most about this particular class is that the students did all the work. Unlike other cooking classes I’ve attended where the teacher eventually takes over, it was up to the students to ensure whether or not we’d have something edible to enjoy that day. I’ll write about the experience separately, but the menu was a fun one to create and naturally was delicious. Fresh leek and laverbread salad, beautifully prepared lamb stroganoff and those famous Welsh cakes, it was a wonderful opportunity to learn about the basics of Welsh food by making the dishes myself. There’s nothing better and the time spent in Penny’s kitchen was a fantastic immersion into this hearty but delicious cuisine. 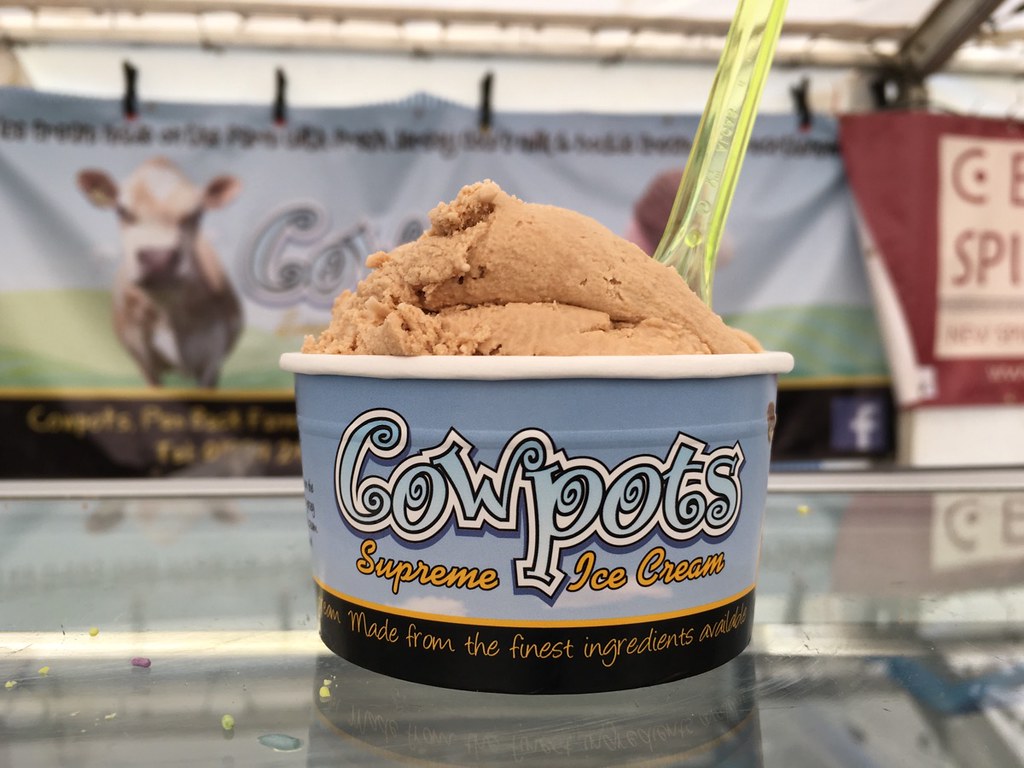 It’s impossible to spend any amount of time driving around Wales without noticing two things: there are a lot of sheep and seemingly countless farms cover the verdant green countryside. Thanks to this natural bounty, it only makes sense that chefs and food entrepreneurs have been inspired over the years and this in turn has lead to a rich calendar of food festivals throughout the year celebrating the best of Welsh food. I was lucky in that the weekend I was in Wales, the small town of Narberth hosted one such food festival. Walking onto the festival grounds I was shocked that a town of only about 2,000 people could host such a festival that was packed with vendors from around the region, sharing locally sourced and inspired goodies. Lamb burgers, those creamy Welsh cheeses I love, Welsh wine and mead and even ice cream made from those many cows and sheep I had seen all week – these were some of the expected highlights of the festival. There were also some surprises, including beautifully cured giant cloves of garlic and sweets and pastries in every shape and size. But the best part of the festival was just being there. It was packed and everyone was enjoying the beautiful day with a warm smile on their faces. It was fun and feeling like I was part of the community, if only for a couple of hours, was the perfect way to end my culinary immersion in Wales.

This is just a teaser into what I will eventually share about Welsh cuisine. I was surprised, in a very good way, about what I discovered as I ate my way around the country but it was about more than just stuffing my face. By exploring the country through the palate, it added a new layer of complexity to Wales. Instead of just enjoying the region for its natural beauty or history, I’m now able to appreciate its food and culture in a way I hadn’t been able to previously and that’s worth more than a simple ice cream cone. Although, I certainly wouldn’t turn down an ice cream if offered.

2 thoughts on “Three Not To Miss Food Experiences in Wales”