I didn’t have to visit Reykjavik. On my third trip I tackled the south coast of Iceland, and could easily have bypassed the capital city on the way back to the airport. Unlike some other cities, Reykjavik isn’t really close to the international airport Keflavik, and it’s very easy to fly in, explore Iceland and not once step foot into the downtown heart of Reykjavik. But that would be a travesty and a mistake, because not so surprisingly, Reykjavik is just as special and surprising as the rest of this small island nation. Even though I have no real need to continue spending time in Reykjavik, I always do when I visit Iceland so I thought I’d share a few reasons why it’s a special place and what makes it so much fun to visit again and again.

I write about Iceland a lot and as such, I tend to receive a lot of questions asking for advice from would-be travelers. One itinerary item that in my opinion is non-negotiable is including enough time to explore Reykjavik. I know, everyone wants to get out and see the beautiful countryside and scenic landscapes and they should. But the capital city deserves just as much time, at least on that first visit. The downtown core where most of the major sights are located is compact and very walkable. It’s also where the majority of hotels are located, so it all works well together to create a wonderful first time experience. One thing I struggled with though on that first visit four years ago was what to do exactly. Personally, strolling around a new city and getting a sense of the vibe is an experience in its own right, but there are a few other things to do as well. Some personal highlights for me include:

There’s obviously a lot more to see and do in the city, but for me these experiences are my most favorite and I think represent the spirit of the city fairly well. But why is it that I keep going back?

Sometimes we encounter new cities or even countries that just feel right. We don’t know why, we can’t explain or quantify it, it just is. For me, Reykjavik and even Iceland as a whole fall into this very special category. It’s one of the few places in the world that I not only enjoy returning to, I actively plan new trips as soon as the previous ones have finished. No, I probably don’t need to go to Reykjavik every time I’m in Iceland, it’s easy enough to skip and drive around. I’ve seen all of the sights, I’ve experienced life in the city and so it’s not from a traveler’s point of view that I keep returning. I go back because I love it. I love the feeling of the city with its brightly colored, Danish inspired buildings, the wind coming off the water, the beautifully laid back feel and the spirit of the downtown tourist core itself. Yes, due to Iceland’s incredible rise in global popularity, the downtown is touristy at times, but that’s ok. Because next to that puffin shop (what locals call souvenir stores) can be a fabulous restaurant, or an old building with surprising stories to tell. Most importantly though, I return to Reykjavik to greet an old friend. It’s like falling back into a rhythm with someone you haven’t seen in years. Although time has passed, you pick up right where you left off. That’s Reykjavik for me and I love it.

At first blush Reykjavik seems small, and by most global standards it is. Reykjavik is home to around 121,000 people, actually pretty impressive when you consider that only 329,000 people live in the entire country. But it is the capital city, it is where business and culture is centered and there is much more to experience than you may at first realize. At least, I know that was the case for me. Museums, public art and more day tours leaving from the city center than you could ever imagine are all found here. But it’s also in an incredible state of growth, fueled by the international tourism demand. Even in the year since my last visit, new buildings, hotels and even entire neighborhoods have sprung up with plenty more construction ongoing. Reykjavik is growing and adapting and it’s exciting to see. Before my last visit I did a little research though and found a walking tour that I hoped would help me better understand the city and country and appreciate the importance of the growth that’s going on at the moment. The tour wasn’t only excellent, it was incredibly informative and I walked away respecting the Icelandic people even more than I had before, an amazing accomplishment really.

The financial crisis of 2008 hit Iceland unlike any other country in the world. Due to incredibly overleveraged banks, the country had no other choice but to declare bankruptcy, a rarity amongst nations. The Walk the Crash tour explores what led to the Icelandic financial miracle of the early 2000s, the subsequent crash and then the rebuilding into a stable economy in what is ultimately a very short period of time. It was a fascinating look not only at the history of the country, but also the people and culture. I learned more about Icelanders that morning than I had on any previous trip, while exploring areas of the city completely new to me. It was fun, it was informative and it was engaging – just what any great walking tour should be. 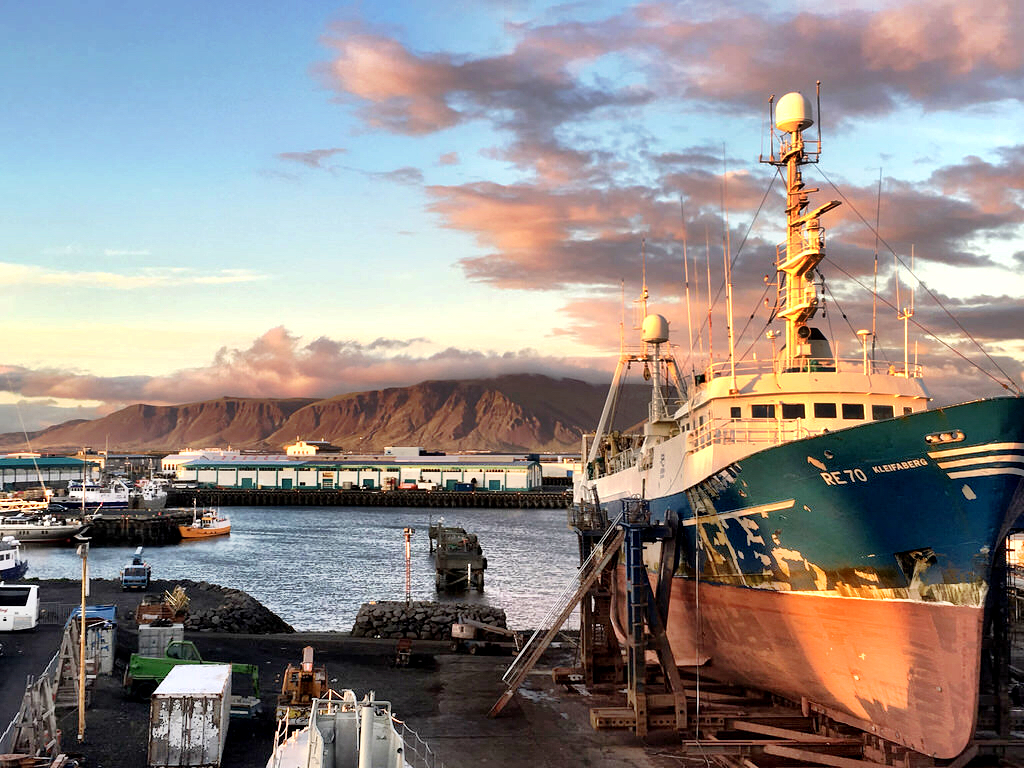 During my last visit I also stayed in a different area of town, the Marina district at the beautiful Icelandair Hotel Reykjavik Marina. This is an area of town that is going through a lot of change, slowly incorporating shops and restaurants along a still-working waterfront. The hotel itself was beautiful inside and out and was still very well positioned to enjoy the best of the city. Visiting new-to-you areas of Reykjavik is one thing, but it’s even better to spend a night or two in different neighborhoods to even better understand the city. 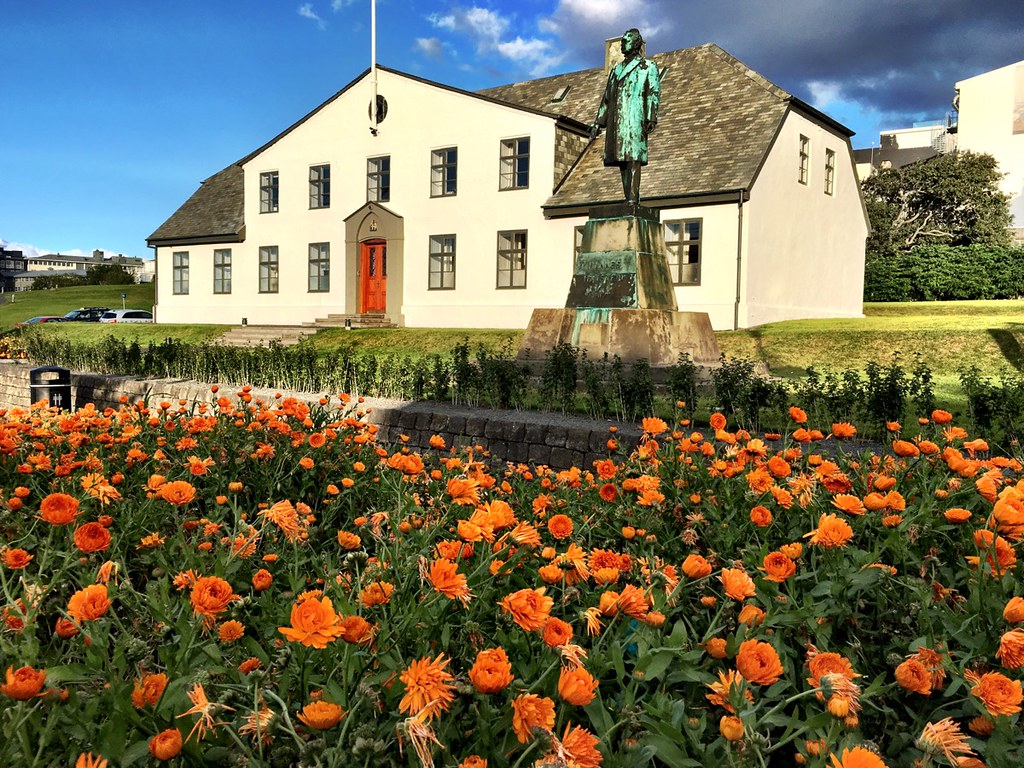 As I’ve already written in this post a few times, I just really enjoy being in Reykjavik for the sole reason of being in Reykjavik. The culture, the people and everything else about it make sense to me, we click and it’s a mini-homecoming when I’m there. I have a favorite restaurant (Italia Restaurant) I always patronize when I’m in town, I have a favorite walk I try to do and I have a favorite cafe to grab a quick cup of coffee. It’s nice to have those familiar places, establishments that make me feel a little less like an awkward tourist and more like someone returning to a familiar place. Iceland is also wonderfully quirky, the national personality is independent and driven but also accepting and warm-hearted. Iceland was isolated for centuries, creating familial ties almost unlike any other place on the planet. In Iceland there aren’t 7 degrees of separation, more like 1 or 2. It’s the “Cheers” amongst the pantheon of nations, a place where everyone knows your name and is glad you’re there. 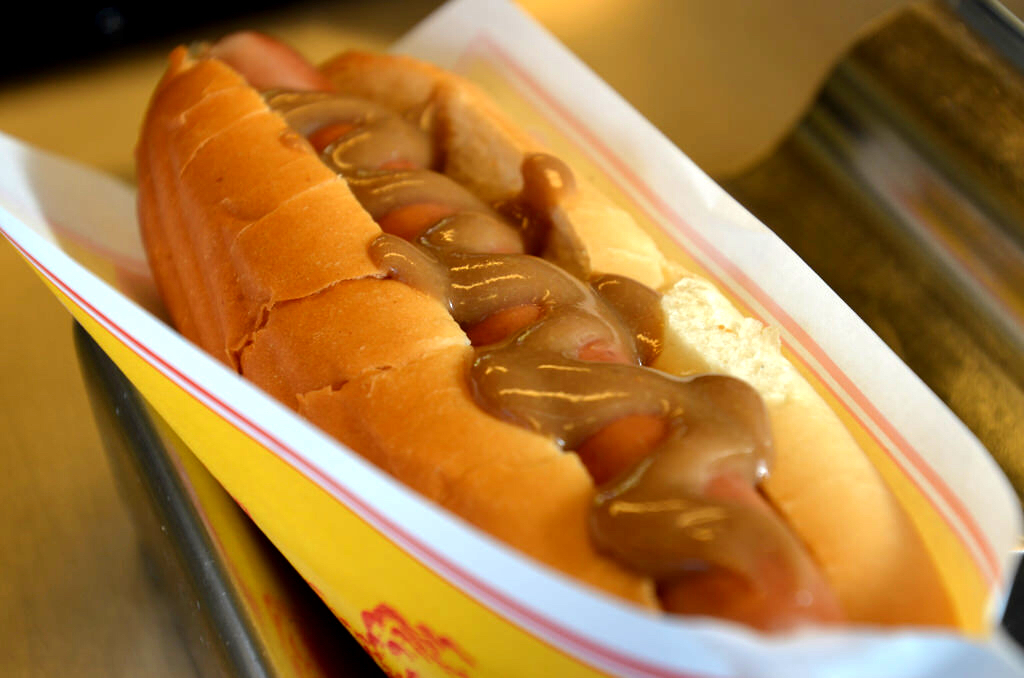 A few of the more fun reasons though why I love Reykjavik include:

Not everyone will like Reykjavik and that’s fine. In the winter it is dark and dreary with a wind unlike anything else I’ve ever encountered. But even then, when the sun seems to have run away forever, there are still aspects to this great world capital to love and admire, you just have to seek them out. I guess that’s my ultimate bit of advice about Reykjavik. Spend time there getting to know it, to understand it and appreciate it. Walk away from the puffin shops and walk a few blocks deeper into the city, try to learn about it not as a voyeur but a curious visitor and then I think you’ll start to enjoy returning here as much as I do.