As I’ve written about in a couple of posts already, my weekend spent at the Fogo Island Inn on Fogo Island in Newfoundland, was amongst the best I’ve experienced in a long time. While my weekend spent getting to know this quirky island community was insightful, it was also fun and that was due in large part to the activities I participated in while staying at the Inn. The Fogo Island Inn offers dozens of experiences to guests, guaranteeing that you can do as much (or as little) as you want when you visit. These aren’t your run-of –the-mill, sit by the water type of activities either, most of them offer immersive experiences helping guests get to know and understand the island community. My personal highlight, and what surely must be one of the best activities offered by the Inn, was spending the day out on the water traveling over to the Little Fogo Islands. 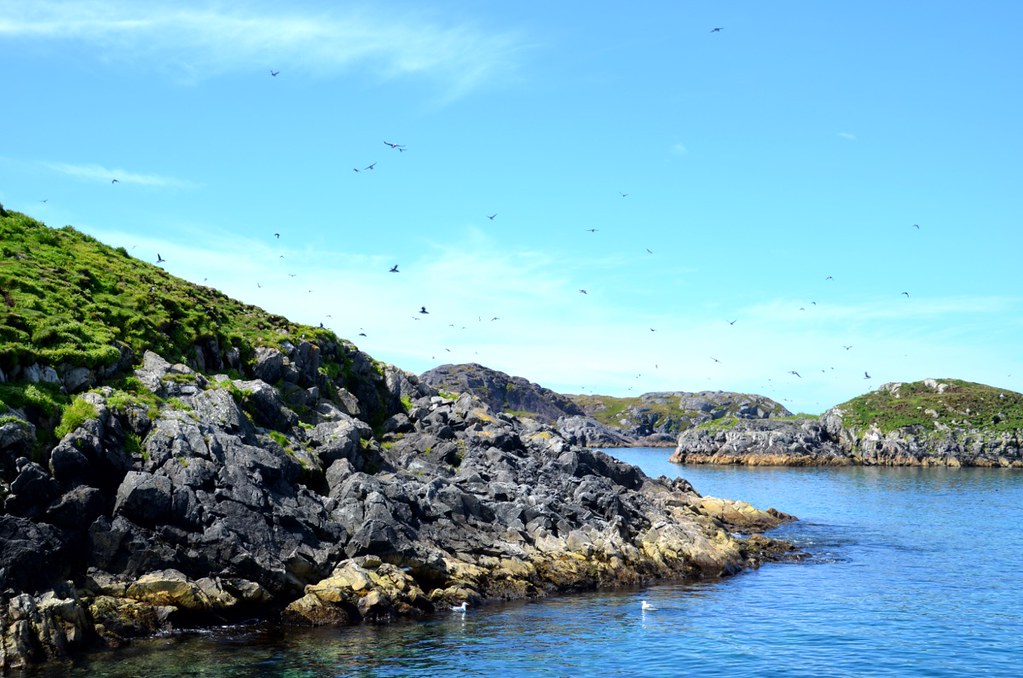 What are the Little Fogo Islands?

Fogo Island isn’t large and so when I learned of an even smaller island located off the coast of Joe Batt’s Arm near the Fogo Island Inn, I was excited to visit. Little Fogo Island is known as a resettled community, which simply means that years ago residents were resettled elsewhere for their own health and safety. But at one point this was a thriving community and while people haven’t lived here year-round for decades, it’s still very easy to see the community as it once was. 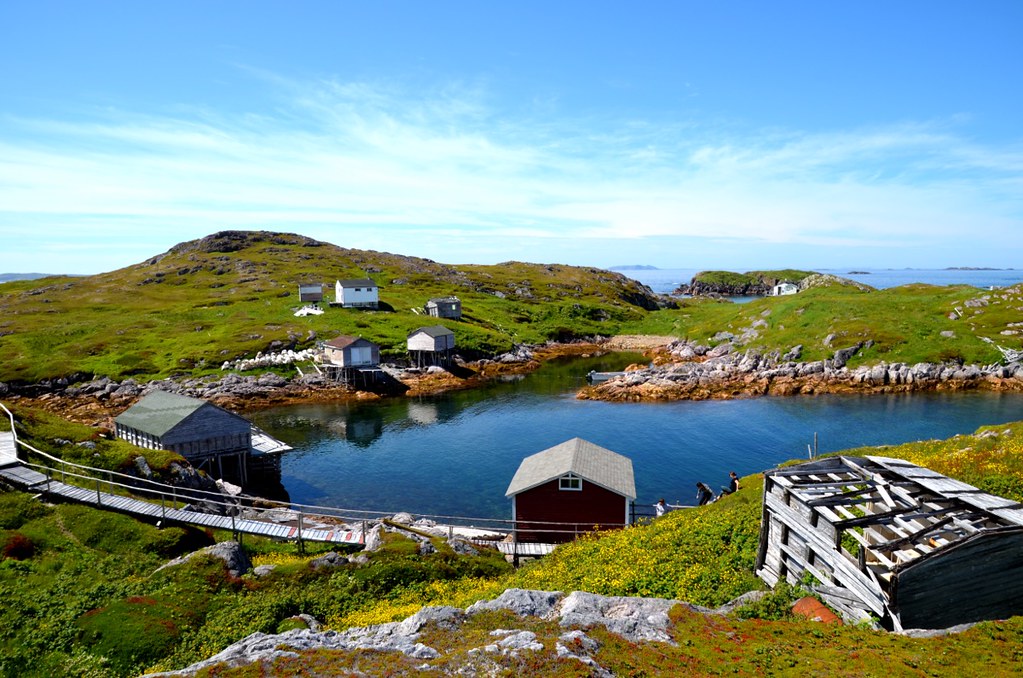 One of the aspects of visiting Fogo Island that I loved the most, was how tied to the history of the community residents are. In most cases, the folks that call the island home have long ties to the island going back for several generations. I saw this once again when landing on Little Fogo Island and visiting the small fishing shack owned by the boat captain. Apparently his great-grandfather had built it originally, back when people lived on the island fulltime. To residents of Fogo this may seem normal, but to me and other non-Fogo residents, it’s extraordinary and I think it’s wonderfully amazing that such historical ties have been maintained over the years. It was also this personal connection that made the day trip out there so much fun. 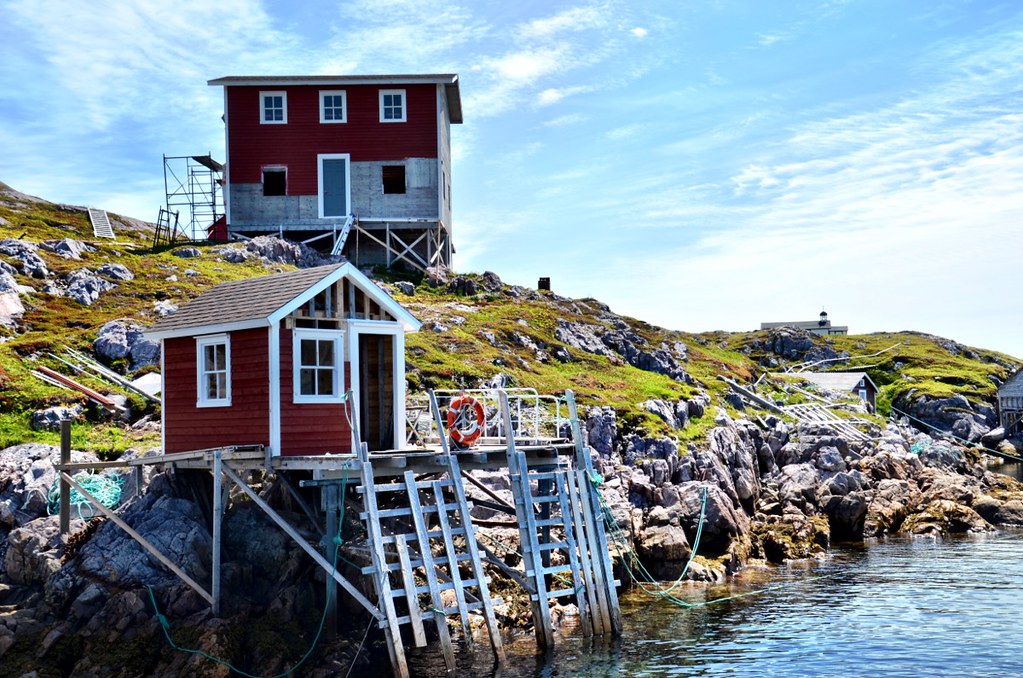 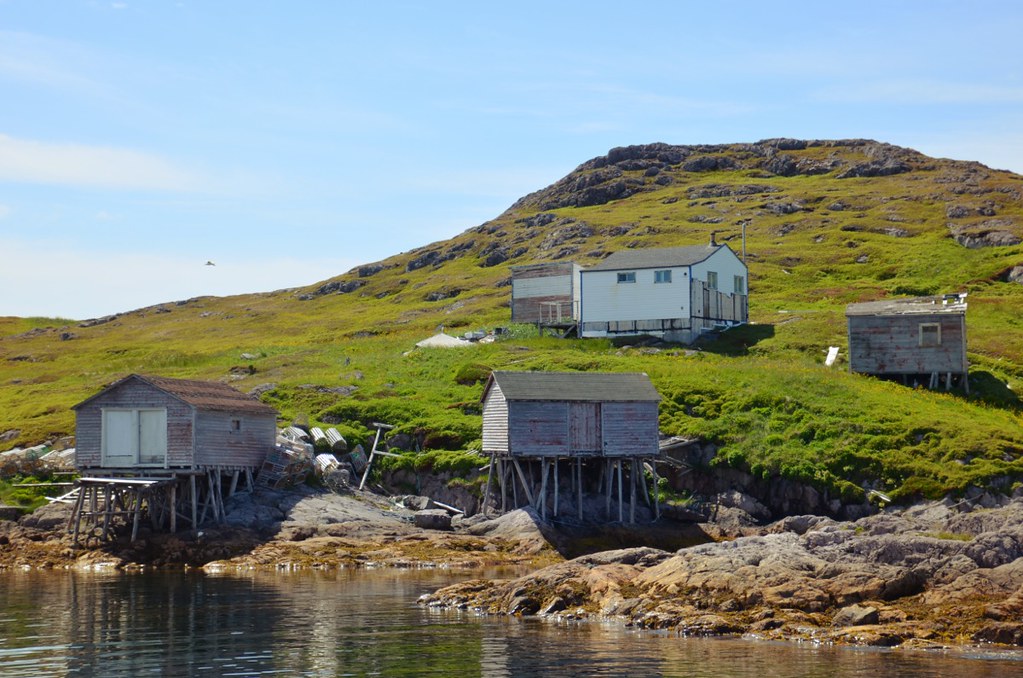 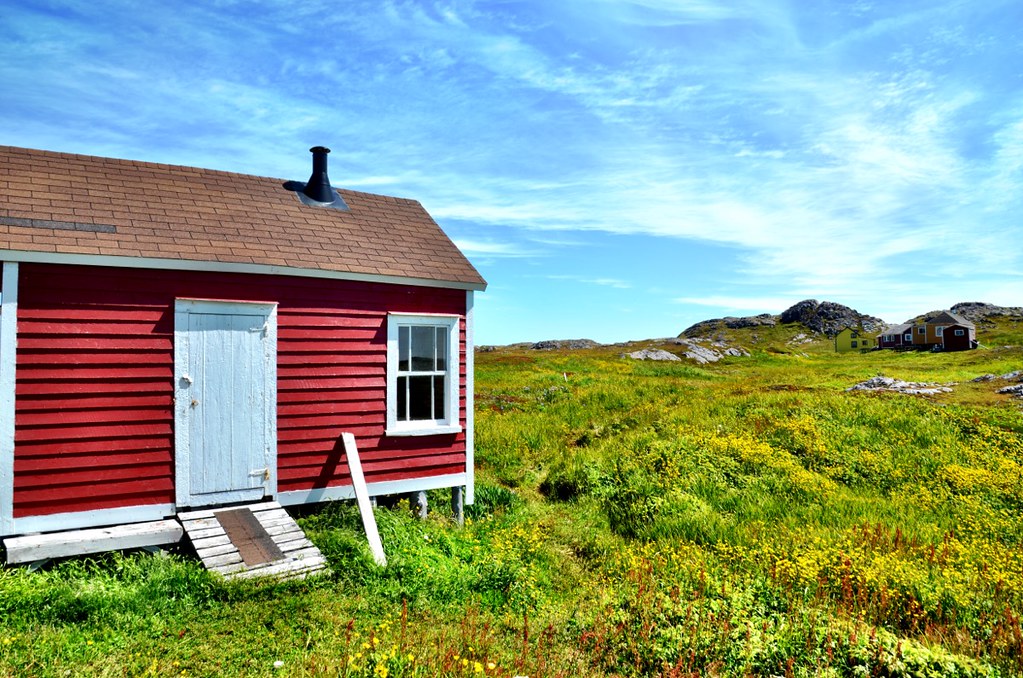 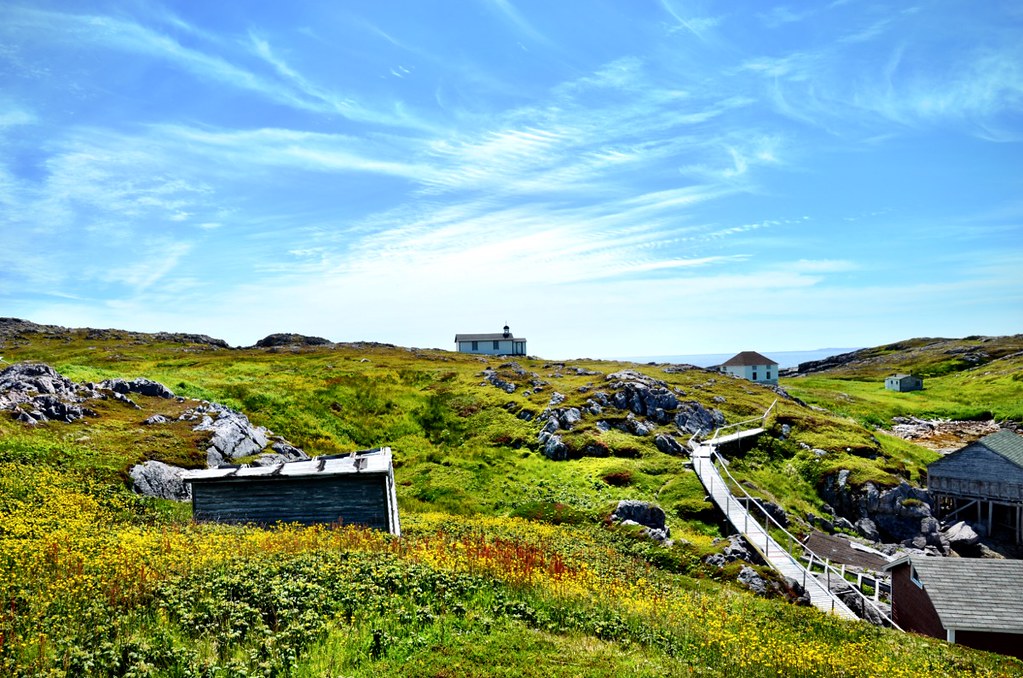 There’s nothing like hearing the personal stories of the island from a local, someone with historically deep ties to the land and communities to make even a small and remote place like Little Fogo Island spring to life. He’s not alone either, many families have maintained the small shacks and buildings on the island as a quick escape during the summer months or as a shelter to use when fishing. The result is a small community in remarkably good shape except that no one actually lives there. Bounding around the hills near the harbor, I was like a kid exploring and discovering the beauty of the island for myself. 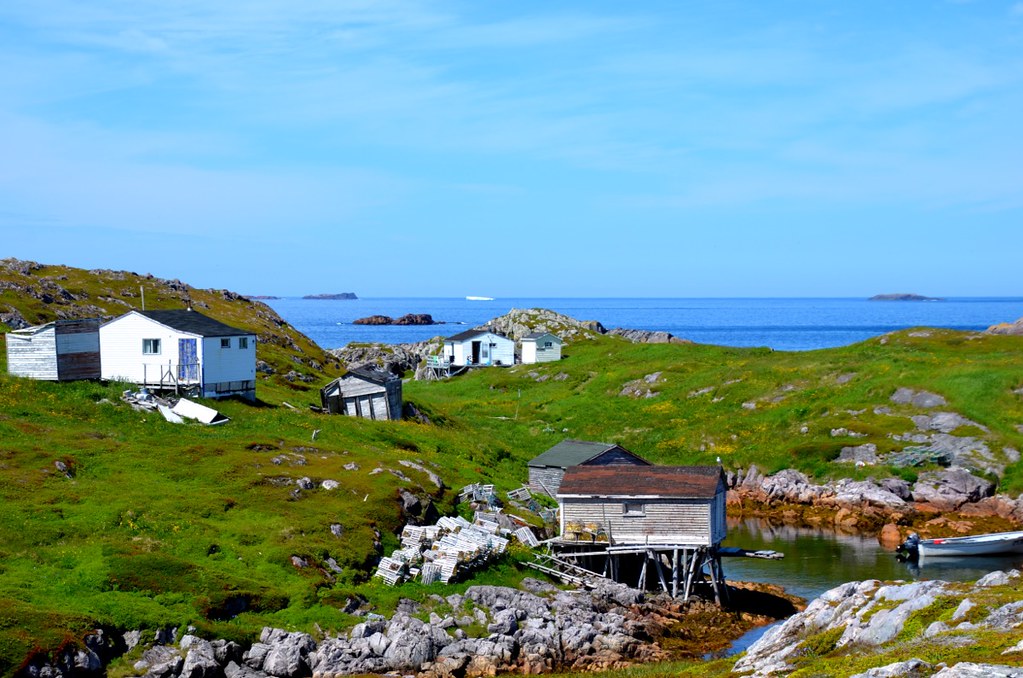 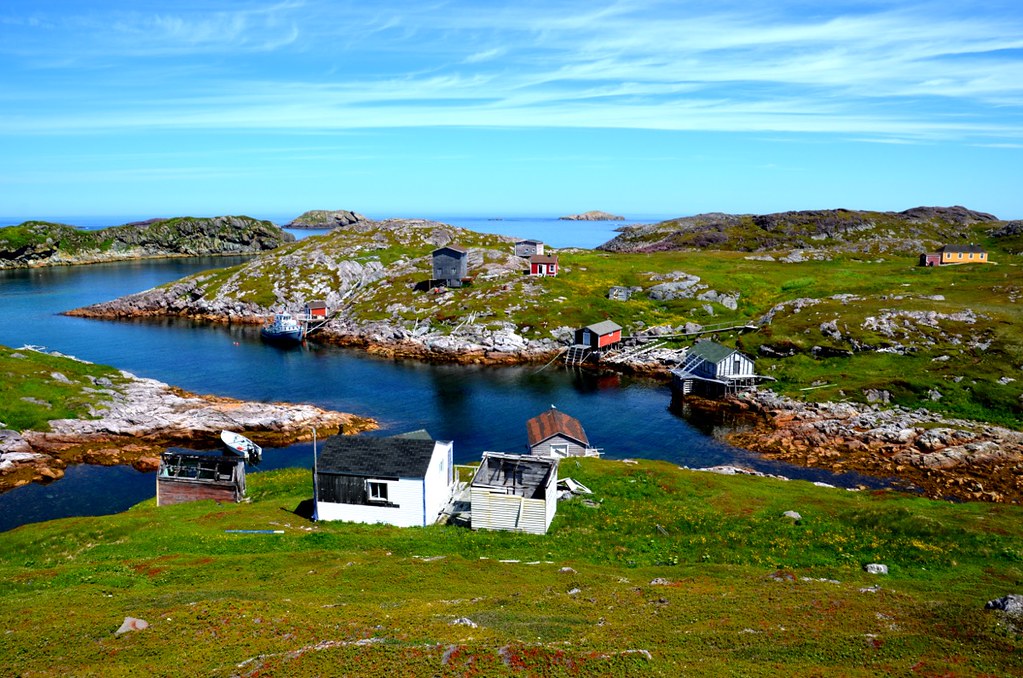 In addition to the small shacks there is one important historic structure still in place, St. Anne’s Roman Catholic Church. Built in 1887, this small church is a window back in time, a look into what life looked like in rural Newfoundland in the 19th and early 20th centuries. The church is still lovingly maintained and inside a guest registry shows a surprising number of visitors who make the trek out here every year. Once a year there is even a special pilgrimage to the church, led by a visiting priest who holds a mass in honor of the island’s departed residents. It’s a sweet and poignant reminder as to how important these sites are to preserve, not just for their historical value, but for their cultural importance as well. 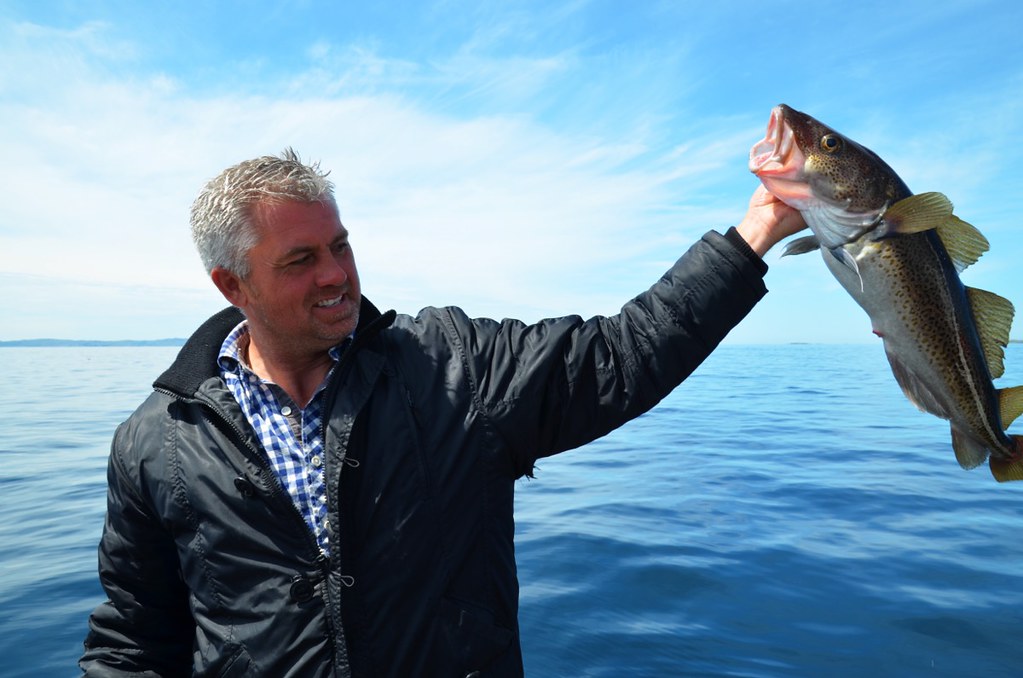 More than just an island tour

The day out on the water coordinated as an activity for guests by the Fogo Island Inn was easily the best experience I enjoyed during my weekend visiting; and I’m not alone in that feeling. Chatting with other guests, they too felt as if they had unlocked a great secret and they eagerly began encouraging other guests to book the same experience. Starting off with a hunt for rogue icebergs out on the water, followed by a visit to Little Fogo Island and then concluding with a lesson in cod jigging, the day out on the water is everything that is great about the island and even the province in a neat and compact package. 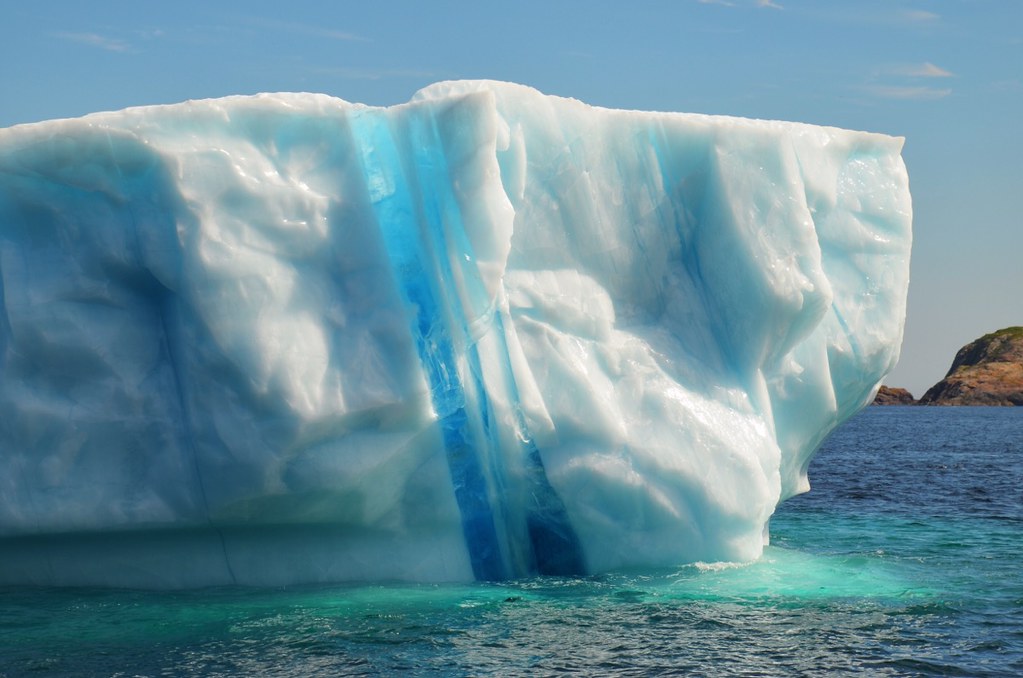 It highlights the natural beauty of the region, but also shares the stories of the people who live there. Newfoundland and Labrador is a province of storytellers, and they’re all eager to share their favorite tales with visitors. That, more than anything else, was my great lesson from a day out on the water and for that I am (once again) incredibly thankful to the island for that special moment in time.

4 thoughts on “Visiting the Little Fogo Islands in Newfoundland: An Unexpected Day Trip”