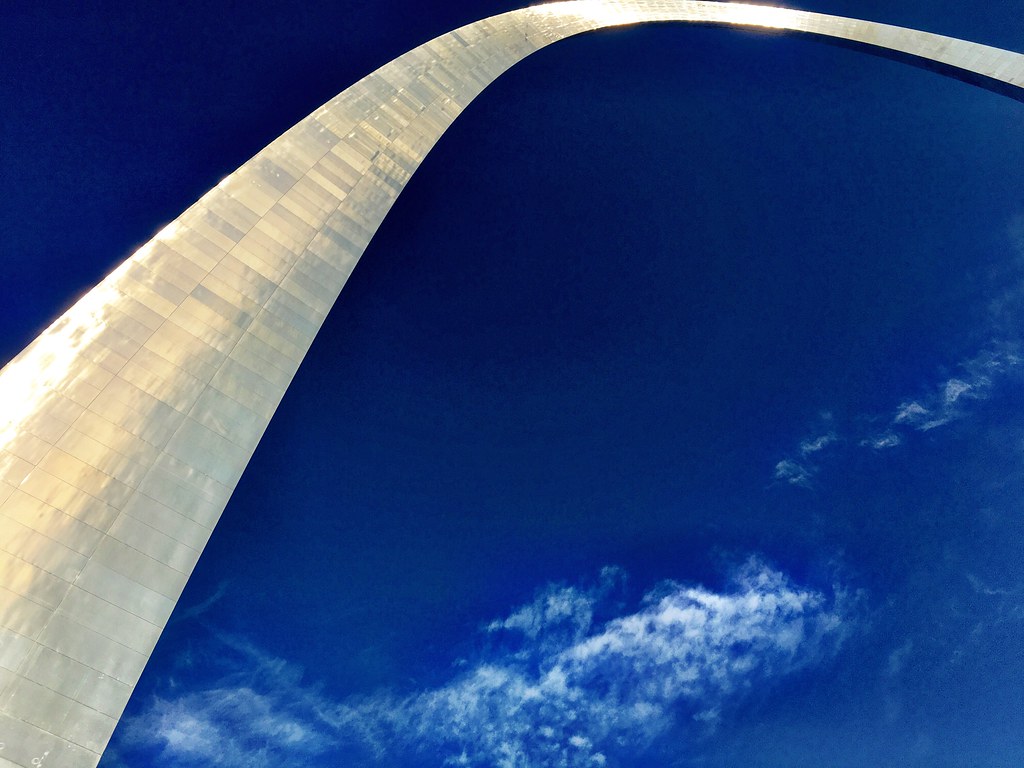 The week I spent touring the country in partnership with The Ritz-Carlton was fun, but it was also a whirlwind. Five cities in six days meant that I could only touch upon the very basics of what makes each city so interesting and fun to visit and while I think I walked away with great experiences, I know there’s so much to see and do. St. Louis was a little different, not because I had more time – I didn’t – but because the experiences in this great city resonated with me on a different level for some reason. More than just ticking items off of a list, I felt inspired by my journey through America’s Gateway to the West and so I thought I’d share a few reasons why I didn’t just love my time in St. Louis, but I felt as if my day there was impactful in a meaningful way.

From the patio of The Ritz-Carlton, St. Louis I could see the hazy silhouette of the St. Louis skyline in the distance. The sun was setting and I was excited to once again visit this truly great American city. When I was in middle school I lived briefly in Missouri, visiting the “Big City” on more than one occasion. But that was thirty years ago and I needed a brand new look at the city, to relearn it while at the same time remembering everything that makes it so great in the first place. There was no better place for me to start than by a visit to the Gateway Arch. This 630 foot tall monument is certainly one of the strangest landmarks in the country, but it’s thanks to that unique architecture that it’s also one of the most beautiful. I sadly don’t think a design as forward-thinking as this would be built today, but it was the winning concept back in the 1960s when it was constructed as a nod to the importance of St. Louis in the western expansion of the United States. Now a National Park, visitors can purchase timed tickets to take the 3-minute tram ride to the top of this mighty structure, which is exactly what I did first thing in the morning.

I could tell it was going to be another hot day, but the skies were clear as I looked out across St. Louis in one direction and then towards the mighty Mississippi River and Illinois in the other. It was beautiful, and I wasn’t the only one who stood there transfixed by the scenes below. So much more than just a panoramic window, standing there stirred up something deep inside, a respect for the amazing growth and progress this country has seen over the years. That river and then all of the lands westward were the goals of so many people in the 19th century; people who wanted to improve their lots in life by taking the biggest chance they could imagine. Some succeeded and others failed, but in the process they created the country we know and love today.

Standing under the incredible Arch itself, the sun twinkling off of the stainless steel I couldn’t help but be drawn in by its inherent beauty. It’s a languid monument, with no rough edges it seems to flow almost like the Mississippi that runs alongside it. The power of its design and its symbolism was the first moment of inspiration for me that day, inspiration that eventually took many forms and had the total effect of making me consider new actions and options in my own life. 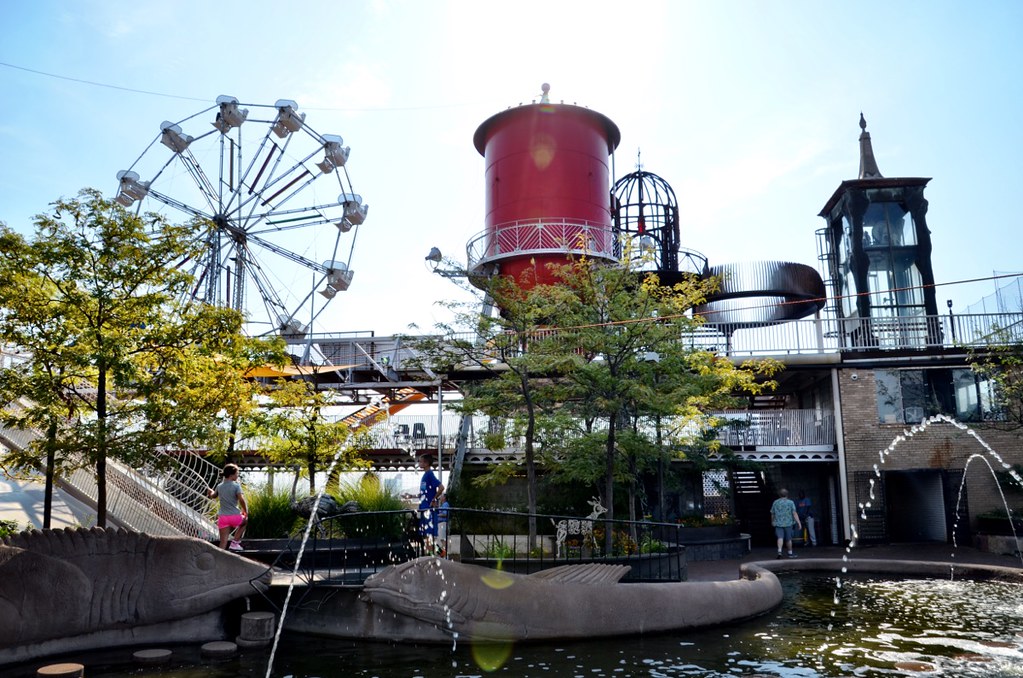 Maybe the city has always been this way, but throughout my exploration of St. Louis I discovered a rich and interesting museum culture spanning many interests and genres. I only had time to visit a few of them, but the ones I decided to patronize I think show the creative spirit of the city and I know I walked away inspired in ways I wouldn’t have believed.

The City Museum is a strange place, and I’m still not completely sure that I understand what it is exactly. If anything can be said of it though, it’s that this unique museum experience is the epitome of the creative spirit. To be blunt, the City Museum is not your average museum, but it never wanted to be. Created by artist Bob Cassilly in 1995, the concept is a playhouse museum where everything can be touched, played on or otherwise contorted. Home to a wide variety of eclectic objects and “exhibits” the City Museum encourages the imaginative spirit in a way I’ve never before seen. It’s weird, but it’s fun, which is why it’s often named as one of the great public spaces in the world. While I didn’t necessarily click with the museum, it’s hard not to be inspired by the incredible levels of creativity on display around every corner of it. Sure, it’s a more visual style of artistry than what I do, but the underlying creative spirit is the same and it helped awaken in me those creative impulses that led to the creation of LandLopers in the first place. I needed that reminder, I needed a kick in the pants and when added to all of my other experiences throughout the day, was the match that lit the flame of innovation for me personally. 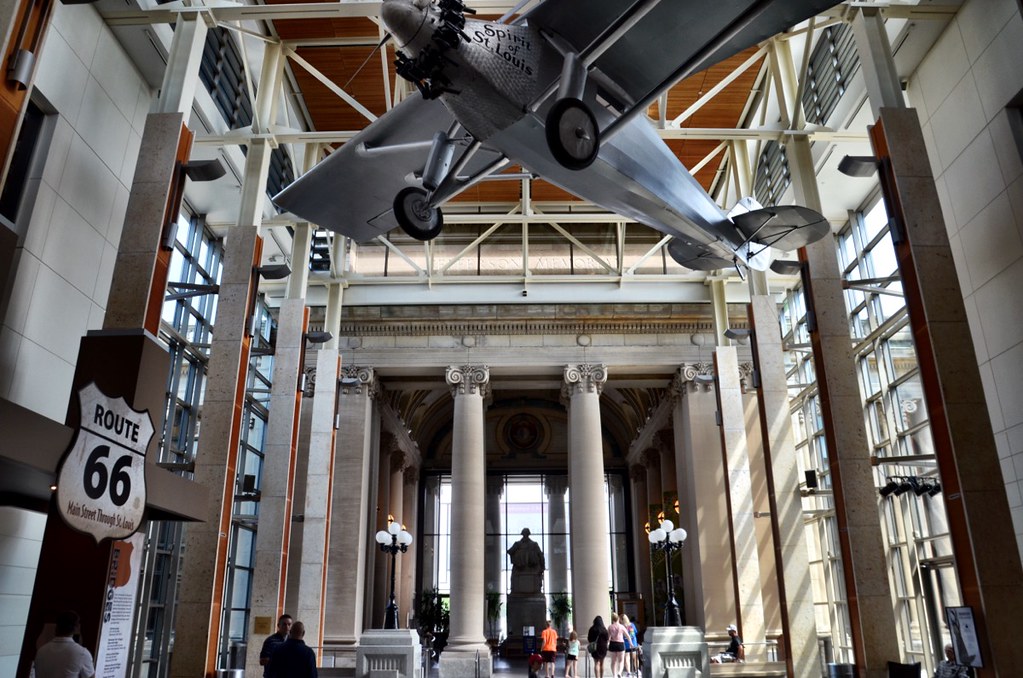 Before my trip to St. Louis, I reached out to The Ritz-Carlton, St. Louis to ask for their recommendations on what I should see and do. Online guides are great, but hearing from locals what they think is important to see is much more valuable. One of the items on the list they provided was new to me; I hadn’t considered it but immediately I was intrigued. Running through July 2017, the Missouri History Museum has a special exhibit all about Route 66 and as soon as I learned of it, I knew that I had to visit. Route 66 has long intrigued me, for its history and importance in pop culture, but also for the spirit of adventure it inspires and I couldn’t miss a chance to learn more about it at the museum.

The Missouri History Museum impressed me immediately. Located in Forest Park, very close also to The Ritz-Carlton, St. Louis, this free-to-enter museum highlights Missouri history, from before statehood to the modern era. I don’t think I expected it to be as interesting as it was, but within a few minutes of my visit I knew that it was a museum I would love and indeed, I would easily call it one of my favorites anywhere in the world. A large part of that is thanks to their special exhibits, some short-term and others longer lasting, including the popular collection Route 66: Main Street Through St. Louis. The exhibit does have a focus on the local sections of Route 66, but tells those unique stories against the broader background of the Mother Road itself. Expertly presented, I was enthralled as I listened to stories of people who lived and worked along the Route, as well as marveling at the items on display. Before I even left the building I had made my decision. I would finally realize one of my great travel dreams and start planning my own drive back in time along this most famous of American roads. 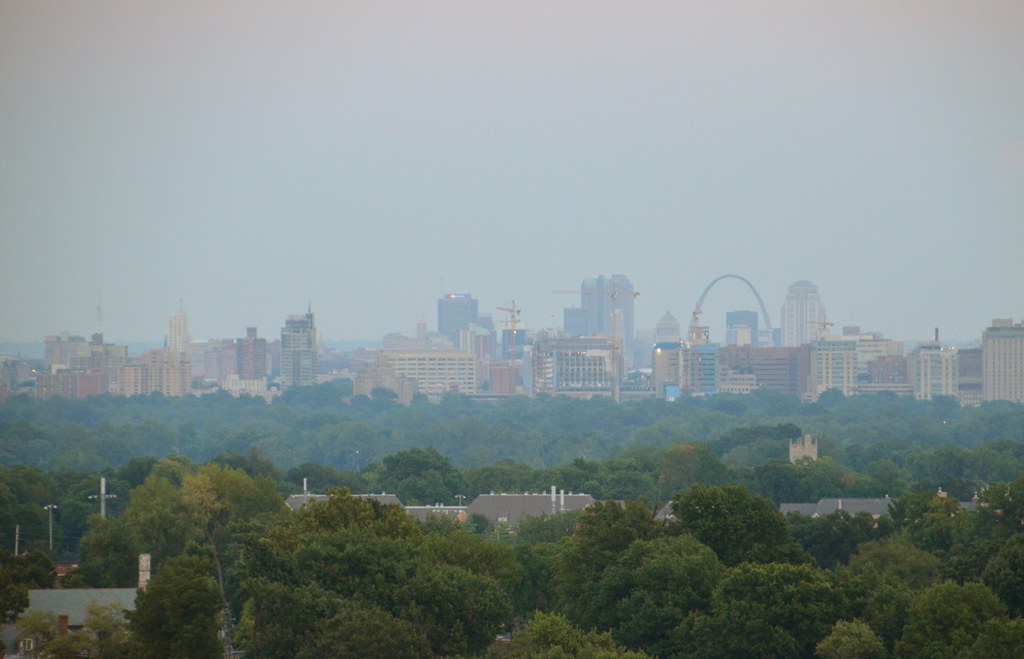 The Ritz-Carlton, St. Louis is located in the suburb of Clayton; close enough to get in and out of the city quickly, but also calling home the beautiful and massive Forest Park where I discovered the Missouri History Museum as well as some peace and quiet. It’s the perfect location really to both enjoy the city while being able to relax, and it was in this setting where I was able to reflect upon my day in the city. The hotel also honors St. Louis in any number of ways, but especially through its food offerings, including those toasted ravioli I had come to know and love. It all came together in the perfect package of St. Louis-ness and provided me the unique opportunity to figure out why exactly my brain was racing and my heart thumping. I was excited, excited for adventure and change but I wasn’t exactly sure why.

Sometimes in life we can fall into traps of routine. Things are going well, so you just keep doing what you’ve been doing thinking that life will continue ahead unadulterated. And you know what, many times that’s what happens. But in order to affect real change in life, in order to take things to another level innovation is key. You always have to keep changing and for me, that is the lesson I remembered in St. Louis. The beauty of the Arch and the creative spirit alive and well in both the City Museum as well as the National Blues Museum definitely inspired me, but as I’ve already mentioned, it wasn’t until my random visit to the Route 66 exhibit in the Missouri History Museum that I was motivated to act on these inspirations.

I made a decision that day, I felt the need to unleash my own creative spirit once again and to feel the excitement of adventure and what better way than to tackle a travel adventure that’s been on my bucket list for as long as I can remember. I bought a collection of maps at the Route 66 exhibit, reproductions of vintage maps all pointing to a bygone but much romanticized era in our history. I want to not only see those quirky places listed so lovingly in the indices, but I want to experience them. I want to drive the Mother Road, the wind in my hair and the great spirit of the country motivating me along the way. So I started then and there the process of planning my own epic adventure along Route 66. Currently, I’m hoping for a May 2017 drive, but that’s flexible. More important than the details is the fact that I’m finally going to do it. Throwing caution to the wind, I want this experience, I want to visit those uniquely American spots on the map and I want to once again reconnect with my own creative and adventurous spirit. That’s what St. Louis gave me on that all too brief day in the city. It rekindled all of those emotions and thoughts I had allowed to grow dormant in the last year or so and now that they’ve been brought back to life, I know instead of atrophying, they will continue to grow stronger and more durable. That was my experience though, St. Louis is such a uniquely interesting city I know everyone will have their own moments of satori, of travel enlightenment, because that’s the power that amazing cities have. They dazzle and amaze, but they also inspire and motivate. And for that, I’m very thankful.

2 thoughts on “St. Louis: How A Day Playing Tourist Rekindled My Creative Spirit”