Driving along the leafy boulevards of Bad Wildungen, I felt like I had left the rural German countryside and entered a seaside resort town. You know the kind of place, where restaurants and cafes line every street, along with stores full of swimsuits and other beachy necessities everyone appears to leave at home. The problem with this feeling was that I wasn’t anywhere close to the ocean and I was indeed still firmly entrenched in the woody landscapes of central Germany. No, instead of a beach town I discovered the German equivalent – a spa resort. German spa towns are a big deal and entire articles could be, and have been, written about them. They’re important culturally in Germany and have been for a very long time. But Bad Wildungen isn’t your average spa town though because, in addition to its famous curative waters, there is something else, the reason I was there in the first place. This is the home of Snow White and the Seven Dwarfs and I was excited to spend the day tracing the roots of this famous fairy tale. 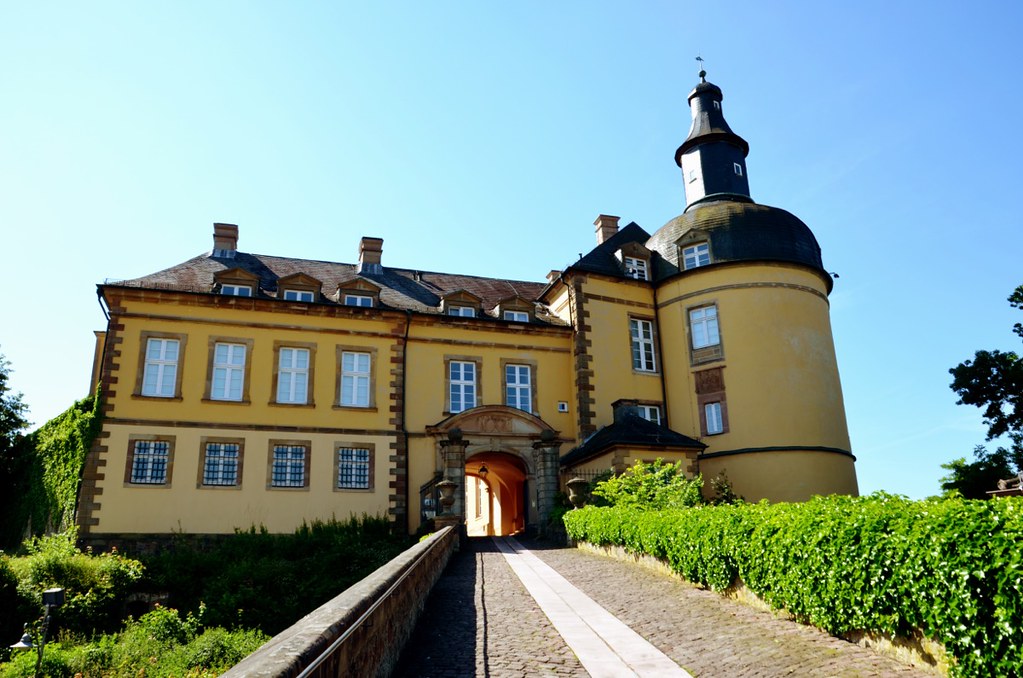 I was about midway on my drive following Germany’s Fairy Tale Route. This 370-mile route starts in Hanau and ends in Bremen, featuring the cities, natural landscapes and landmarks that both celebrate the Brothers Grimm as well as inspired them. The German countryside doesn’t often get the attention it deserves, just one of many travel revelations I had while visiting Friedrichstein Castle looking down upon a perfectly formed medieval town. The Town Hall and church were in the middle, and those orange-tiled homes I had come to know and love spread out from the center. It looked quiet and serene from high on top of the hill with the colorful baroque castle standing guard. I soon learned though that this small town is an ancient place, one that has been attracting people for centuries thanks to its most important commodity, water. 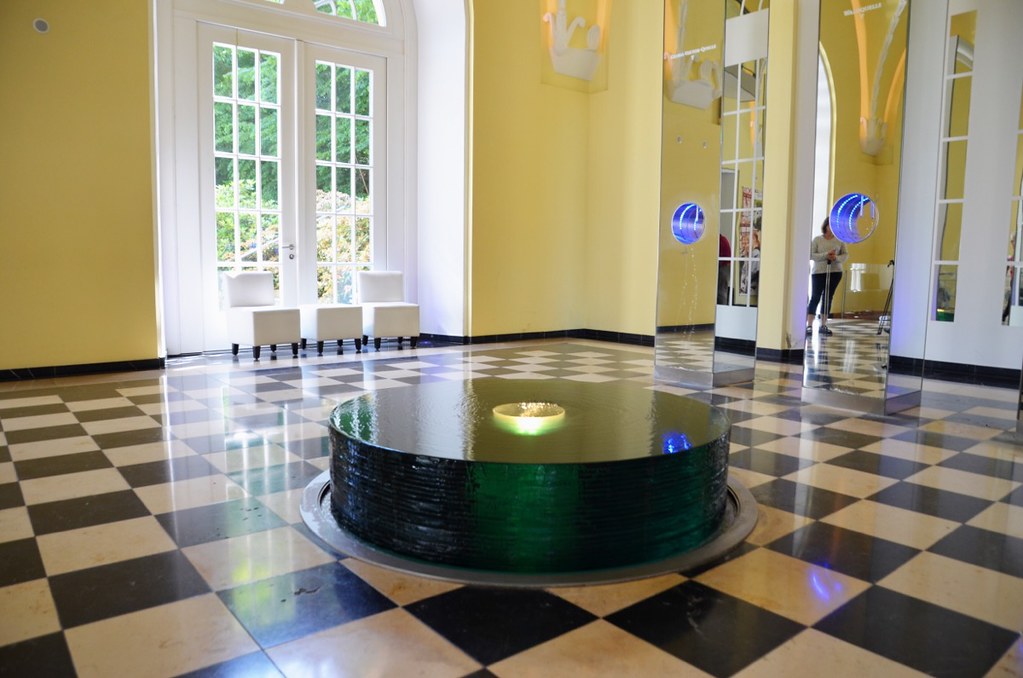 It seems that people have been traveling to Bad Wildungen since forever in search of its waters, and in all likelihood that’s true. We know that natural springs, especially mineral springs like the ones found all around town, were extremely important to our prehistoric ancestors, and that interest has never really ever waned. In a country full of spas, this is one of the most famous with 18 healing springs that bring forth water known especially to help with cardiac and circulatory problems, kidney and urinary tract issues and even metabolic disorders. Clinics are found all around town and thousands come every year to spend some time relaxing and being cured of whatever ails them. Walking into the main facility, I was surprised to see that the water is available free of charge. Visitors are welcome to bring bottles to fill up with the famous mineral water, or just enjoy a glass onsite. While a little bitter and sulphury at first taste, I soon got used to the strange flavor all in the hopes of seeing the same results that millions have sworn by for centuries. While the water in Bad Wildungen may be what the town is best known for, most visitors would be surprised to learn that the very real Snow White tasted these same mineral waters when she lived here more than 450 years ago.

Born in 1553, Margaretha von Waldeck was the daughter of the Count of Waldeck-Wildungen but left the town when she was 16 to live a new life amongst other European royals in Brussels. She soon caught the eye of the future king of Spain who became infatuated with her. As you can guess, the story didn’t end well. She was not the “right” match for Phillip II due to a variety of political reasons and when she was 21, she was slowly poisoned to death. Nothing is known for sure, but all signs point to the fact that the future king’s family played a major roll in her death. This alone doesn’t necessarily point towards the Snow White myth, but when you add in the fact that Margaretha’s family also owned the local copper mine where the working conditions severely stunted worker’s growth, and you finally have what appears in all likelihood to be at least the inspiration of Snow White and the Seven Dwarfs. 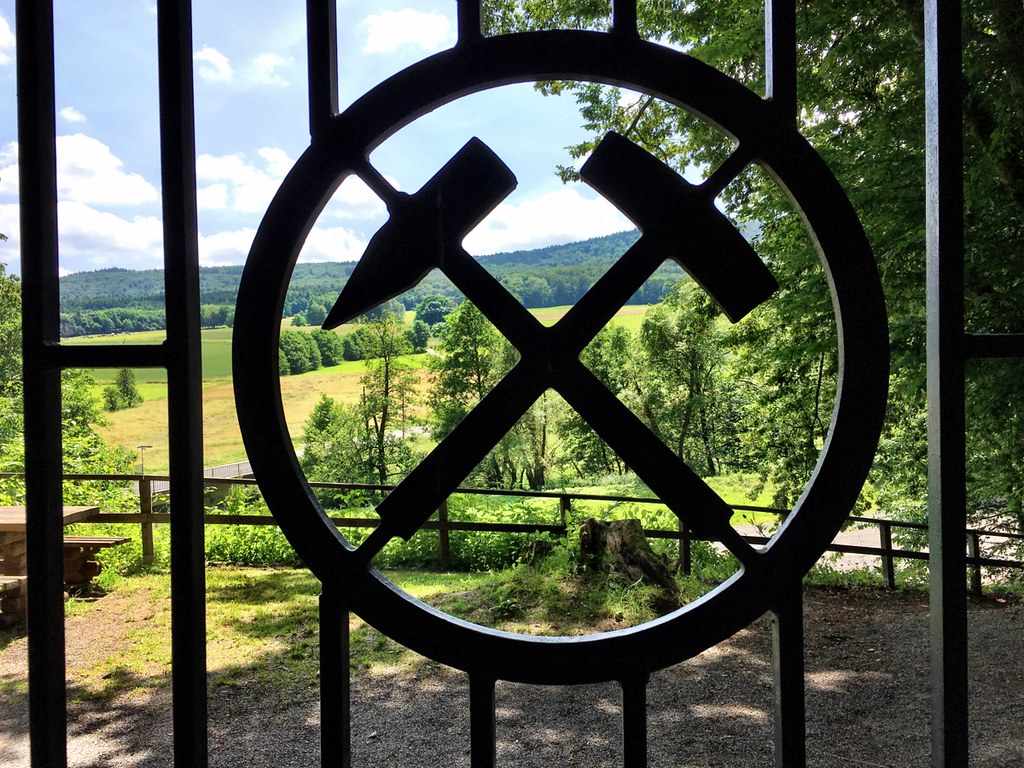 Whether or not this is actually the story and locale that inspired the fairy tale, it’s for this reason that Bad Wildungen sits on the German Fairy Tale Route and why you’ll see signs of Snow White all around town, including at the Snow White House and Museum located in the mountains near the mines. Lovingly brought to life by one of the top historical experts on Margaretha von Waldeck, here you can discover what a traditional house looked like for centuries in the forests of Germany and you can even visit the very mine where those smaller-than-average young men toiled day after day. Walking along the path of Snow White was one of the best experiences I enjoyed along the Fairy Tale Route, not just thanks to the beauty of the town and spa, but because I could really and truly imagine Snow White walking the same path alongside me.