Leaving St. John’s with my car firmly pointed northwest on the meandering path leading to Fogo Island, I was excited to explore the wilder side to Newfoundland. Although Fogo my ultimate destination, I had many other stops in mind, including a couple of overnight stays as I explored beautiful central Newfoundland. While this Canadian province is large, about the same size as California, it only has a fraction of the people, which means that huge swathes of it are wild and rural. With my favorite 90s songs playing and the car windows down, I was excited for my brief but active experience around a part of the province known as Adventure Central. 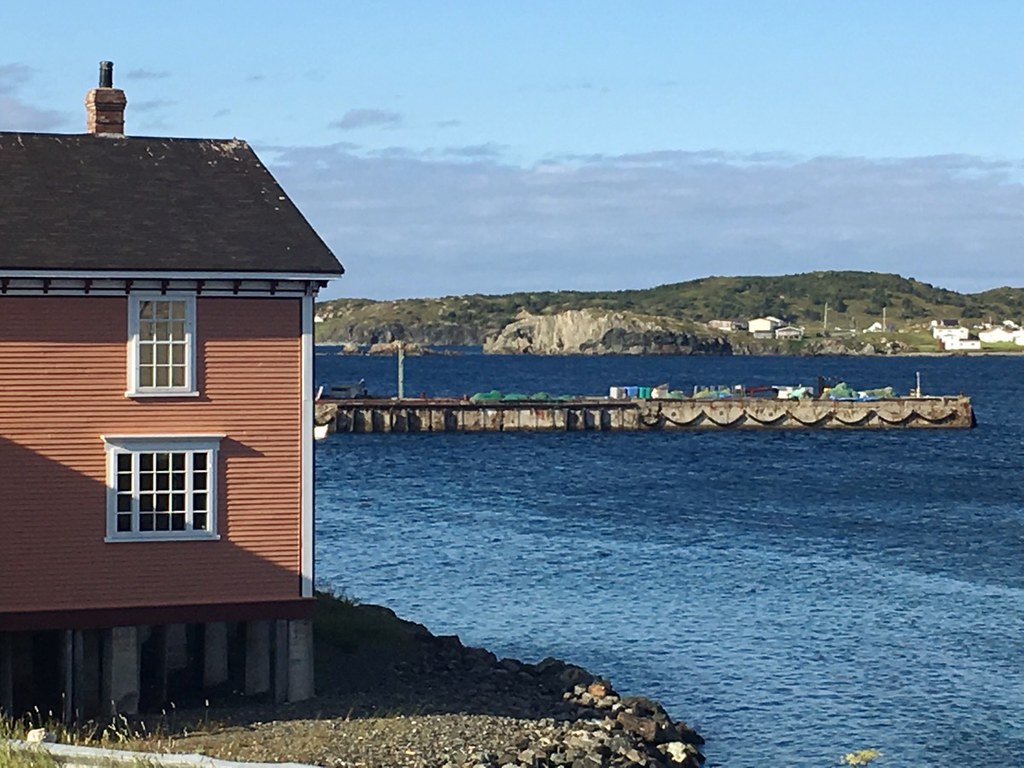 Exhausted from a day of unexpected construction delays and more than one driver who decided to drive slower than what is actually safe, I was excited to finally be in Twillingate where I was promised a comfortable hotel and a hearty dinner. I’m not sure what I expected from the town, but driving in as the sun was slowing descending beneath the water created views that were simply incredible. Everything was bright and the light sparkled off the water surrounding this coastal retreat. Like every other town in the province it seems, this too was a fishing community, but today it has in large part reimagined itself as a key tourism center in this region of Newfoundland. There’s good reason for that too, from here you can join boat tours to spot puffins, whales and icebergs and it’s even a common overnight destination for folks traveling onward to Fogo Island. For me though, the night I spent in Twillingate will always be defined by an experience I almost skipped altogether. 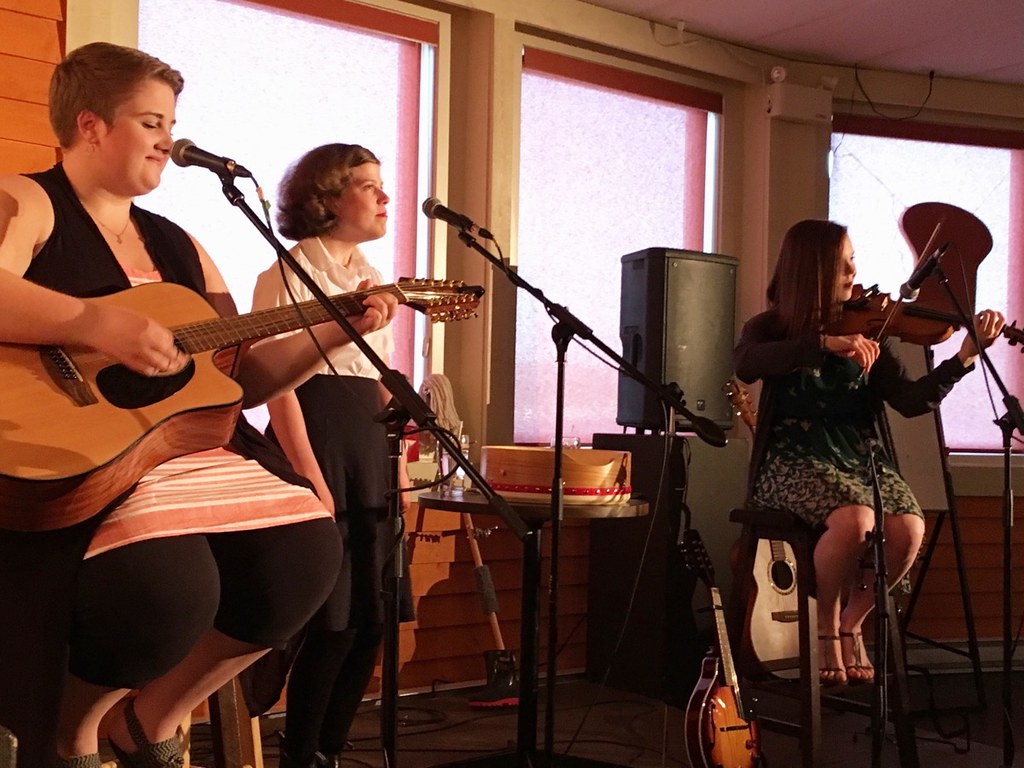 The Anchor Inn Hotel and Suites is a lovely hotel in the middle of Twillingate with a great restaurant and incredibly friendly staff. But it was one of the nightly shows at the Inn that turned out to be an incredible experience. Summers are busy and the Inn brings in a variety of performers to entertain, including the all-female troupe Rants and Reels. Drawing upon the rich history of Newfoundland, they spent a couple of hours sharing traditional songs, dances and stories that illustrate the Newfoundland experience. Newfoundland is definitely a province of storytellers, made even the more special when true professionals deliver the tales. 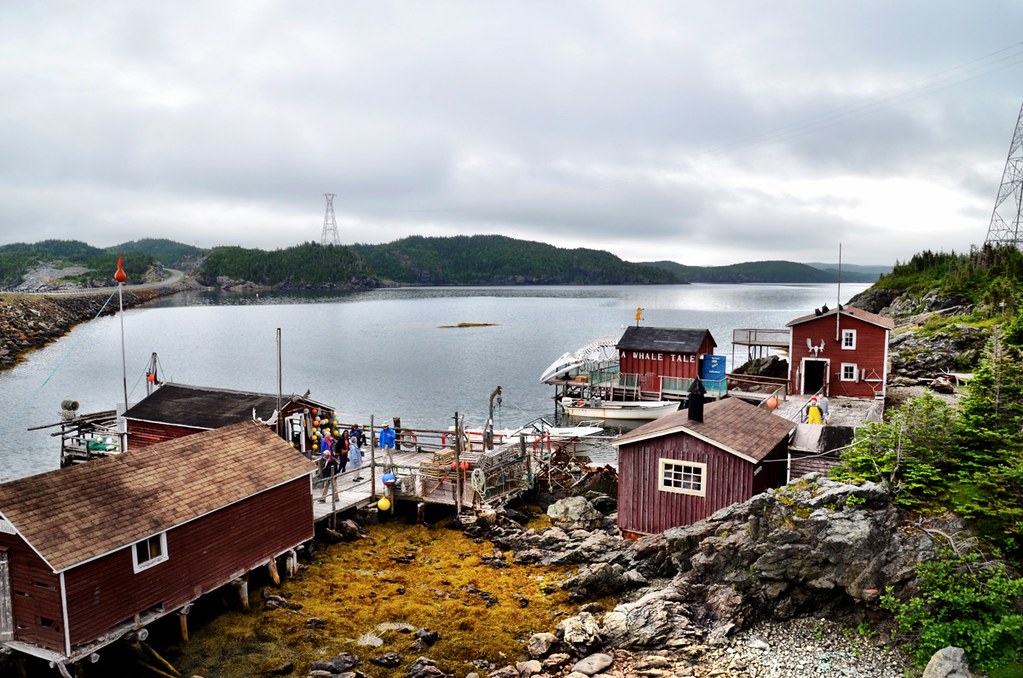 I rarely pass up on the opportunity to spend time on the water; I always enjoy seeing new places from a different point of view. And that’s how I found myself sailing with the slightly eccentric Captain Dave aboard his ship as we left the Prime Berth Heritage Center. Located just a few minutes from Twilingate, this is one of the best overall heritage experiences in the region. Before boarding the boat, guests are led through the Captain’s fishing museum and mini-fishing village he has lovingly relocated to the site so that guests can see what traditional fishing culture in Newfoundland is all about. The real fun though came when we boarded the boat and left the harbor in search of icebergs, whales and whatever else may have been out there.

Captain Dave has been fishing for nearly 60 years and he brings this incredible experience and knowledge to his tours. It was a great afternoon out there on the water, listening to his stories and eventually finding that iceberg, one of the last of the season. It’s important to spend time out on the water when you’re in Newfoundland and this is the best place in the central region to experience fishing life, if only for a couple of hours.

Driving into the small village of Newtown, I immediately understood why it’s the so-called Venice of Newfoundland. The waterway that runs though the town is unique in the province, and with the fishing stages (huts) and boats lined up along the banks, it’s a postcard-perfect Newfoundland scene. Naturally, Newtown is also on the coast, adding another dimension of beauty to what really is a colorful and well-preserved community. The best thing to do here is to just park the car and explore it on foot for a while, checking out the houses and historical buildings, but especially enjoying those stunning views.

I was tired and unsure I was on the correct road as I crossed over the bridge onto the island. There didn’t seem to be anything there, but then it popped into view and I was met with one of my favorite images of the trip. Parking at the scenic overlook high above the small fishing community of Greenspond, I instantly understood why this was such a highly recommended stop. Today it’s a small village of around 300 people, but at one time this was one of the most important towns in the entire province. Like every other town in Newfoundland and Labrador, life in Greenspond revolved (and still does) around the sea. Fishing cod and then participating in the yearly seal hunt dictated the ebbs and flows of daily affairs for centuries. Its position along the major sea trading routes made it a commercial center in the 18th and 19th centuries, a vibrant community that was once known as the Capital of the North. I first saw this link to the past when I stopped at a lookout high above town, a sign honoring former ship captains adorning the site. Newfoundland was essentially founded for one reason, fishing and the bounty of the sea dictated life in this and every other community dotting the beautiful coastline. Today fishing is still at the center of life, but thanks to its relative isolation the town has preserved the unique look and feel of a traditional Newfoundland community that I came to know and love during my time there. 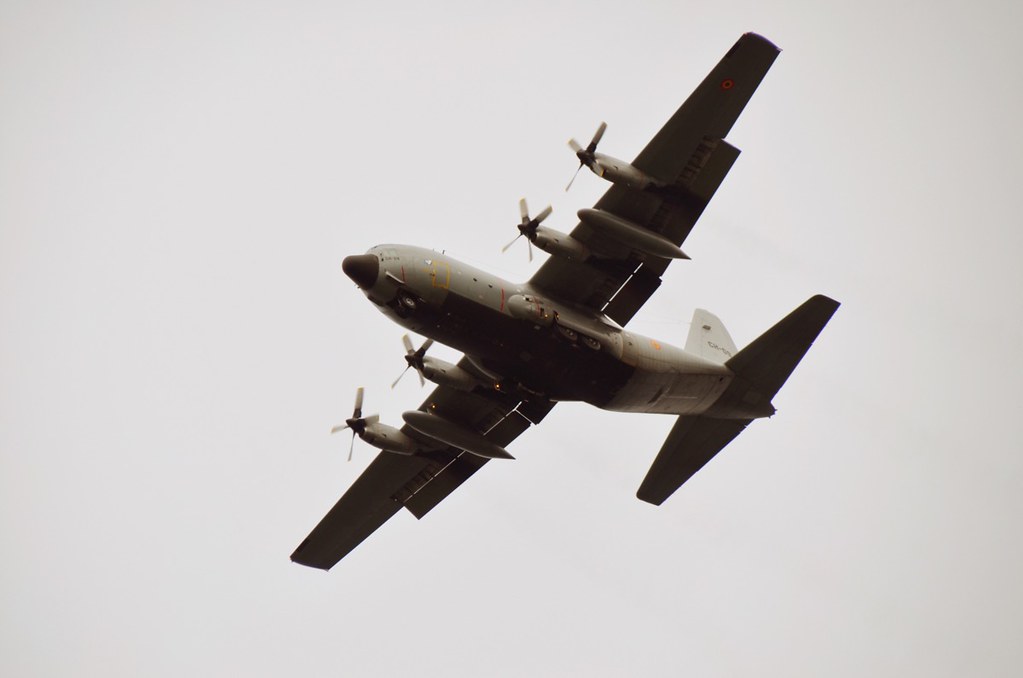 If you’re exploring this region of Newfoundland, it’s impossible to miss Gander. It’s the largest city in the area by a long shot and after a few days of driving along lonely roads with services few and far between, it was nice to be welcomed back into the loving arms of civilization with Tim Horton’s and restaurants where moose wasn’t on the menu. It’s more than just the token big city though where everyone comes to shop or eat out; it’s an important city and has a lot to offer in its own right. Given its position and the size of the city, many people use it as a base to explore the rest of central Newfoundland. With National Parks and that gorgeous coastline, there are many active experiences to be enjoyed in and around town. But the history found within Gander is just as interesting I think. What interested me the most is the important role this unlikely city has played in the history of aviation. Its position along the extreme edges of North America helped with this role, and at one time the city actually had the largest airport in the world. It went on to play incredibly important roles in WWII and before the jet-age was a critical refueling stop for commercial aviation. More recently though is the incredible service provided by Gander following the events of 9/11. After American airspace was closed, Gander toasted 38 airliners and more than 6,500 people who suddenly found themselves stranded. The community took in these unexpected visitors and the reception was so overwhelming and unexpected that it’s known as the best story to come from that horrific day. So Gander certainly has many stories to tell, you just have to look for them.

While a road trip about Central Newfoundland may not sound as sexy as Route 66 or the German Autobahn, I personally loved my week driving around and exploring the many nooks and crannies of the province. There’s a lot more than meets the eye in Newfoundland and I can’t wait to head back and continue my driving adventures.