There is no shortage of travel tips available online, from the obvious to the downright absurd. Every writer, blogger and so-called influencer feels the almost instinctual urge to offer up his or her hardly-ever-unique words of wisdom. Count me in that mix, I’ve done it more times than I can count but I like to think my posts have been helpful and maybe even a little original. Today I want to add another log to the inferno of advice, but in a slightly different form. Instead of offering up what I think ever traveler should do when they travel, blah blah blah, I want to add my two cents to recent trends in travel that have left me both angry and depressed. Technology moves faster than most of us can keep up with and its effect on the travel experience has been profound. And you know what, in most examples it’s been great. I love Google Maps to help me find my way and being able to quickly and easily take pictures wherever I am has been a Godsend. But there’s a dark side to this rapid shift in technologies, and it’s that unfortunate aspect I want to address today.

After I put together this list I noticed a single commonality. They almost all have something to do with smartphones. These pocket-sized computers have revolutionized our lives in every sense imaginable and I for one am positive that I can’t live without my trusty iPhone in my pocket. But some people don’t know boundaries between acceptable and unacceptable behavior and it’s for them that this post is written.

There’s been an epidemic of sorts in recent months and it has to stop. Around the world tourists have been killing animals for one reason or another. In Yellowstone tourists tried to “rescue” a bison calf because they thought it was cold. Recently tourists in Alaska chased a rare mountain goat into water where it drowned, all in an effort to get iPhone photos of it. There sadly have been many more examples of this sick and demented behavior around the world and it has to stop. When we travel we have a responsibility. We are voyeurs, in a new place to see and observe but never touch or interfere. Think of it like the Prime Directive in Star Trek, our first rule of thumb should be to not interfere and to do no harm. Instead, we’re trying to manipulate the world around us to conform with a view of the world we want to portray in Instagram photos. Animals are dying because some idiots want to impress people they’ve never met in places they’ve never been and I’m tired of it. The world is not your playground; when you travel you need to treat the planet and all of its creatures with respect. End of story, the end, head to print. 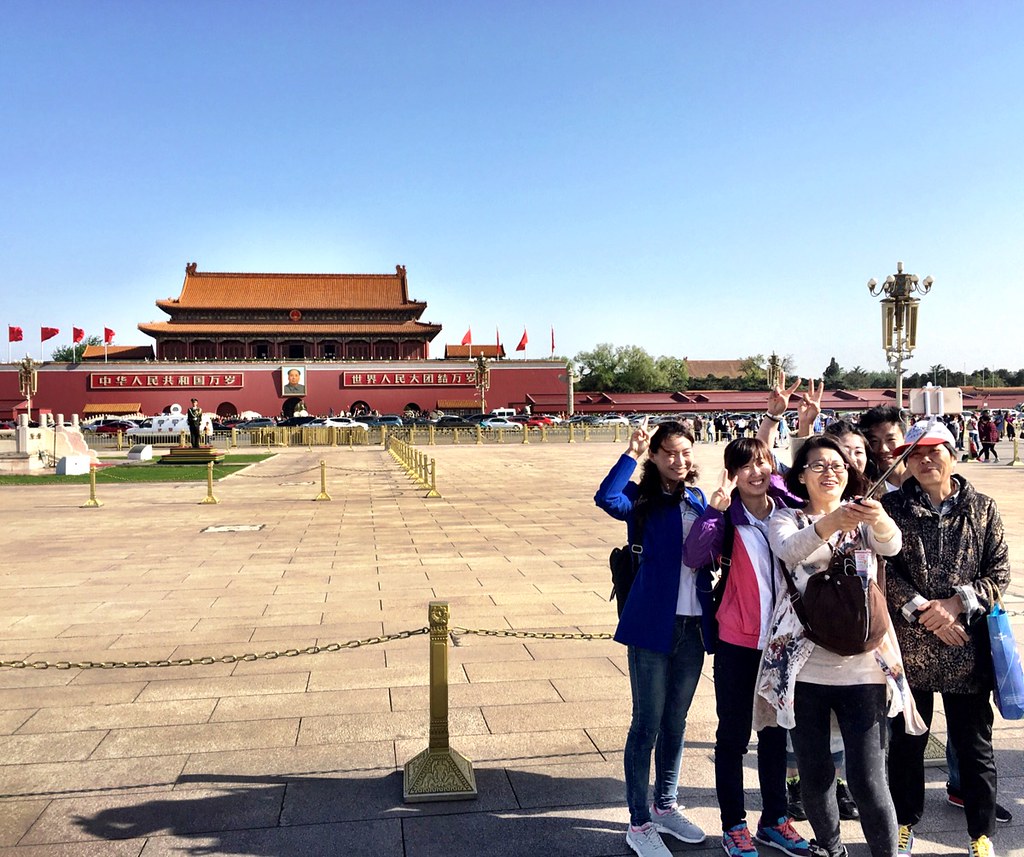 When I was in China a few months ago I felt as if I had inadvertently entered into a Medieval jousting tournament, that’s how pronounced the selfie-stick phenomenon is globally. I’ve of course seen them everywhere I go; it seems everyone has an extendable rod to take those not-at-all spontaneous or casual pics of themselves. Believe it or not, I don’t have an issue with selfie-sticks in theory. I understand why some people like them, particularly if you’re traveling as a couple and want pictures together. That’s fine, I get it, continue with that. What bothers me is the complete lack of self-awareness on the part of some travelers who use them all the time for every photo they capture. Most of us have the appendages necessary to use a phone without an aluminum rod for assistance. Use them. Do not instead wave around your tech-laden weapon wherever you go, a cudgel as damaging as any lance or spear ever created. It’s rude, it’s obnoxious and you look ridiculous. So, yes, continue using them when you want a photo that includes your smiling mug, that’s fine. Do NOT use it for every picture you take and do not whack people in the head with it. The next time that happens to me it’s getting snapped in two. Sorry, but I’m sure there’s another one for sale at the souvenir kiosk right around the corner.

My photographer friends won’t like me saying this, but drones are ridiculous. Yes, they create stunning and sometimes-otherworldly photos and I, like everyone else, love seeing the results of their flights. But they’re lazy. What sort of photographic talent are you displaying by using a drone? None. It’s a device that takes away your thoughts, your eye as an artist and your control over the subject. It’s something anyone can do or mimic and it’s not photography. It’s a fad and like HDR or taking pictures of someone taking a picture, drone shots will soon start to disappear from Instagram accounts. Drones do have their place and I know many videographers for whom they have been a Godsend. In the past it was impossible to capture the overhead imagery that we can easily manipulate today and for professionals working on certain projects I couldn’t be happier for them. But a drone should not become a standard piece of equipment. It’s not a lens or a camera body and you don’t display your ability to compose a shot using them. It’s a toy; an expensive toy, but a toy nonetheless and while the images created are impressive, they could also be easily created by a trained monkey.

Put down everything with a battery once in a while

I realize that I sound like an angry old man, and frankly that’s not far from the truth. I was born a curmudgeon and that’s not going to change anytime soon. But if there’s one thing I hope this post does convey, it’s the incredible importance of putting away technology at least a few times on your next trip. Technology is great and without it I wouldn’t have been able to make this strange job my new career. So, I’m certainly not bashing it outright. But there is a time and place for everything, and when we travel we do so in order to connect with the world around us. That necessarily means also disconnecting from our imaginary world of pixels and Tweets. Travel should be a spiritual journey, it should be about experiencing new and foreign things and realizing that the world is so much more spectacular than anyone ever told us. This can’t be done through a lens or by chasing Pokémon. This can only be accomplished through firsthand, sensory perceptions and followed up by moments of introspection. If you’re not doing this, then why even leave home? Put on your virtual reality headset and pretend you’re somewhere else in the comfort of your living room.

5 thoughts on “Unfortunate Travel Tips For the Modern Era”