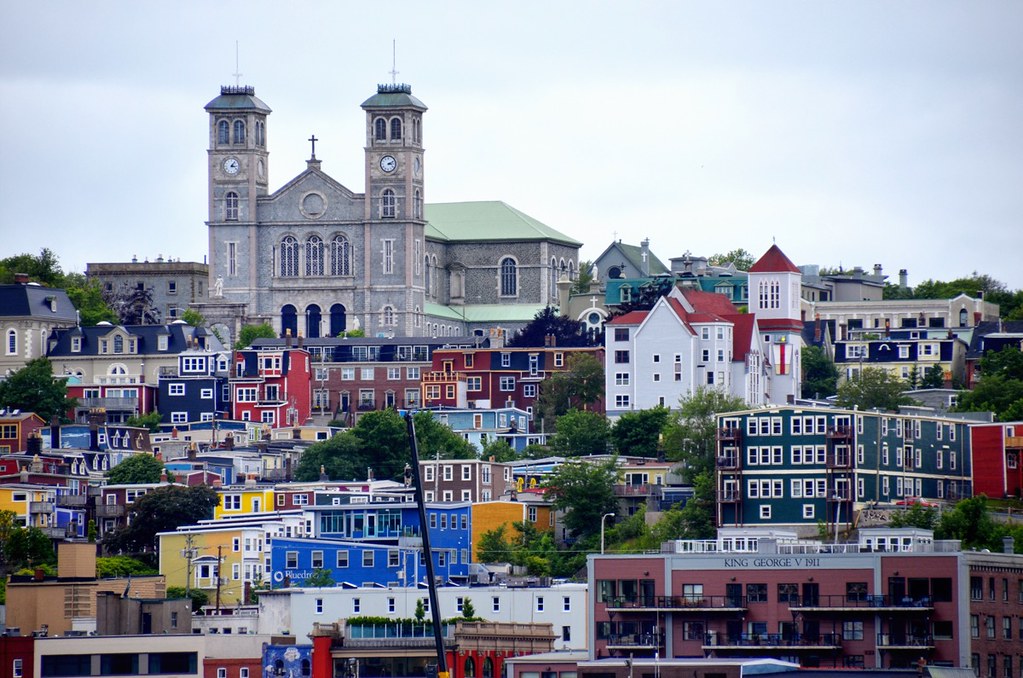 While the capital city of Newfoundland, St. John’s, may not be a metropolis by world standards, it’s the largest city in Newfoundland and Labrador and is certainly the center of urban life in the province. It’s also a city that I’d long wanted to visit, and when I was confronted with a couple of days in St. John’s, it came time to make some hard decisions. So I thought I’d share how I made the most out of two days in and around the city, experiencing everything from the downtown core to nearby escapes so gorgeous, that they deserve a visit. 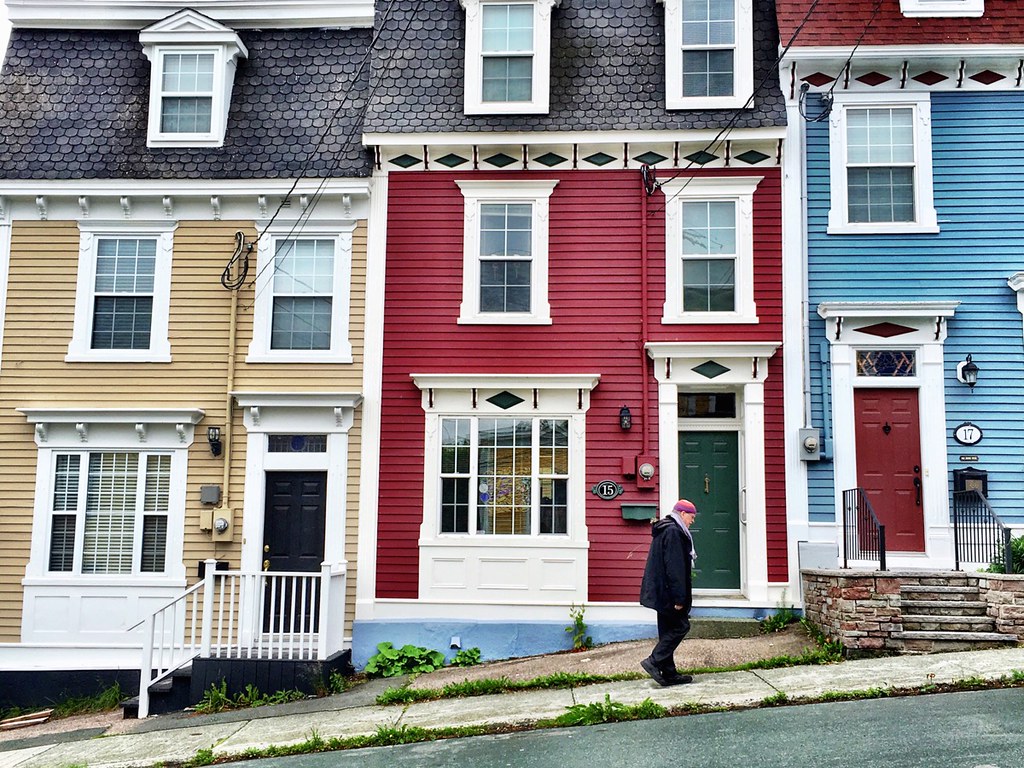 Photo Tour – There’s a lot to see and do in and around St. John’s and one of the best ways to get an insider’s look at the region is through a good tour. That’s why I teamed up with Maurice Fitzgerald, known as Moe, the owner of Far East Photography Tours. This was my first time joining a professional photographer as he showed me his city, and the perspective was amazing. Not only did I learn more about the history and culture of St. John’s, but of course Moe also took me to his favorite spots to get some of the great shots for which St. John’s and neighboring areas are so well known. Even if you don’t work with Moe (and you really should) the spots we visited should be on the short list for any first time visitor to the city. Here’s a quick rundown:

Jellybean Row: The old row houses in the downtown core of St. John’s are all brightly and beautifully painted, hence earning the name Jellybean Row. Walking around with Moe he told me of the neighborhood’s transition from a grey and dreary neighborhood to the colorful one it is today. He also knows the best spots and angles to capture those iconic Jellybean Row photos.

Quidi Vidi: This oddly named part of St. John’s is a historic fishing village that has been thankfully and lovingly maintained throughout the decades. What that means for visitors is a compact area with the look and feel that we all associate with Newfoundland design and style. It’s also home to a fantastic restaurant, Mallard Cottage, and the largest microbrewery in Newfoundland and Labrador – Quidi Vidi Brewing Company. 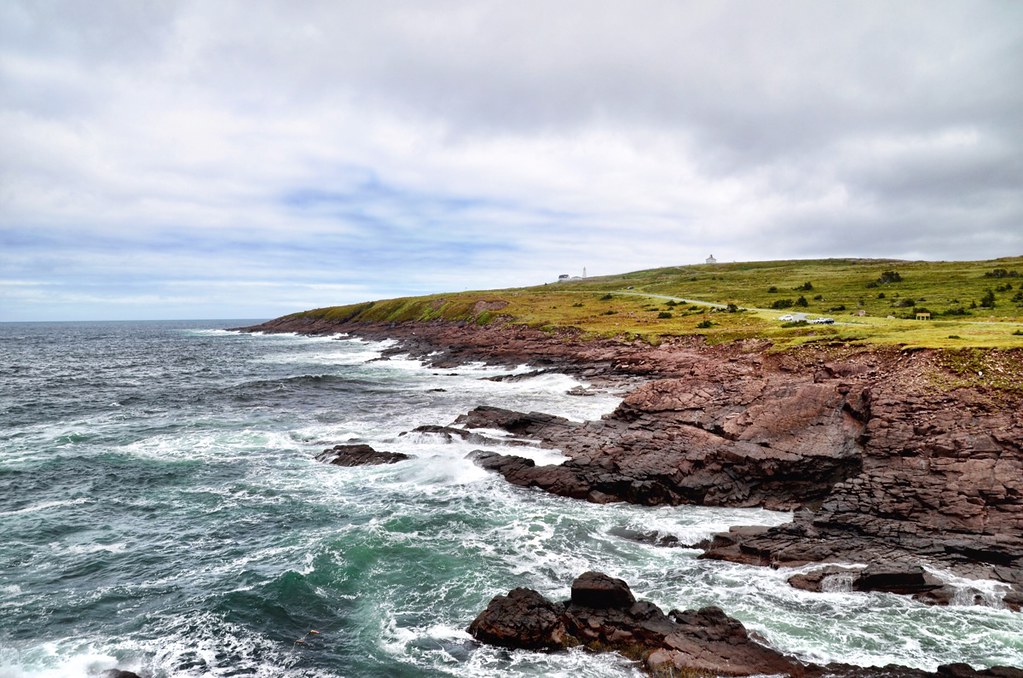 Cape Spear: The easternmost point of North America, this is where the continent first greets the rising sun every morning and it’s also one of the most picturesque spots in Newfoundland. Walk the trails and climb up to the historic lighthouse for amazing views across the sea.

Signal Hill: Historically an important vantage point due to its strategic placement, today it’s the best place for panoramic shots of St. John’s as well as a fun place to tackle some day hikes.

Many other sights and quiet areas known only to locals: Naturally one of the advantages of working with someone local, is that they know all the best areas to visit, especially if you’re tight on time. Spending most of the day with Moe, we covered a lot of terrain, but at the end I felt like I had really gotten to know both St. John’s and the surrounding region as well as I could, and certainly better than I could have managed on my own. 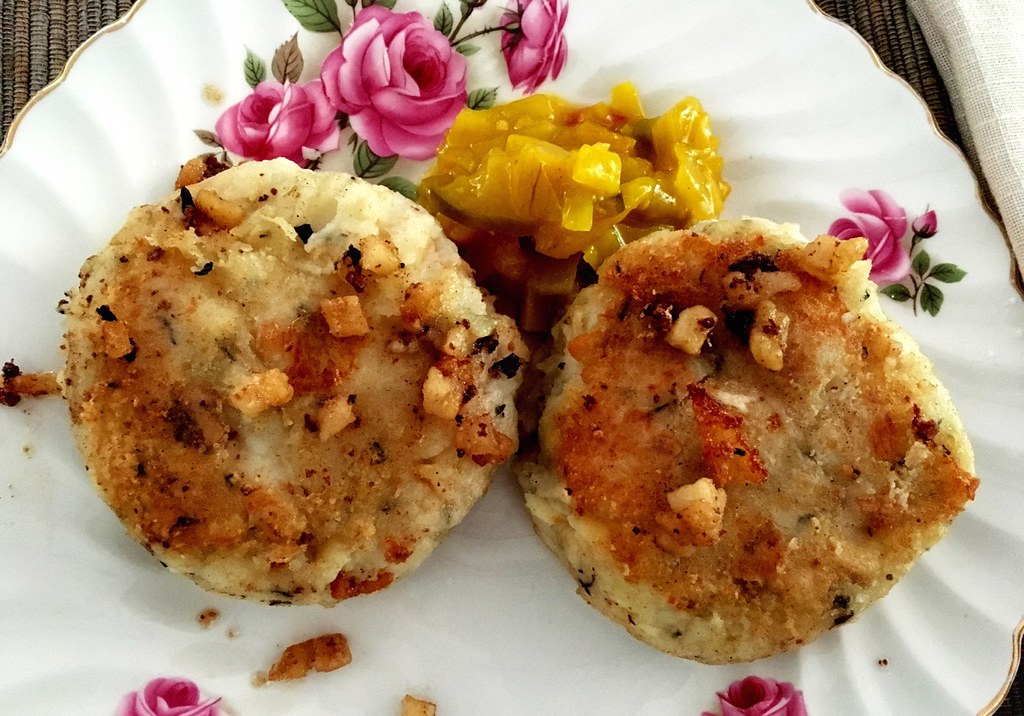 Food Immersion – One activity I try to participate in no matter where I go is a good food tour and luckily even the modestly sized city of St. John’s has a company that offers fantastic foodie experiences. Lori McCarthy has a long history with the food industry, experiences she drew upon when she started the food tour company Cod Sounds to share with the world the foods and traditions she grew up with. A cod sound is the air bladder of the cod, and when Newfoundland existed as the world’s preeminent exporter of cod, it was one of the few parts of the fish that no one wanted. That meant locals learned how to cook and eat it, along with other fish offal, in a fierce determination to simply survive. Lori named her company as a nod and testament to the spirit of adventure and ingenuity of those who came before her and, as I learned, that culinary creativity is still alive and well in the 21st century. She has set tours or she can also tailor something specific to your needs, as she did for me when she took me on a culinary tour of classic food in Newfoundland and Labrador. It was a wonderful experience and taught me more than I ever thought I’d learn about the unique food culture in this quirky province.

Lighthouse Picnic – While St. John’s is great, so are many of the regions close by, so allow for some time to get out and explore. For a fun half-day out, start off at the Ferryland Lighthouse, a 19th century lighthouse with amazing views of the coastline. Before you go though, be sure to order a special Lighthouse Picnic, meant to be enjoyed while relaxing and admiring the stunning scenery. You pick up and drop off the picnic at the lighthouse itself, so it couldn’t be easier. 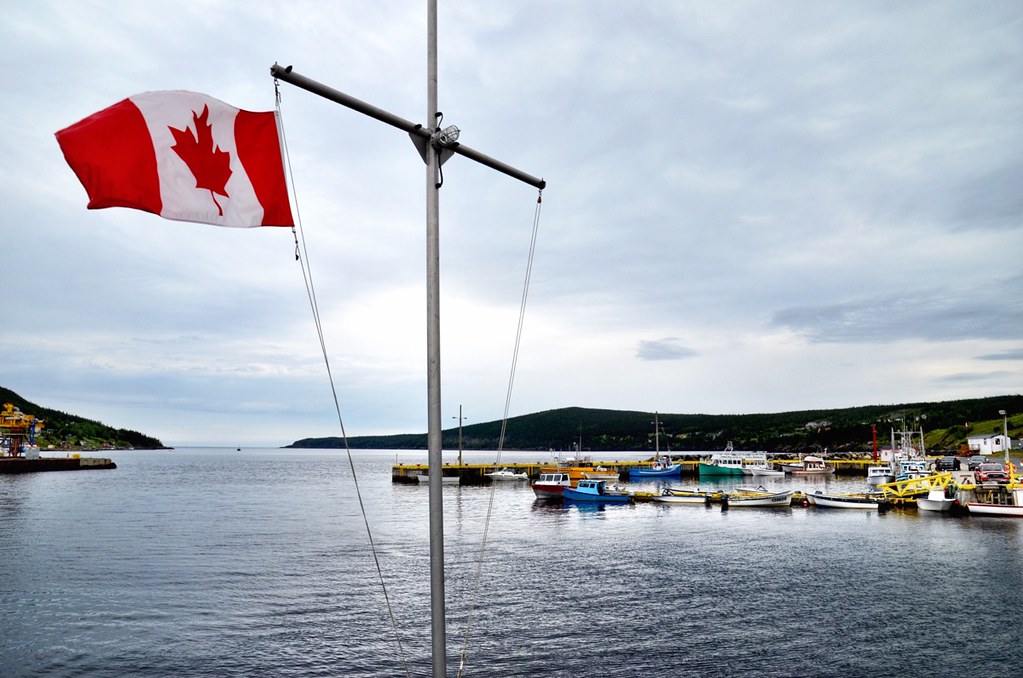 O’Brien’s Boat Tour in Bay Bulls – After your picnic, be sure to reserve a seat for one of the best boat tours near St. John’s, O’Brien’s Boat Tours in Bay Bulls. In this beautiful part of Newfoundland you’ll find icebergs, more puffins and seabirds than you ever thought possible to exist and, if you’re lucky, a whale or two. My afternoon with them was a lot of fun, and not just because we saw a few whales along the way. No, what interested me even more than those beautiful whales was the incredible colony of puffins located on an island not too far offshore. Seeing those beautiful birds in such incredible numbers was a humbling moment I won’t soon forget. 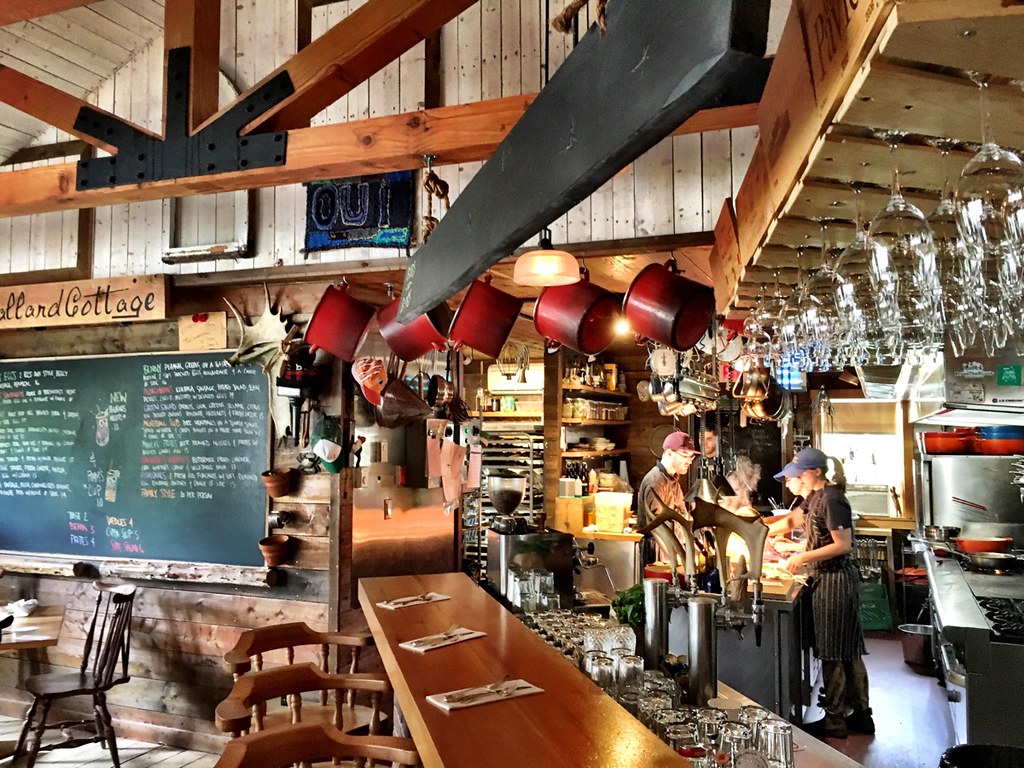 Recent years have seen a lot of changes in the St. John’s food scene, echoing a phenomenon happening in cities around the world. What it’s meant are new restaurants doing things a little differently, but deliciously. There’s also a newfound emphasis on locally inspired cuisine, taking the old food traditions and translating them for a modern clientele. The results are fantastic and my only regret is that I didn’t have more time to eat my way around the city. A few standout favorites though include: 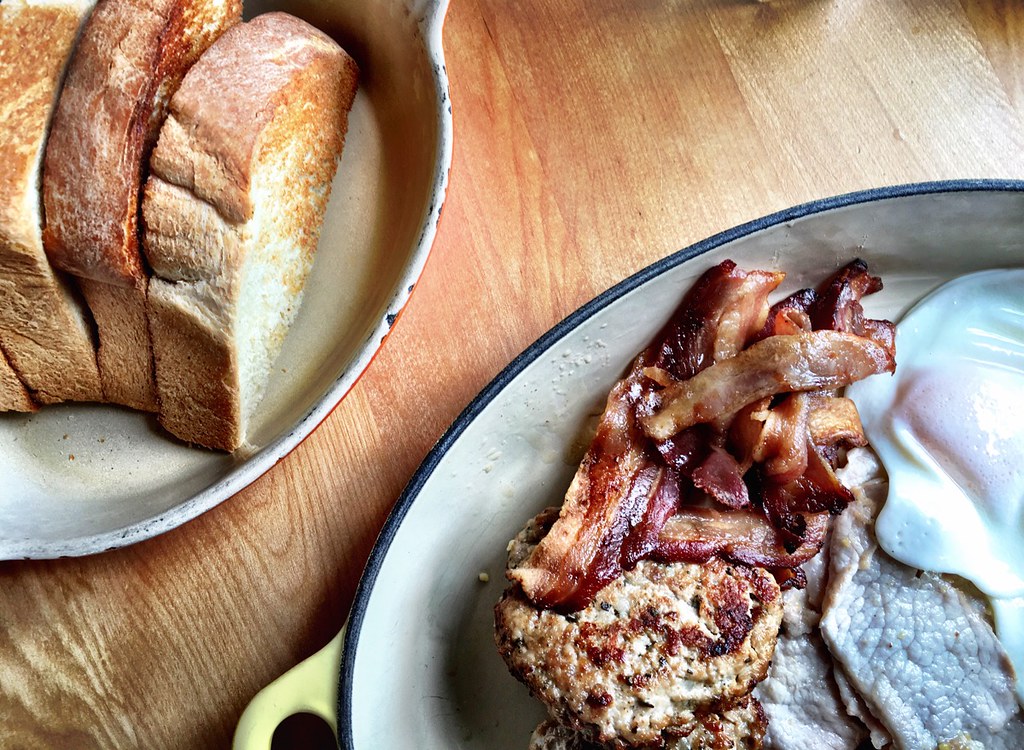 Mallard Cottage – Before I left home, I knew I had to eat at Mallard Cottage thanks entirely to a photo I saw of their famous dessert table on Instagram. After that I was sold, which is how I found myself there one blustery morning, enjoying breakfast but keeping a close eye on that nearby collection of sweets. From the outside Mallard looks just like a historic 18th century cottage should, and inside is one of the best restaurants in town. Under the direction of Chef/Owner Todd Perrin, he and his wife lovingly restored the old cottage, turning it into the much-loved eatery it is today. Chef Perrin takes great pride in showcasing and celebrating the best of the province, highlighting the regional heritage instead of trying to mask it. The result is delicious food served in a fun and comfortable environment. 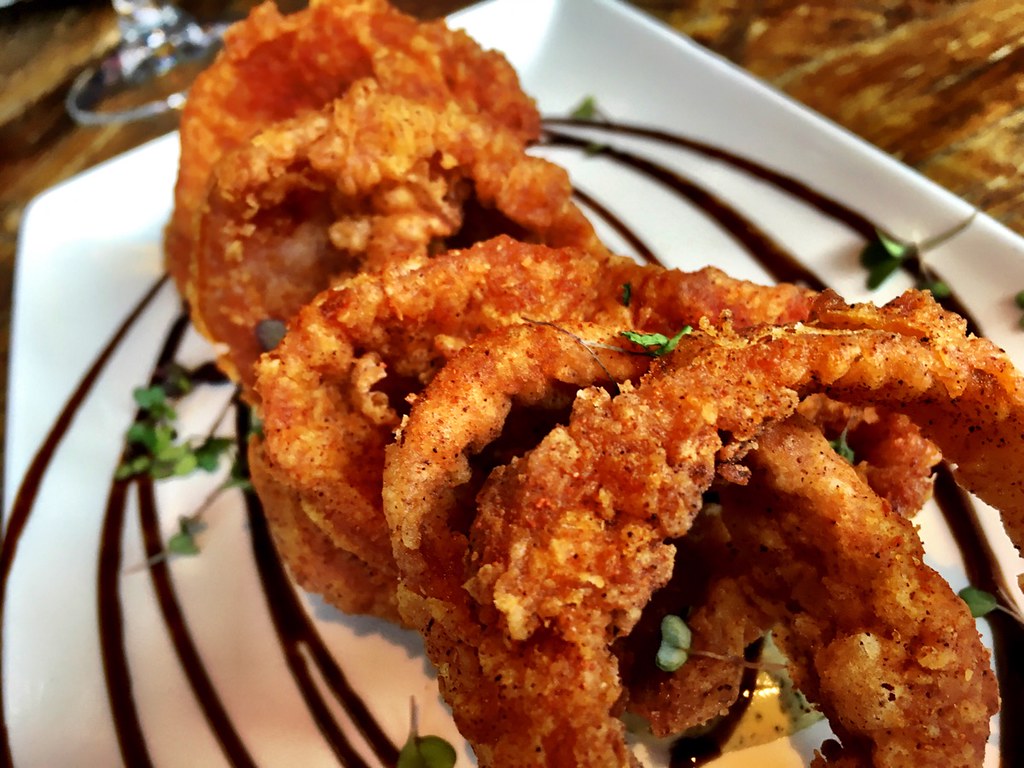 The Fifth Ticket – Located in the heart of St. John’s on Water Street, this newish restaurant has already earned a strong reputation in town for its location and naturally food and drink selection. The menu is eclectic, drawing on global influences as well as down home favorites. Many dishes are meant to be shared, adding to what is already a festive look and feel. It’s also just a fun place to be. I met several friends there and ordering a variety of delicious appetizers and main courses, it was a fun evening out on the town enjoying some great food in the process. 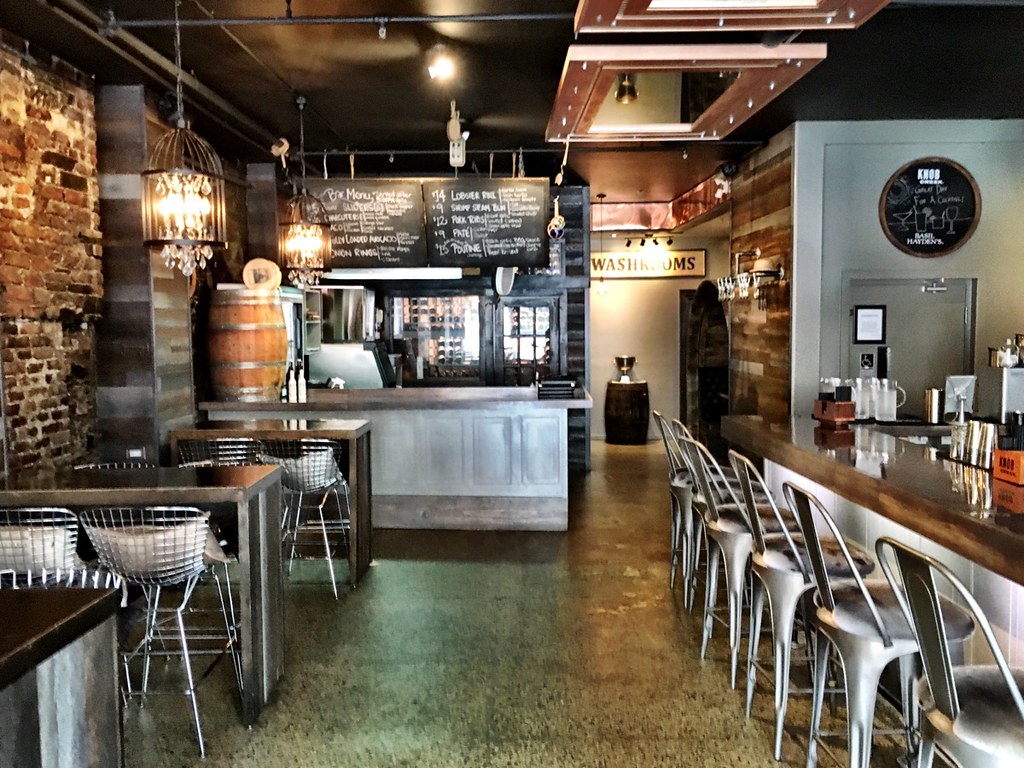 Blue on Water – Speaking of eclectic places, Blue on Water played a significant role in my time in St. John’s, not only because I made sure to have dinner there but because it was also my hotel. Also enjoying a great location downtown on Water Street, Blue on Water is a bar, restaurant and upscale boutique hotel. It may seem a little strange at first, but it all works. I’ll talk about the hotel in the next section, but the food was definitely a highlight of my stay. Featuring both a fine dining and lighter pub menu, there are great options for just about anyone, including a picky eater like myself. I couldn’t resist the BBQ poutine, a fun twist on the Canadian classic. 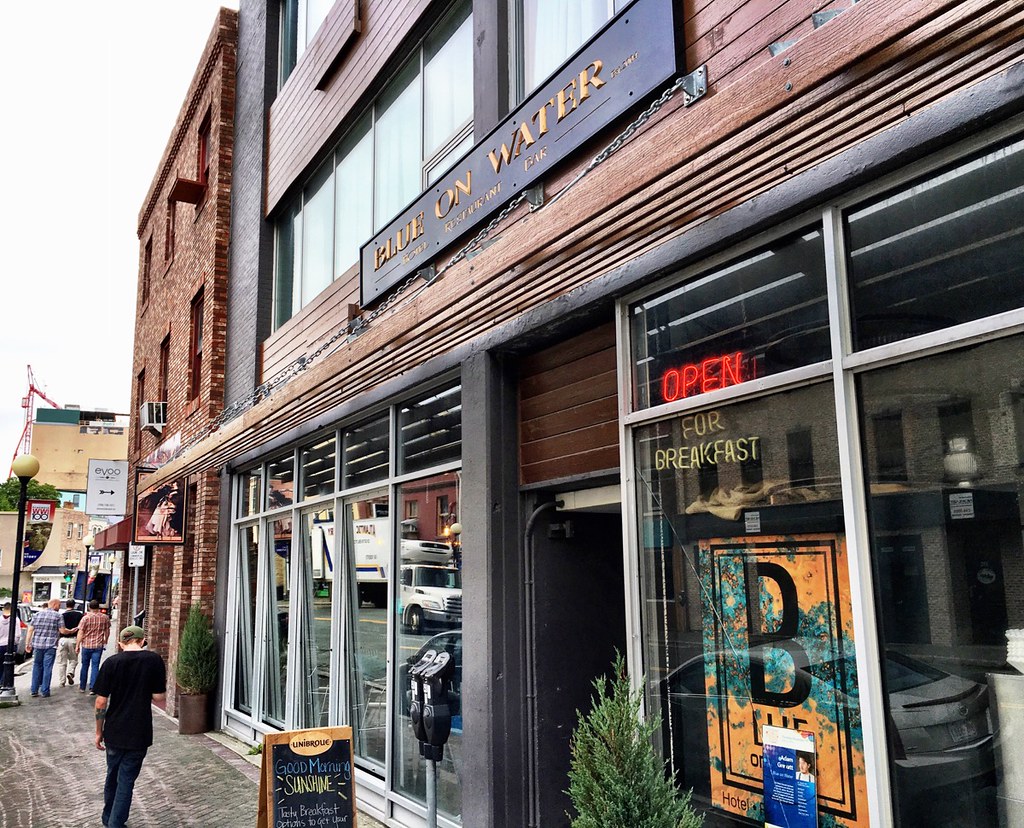 Blue on Water – Now to address the boutique hotel portion of this fun establishment. In a nod to an old fashioned hotel-above-bar property, this hotel is anything but old-fashioned. Converted into an incredibly modern hotel just a few years ago, the rooms are extremely comfortable, feature every modern amenity I could ask for and incorporate an urban design quality with exposed bricks and quirky artwork that fits with the property. It’s also quiet, a major concern I had before checking in. I don’t know how they did it, but sleeping soundly there 3 floors above a bar and restaurant, I could easily have been in the middle of the countryside, because I never heard a peep. I would stay here again in a heartbeat if I found myself back in St. John’s.

Yes, St. John’s is great but I personally think it should be the launching point of a much longer trip through Newfoundland and Labrador. Spend a few days or, preferably, a week or more and go exploring. In almost any direction you’ll find small coastal communities, remote outports, UNESCO World Heritage Sites and some of the nicest people you’ve ever met. Newfoundland and Labrador is meant for exploration, so take advantage of it and see everything that it has to offer.

13 thoughts on “Experiencing The Best of St. John’s Newfoundland in 2 Days”