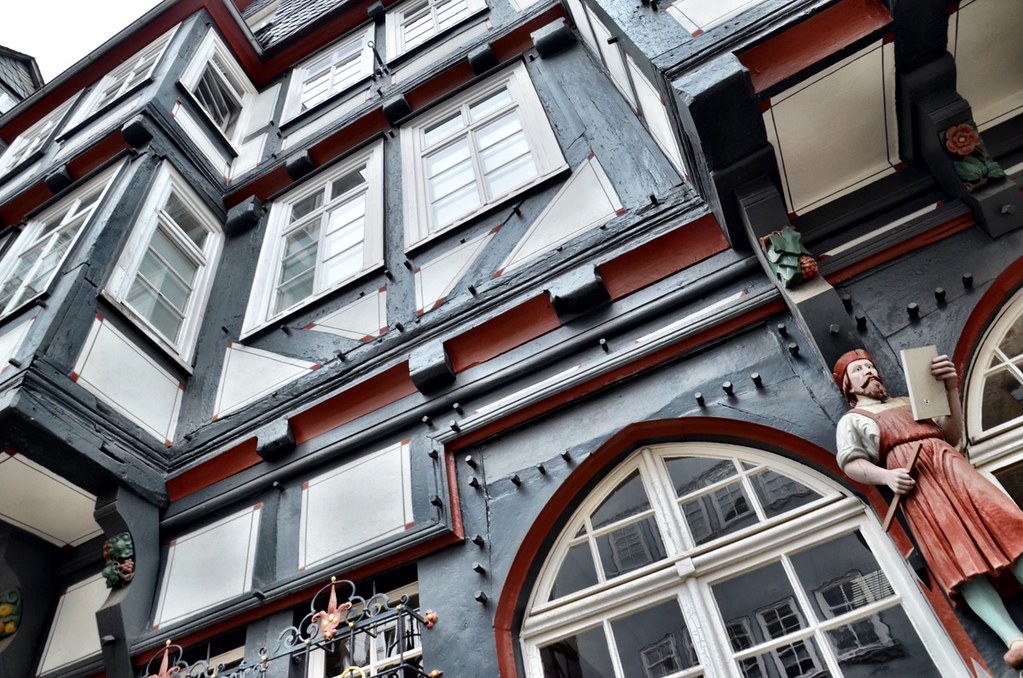 I experienced a lot while spending a week driving the German Fairy Tale Route. So much that it will take me months to share it all, but one aspect I wanted to highlight right away were the many small communities I visited along the way. Some are known and others, well, not so much, but they all have some great qualities in common. They all enjoy locations amidst the beautiful German countryside and each one surprised me with a history and culture I wasn’t necessarily expecting. I’ve long known that Germany is a deceptively large country; that it would take years to properly see everything there is to experience in the country, but this trip drove that fact home in a way I didn’t expect. So today I want to share with you some of my favorite small German towns I had the great opportunity to explore on the German Fairy Tale Route. (I also visited several larger cities and will devote separate posts to them soon.) 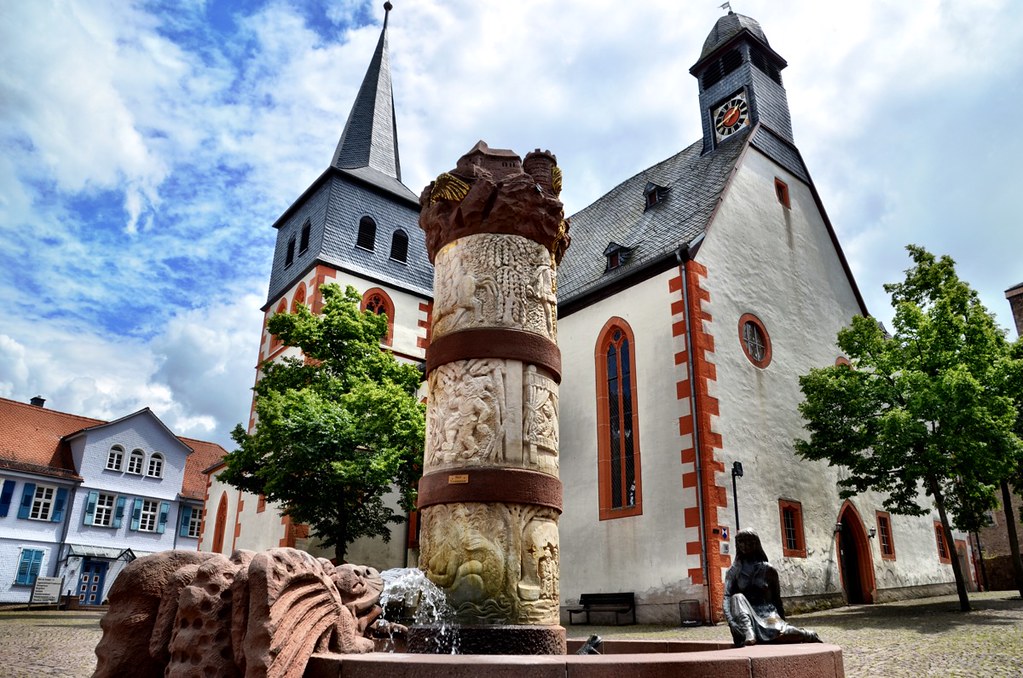 I started my tour of the Fairy Tale Route in this small town for a major reason – it was the childhood home of the Brothers Grimm and today is also home to a small museum chronicling their time in Steinau. But Steinau is about much more than just the Grimms, and spending the night in the quiet medieval downtown was a highlight of my recent trip to Germany. There’s nothing I enjoy more than sitting at an outdoor café in Europe, enjoying a great meal and soaking up the warm weather. Spending the night at the 400-year old Hotel Burgmannenhaus, it was the first indication I had that my trip wasn’t going to just be about the Grimm fairy tales, I’d be living my own fairy tale in the process. Walking around town, I couldn’t help but gawk at the colorful half-timbered homes found around every corner, enjoying the summer weather and learning to appreciate Germany in a slower, more thoughtful way. 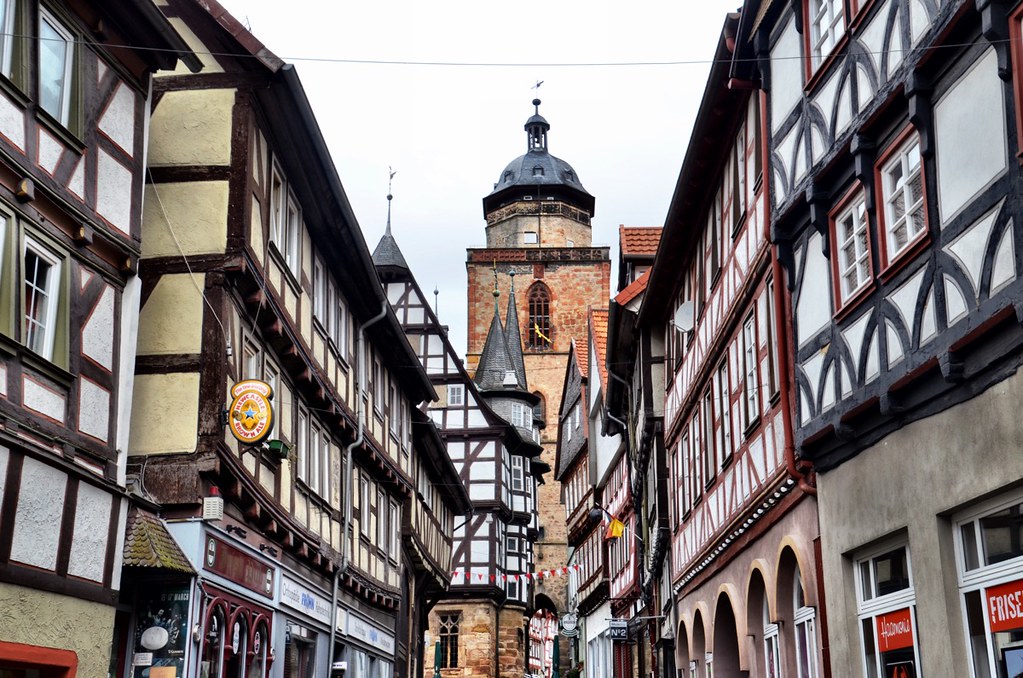 One of the region’s most important medieval cities, you can find testaments to this former glory everywhere, but especially in the impossibly old downtown. A pit stop along the Fairy Tale Route, it’s a town where I think everyone should spend at least a few hours exploring, admiring not only the architecture but the great spirit still found around town today. This is also Little Red Riding Hood country, her clothes likely influenced by the unique regional traditional dress some women still wear today. Be sure to enjoy lunch at the local favorite Gasthaus Kartoffelsack, where the potato is glorified in every possible way and manner of preparation. 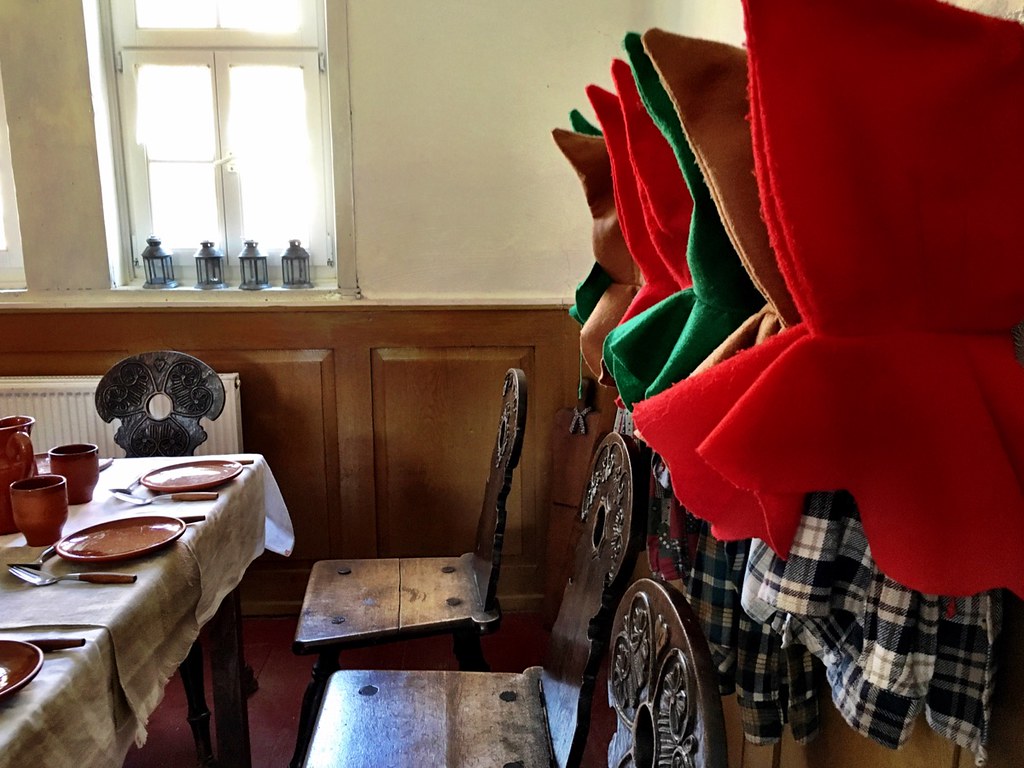 This easy-going community has been famous for centuries thanks to the natural springs and the curative waters that flow all day every day. In the 19th century, it was a must-stop destination as the elite took the Grand Tour of Europe and in the 20th century, taking a health vacation here was actually paid for by the state-run health insurance. The waters are still an important reason why many people visit this resort community, but it’s not the only one. Perched high above this classic medieval town is the Friedrichstein Castle. This colorful baroque palace isn’t just famous because it’s a great example of the architecture of the area or thanks to the views found from on top, but because it’s where the legend of Snow White was born. Based on a very real noble, the fairy tale of Snow White took a real life love affair and eventual poisoning as the inspiration for this most famous story. Nearby you can even visit the mines used in the area for years and from which the myth of the 7 dwarves originated. It’s a beautiful and fun town to explore, and the influence of Snow White only adds to the experience.

There are small towns and then there are villages, and Hess. Lichtenau certainly qualifies as a village. Arriving mid-day on a Tuesday, I was a little surprised to find the streets empty of people and not much going on. But that’s simply life as normal in small German villages, but this one is a little different from the others, this is the birthplace of Frau Holle. While not very well known in the English-speaking world, the story of Frau Holle is arguably one of the most important fairy tales within Germany itself. It’s also a very old tale, taking inspiration from pagan mythology and even the oldest worship of the Mother goddess that was common amongst the original Europeans thousands of years ago. The mountains, ponds and forests behind this legend are located near Hess. Lictenau and the community has fully embraced the story. There’s a small interactive museum in town and a costumed Frau Holle even visits from time to time, leading visitors around this small community.

This is a quirky if not colorful and certainly fascinating city, at least that’s how I felt about it. Another town whose heyday was a few hundred years ago, luckily that rich legacy is still found all around town, in this case in the more than 700-half-timbered homes strewn throughout the downtown core. Another pit stop for me as I drove around the country, I joined in on a walking tour led by yet another costumed guide, this one in the guise of a 17th century physician who died in the city. He’s well-loved thanks to his knowledge and tireless efforts to help others, but it’s admittedly a quirky mascot for a city to have. Regardless of the costume, I learned a lot as I spent a couple of hours touring Hann. Munden, a town at the confluence of three important rivers. Whether it was the rivers, the historic towers or the Wednesday market I was lucky enough to see, I quickly understood why this is such a popular stop along the German Fairy Tale Route.

There’s a lot to see and do driving on the German Fairy Tale Route, from old castles and palaces to natural retreats as beautiful as any in the world. For me though, these small communities played an extremely important role not only in my understanding of Grimm’s Fairy Tales, but in getting to know the heart of Germany a little bit better.