I first tried to visit Cologne, or Köln as my German friends would correct me, back in 2011 when my partner and I were staying in Brussels to enjoy the holiday season. Every day we took day trips to nearby cities, just to see how the Christmas markets varied from one country and region to the next. I was excited to visit the ancient city of Cologne, but a transportation strike foiled our attempts. With literally no way to get there, we were stuck in Brussels unable to visit this important and reputedly beautiful German city. That’s one of the many reasons why I was excited when I learned that our Viking Rhine River Cruise included a stop in this city, thereby completing a long-awaited loop. With only a day or so in town, I was eager to make the most of it and even in spite of the huge crowds in town to enjoy the Christmas markets, I finally did get my chance to see the very best of Cologne, Germany. 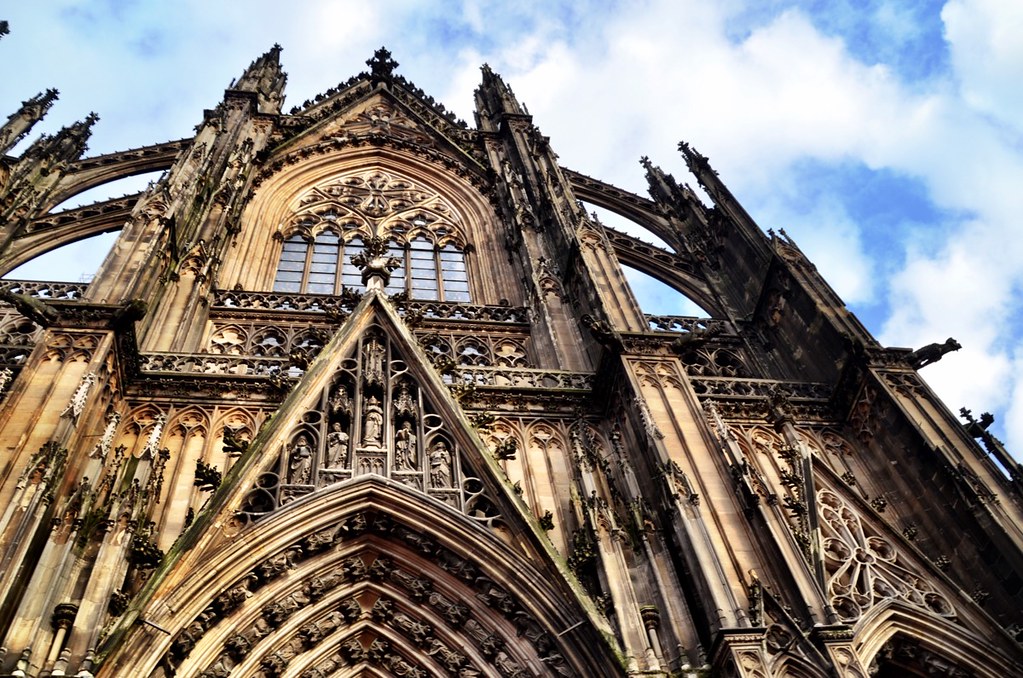 When time is limited, having a good tour guide helps and that’s just one reason why I’m thankful that Viking includes short, complimentary walking tours at each of their stops for anyone who wants them. Usually lasting 1-2 hours, I find that they’re a great way to help me get my bearings and to see some of the top spots, before going off on my own. For any visitor to Cologne though, there is one mandatory first stop – the impressive Kölner Dom or what we would call the cathedral. As someone who has spent a lot of time traveling around Europe, I have visited many, many, many churches and cathedrals. While they’re all great and I enjoy the experience at the time, they do mostly blur into one another. There are only so many triptychs and apses you can see after all. But the Cologne Cathedral was different and I know that this is one iconic religious building that will stand out in my memory. Begun in 1248, but not finished until 1880, this UNESCO World Heritage Site is considered by many to be the best representation of the strength of European Christianity on the continent, and definitely the best example of a perfectly conceived and constructed religious structure. That’s all very impressive, but what took my breath away was when I walked in, the dark Gothic interior beautifully lit by the massive stained glass windows lining the sides. Removed and protected during the wars that have plagued Europe over the centuries, they all range in age from ancient to modern. It’s a great representation of a living church, instead of a cold stone structure I so many times find. It’s the most popular tourist site in Germany and, as I discovered, with very good reason. 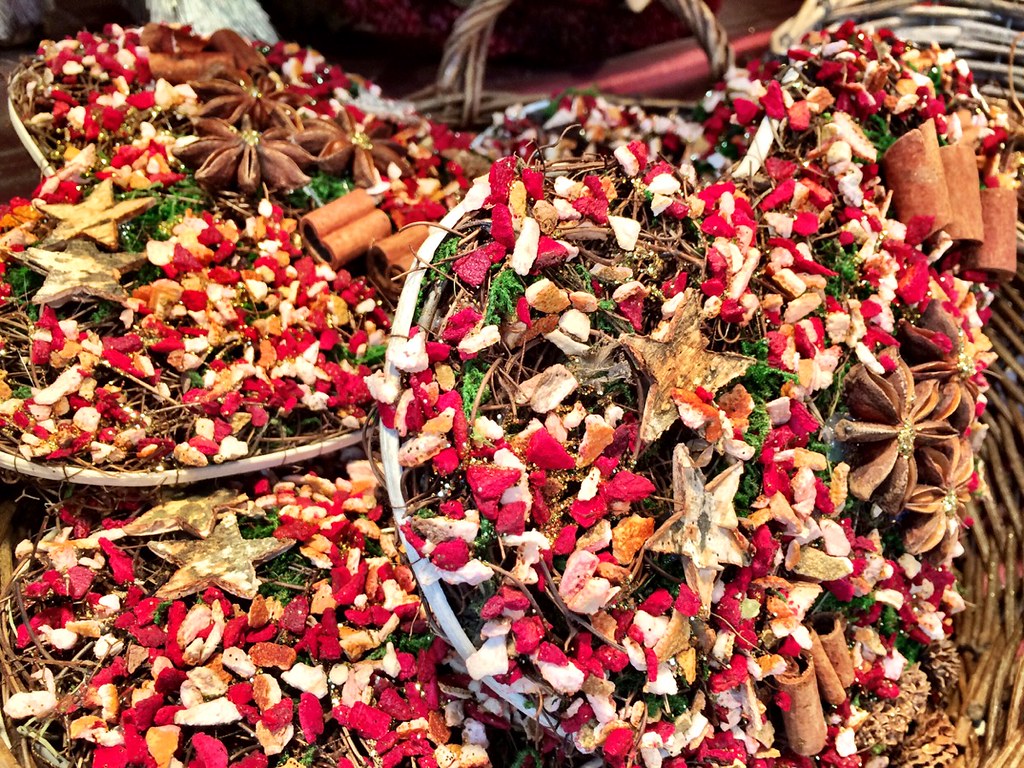 I was in Germany in December though on a quest to visit Christmas markets, and luckily that’s pretty easy to achieve in Cologne. With many markets of varying styles strewn all around town, it’s easy to lose oneself in the stalls and attractions that seem to lead from one to the other. The most noticeable market is centrally located right in front of the massive Cathedral or Dom for which Cologne is most famous. But there are many more throughout town, from the Medieval themed market with staff dressed in period costume, to the market found along the Rhine. No matter which one you visit, be sure to eat plenty of treats like the fried potato pancakes or the delicious meats grilled right in front of hungry guests. Walking back to our ship I noticed a smaller market close to the water, so I decided to investigate. While there wasn’t much to this tiny market itself to separate it from the others, its location in front of a certain building led to my discovery of a fun afternoon activity in Cologne. 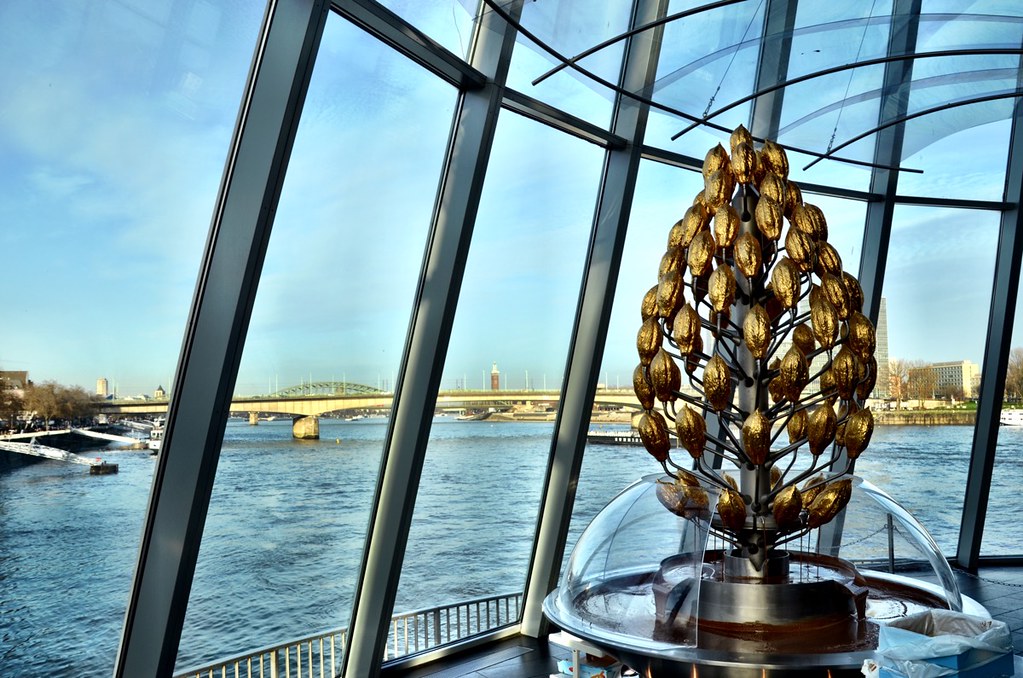 Perched along the riverfront is Cologne’s Chocolate Museum, devoted to telling the whole story of this favorite sweet including its long history as well as how it’s produced around the world. This actually wasn’t my first time visiting a chocolate museum, it may have been number 5 or 6, but it was the best run chocolate museum I’ve been too. The facility is large and interactive and interesting for all ages, not just kids. Watching the chocolatiers make artisanal batches was something I could’ve done all day, and the samples weren’t too bad either. Although the museum started life as an independent institution, today it’s owned by Lindt, so expect to see lots of their delicious products in the gift shop. 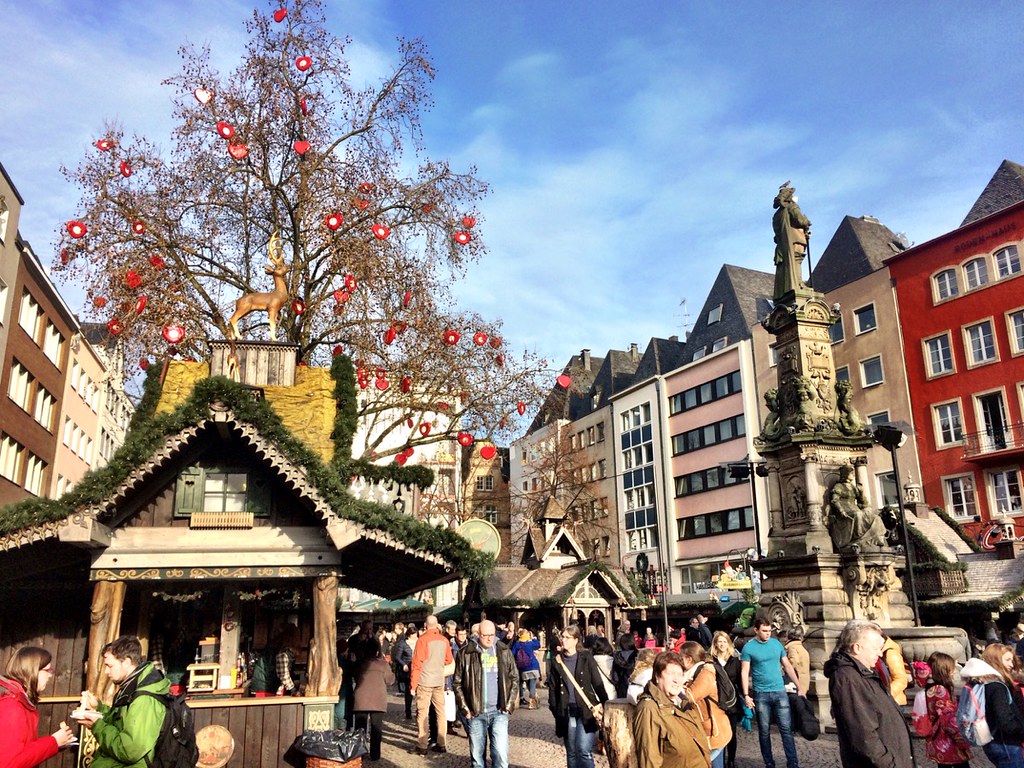 Yes, I was in Cologne as part of a Christmas Market River Cruise, but after two years of enjoying these cruises on different routes, I’ve learned that the travel experience is about much more than the markets. Sure, you’ll find these festive events in every city, but the cruise itself is really focused on the destinations and learning more about them. The cruises are offered year-round, and it’s only around Christmas that the markets come into play. Throughout the rest of the year the cruises are meant to introduce visitors to new cities and towns and to learn about them in immersive ways. That philosophy doesn’t disappear in December; it’s still there just augmented by the extra-yuletide cheer. So when we were in Cologne, I definitely made it a point to explore the markets and eat every meal at them, but for me the day there was about Cologne and getting to know the city better. And based on that admittedly brief introduction, I really liked what I saw.

The tourist experience in Cologne is centered on the Dom, and deservedly so. It’s massive, it’s impressive and it defines the city in many ways. But it’s not the only way the city identifies itself, and wandering through tiny back streets and cozy neighborhoods, I saw a different side to Cologne, one away from the tourist crowds bent on buying warm wine and instead discovered a city I really enjoyed spending time in. I could easily see myself sitting at a riverside café during the more temperate summer months, enjoying a meal and chatting with friends. It’s an easy feeling, a relaxing one and that more than any church or market is what I think endeared Cologne to me the most.

1 thought on “My First Date With Cologne Germany”