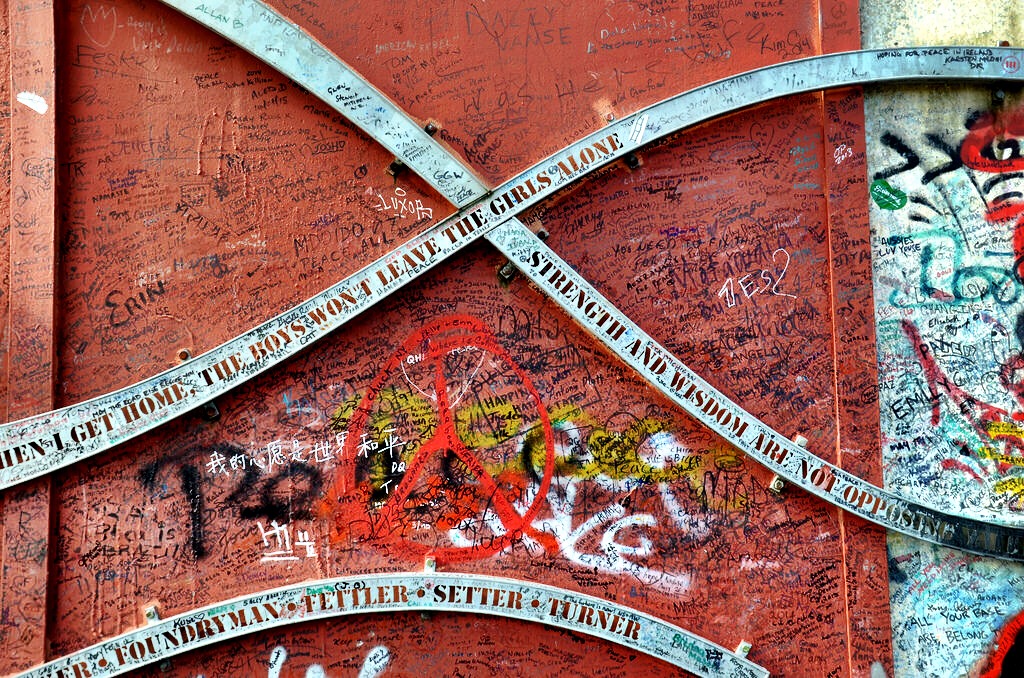 There was a time in my life, not that very long ago to be honest, when the idea of visiting Belfast would never have crossed my mind. Growing up in the 1980s, I vividly remember the images on the Nightly News of what was called The Troubles, the decades of violence that rocked the country. I also remember the Good Friday Agreement of the 1990s, and the hope that peace would finally come to Northern Ireland. Now, many years later, while there are still tensions, peace has indeed come to Northern Ireland and its capital city of Belfast, and I was excited for my first visit to what is ultimately a beautiful and incredibly engaging city. There’s a lot to do and see in Northern Ireland, but the proverbial elephant in the room naturally is The Troubles, which is why learning more about this turbulent history was something I wanted to do on my first morning in the city. Working with Tourism Northern Ireland, I joined a famous Belfast Black Cab tour to learn more about the city and its history in the best way possible, through a local cab driver.

Although the worst of the violence in Northern Ireland has long since passed, this is still a very sensitive topic and one that fuels strong emotions. I’ve seen that already on social media and I’m not eager to start a political debate here today. No, instead I am sharing what this incredibly well done tour is all about, presenting some facts and information along the way about The Troubles without assigning blame or taking a side. If the comments get out of hand, I will close them so be forewarned. It’s also important to note that I’m obviously writing this post from the perspective of an American. While I understood the basic foundations of The Troubles, many of the political intricacies were unknown to me before my visit to Belfast. To some, particularly those who call the city home, this post may therefore seem a little basic and perhaps even childish. But for the rest of the world, these issues are not well understood, so bear with me. 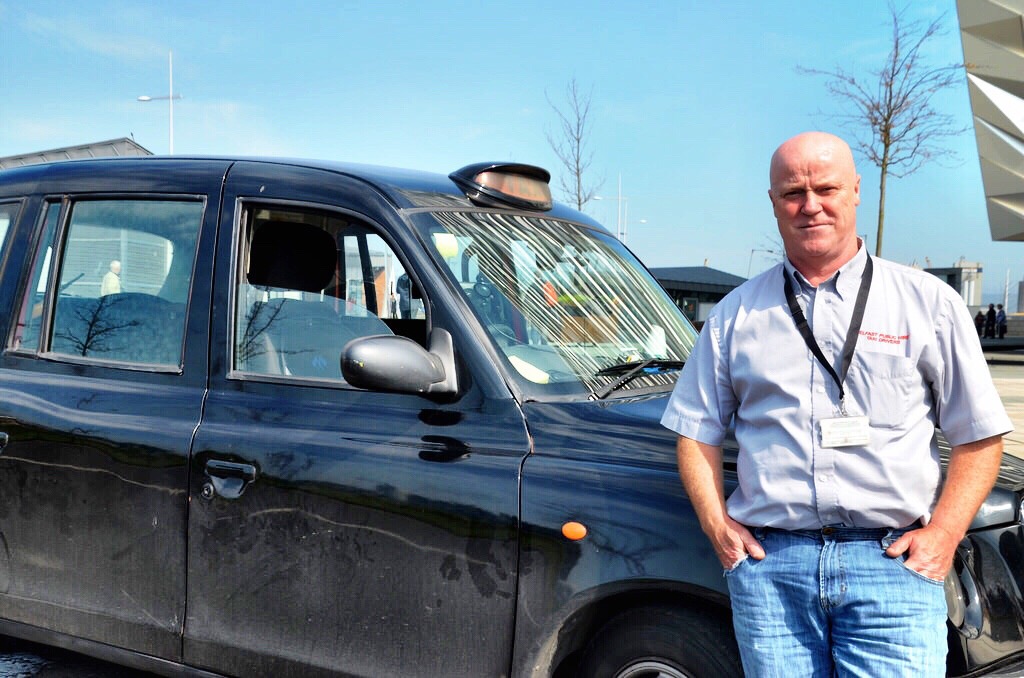 Classic London-style black cabs are a common sight in Belfast, and many of them have been used for years as a unique way to provide visitors with a tour of the city. Tours are usually conducted by real cab drivers, who in their spare time make some extra money by providing an in-depth, local perspective to Belfast. They’re all trained and knowledgeable, and the result is a tour unlike any other I’ve been on. Everyone knows that cab drivers are always the best people to talk to when you want to learn more about a new city, and these tours have captured that knowledge in a way that is totally unique.

Most of the companies offering these tours have a number of different options, but one of the most popular is the one I joined on a sunny morning, a political tour of Belfast. It was important to me to learn as much as possible about the politics of this still divided city, to see the remnants of the past as well as the modern city and where it’s going. It was the foundation I needed to start my Belfast experience, and I learned more than I ever thought possible.

The political tour takes visitors around the areas of North and West Belfast synonymous with the years of conflict known as The Troubles. Neighborhoods are important in Belfast, for decades where you lived indicated which side you were on politically. Peace walls still exist today separating Catholic (Nationalist, pro-Irish) sections from Protestant (Unionist, pro-UK) sections and there’s no indication that they’re going away anytime soon. As recently as 2012, a majority of locals said they want the walls to remain, finding a sense of security in their presence. It was around and through these neighborhoods and walls that we drove as the cab driver told me all about the political events that defined the 1970s and 80s in Belfast.

What I didn’t know before the tour was the importance of the many murals around Belfast, particularly in the controversial neighborhoods along Falls Road and Shankill Road. There we found dozens, probably hundreds, of elaborately painted murals detailing important events or political messages from both points of view. The murals vary widely from community to community, highlighting what’s most important to them. Whether it’s an individual who died or a shared history, these murals have become important in handing down stories from one generation to the next – for better or worse. The murals are a major focus of the black cab tour, that’s how important they are to the history of Belfast, both past and present. Murals aren’t a relic either, they’re still being created today, but many artists are abandoning old messages for more positive ones as they look towards the future. 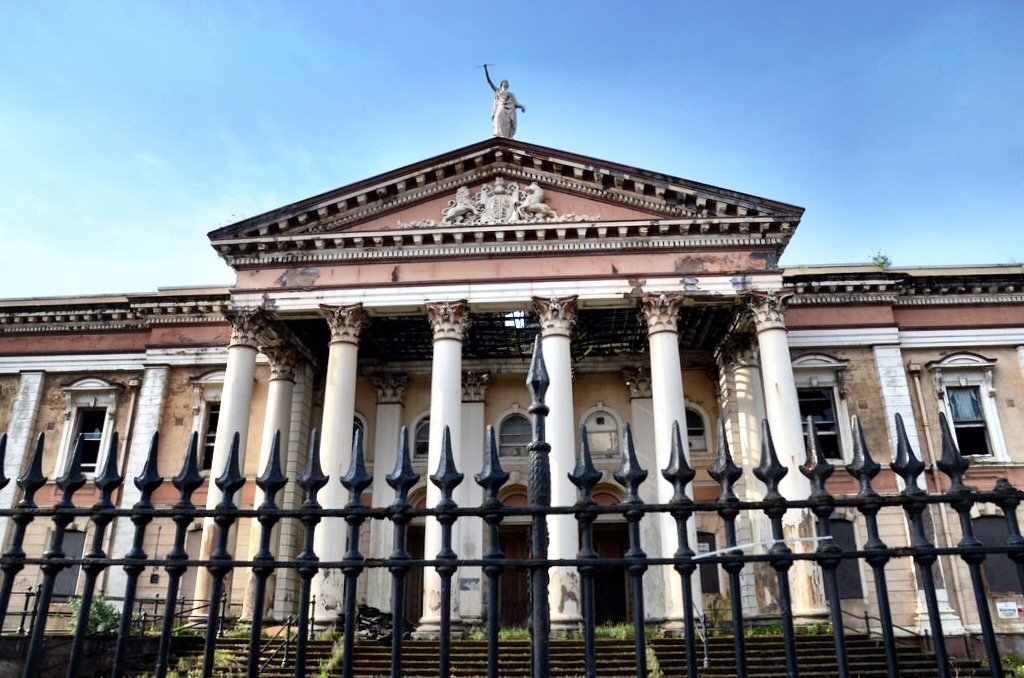 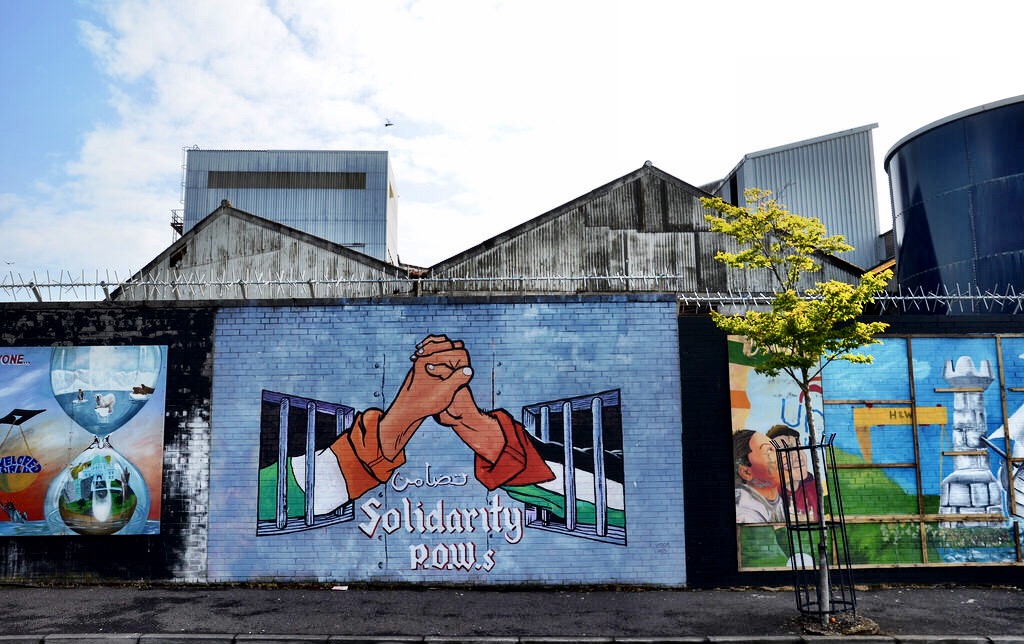 Many times, we left the cab to walk around neighborhoods as the driver shared with me his memories from The Troubles. Standing there in the middle of a neighborhood I remember seeing on the news on more than one occasion was humbling. So much strife originated from that very spot, a sad chapter in the history of what is a truly great city. Even after spending the morning with him though, I only began to understand the very basics of The Troubles. The conflict is complicated and intensely personal, but it’s one that is evolving. He said that the younger generations aren’t sticking as strictly to the neighborhoods as in years past, they’re moving out into mixed areas and integrating in ways that hasn’t been done in many years. It’s the start of real change, the social effects of the political ones that were agreed to in 1998. But it takes a long time, and there’s still a long way to go. There will be missteps along the way, but finally it seems that Belfast is more interested in looking forward than to the past.

The tour wasn’t all about The Troubles though; we also drove through other areas of town, past museums and universities, learning about the latest popular hangouts and what’s next on the horizon for Belfast. Concluding in the so-called Titanic Quarter, the driver and I said our good-byes. My time spent with him was the most interesting and valuable during my brief stay in Belfast. I learned a lot, saw a lot through his eyes and came to appreciate the city in a way I never would have been able to on my own. It’s always important to chat with locals when traveling, but in Belfast I think it’s necessary. 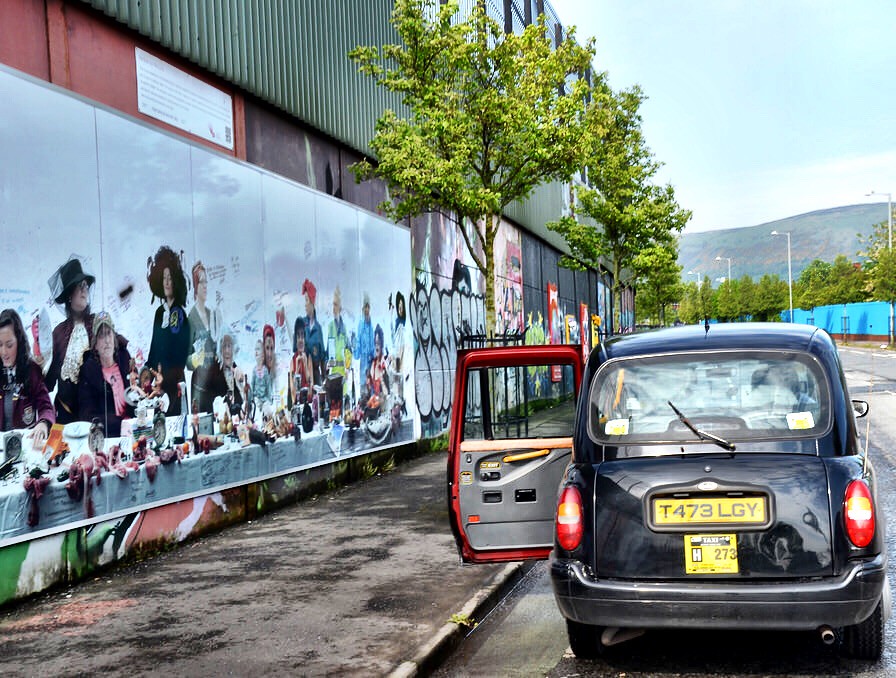 What I Took Away

For my generation at least, The Troubles are the proverbial elephant in the room when talking about travel to Northern Ireland and Belfast. We all have very vivid memories of those times, memories that fade away slowly – too slowly. Spending a few days driving around Northern Ireland was a revelation as I discovered a part of the world that’s not only physically beautiful, but spiritually beautiful as well. Belfast in particular charmed and wooed me, converting me into a fan by the end of my first day in the city. It’s a place though that begs to be understood and it’s incumbent on all visitors to do whatever they can to learn more about the city, both its past and present. The best place to start in my opinion is on a Belfast Black Cab tour, an experience that goes well beyond an average tour and becomes a special moment for everyone involved.