I try to avoid writing in hyperbole, but it happens along with flowery language and metaphors that are probably wildly inappropriate. Even before I finished my day driving along the Causeway Coastal Route in Northern Ireland though, I knew I’d be accused of these grammatical crimes when I eventually wrote about the experience. That’s because, without hesitation, I can say that the drive along this rocky and green coastline was one of the most beautiful travel days I’ve ever enjoyed. I knew it’d be pretty, but nothing prepared me for the scale of everything I saw and experienced that day, and sadly I know that not even the best of photos will be able to give it the justice it so dearly deserves. But I’m going to try. In this post I will try to share what the Causeway Coastal Route is all about and what makes it so very remarkable. Hopefully I’ll be able to represent it fairly and accurately because it is a travel experience so extraordinary that it deserves nothing less. 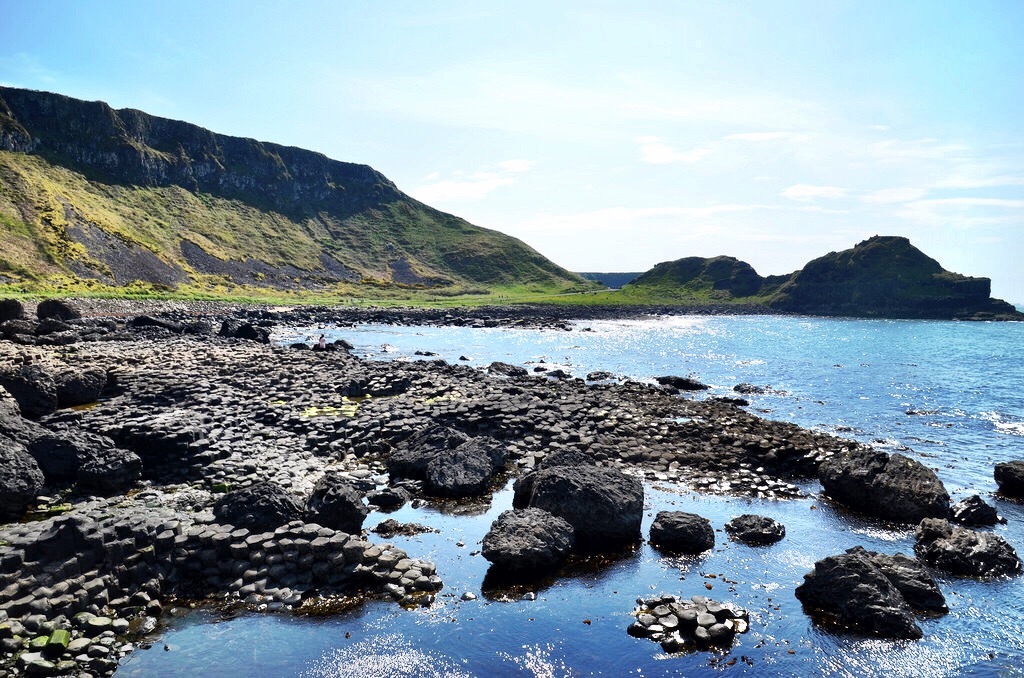 What is the Causeway Coastal Route?

Starting in Derry and ending in Belfast, Northern Ireland, the Causeway Coastal Route is a 120-mile drive that connects dozens of small coastal villages and attractions, including several smaller routes connecting inland sites to the main drive. It also takes much more than the 1-day I had to devote to it. I started early, ended late and raced along the way and was not able to even scratch the proverbial surface. Honestly, if you have a week to spend driving this impossibly stunning route, take it. Go slow, stop at everything and enjoy the almost otherworldly beauty you discover along the way. 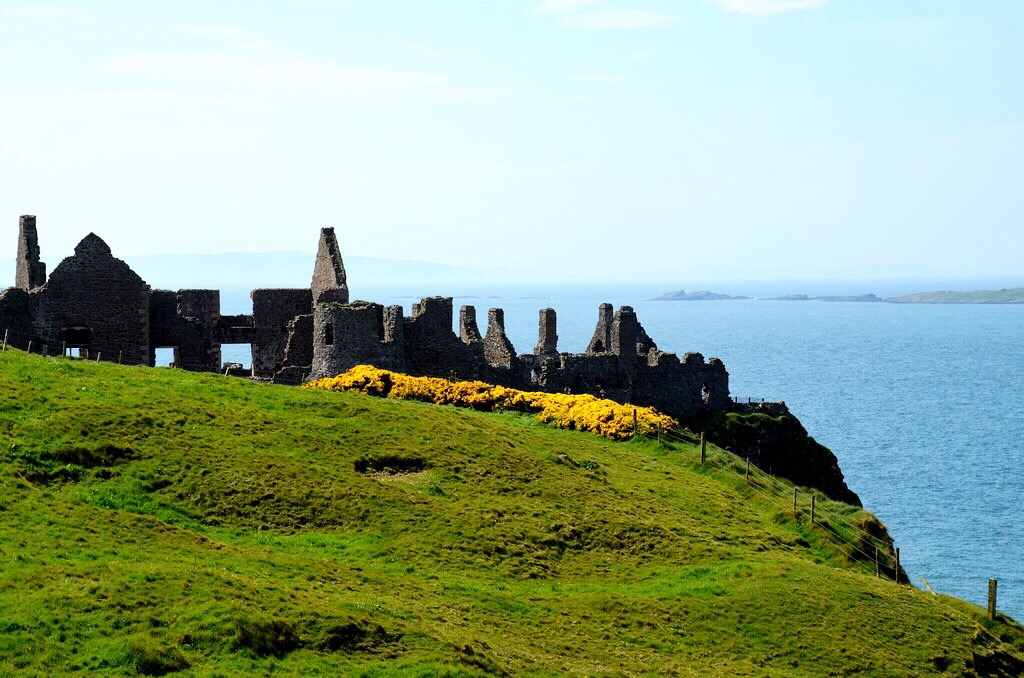 Highlights of the Causeway Coastal Route

Including both the main Causeway Coastal Route along with the supporting sub-routes, there are dozens of places to stop and explore, from long-ruined castles to active towns and villages and scenic vantage points. I was on a mission though to visit some of the many highlights of the route, all of which I actually managed to accomplish, even if it probably meant breaking a few traffic laws in the process. I will focus posts on most of these highlights individually, but here I want to provide just a brief overview of them to share the beauty of the drive in its totality. 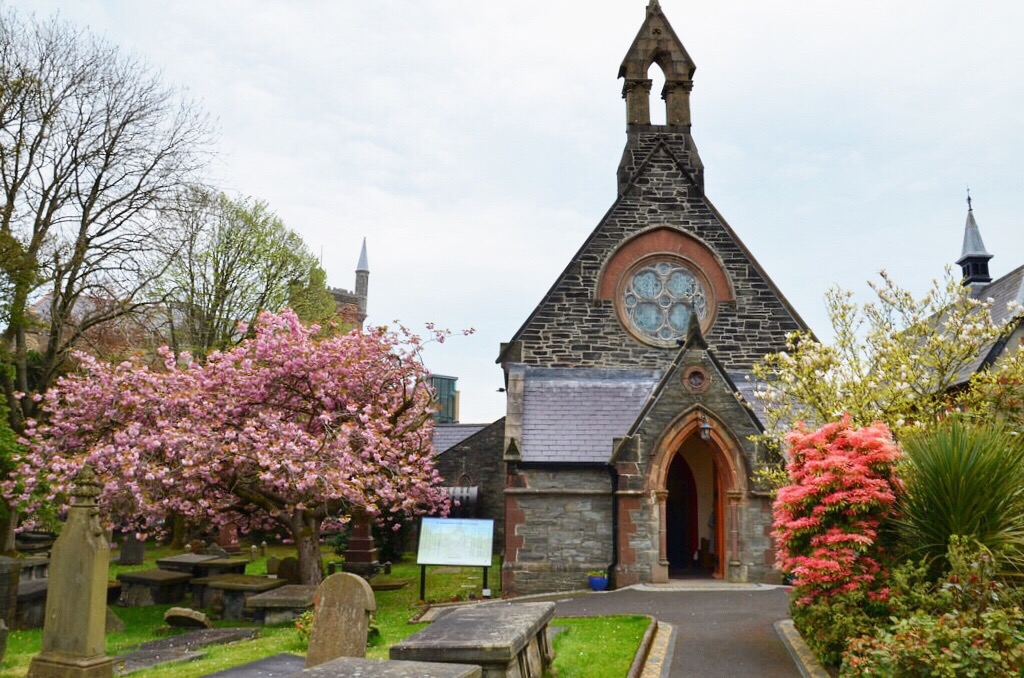 The city that sort of has two names, like many people I first learned of this beautiful city during the dark days of the Troubles when so much happened here. Today the city has emerged from that past and is a tourist destination in its own right with a beautiful downtown core, remarkably preserved city walls and an energy that’s hard to describe, but which made my brief time there so much fun. I joined a walking tour of the city not only to see more of it, but to learn of its history, from ancient times to the modern era. It was my first introduction to how locals talk about and present the Troubles, a point of view critical in my understanding of Northern Ireland as a whole. 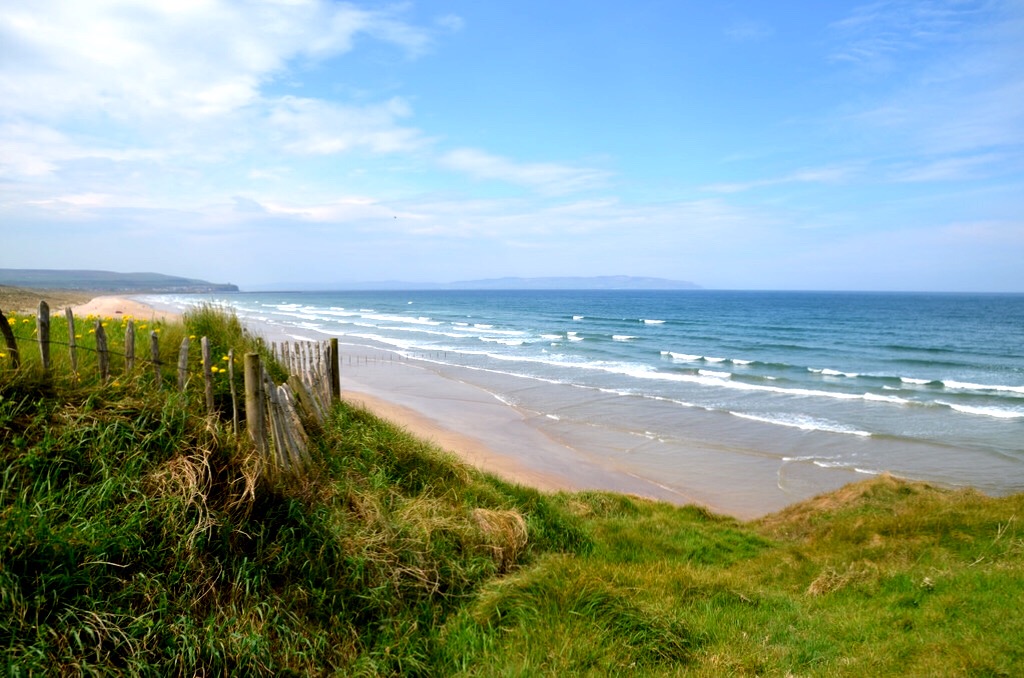 I love using social media to help me find places to eat when I travel, and leaving Derry I was thankful for the recommendation I received to try out Harry’s Shack on the beach in Portstewart. Taking an old shack and transforming it into one of the hottest restaurants in Northern Ireland, Harry’s enjoys an amazing location, great views and of course delicious food. It was also a great start for me along the Causeway Coastal Route, admiring the links-style golf courses and the broad, sandy beaches in this part of the country. 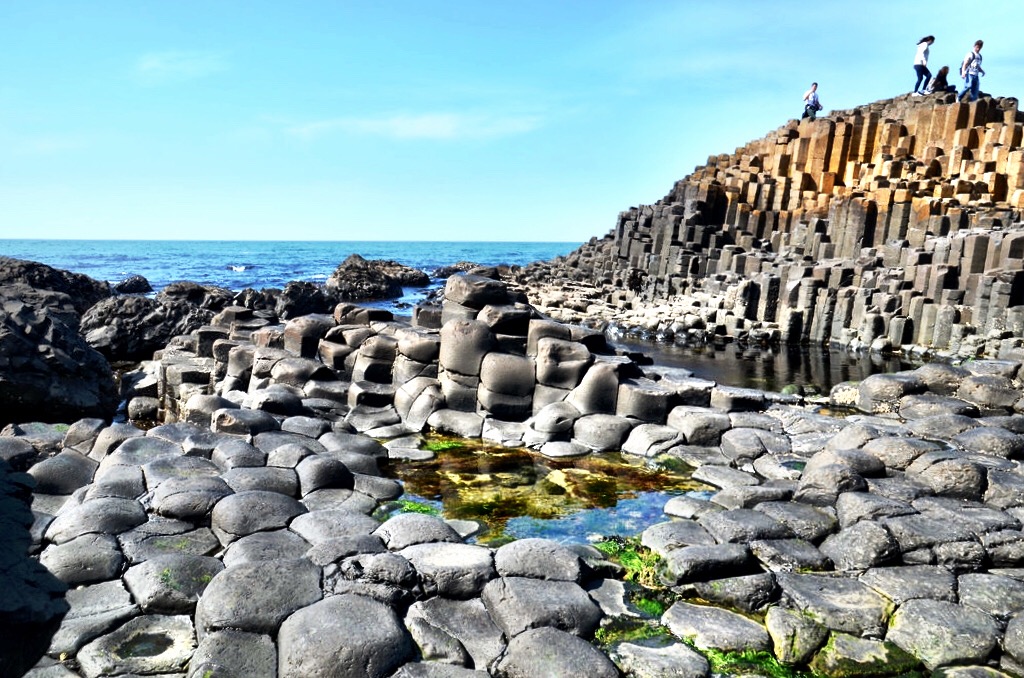 As nice as the entire Route is, the real highlight and star of the drive is without a doubt the Giant’s Causeway. This is a natural wonder that I’ve wanted to see in person for decades, and even as I stood there amongst the basalt columns I couldn’t believe that I was actually there. Northern Ireland’s only UNESCO World Heritage Site, the Giant’s Causeway attracts hundreds of thousands of visitors from around the world every year, and with good reason. Formed over 60 million years ago when molten lava cooled suddenly on contact with water, the Giant’s Causeway is an otherworldly landscape of bizarrely shaped columns that have played an important part in local folklore for as long as people have called the coast home. It’s a gorgeous area, and walking down to the columns themselves was a fantastic way to appreciate the beauty surrounding this natural wonder. 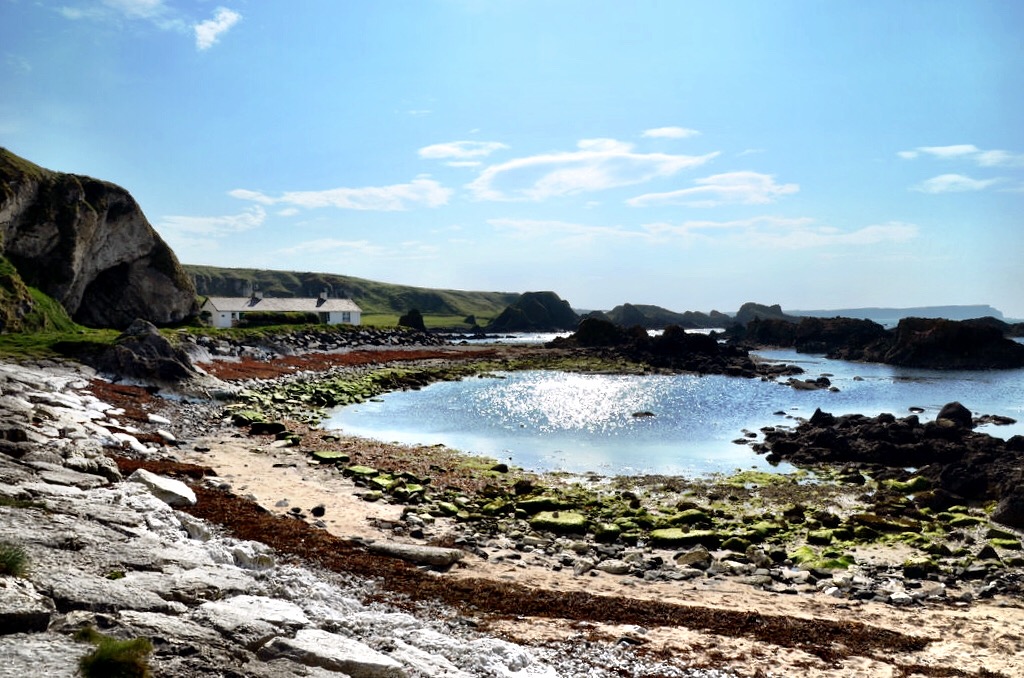 There are any number of minor stops along the Route, sites and attractions that don’t take a lot of time but when looked at as a collective help share the story of the Causeway Coast. This was one of those stops, a small and simple harbor that is the treasure at the end of a steep and winding road, it’s about to become even more famous since its inclusion on Game of Thrones. 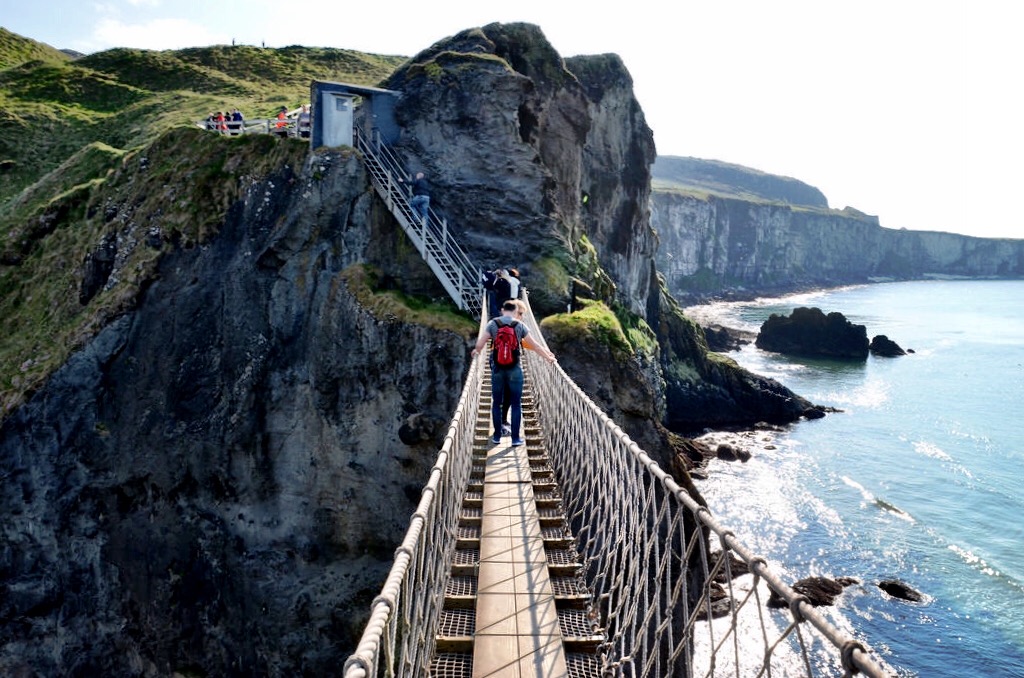 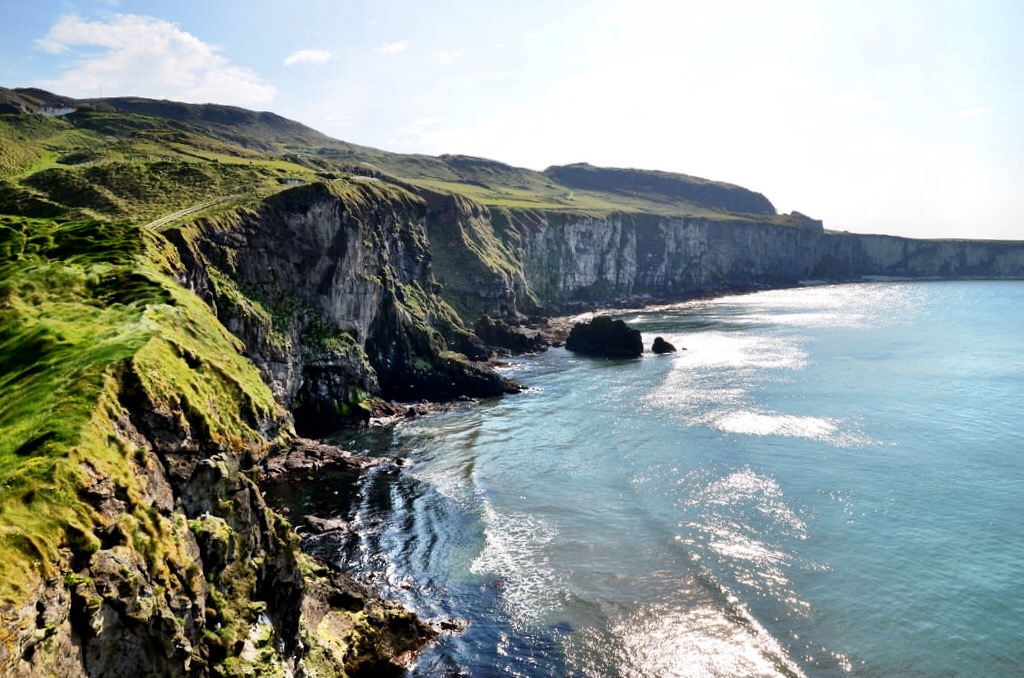 I technically didn’t have enough time to properly enjoy this fun, adventurous spot, but I’m glad I ignored my more prudent self and decided to throw myself into this experience without looking at the clock. Part of the National Trust, the Carrick-a-Rede Rope Bridge in County Antrim links the mainland to the tiny island of Carrickarede, just as fishermen used to employ them when checking their salmon nets. This narrow rope bridge spans high above the rocky waters below, providing a slightly scary but incredibly fun experience. While the bridge crossing was fun, walking down to the bridge and back is where the real magic happened. Throughout my week driving around Ireland and Northern Ireland, I was lucky enough to enjoy plenty of picturesque coastal scenes, but the coastline at Carrick-a-Rede was unlike anything else I’ve ever seen. Gorgeous beyond words and the ability for any camera to accurately portray, this is a must-stop attraction I think for anyone driving the Causeway Coastal Route. 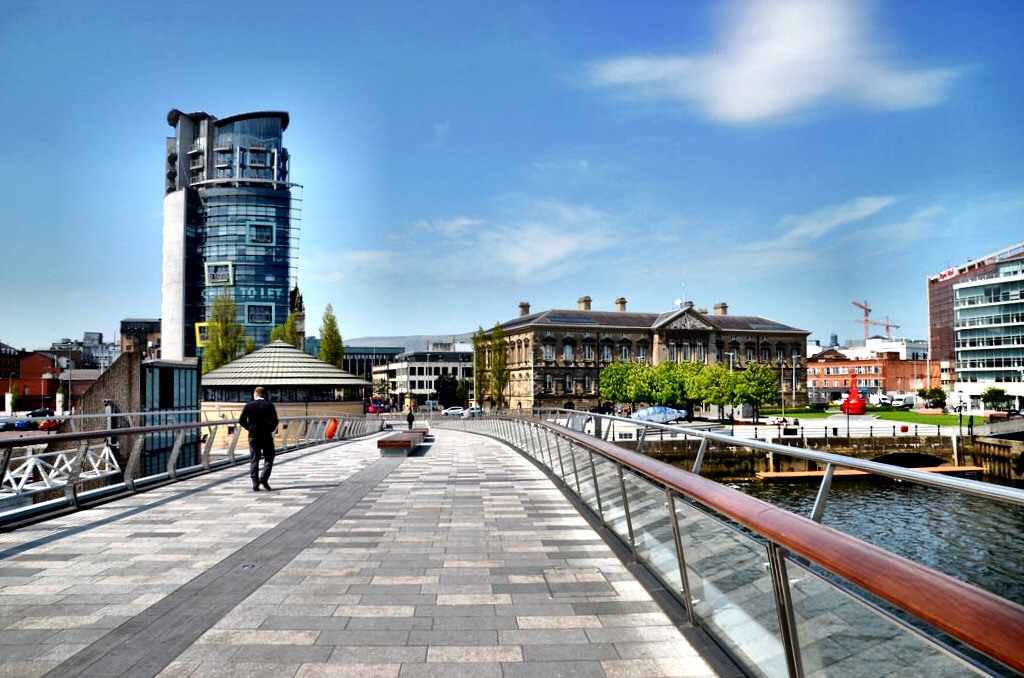 The Causeway Coastal Route ends, or begins depending on your direction, in the capital of Northern Ireland, Belfast. Twenty years ago no one would ever think of vacationing in Belfast, a city sadly better known for the Troubles and the violence that at one time rocked Northern Ireland. That’s all thankfully changed, and today Belfast is a lovely city with plenty to offer visitors, demanding at least a few days of your time to properly explore. I really enjoyed my time in Belfast and it’s a city I hope to return to again and again in the future.

Just as my drive along Ireland’s Wild Atlantic Way was as much fun as visiting the attractions along the way, the same holds true for the Causeway Coastal Route. Yes, the stops on the Route are gorgeous and fun to explore, but the process of driving it, even if I skipped a few traffic rules here and there, was the true experience. The Causeway Coastal Route is all about the drive, it’s all about discovering this part of the country using your own intuition and interests as a guide. It’s a fun and engaging way to see what are amongst the most beautiful landscapes in the world – just be sure to plan more than a day or two to do it.