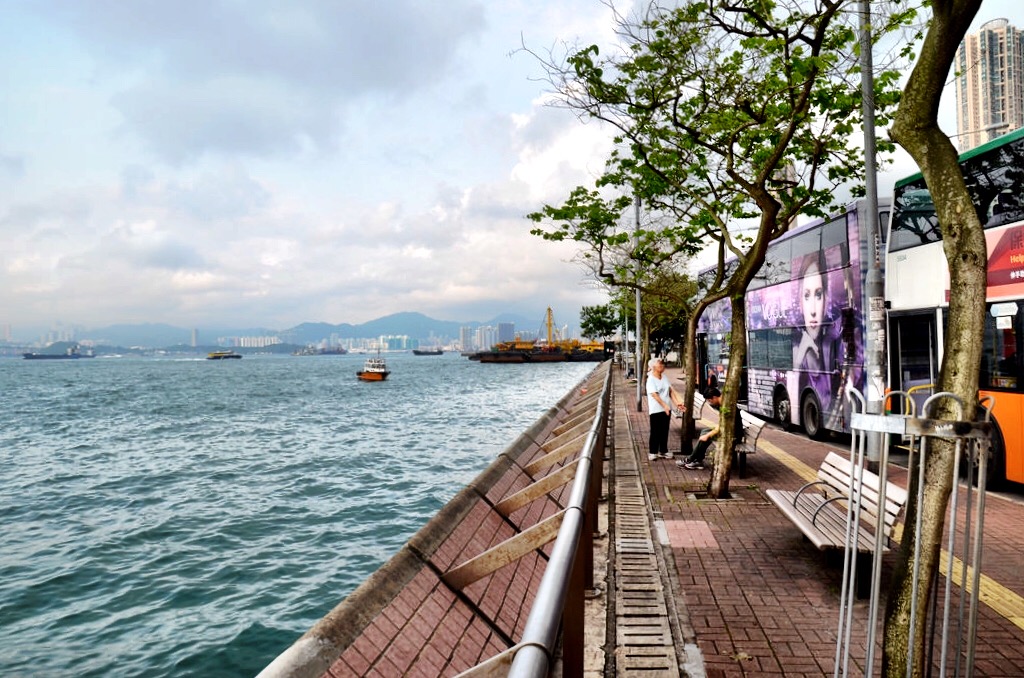 I didn’t have to spend the day in Hong Kong. I could have easily flown directly home, but Hong Kong is a special city and has so much going on that I wanted a least a day to see parts of it I’d missed on previous visits. In order to better plan my very limited time, I reached out to some folks in the know and one of the suggestions I received was to visit an up-and-coming neighborhood that so far, not too many people visit as tourists. Kennedy Town didn’t sound like much to me, but after a few Google searches, I liked the photos I discovered and, more importantly, I found a company that offered walking tours of the neighborhood. Started by a reformed travel writer, Little Adventures in Hong Kong Food and Walking Tours offers a variety of themed small group tours around the city, including Kennedy Town. I reached out to them, coordinated a private walk around the neighborhood at a reasonable rate and was excited for my afternoon exploring a part of Hong Kong that not too many people visit – yet. 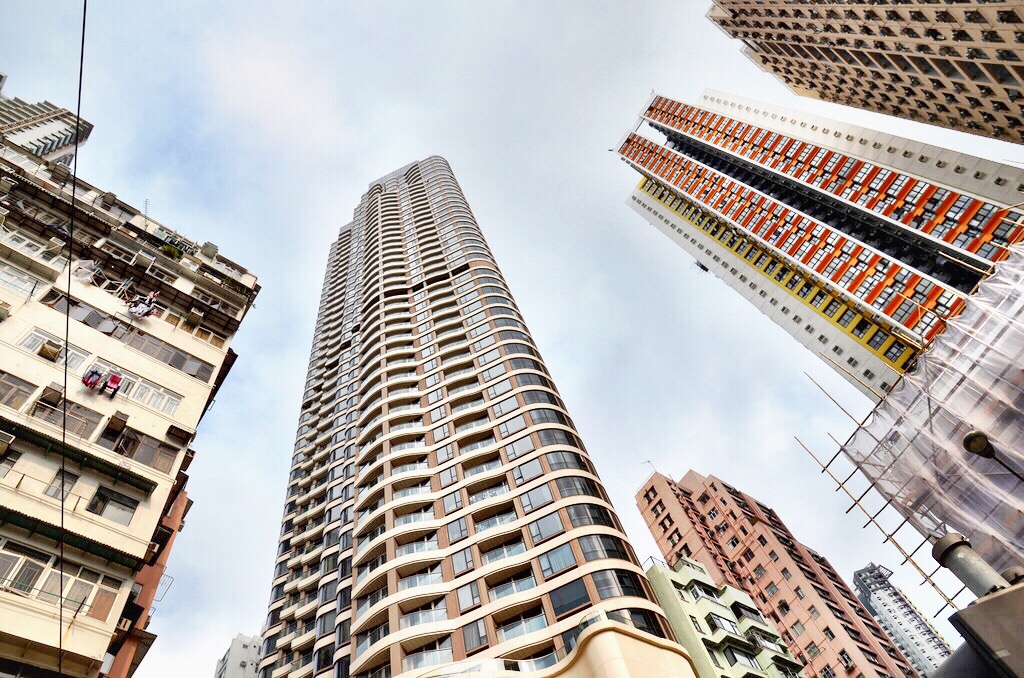 First, it’s important to note that no, Kennedy Town is NOT named after the 35th President of the United States, John F. Kennedy. In fact it’s rather obscurely named after Arthur Kennedy, a Governor of Hong Kong in the 1870s. Kennedy was an almost uniformly disliked leader, which is why the area of town home to the crematorium, slaughterhouse and later a contagious disease hospital was named for him. It’s an unlikely neighborhood, seemingly left behind while the rest of the urban jungle developed into the frenetic city we all know today. It was a forgotten relic, full of old style coffee shops and markets the likes of which the rest of the city hasn’t seen in many decades. All of that though is about to change, thanks to the recent opening of a new MTR subway station finally connecting Kennedy Town to the rest of Hong Kong. The question is whether or not this is actually a good thing.

A walk through time

Daisann McLane never intended to start an award-winning walking tour company, it just sort of happened. An accomplished travel writer who has lived all over the world, she was simply looking for a way to live full time in the city she loves, Hong Kong. Very quickly though she found friends and family constantly asking for advice when visiting the city, relying on her expertise and journalistic nose for seeking out the real beauty of any destination. Before she knew it her company, Little Adventures in Hong Kong, had taken over her life and she’s never looked back. She was my guide for the afternoon, meeting her in front of the newly opened MTR station, my brief trip over proving just how convenient the subway is and how easy it now is for anyone to reach Kennedy Town, which is part of the problem.

We started the tour off with something everyone in Hong Kong loves to do, eat. Food is an obsession in Hong Kong, but instead of one of the city’s trendy new restaurants, we stopped for a quick bite at what is admittedly a relic of the past, a traditional coffee shop. These simple establishments have been popular meeting places for generations, although they’re becoming harder and harder to find in Hong Kong. But in Kennedy Town their popularity has never diminished, which I quickly saw as we struggled to find a table for our afternoon snack. Ordering in fluent Cantonese, Daisann ordered a small sampling of treats that have long been treasured and which are all uniquely Hong Kong. Sweet milk tea, made with condensed milk, fresh egg tarts, a BBQ pork bun and Hong Kong Toast, a delicious slice of toasted bread lathered with peanut butter and finished off with condensed milk. It sounds odd, but it was delicious in a way that only homey food can manage. And just like a traditional Hong Kong coffee shop experience, friends of Daisann’s quickly joined us, an unexpected but welcome surprise. That’s the true essence of these cafes and why they’ve meant so much to so many people over the decades, for the friendships made and sense of community that can only be created over tea and snacks. It was also the perfect first introduction to Kennedy Town and why it’s such an important neighborhood in modern Hong Kong.

Simply put, Kennedy Town is what Hong Kong used to look like before the massive onslaught of international commercialism and rapid change became ingrained into the city’s DNA. You won’t find most of those Western chains you see throughout the rest of the city, instead you’ll find small mom and pop shops, restaurants and cafes, all of which are being quickly gobbled up by some newer additions.

Walking with Daisann, she shared the history of the neighborhood and why it was so very poorly regarded for so long. Aside from the mortuaries and slaughterhouse, it was hard to get to. If you worked downtown, you were dependent on trams or cabs to get to and from work, making Kennedy Town a less than ideal place to live. This inaccessibility created a beautiful snapshot of a time long gone, but which I saw in full display as I walked along the traditional terrace apartments, past old temples and shrines and along the original barriers and drainage systems all created when the modern city first began its development.

I loved the tour because it didn’t actually feel like a tour, it felt like spending the afternoon with an old friend, and ultimately that’s what we want from any great walking tour. I hate the idea of being led around by someone holding a flag or umbrella. Instead, I want an expert to help me understand a new area, but in a way that’s much more personal. This is what Little Adventures in Hong Kong achieves and so much more. 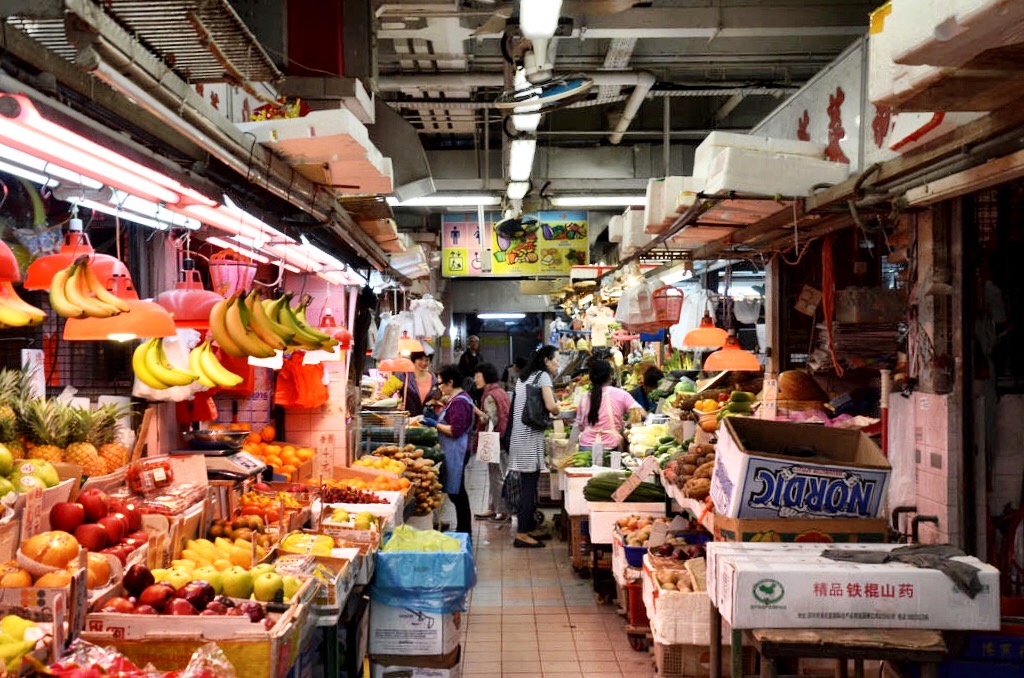 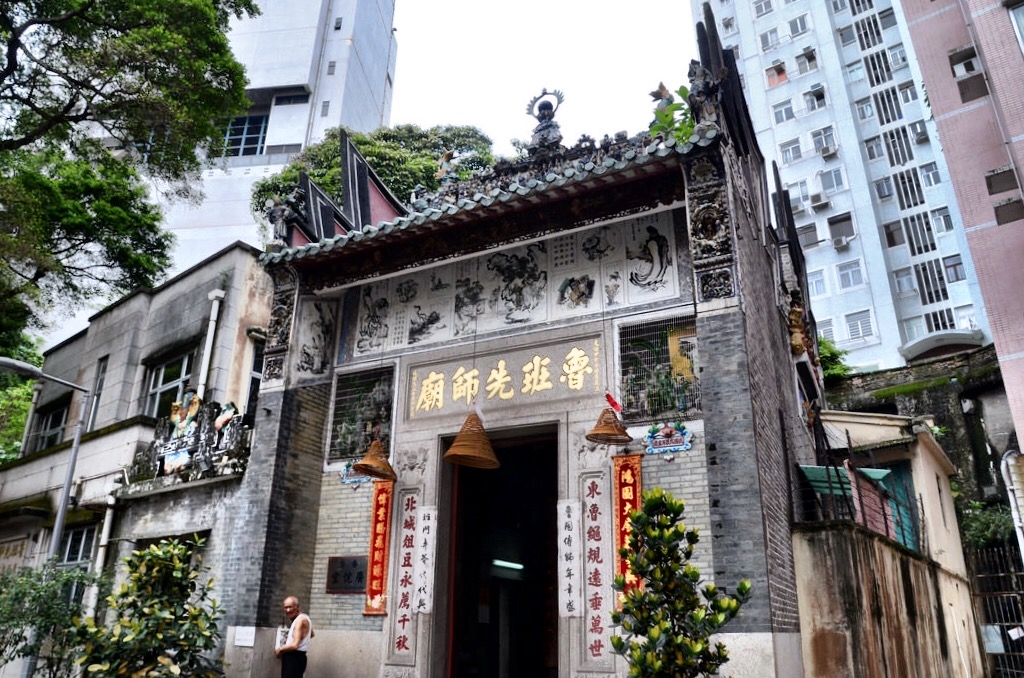 After walking through neighborhood markets, marveling at the fresh produce for sale, and touring public housing apartments learning more about the complex relationship between rich and poor in the city, I was shocked. Shocked that I had not yet seen this, a more authentic side to Hong Kong before, a neighborhood that has expertly hidden in plain site for years. We finished our walk along the old waterfront, drinks in hand purchased from a new shop clearly appealing to young hipsters who are starting to move in. The dichotomies in Kennedy Town between the haves and have nots could not be more clear. Across the street from the public assistance apartments is a chic wine bar. Around the corner from a traditional cafe is a pop up coffee bar, offering artisanal roasts from around the world. The two worlds of Hong Kong both old and new are converging in Kennedy Town and no one knows what that means for the future. 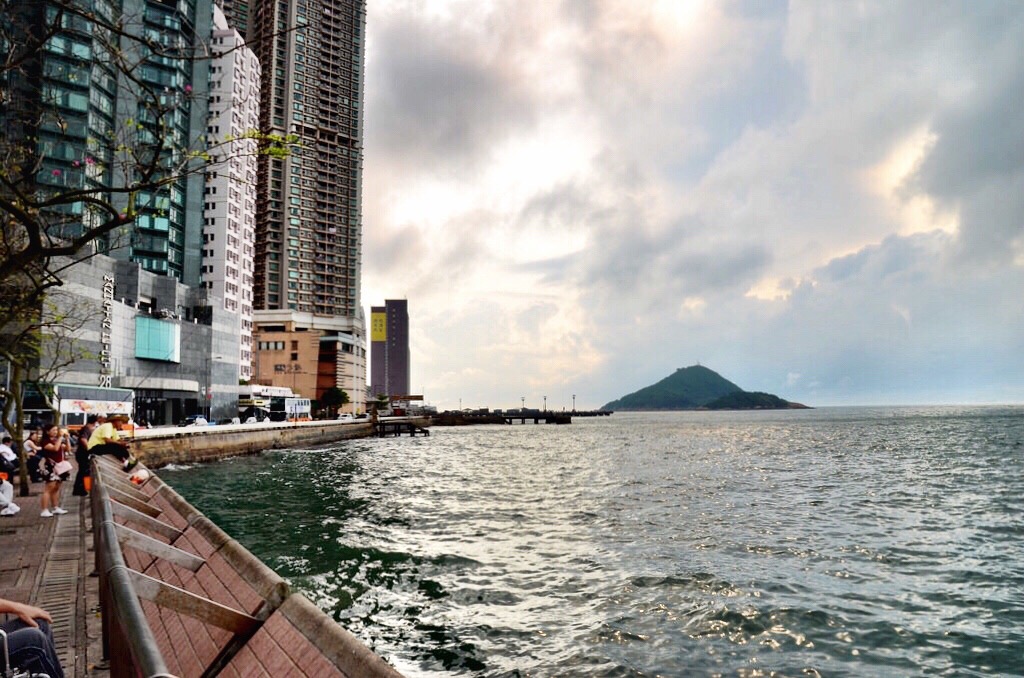 It’s hard not to gaze across the harbor in Hong Kong and be mesmerized by the maritime ballet that happens on the water all day every day. Ships from around the world stop here, picking up or dropping off goods before continuing on their way. It’s the same role Hong Kong has played in world trade for more than 175 years, and clearly isn’t going away any time soon. In that time the city itself has changed any number of times, it’s on a constant push to reinvent and change, rarely leaving anything from the past behind as a reminder. Except Kennedy Town. The entire neighborhood is a relic, a vestige of a Hong Kong that just doesn’t exist anymore. But that’s changing too. With the introduction of the new MTR connection, developers have arrived in full force, buying up old buildings to turn into new and pricey condos and apartments. Classic noodle shops are selling out to trendier gastropubs and wine bars. Modernity is creeping into Kennedy Town whether it wants it to or not.

I’m not sure if this is a good or a bad thing, it just is. I understand why some people don’t ever want to see Kennedy Town change, but change can also be positive. Amenities and services will be made available to the residents of this unlikely new hotspot, offering a higher quality of life in the process. The problem is whether or not those same residents will be able to afford their lifestyles in the new Kennedy Town, and whether or not some of the things we love most about the Hong Kong spirit will be forever lost. I clearly don’t have the answers, but it will be something interesting to watch over the next few years as this neighborhood changes.

More than anything, my walk around Kennedy Town proves the need to branch out away from the guide books and officially recommended tourist sights and instead try to seek out different sides to a city’s personality, even one that seems as monolithic as Hong Kong. I’m so thankful for the recommendations of friends and the expertise of Daisann in providing me with this glimpse into the heart and soul of a city that I already loved, but for which I feel an even greater admiration.