It seems like I should know Ireland better than I do. It’s close to the US both in terms of geography and cultural ties and has so much to offer, from food and warm-hearted people to natural landscapes that look as if they were plucked from the latest Hobbit movie. And yet I just returned from what is only my third trip to the Emerald Isle, and while it was the longest I’ve spent there at one time, five days is not nearly long enough to see and explore all that Ireland has to offer. But more than anything else, this last trip was a good reminder not only why I love visiting Ireland, but why millions of others do as well so I thought I’d share a few of those reasons today.

Ultimately, Ireland is not a large country, about the size of the U.S. state of Indiana, but packed within those bright green borders is more than any other country of its size can offer. This last trip taught me that lesson because it was the first time I had the opportunity to drive myself around Ireland. I’m no great fan of left-hand driving, but it’s worth the initial stress for the chance to get out and explore the country. Almost immediately I knew the drive would take forever, not just because of my driving skills, but because everything I passed looked too interesting to ignore. This has happened to me only a couple of other times, driving around a place that has so much to share and is so physically gorgeous, that passing by any of it seems like a tragic event. That’s Ireland; whether it’s the views that seem too perfect to exist in real life or the historical markers of events and people I never thought I’d seen in person, the entire country is a tourist site, a rarity believe it or not.

That’s one reason why it’s a big-small country, but the other reason that it demands time to explore is the roads themselves. There are some major highways, but for the most part I drove along country roads and winding paths cut through farms and along the shear cliffs of its wild and ragged coastline. The Wild Atlantic Way, a coastal driving route that runs for about 1,500 miles, is the best way to experience the country, but once you hop on that path be prepared to stop and stop often. I remember one day of driving so beautiful that I just had to make the decision not to stop anymore, otherwise I would never have reached my final destination for the day. That’s a hard decision for someone traveling and exploring to make, but it’s one that all of us traveling to Ireland have to mentally compromise on. There is just too much to see and do in the country for one trip. A lifetime could be spent here, and no offense to Indiana but I don’t think I could say the same for them. So it’s not a function of space that makes Ireland interesting, it’s all of the glorious bits that fill it and transform it into something truly remarkable.

More Than a Pretty Face

Ireland is physically gorgeous; there can be no denying that. But the travel experience there is about so much more than just nice coastlines and rolling verdant green farms dotted with snow-white sheep. Ireland is the sum of its parts, and for me a big part of the travel experience there has always been her people. You will be hard pressed to find a more affable and hospitable group of people than the Irish anywhere in the world. Hundreds of years of struggle and hard living have created a general culture that is fun, irreverent, outgoing and welcoming. Not all countries are like this, far from it, many places are cold and distant to outsiders, happy to take your money but preferring also that you’d just leave them alone. Ireland isn’t like that, in Ireland it’s all a group effort and usually the local folks in those small towns and coastal retreats aren’t just happy to see out-of-towners, but they want to share everything that makes their corner of the world so very special for them. The net result is that there are few places in the world where I feel so comfortable in my own skin than in Ireland. I know if I need help, it will always be given and if I dare to bring up the question of where to eat, I’ll get more responses than ever seemed likely. No, more than nice photos, the Irish themselves are at the heart of the travel experience.

But so is the food to be honest, and with only 1 or 2 exceptions, the last week I spent traveling around the country was as delicious as any I’ve spent in a while. The classics are everywhere to be found from amazing brown breads and freshly made butter, to meats and cheeses that rival the best in the world. But it’s not all Guinness and beef stew, like most places around the world, creative chefs and cooks are doing exciting things in Ireland as well, but in a decidedly Irish way. Several times last week I enjoyed meals that were more “elevated” than your traditional pub night out, but they weren’t fussy or unnecessarily construed. Just like that pub grub we all know and love, these more refined restaurants also draw on local ingredients and customs creating meals that are new and delicious, but which also keep their values and traditions in mind. That’s not easy, but when it happens something special is created. 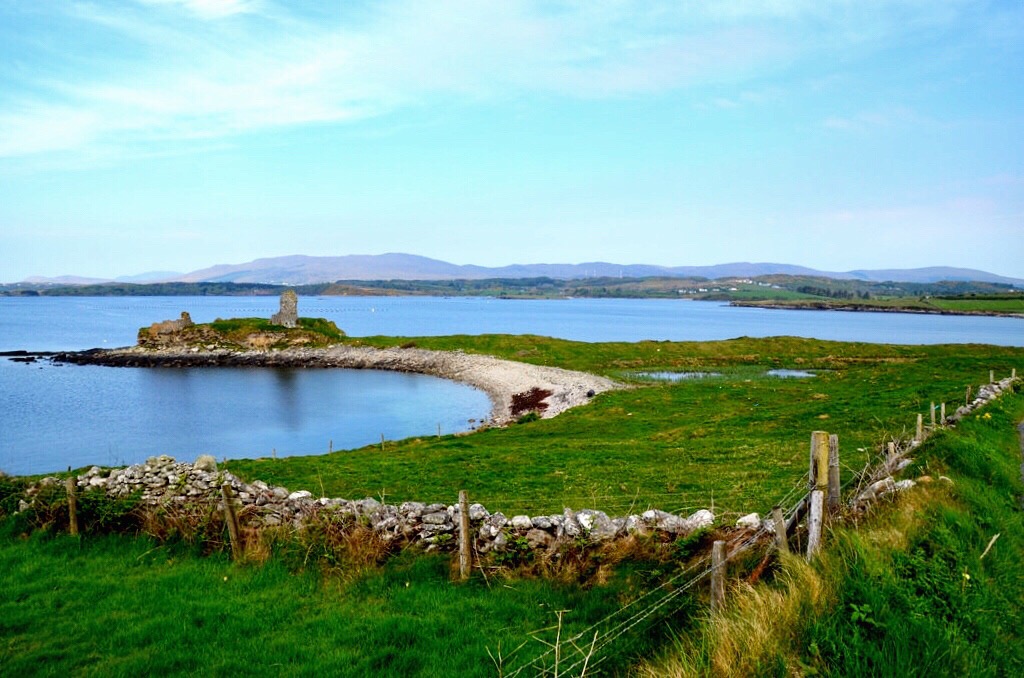 Ireland lives up to the promise

As the shuttle took me from Glenveagh Castle back down to the car park, I couldn’t help but notice the driver was singing “Danny Boy.” To the right was a bright yellow bush of gorse, and to the left a beautiful lake with the sun shining down across its waters. All I needed was a leprechaun to round out the moment of perfect Irish-ness and that’s when I realized that Ireland lives up to its own hype. We all have preconceived notions of what certain countries will be like before we visit, and while sometimes those ideas are right, usually they’re just gross over-generalizations. The French are not wearing berets to work everyday and the Swiss aren’t yodeling their afternoons away. But Ireland in many ways lives up to her stereotypes, but in the most wonderful ways. Ireland is everything we want it to be and more. When we think of Ireland we think of kind people, delicious food and natural scenery that will take your breath away. Well all of that is there in spades, and so much more. I think that’s one of the main reasons why Ireland is such a popular destination not just for Americans, but for many people around the world. Ireland lives up to its own mythology, it actually looks like the tourist brochures and in a day when most people over-exaggerate to make a few extra bucks, Ireland is a like a big hug. Things feel right in Ireland and if anything, the experience is always better than I think it will be, and I daresay that I’m not alone in that feeling.

Five days is not long enough to be in Ireland. My previous trips were each even briefer and while I’ve spent collective months in some countries around the world, poor neighborly Ireland remains largely unknown to me. But it’s not a place that you can experience the entirety of in just one trip, or even two. It demands time. It demands slow and experiential travel and more than anything else, it demands your full attention. Once you commit yourself to this and once you do visit again and again, something wonderful I daresay will happen and you will have created travel memories that transcend a more average trip into a travel experience that is above and beyond what you ever thought possible.

2 thoughts on “Remembering Why I Love Ireland”