I’ve always been a picky eater, although today I’m at least open-minded when it comes to trying new things. Well, sort of. I’ve felt the need to write about my picky eating ways in the past because it tends to confuse and confound many people, and I can’t blame them. Whether it’s an issue of nature or nurture, there is a long list of things I simply won’t eat, from fish and seafood to most vegetables and anything I consider to be strange or unusual. I eat plainly, and I’m fine with that and for the most part it hasn’t been an issue while traveling to many countries around the world. There have been some challenges, particularly in destinations where fish and seafood is commonplace but one country instilled in me a fear. A fear of not finding anything suitable to eat or identify; a place where my best refuge might be in Western chain restaurants and bags of potato chips. China scared me and while I don’t think the food side prevented me from visiting for so long, fearing the food culture didn’t necessarily make me eager to plan a trip either. Almost immediately upon landing in Beijing though I could tell that not only was I horribly wrong, the food I discovered also became some of the best I’ve found anywhere in the world. I’ve had many fellow picky eaters ask me about my food experiences in China, so I thought I’d devote a post to it talking about the fictions and realities of being a picky eater in China.

There is no such thing as Chinese cuisine

China is big, very big and as the most populated country on the planet, the combination of its size and population means that there’s no such thing as one, definable Chinese cuisine. Instead, there are regional food traditions many of which are familiar to us, while many others are undeniably foreign. I was lucky in that I spent some time in Chengdu, the capital city of the Sichuan province and a city famous within China for its love of food and its spicy culinary traditions. That experience taught me a lot about eating in China and more than anything else, converted me to enjoying the food culture instead of fearing it. But one thing is for certain, Chinese cuisine is not a monolithic entity and it’s not static, it’s dynamic, changing and evolving as it needs to.

I won’t run down everything I consumed when I was China, that’s boring and probably not useful. Instead I want to share a few highlights to use as examples of the width and breadth of dishes you can find, but because of its incredible size you’ll need to explore on your own and find your own culinary treasures. But what’s important to keep in mind is that it’s possible, which I thought unlikely before my trip.

Street food – The concept of eating street food in China terrified me, and honestly had I not been with a guide who spoke the language I may not have attempted it. There is a long tradition of nose-tail eating in China, but that’s not a tradition I like or observe. So if I could avoid offal and other unappetizing bits, I was more than happy to do that. But those foods weren’t as ubiquitous as I had imagined before the trip. Instead, most of the food carts I noticed while in Beijing were actually very similar to each other both in look and what they serve hungry city-goers every day. One of the most common handheld bites I noticed were small buns; beautifully doughy rolls filled with any variety of foods, both sweet and savory. BBQ pork was an immediate favorite of mine, as was a dessert bun filled with nothing I could recognize, but delicious in its own right. I actually found quite a few sweet items for sale, a local version of pastries. That surprised me. Having spent quite a bit of time in Asia, one thing I’ve noticed is that there isn’t a strong emphasis on dessert. It’s more of a Western concept and traditionally someone’s sweet tooth was usually satisfied with fruit or something similar. But China is different, and Beijing is certainly different thanks to millennia of trading that has brought in people from all around the world. Desserts can be found in Beijing and almost immediately they reminded me of confections I’ve found in Egypt and other Middle Eastern countries. I mentioned that similarity to my guide and he affirmed my hunch, that’s where they originated from centuries ago. Trading routes brought them to China, where they took root and flourished. It’s a wonderful mix of cultures that has created a food culture that is frankly surprisingly interesting.

Simple meals – While out and about both in Chengdu and Beijing, lunches and even some dinners were made up of what I consider to be simple but hearty meals. Noodles with meat and delicious broth, fried rice and chicken, and of course the famous Chengdu hot pot all became important aspects of my trip. One thing that I noticed was that the small restaurants seemed to specialize in one or two dishes and while they have full menus, people pretty much just come for those one or two dishes. The trick then is learning which restaurant specializes in what food and what to order when you visit them. Spending time in the country is the only real way to accomplish this, or to join a tour with a guide who can help you navigate the local culinary landscape. In Chengdu I was lucky enough to have some locals who took an interest in me and shared the intricacies of the hot pot dinner.

Sichuan hot pot is a style of cooking found throughout Asia and reminded me a lot of savory fondue I’ve tried at the Melting Pot here in the States. Each table is equipped with small vats of broth that are then heated and the diners cook their food in the broth. You can order from a long list of items including vegetables and potatoes to meats in every size and shape. In Chengdu, their love of spice is plainly seen in the hotpot experience as the formally gentle broth has chili and other spicy ingredients added, creating a spicy experience you’ll never forget. It was a delicious introduction into the culinary side of Chengdu, a city that loves to eat almost more than any other in China. 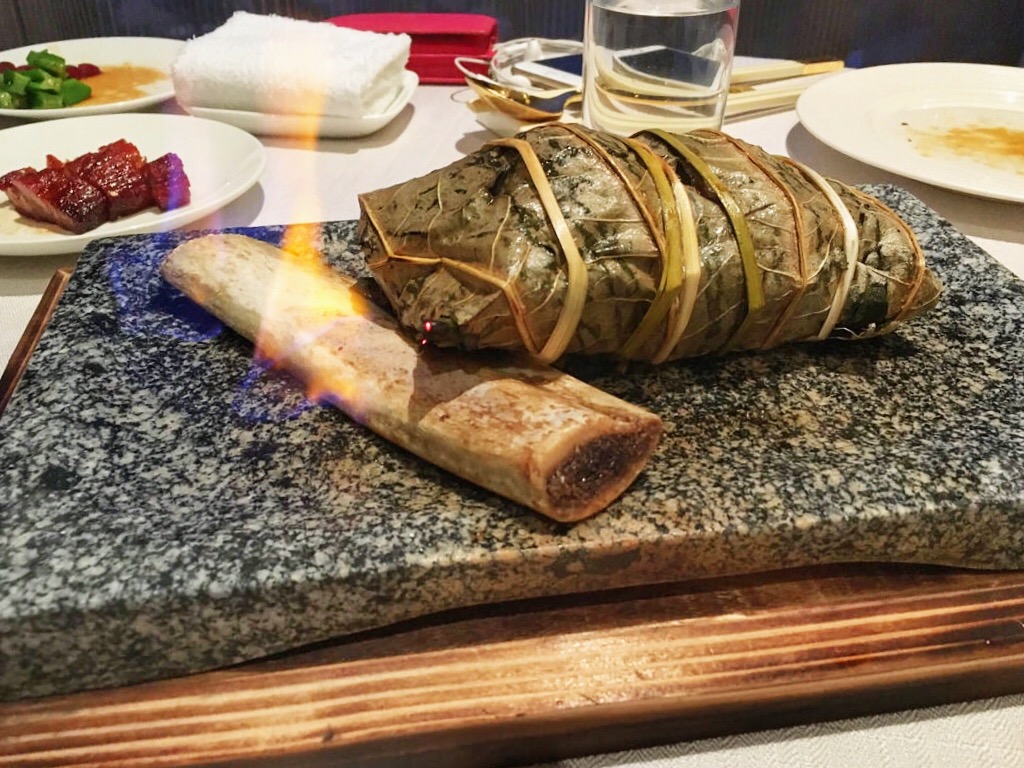 Fine dining – Eating in China though isn’t all about street markets and noodles, there is a strong fine dining landscape in its big cities, usually led by luxury hotels. Unlike hotels in the US, hotels in Asia and especially China feature amazing food prepared by well-known chefs in restaurants that routinely earn international praise. Hotel restaurants are the stars of fine dining in China, and not the afterthought as they are in some other parts of the world. A good example of this is the dinner I enjoyed while staying at the Ritz-Carlton Financial Street in Beijing. Qi Restaurant takes classic Cantonese and presents it in ways that are both creative and refined. Aficionados of traditional Chinese cuisine will find all of their favorite tastes and familiar smells, but served in ways that are decidedly unexpected. For me, it was a great way to learn about the staples of Cantonese cuisine, and enjoying a fantastic meal in the process. 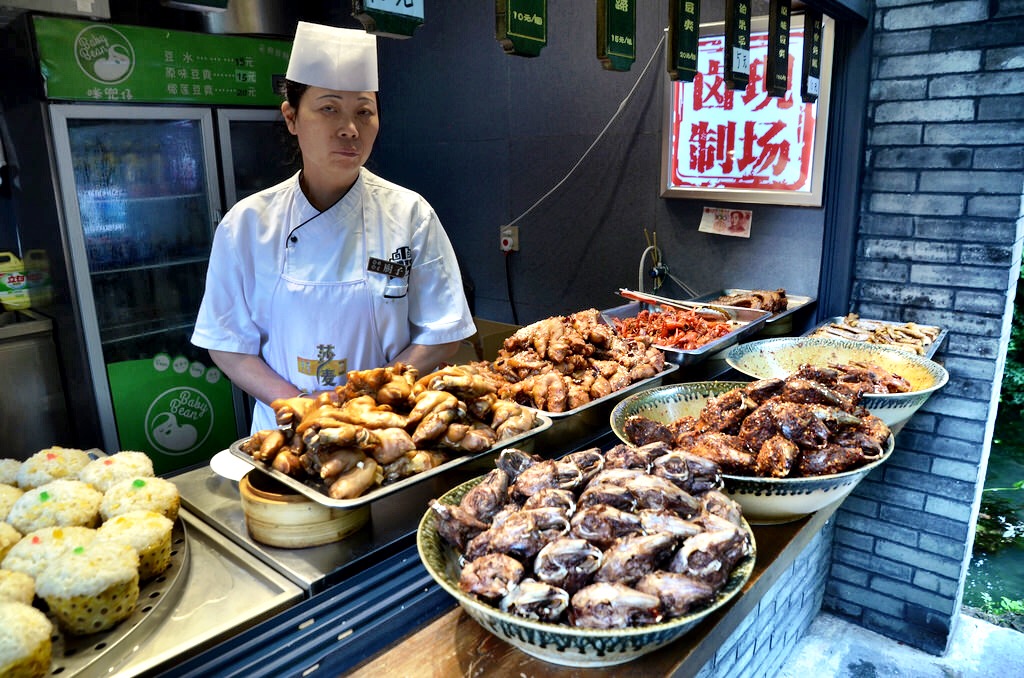 I went into my China experience fearful of the food. There’s just so much that I don’t eat that I honestly thought fast food restaurants might be my only option. But I didn’t give China enough credit. What I discovered was a rich culinary landscape that was incredibly varied, offering something to appeal to most appetites. This isn’t the same in all countries and certainly not in all Asian nations. Frankly, I’ve struggled visiting places not too far away from China. But throughout my time in China instead of avoiding local delicacies, I enjoyed them and more than that, found myself wanting to learn and taste more. China is on most people’s travel bucket lists for any number of reasons, from its natural beauty to historical landmarks, but I think that its food should also make China a must-visit destination. The fastest way to learn about any new culture is through its food, and in China those lessons where amongst the most valuable that I took away from my time there.

1 thought on “Tales From the Road: How A Picky Eater Managed in China”