Not only do I travel a lot, but I see and do a lot wherever I go. I’m a very active traveler and it seems that I always need something to do. I’m also a prolific writer and almost everything I see and do at some point will make its way onto this web site. Almost. Sometimes places and experiences fall through the cracks either because I frankly forget about them or just haven’t gotten around to writing about them yet. So today I thought I’d share a few fairly random tourist attractions around the world that I’ve enjoyed visiting in recent months, but haven’t written very much about yet for a variety of reasons. Some of these experiences will at some point get their own posts, but not all, which is why I thought it important to talk about them today.

I had a free afternoon while in Helsinki and since I had seen most of the so-called major sights, I set my attention to a lesser-known attraction that had piqued my interest. The Sibelius Monument is dedicated to the Finnish composer Jean Sibelius, one of the country’s great artistic heroes. I’m not all that interested in his music nor do I know that much about him, instead I wanted to visit the monument thanks to its unique design. Once again I allowed images found on Instagram to guide my travels and while it was a strange spot to visit, I’m ultimately glad I went. Getting there was a challenge though. Google maps led me to believe that it was an easy walk from my downtown hotel, so I believed it. What followed was a multi-mile hike along freeways and through random neighborhoods where the only thing of note was probably a strange American walking around pointing his phone in different directions. It was sort of worth the hassle though, because while smaller than I had imagined, the monument was indeed beautiful. Designed and built in the 1960s, it reflects the era and the abstract design is befuddling with its 600 hollow steel pipes welded together in a wave-like pattern. But it’s beautiful and if you have nothing else to do, you should visit. But I’d drive and I certainly wouldn’t walk there in the dead of winter.

Old homes and plantations line the river between Baton Rouge and New Orleans, and they’re popular stops for just about any traveler to the region. Walking into the massive gardens surrounding the house I immediately saw why, it was stunning. I had never before visited a classic Southern Plantation, all of my preconceptions formed mostly by watching Gone With The Wind. Turns out that movie, and countless others, did the time period justice because Houmas House looks exactly what I think an old plantation house should look like. Starting life off as a modest trading post, at its height the Houmas House Plantation included more than 300,000 acres of land and was the top producer of sugar in North America. That’s a stunning fact and made the owners insanely wealthy, building this massive estate as a country getaway. The house has thankfully been preserved and the current owner even lives in the house, clearing out of his room before the first visitors of the day start their tours. Tours are offered throughout the day, lasting about an hour and led by well-informed and entertaining docents. It was a great opportunity for me to learn more about life in Louisiana in the 18th and 19th centuries and to peek into the lives of the Southern elite. Houmas House is also a very easy drive from Baton Rouge and makes a perfect half-day diversion. 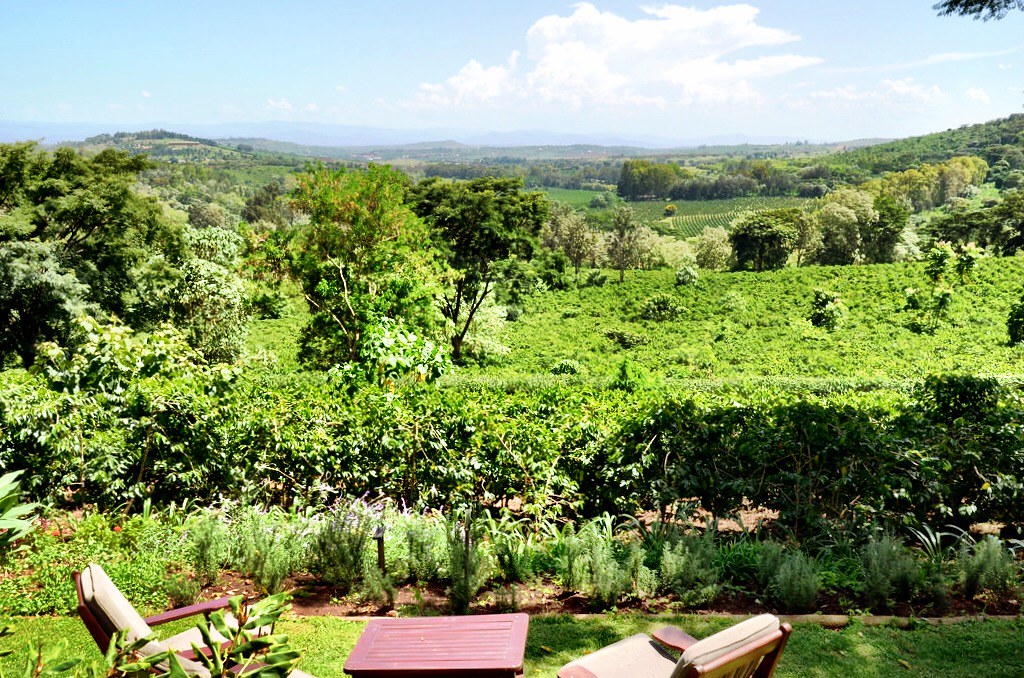 Granted, this isn’t necessarily a place that you just chance upon, but if you find yourself in Tanzania it really is worth at least a stop, if not an overnight stay. One of the first guesthouses in Tanzania, Gibb’s Farm started out as a coffee farm in the 1920s. Walking around the impossibly lush grounds of the property it looked and felt like a tropical farm should look like. Gibb’s Farm is something out of a movie or a dream, but luckily it exists in real life and is pretty easy to visit. The farm enjoys an enviable position overlooking the Great Rift Valley and the Ngorongoro Forest and today there is a main farmhouse and 17 cottages where guests can spend the night in perfect, tech-free tranquility. I was just there for lunch, but even that was an event as meals are served using fruits and vegetables from the farm itself, along with its famous coffee which is still produced, processed and roasted on-site. I could’ve stayed there all day, just relaxing in the lounge chairs under ancient acacia trees, listening to the sounds of the forest and admiring those amazing views. This is an unexpected stop in Tanzania, a place where you won’t see elephants or leopards, but instead will only find a little bit of inner peace.

I was a little confused at first as to why all of the so-called experts listed a tour of the City Hall on every must-do list I read. It looked nice enough from the outside, but I couldn’t imagine that it would be very interesting inside. Naturally, I was wrong. While it’s still a working government office building, this is also where the annual Nobel Prize dinner is held, a major event in the city. Designed in the early 20th century, the interiors are grand and opulent, none more so than the Gold Room. Made with more than 18 million gold mosaic tiles, the glitz and glam of the room seems totally incongruous with everything I know about Sweden, and yet somehow it all works. It was a beautiful way to end my short time in Stockholm and the view of Gamla Stan from the City Hall is worth a visit in its own right.

An admittedly touristy place, it’s also a beautiful one and for non-Dutch people such as myself, is everything we think the Netherlands should look like. When we think of Holland most of us think of wooden shoes, cheese and windmills. Traditional windmills are increasingly hard to find in the Netherlands, which is why Kinderdijk is such a popular tourist attraction. A UNESCO World Heritage Site, the 19 windmills built here are the largest concentration of old windmills still existing in the Netherlands today and the best place to learn more about this popular Dutch symbol. Tours are led by local docents, volunteers who take on the duty out of love for these precious ties to the past. Walking around with our docent, it was interesting to learn of the importance of these windmills in the history of the Netherlands. They drained the swampy lands of the Low Country, making it possible not just to use the land, but to avoid seasonal flooding that defined the country for so long. Understanding and taking control of the water is what led to the incredible success of the Netherlands throughout the centuries, transforming it from a swampy country to one of incredible wealth and power. None of that would have happened without these still-beautiful windmills.

I love Croatia and so when I had a chance to visit a region I hadn’t yet visited while on a Viking Ocean cruise, I was excited. Istria is mostly known for its fine wines and delicious foods, but it’s also an area with an ancient past, as the massive Roman amphitheater in Pula attests to. Pula isn’t that big, not really, and while it’s beautiful and there are a few things to see and do, the arena is really at the heart of the experience. And it deserves that attention; it’s the only remaining Roman amphitheater to have four side towers and with all three Roman architectural orders entirely preserved. Constructed nearly 2,000 years ago, it’s also one of the largest surviving Roman arenas in the world, making it not just fun to explore, but important as well. As an antiquities nerd, I loved walking up the hill to this ancient site, amazed that it still exists today, but thankful it does. When you’re in Pula, this should be at the top of your to-do list, along with strolling around town getting to know it a little better.

It’s hard to travel anywhere in Scotland without stumbling upon a castle, and one of the most popular has to be the massive Glamis Castle. Often called Scotland’s most beautiful castle, Glamis has long been linked with royalty and most recently it was the childhood home of The Queen Mother. Although a castle has been on this site for many centuries, the massive structure I saw as I drove down the long lane leading up to it was mostly built in the 17th century. Regardless of when it was built, there’s certainly no denying its beauty. Literature buffs may remember it as the home of Macbeth, and while the historical figure never lived here, another king – King Malcolm – was indeed murdered here in 1034. There are a lot of stories associated with the castle though, many of which you’ll learn about when you take the official tour. Before heading off with the tour guide though, make sure to spend some time exploring the gardens and the perfectly maintained grounds, which are also home to the castle’s own herd of Highland cows. This ancient breed of cattle is the de facto symbol of both Scotland and the Highlands, and this will probably be your best chance to take some great photos of these fuzzy and docile animals.

5 thoughts on “7 Random Tourist Attractions You Should Know About”