One of the many highlights of my Viking River cruise trip visiting the Christmas markets along the Rhine River was the time we spent in Alsace, France. The river serves as the physical border between France and Germany, a region that has been one of the most disputed in all of world history. It was also my first time visiting this region of France and what I discovered along the way was a side to the country I’d never seen before, but one that drew me in almost immediately.

Located in northeastern France, Alsace has alternated between German and French control several times over the centuries, but especially in the 20th century. There are many stories of people who changed nationalities three or four times without ever having even moved from their homes. This unique commingling of cultures has led to cities and towns in France that are decidedly un-French. Instead they are a curious and fascinating mix of German and French styles and sensibilities, in the process creating one of the most interesting regions of Europe that I’ve ever explored.

There’s a lot to see and do in Alsace, an area known especially for its food and wine, and sailing with Viking I was able to explore two major cities within the region: Strasbourg and Colmar.

One of the many reasons why I love Viking River Cruises is for their complimentary walking tours in each new city. Passengers don’t have to take them of course, but they’re always very thorough and well done, conducted with expert guides and in my experience they’re the perfect introduction to new cities and towns. And so that’s how I started my exploration of the Alsatian capital city – Strasbourg.

A large city, Strasbourg is necessarily a busy one, not only serving as the regional capital but also as the official seat of the European Parliament. This is a city of busy people, politicians and the thousands of professionals associated with them. But it’s also an ancient city, like so many in this part of the world, with the Romans using it as a military outpost. And ever since then Strasbourg has also been an intensely important city, playing a key role in any number of empires, wars and regional squabbles. This remarkable history is apparent almost immediately, and I couldn’t help but smile as I saw the first brightly colored, half-timbered buildings of the city’s Grande Île. 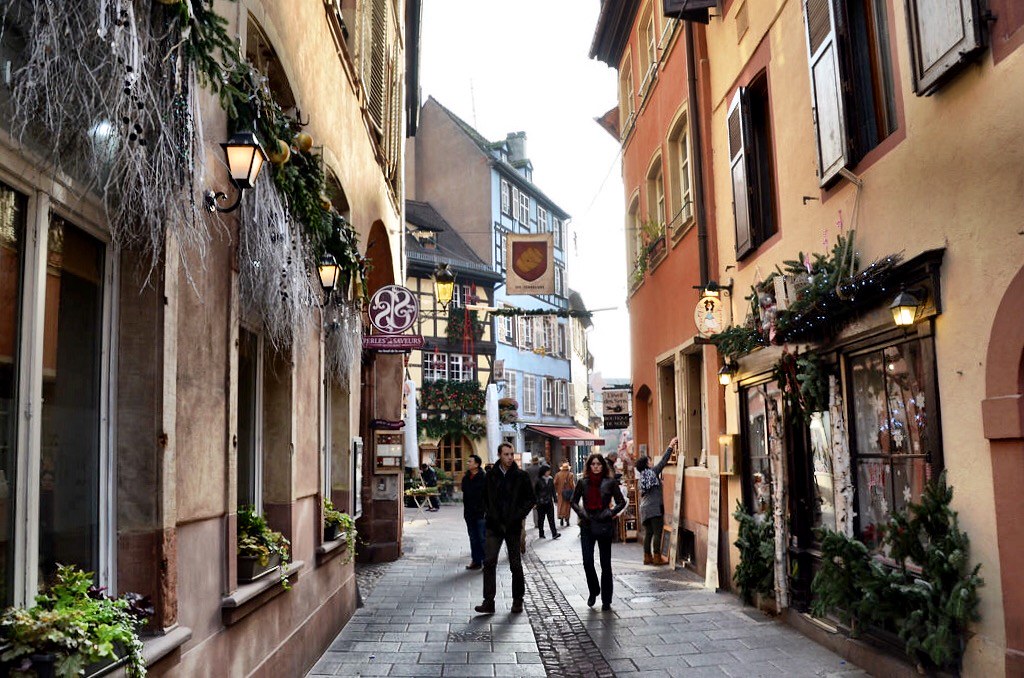 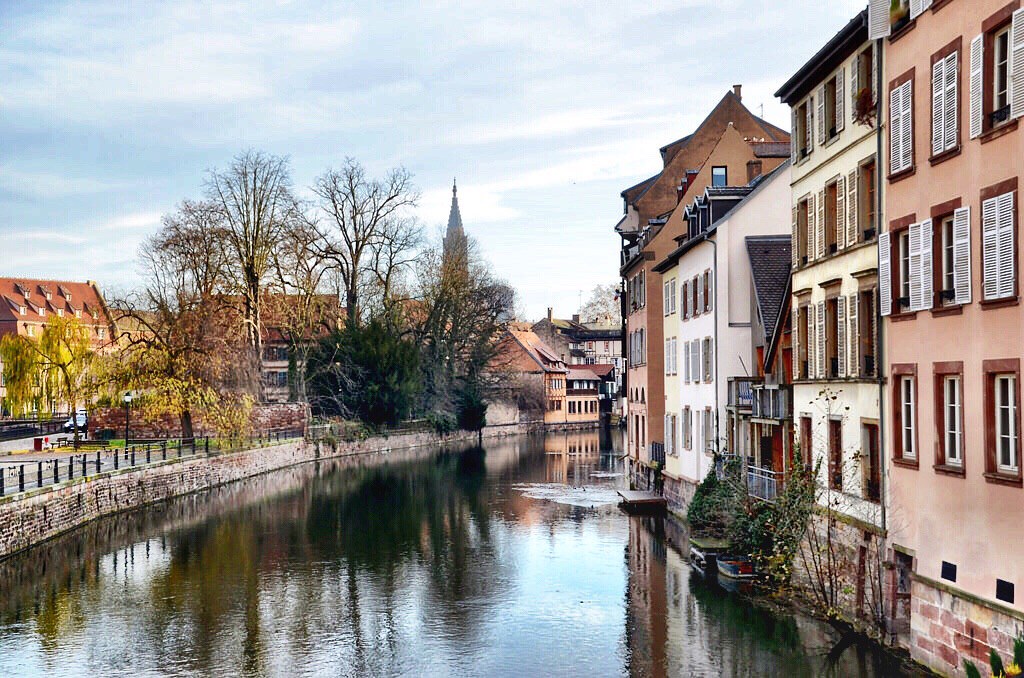 The heart of Strasbourg’s historic center, this island is one of the finest preserved medieval cities in Europe, which is why UNESCO named it a World Heritage Site in 1988 – the first time an entire city received such an honor. It’s hard not to be wowed by this distinctive quarter, made even more festive by the Christmas markets that had overtaken the public squares during the holiday season when I visited.

All paths lead to the city’s star attraction, the massive Strasbourg Cathedral, the world’s fourth-tallest church and home to an appropriately enormous astronomical clock. And that’s where the Viking tour ended, leaving us in the perfect spot to explore the city for the rest of the day. This combination of free tours and plenty of free time is another reason why river cruises are a great way to explore parts of Europe, especially during the festive Christmas market season when every city and town explodes in color and activity. And that was my main goal in Strasbourg that day, to discover its famous Christmas markets. 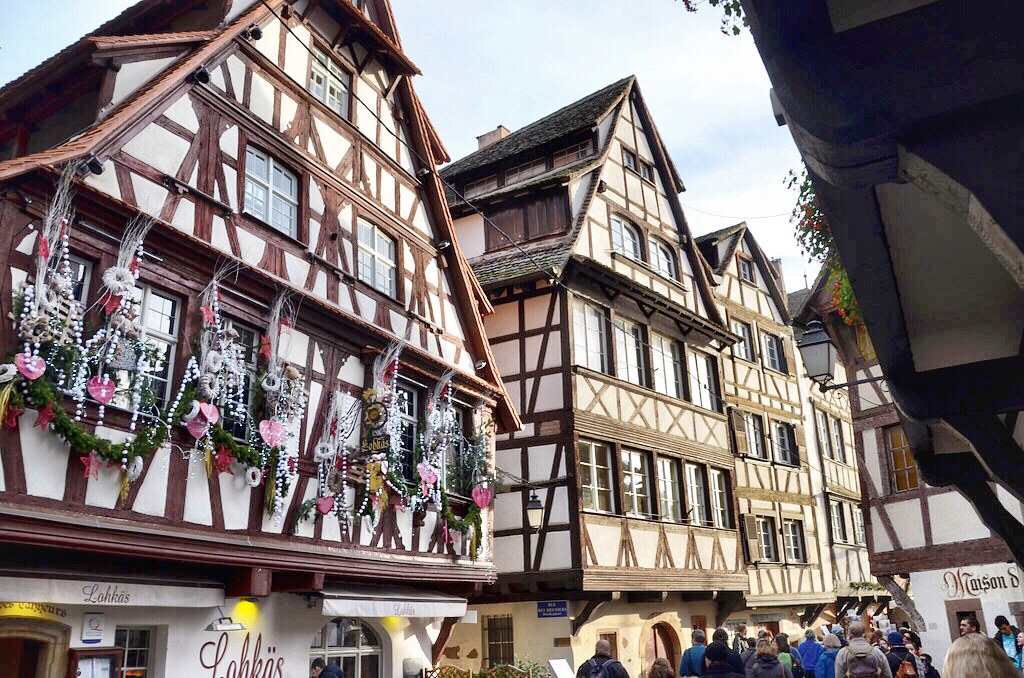 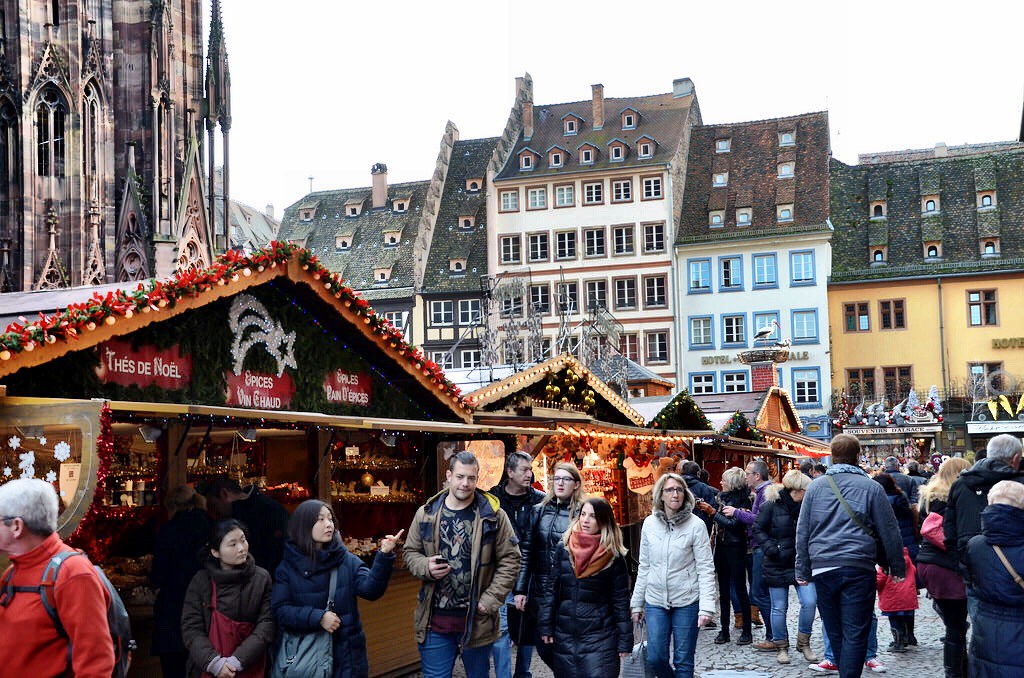 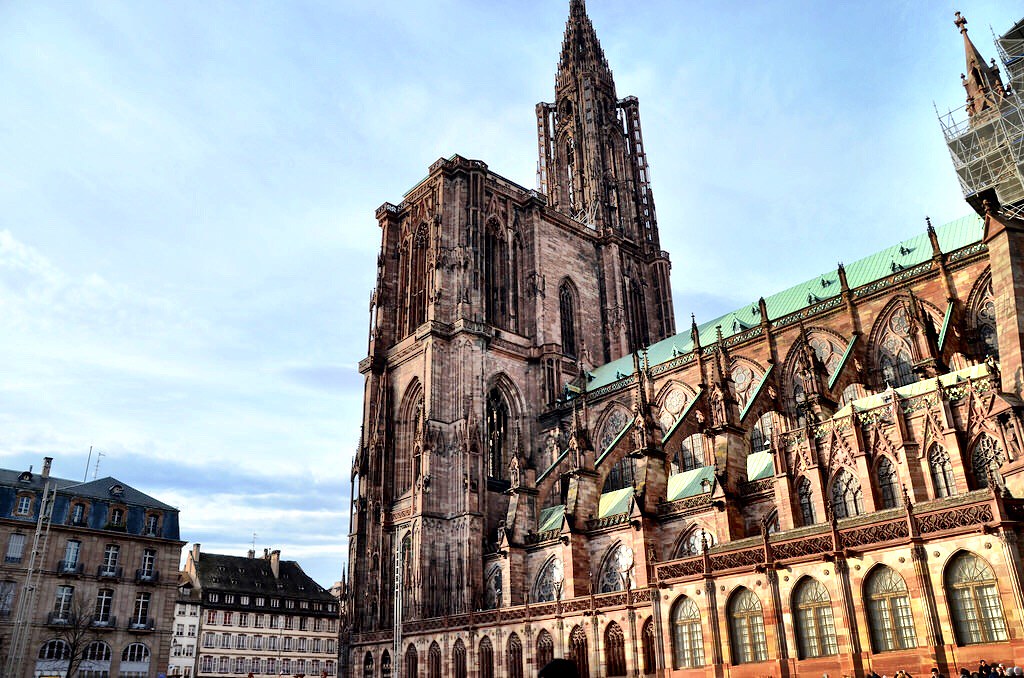 Routinely named the best Christmas market city in France, the reason for that is found in the city’s unique history. Drawing upon its German roots, the markets in Strasbourg emulate their Germanic cousins with the array of food, drink and of course music found around every corner. And in Strasbourg that’s no euphemism, dozens of different Christmas markets dot the city ranging in size and in focus. Surrounding the massive cathedral is the main market, but throughout the city you can find many other great examples of festive fairs, celebrating the holiday season in slightly different ways. Food of course is at the heart of any great Christmas market, and in Alsace I found regional specialties that I wasn’t expecting, but which made the experience something I’ll never forget.

In what is a decidedly unique fusion of French and German cuisines, the foods I enjoyed in Alsace were probably my favorite from the entire Rhine River cruise experience. A few of the unique highlights included these three culinary specialties.

Kouglof – One of the first Strasbourg-specific delicacies I discovered is also the city’s most iconic, the Kouglof. A very simple brioche bread, raisins and almonds are baked into it and while it’s available in a variety of sizes, it always has a classic crown shape. But be sure to drink it with coffee, it’s very dry otherwise.

Baguette Sandwiches and pretzels (bretzel) – From my admittedly brief experience with Alsatian cuisine, one thing seems certain to me – they love bread in any form. One of the symbols of Strasbourg is the bretzel or pretzel; no doubt carried over from their long history of being part of Germany. They come in every size and shape, both sweet and savory. The most extreme version I enjoyed was an over-sized one topped with melted Munster cheese and bacon. Another go-to snack were half baguette sandwiches, topped with meats and cheeses and then toasted. Not for the celiac in the group, these are however some delicious local finds.

Beignets – Most of us are familiar with the word beignet – you know, those small little powdered donuts sold at Café du Monde in New Orleans. Well, in Strasbourg they have a variation, but they’re nothing like the Louisiana version. That being said, there’s nothing that will necessarily surprise anyone with these tasty treats, they’re simply large donuts served either with powdered sugar or filled with jelly or chocolate.

I finished my time in Strasbourg with an eager desire to see more of and learn more about Alsace, a chance I soon had thanks to a special excursion offered by Viking River Cruises. 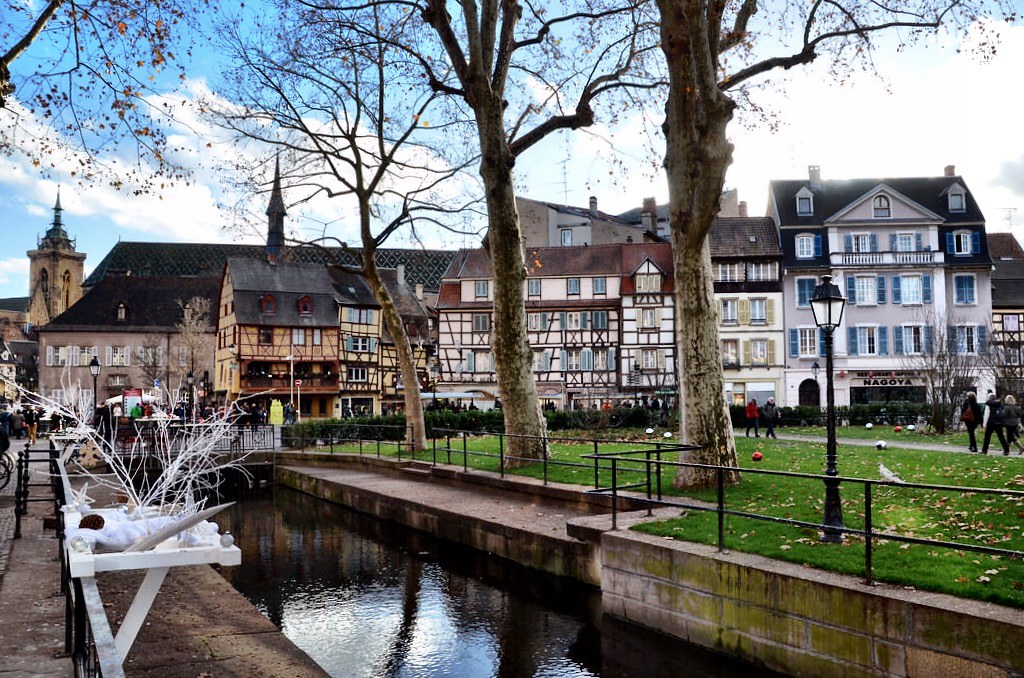 At every stop, Viking offers a complimentary walking tour. Throughout the course of most cruises though, they also offer additional tours. These come with modest fees and are meant to provide more specialized activities for those interested. They run the gamut from private concerts to brewery tours to the one I decided to join, a day in the medieval city of Colmar. Looking back at it, deciding to join that optional excursion was probably the best decision I made on the entire cruise

Mirroring that classically Alsatian look of Strasbourg, Colmar is an explosion of color and architectural splendor everywhere, not just segregated to one part of town. Spared the ravages of many wars, the old half-timbered homes and shops still line the streets in an array of bright colors, just as they have for centuries. Colmar also loves Christmas in a way I’ve never seen. Like Strasbourg, there are several markets all around town, but honestly it felt like the entire city was one giant Christmas market. If you don’t lapse into the Christmas spirit after visiting what surely is one of Europe’s most beautiful cities, then maybe seasonal cheer just isn’t for you. 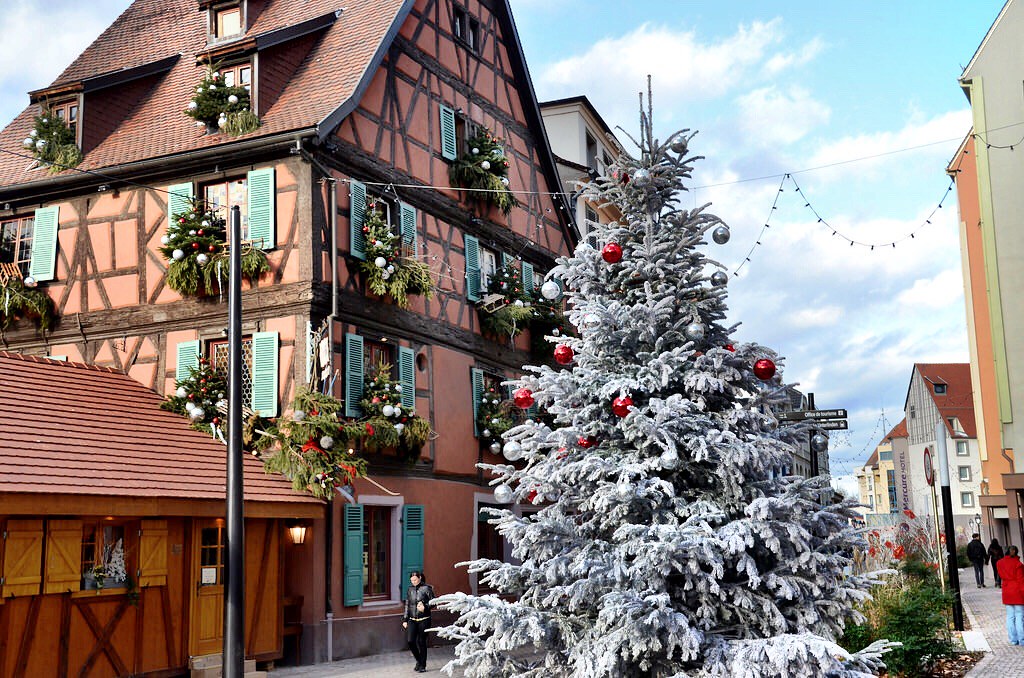 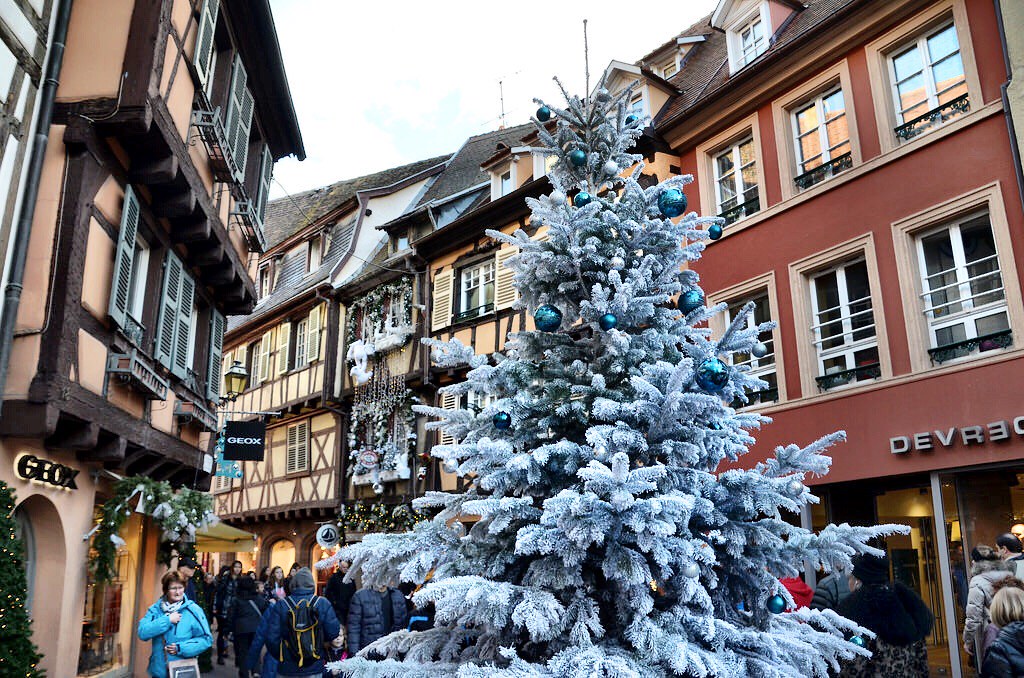 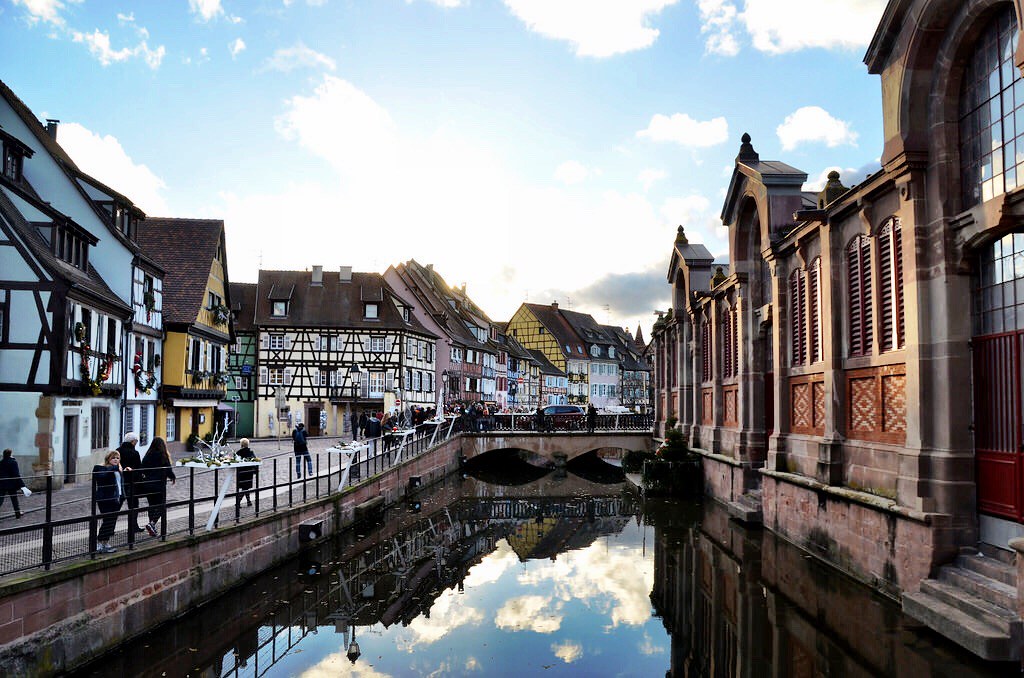 My favorite part of town though is what locals call Little Venice. The reason for the name is pretty obvious, the canals bisecting the town really make it feel like a smaller version of the Italian city. But that’s where the commonalities end, because everything about this neighborhood is unquestionably Alsatian. At one point this area was on the outskirts of town and it’s where the winemakers lived, perfecting their craft. Colmar still considers itself to be the unofficial capital of Alsatian wine, so be sure to sample some of the Riesling and Gewürztraminer wines found in shops all around town. There’s a special walk that leads through Little Venice, just follow the breadcrumbs as you discover this fairy tale city in northeastern France.

I was excited to visit Alsace for the first time and happily it was everything I expected it to be and so much more. Visiting on a Viking River Christmas market cruise was also a fantastic first introduction, learning more about the region from local guides and enjoying plenty of time on my own to explore the little nooks and crannies that interested me the most.

1 thought on “Discovering a New Side To France: Christmas in Alsace”