Like many of you, I didn’t know what boudin was before first arriving into Southwest Louisiana. I like to consider myself somewhat worldly and at least aware of many foods, but somehow boudin had escaped my culinary lexicon for 40 years. But if you are from Louisiana, and particularly the areas around Lake Charles, then boudin isn’t just familiar to you, it’s a big part of everyday life. As I discovered though, it’s a lot more than just a snack, it’s an important part of Louisiana’s culinary traditions.

To say that boudin is a type of sausage is wrong, although when you first see it that’s exactly what it looks like. To really understand boudin, we have to go back to those Acadians who originally settled in Southwestern Louisiana. Who we now call Cajuns, these French-speaking settlers were forced out of Canada, but took with them their proud French culture and traditions, including boudin. Boudin in Louisiana is different though from versions you’ll find in other parts of the world. At its simplest, boudin is a combination of cooked rice, pork, onions, green peppers and seasonings. The mixture is pulverized in a meat grinder before being stuffed into sausage casings. It is then steamed for on-the-spot eating. But those are just the basics, boudin changes in taste and flavor from cook to cook, no two are exactly the same and are based on recipes that have been handed down through the generations. That’s why it’s so much fun to drive around Southwest Louisiana sampling different versions, to experience new tastes and flavors in what is this area’s go-to food. 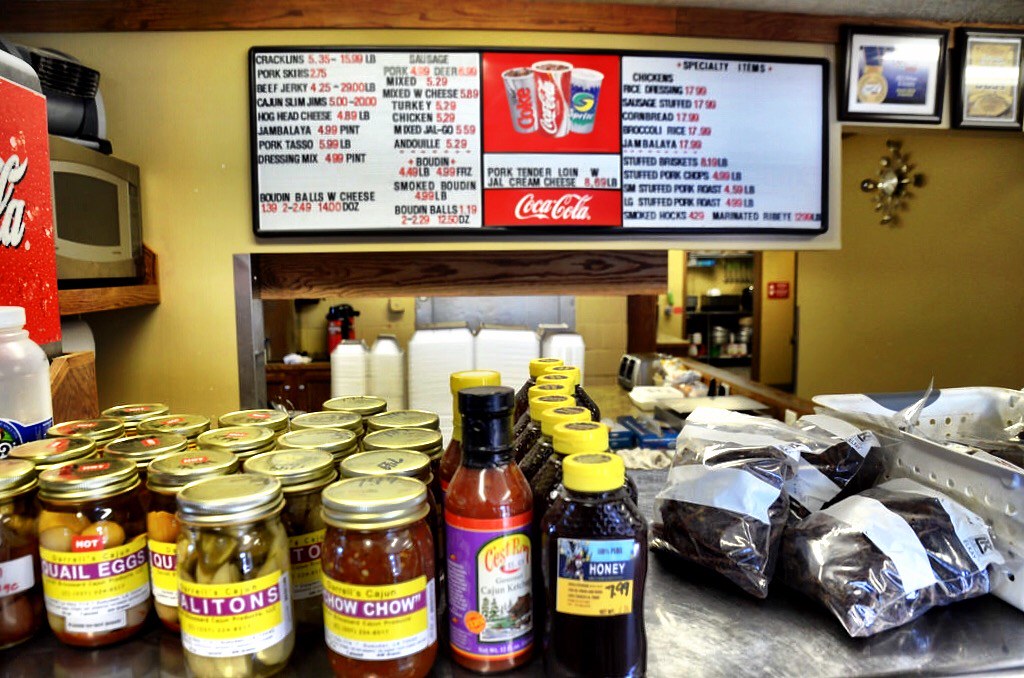 When And How Do You Eat It?

Asking around, I soon discovered that there is no perfect time to enjoy boudin. It’s very common for people to buy some in the morning to take to work for the office to enjoy, and no proper road trip in Southwest Louisiana would be complete without some boudin links to snack on. Pronounced “Boodan” (never say “Boodin”), this is as simple a snack as you can get, and slowly eating the link whole is very normal. But there are many variations, including the most common, fried boudin. Cut into smaller pieces, breaded and then fried, you’ll find fried boudin balls in everything from breakfast sandwiches to serving as an entire meal in their own right. While you can certainly buy them in grocery stores in the area, homemade is best and there are any number of small meat shops and independent butchers and grocers in and around Lake Charles that specialize in their own versions of boudin. To best enjoy this regional delicacy, a culinary route was established to help locals and visitors alike discover different variations of boudin on what is now called the Southwest Louisiana Boudin Trail.

The sign read, “Napa Valley has wine. New York has pizza. Wisconsin has cheese. Southwest Louisiana has boudin.” To say that boudin is an important part of foodie life in Lake Charles would be a massive understatement. That’s where I started my culinary adventures in Louisiana and in addition to offering a lot to see and do for visitors, locals consider themselves to also be the home of boudin. It’s also from Lake Charles where you should start your trek along the Boudin Trail – just make sure you skipped breakfast.

Truly the best way to understand and certainly enjoy the importance of boudin is to actually taste it. In Southwest Louisiana that means traveling the Boudin Trail along US Interstate 10 and stopping off at the many independent businesses all verified to be serving up some of the best versions of boudin in the area. For my own boudin experience, I was invited into the kitchens of a local favorite – B&O Kitchen & Grocery. 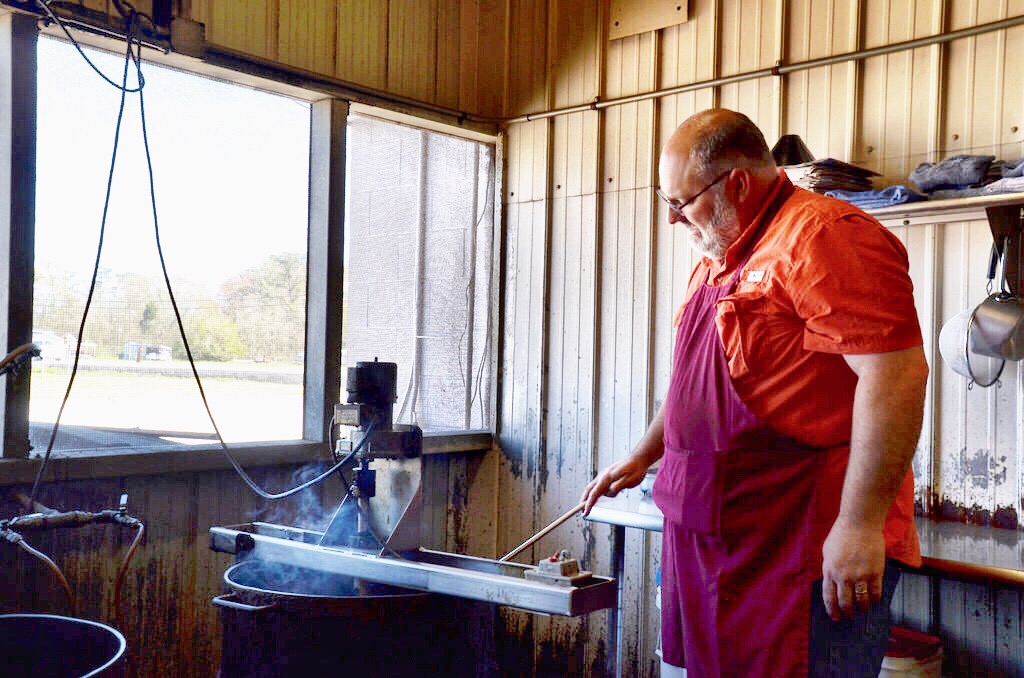 Jeff Benoit is a third generation Benoit to own the B&O Kitchen and Grocery, which specializes in of course boudin, but also cracklins and other tasty meats. Walking into his kitchens, Jeff first took me back to the fryers where new batches of cracklins were being prepared. The aromas were heavy in what can only be called porky goodness. Pork fat with skin that’s fried to within an inch of its life and then salted, these treats are delicious and as I discovered, somewhat addictive. I was there though for my first lesson in boudin, which Jeff’s daughter had prepared for me.

True to form, Jeff wouldn’t tell me exactly what seasonings he uses, but just smiled and promised that they were delicious. I picked up the small sausage link, taking a peek at the rice and meat before enjoying that oh-so-important first bite. A gentle but not intense heat from the spices was the first thing I noticed, but then the combination of well seasoned meats and rice came into play, creating an overall bite that can only be called perfectly constructed. I then took my second, third and fourth bites, quickly understanding why boudin is so popular. Simple, easy to eat and not expensive, they really are the perfect go-to food for almost anything. Next to the “normal” boudin links, Jeff had also prepared some fried boudin balls and since nothing fried can be bad, I knew right away that I’d love this version even more.

Jeff and the B&O is just one of more than 25 small, independent businesses along the Southwest Louisiana Boudin Trail, each offering their own unique takes on this Southwest Louisiana staple. It’s not just about the food though; it’s also about the culture. Many of us who don’t live in Lake Charles or surrounding towns don’t really know a lot about Cajun culture. But it’s more than what we see on TV, it has a long and proud history and it’s still very much alive. Food teaches us about new cultures when we travel; it emphasizes what is and is not important. In Lake Charles and other neighboring communities, that first step in better understanding what makes this part of the world tick starts first and foremost in the kitchens of the local boudin experts lining US 10.