Recently I found myself in Stockholm for the very first time – a city I have long wanted to visit. Stockholm truly is one of the great capital cities of the world and has been for a very long time; for centuries it has been known as a bastion of business, culture and learning. So naturally the very first thing I did was to visit the ABBA Museum. It may seem like an unlikely first stop in a city of such legendary import, but not only was the experience fantastic, but I found myself drawing real inspiration from the museum itself. Seriously though, hear me out. 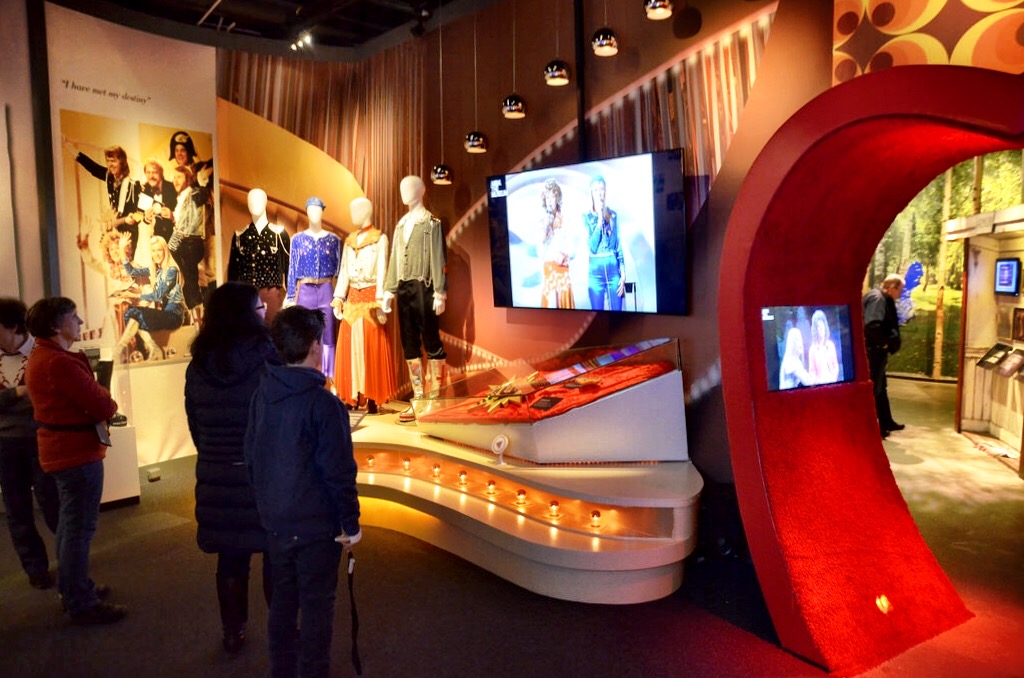 I’ve wanted to visit the ABBA Museum in Stockholm since it first opened just a couple of years ago. To be honest, I didn’t have high expectations; I just wanted to go in order to be able to say that I was there. But almost immediately I realized that this was no thrown-together, flippant experience. No, instead what I discovered almost right away was one of the best curated and presented museums I’ve ever been to. I know, who knew right?

I personally love ABBA and have probably since I first watched “Priscilla: Queen of the Desert,” a great film that used “Mamma Mia” on its epic soundtrack. Since then my love has only grown as I discover (or rediscover) songs that I can sing along to. I’m not alone obviously, millions of people around the world love ABBA as much or more than I do, although it’s hard to say why. The music isn’t deep, it almost never addresses pressing world concerns, no, it’s just fun. We all need things that are just fun in life, and both ABBA’s music and the museum provide just that.

Led by ABBA co-founders Ulf Westman and Ewa Wigenheim-Westman, the present day museum first opened its doors in 2013, and almost immediately became one of the most popular tourist spots in town. During my museum briefing by staff though, I quickly understood that this isn’t just a boring collection of trinkets and tidbits. Naturally, all of the members’ costumes and memorabilia on are full display, along with the story of how they started and persisted throughout the years. But the experience, because it really is an experience, is about much more than just looking at stuff. Visitors become part of the experience through a variety of innovative, interactive exhibits. 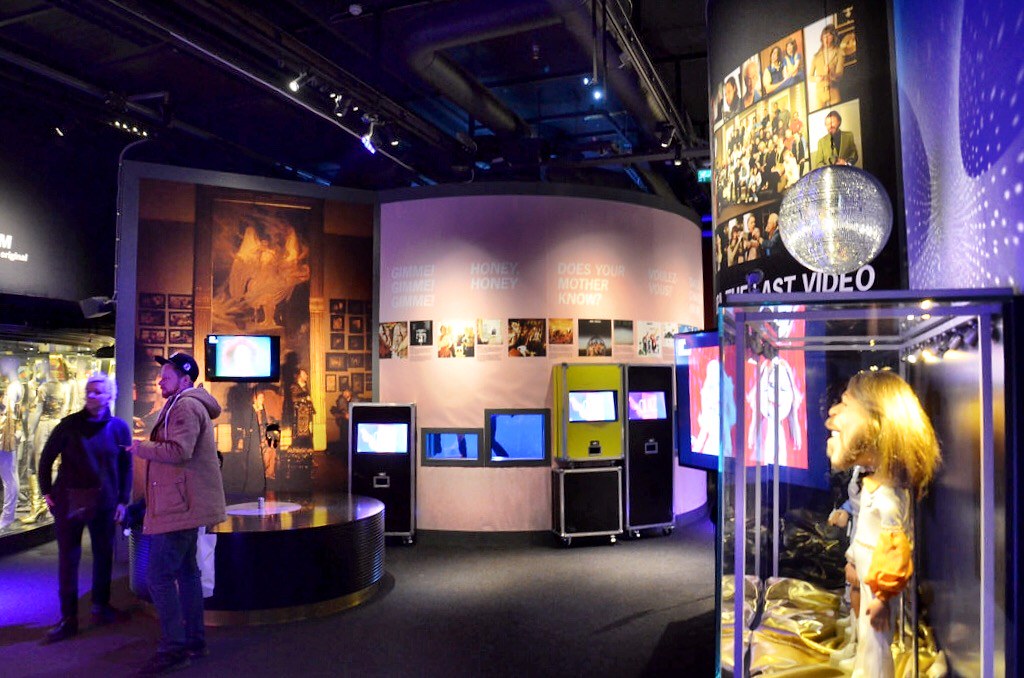 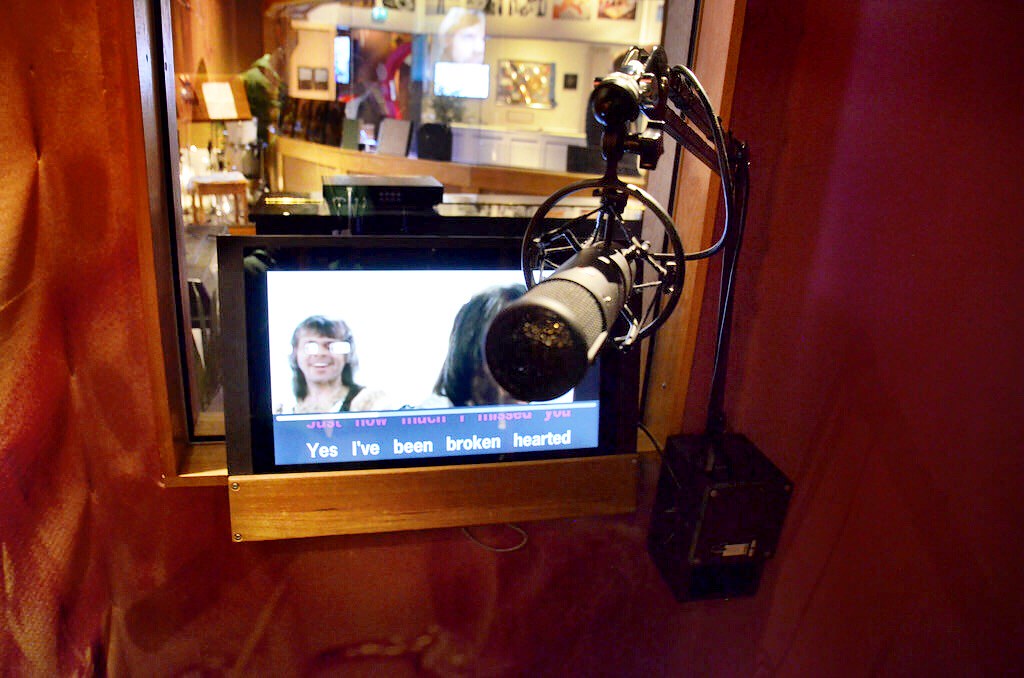 Complimentary headsets are included in the price of admission and all you have to do is wave them in front of marked exhibits to learn more about them, usually from the ABBA members themselves. The real fun comes though when guests visit the Polar Studio installation. ABBA created the former Stockholm studio and it’s where some of their most popular albums were recorded. Adjacent to the studio in the museum are special booths, karaoke-style spaces where visitors can try their hand at singing along with ABBA. Throughout the museum, the entrance ticket becomes a log of the extra-activities you decide to do. After I sang along (badly) with “Mamma Mia,” I received a score and was told that the full recording was available online through a special code on my ticket. Obviously, for the well being of humanity I’ve since destroyed the ticket, but I love that kind of curation and interaction. I don’t think I’ve visited any other museum in the world that encourages such involvement and participation with guests and you know what? It’s a lot of fun. I went on to try my hand at costume design (also poorly) and even mixing one of ABBA’s classics songs on a special mixing board. The ultimate in hands-on participation though comes in the hologram room, where anyone can jump onstage with ABBA and see if they have what it takes to become a new member. Leave your inhibitions at home, because this is meant to be a fun, almost party-like atmosphere.

Naturally, visitors leave the museum through a disco dance room, where the disco ball and strobe lights never end and every day is the time of your life. 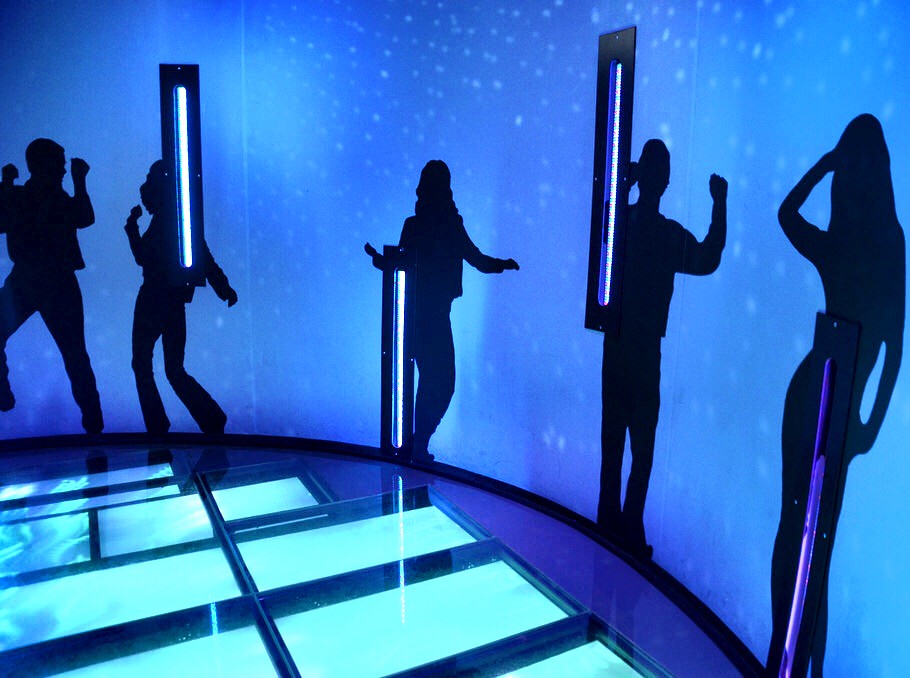 What I Took Away From It All

Aside from the interactive exhibits and the good, clean fun, the museum itself was interesting. I found myself learning not only about the band, but also more about the music industry and even cultural issues in Sweden during the 1970s and 80s. It broadened my knowledge about the country and the pop band that it was forced to love, even though at times it may not have wanted to.

I also left the ABBA Museum feeling inspired, which surprised me. ABBA never intended to become one of the most famous bands on the planet whose music has mostly stood the test of time. They were some friends who made music that wasn’t very popular; they were just enjoying themselves. The result was super-stardom and the pinnacle of music success. There’s a good lesson in that I think. What our passions are in life, the things that we enjoy and want to do most are important. So many of us ignore them, or relegate them to hobbies or things to do when we have the time. But if we devote ourselves, and I mean wholly and truly, then I firmly believe success will be a natural result. Being happy and fulfilled in life is about doing things that not only have an impact on the world, but on also on us. It’s important not to ignore our passions, but to embrace them, just like ABBA did so many years ago.