Tallinn in Estonia is an up and coming destination that I keep seeing mentioned on must visit lists and in countless travel magazines. With a prime spot along the Baltic and an Old Town that’s straight out of a fairy tale, it’s easy to see why Tallinn attracts millions of visitors to its small downtown core every year. Tallinn had long been on my “want to visit” list and so when I had the opportunity for a short, two-day visit following a conference in Helsinki I knew I couldn’t say no. What I discovered was more than just a fairy tale though; I found a city rich in history and culture but also with an eye towards the future. But there are a few things you should know before you visit that will make your own trip there that much more special.

Chances are if you’re traveling to Tallinn you’ll get there by boat. The most popular method is the easy, 2-½ hour ferry ride from Helsinki onboard an Eckerö Line ship. These large ships are more like cruise liners than any ferry you’ve been on before and the food and entertainment options onboard make the time fly. Plus it’s just a beautiful trip sailing over to Tallinn. If you don’t arrive by ferry then you might be on a longer cruise itinerary. Several larger cruise lines offer itineraries sailing along the Baltic and Northern Europe, including ports like Helsinki and Tallinn. Once you arrive, getting into the Old Town is pretty easy. If you’re on a longer cruise itinerary, then your ship will offer excursions into town but if you arrive by ferry you’ll have to coordinate your own transportation. Cabs are readily available as is public transportation for the easy drive into town.

Old Town Really Is That Amazing

Sometimes the photos we see of cities on calendars or in travel magazines don’t quite live up to the reality. Within just a few minutes of walking around the Tallinn Old Town though I knew that not only did it live up to those lofty expectations, it well exceeded them. A UNESCO World Heritage Site, the Old Town of Tallinn is a special place to explore thanks to the colorful, medieval architecture and the history that seeps from the city’s pores. The capital of Estonia, Tallinn has a long history and its role in both the Hanseatic League (an early trading group) and in broader European politics has made it a very important city for a very long time. One of the reasons why it’s a UNESCO site is also what makes it so much fun to explore.

The remnants of this rich history can still be found in a nearly intact medieval, walled city. These are increasingly hard to find in Europe due to war and hard times, but the colorful homes and shops in Tallinn look just as they have for centuries. There are plenty of great walks and tours through town, or you can just explore on your own. The downtown core isn’t that large and if you follow the rule of heading up, then you’ll see everything that makes Tallinn great. There are several small walkways to the top of the hills overlooking the city and nearby sea, and as I discovered the views are amazing no matter what time of year you visit.

If you only have a day or less in Tallinn, definitely stick to the Old Town. But if you’re in town longer (and you really should be) there are a couple of other spots close to the downtown that are well worth your time. The Seaplane Harbour is a new(ish) maritime museum housed in what else, but an old seaplane facility. This massive enclosed hanger was once an important facility for the launching of planes. It fell into disuse during the Soviet era, but was brought back to life a few years ago when this innovative and endlessly fascinating museum first opened its doors. The star of the museum is a 1936 submarine that has been painstakingly restored to its original condition. But there’s a lot more to the museum than just a sub including special exhibits featuring Arctic exploration and a variety of other watercraft that tell the history of maritime exploration in the region. 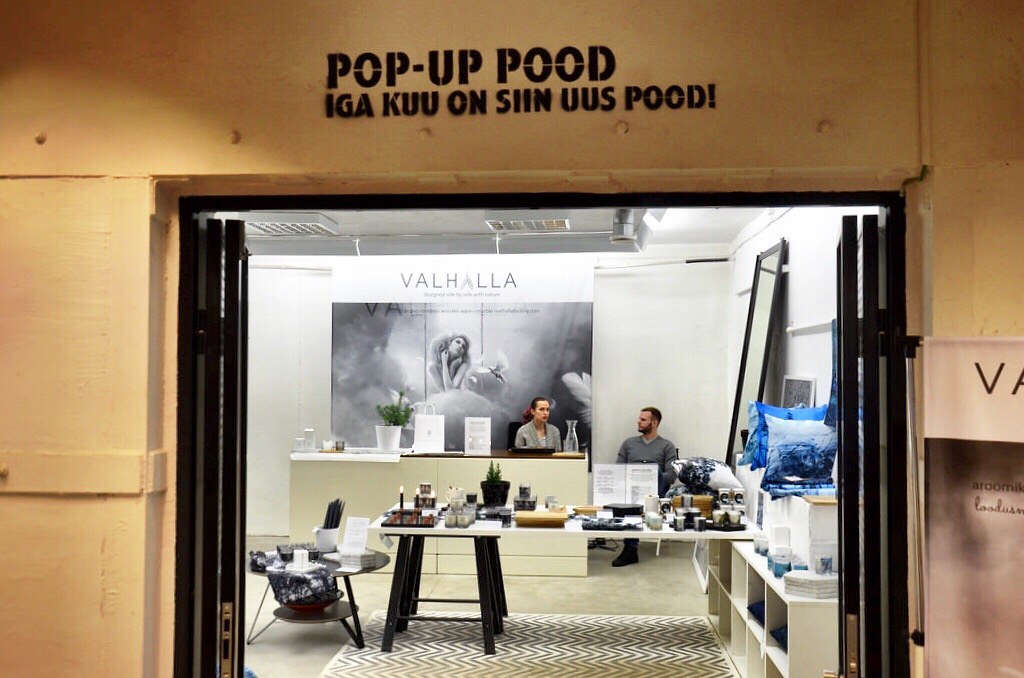 Like its neighboring countries, Estonia is incredibly innovative and to see the hip, creative side of Tallinn, there’s no better place to start than in the Telliskivi neighborhood. This large group of buildings used to be part of a secret Soviet factory that fell into disrepair. Like the harbor though, a few enterprising souls saw the potential and have since turned it into the creative hub of the city. Anchored by the restaurant F-Hoone, this eatery is the perfect place to start your exploration of the district. They fuse traditional Estonian tastes with a modern, international twist creating meals (and drinks) that will count amongst your favorite in Tallinn. From there explore the rich array of shops and boutiques that make up this innovative quarter. Most of them are so-called pop-up shops, temporary galleries and stores featuring the top designers and artists in the country.

Take Some Time To Understand the Culture

Many visitors are in and out of Tallinn in less than a day, and I get that. Either you’re there on a longer cruise sailing or you just hopped over from Helsinki for the day. But if you have the time, I definitely recommend spending at least a couple of days exploring not only Tallinn, but Estonia in general. Food is always the best way to learn more about a new culture and a restaurant in the Old Town is creating menus that are both exceedingly innovative, but which are also rooted in traditional Estonian cuisine. Restaurant MEKK, located in the luxury Savoy Boutique Hotel, was the first Estonian restaurant to spell out the principles of contemporary Estonian cuisine and the culinary adventure the chef takes his guests on every night is an amazing foodie experience. Estonian food has influences from the Germans, Russians, Danes and more, and this unique history has created an equally unique food culture.

Tallinn isn’t all about the past though; it’s also one of the most digitally connected and active communities in the world. Almost immediately after it gained independence in 1991, the country started the hard work of transforming itself into a modern country that’s better run than most in the world. Ultra-high-speed 4G mobile covers basically the whole country, WiFi is almost always free and is considered a human right, Skype had its start here and everyone does almost everything online, from telecommuting to voting and nearly every other aspect of modern life you can think of.

Many people have Tallinn on their travel bucket lists, but probably only because they saw a picture or two somewhere that piqued their interest. Once you really start to explore both Tallinn and Estonia though, then you begin to see the real reasons why it should be on everyone’s travel bucket list.

14 thoughts on “4 Things To Know About Exploring Tallinn, Estonia”