A couple of weeks ago I wrote a post about a fantastic food tour I took with Walks of Turkey in Istanbul. A few folks lamented the fact that I didn’t share more information about the food I actually ate that day. It’s a good point, but I actually did that purposefully. Companies like Walks of Turkey succeed by taking you to places that you don’t know about and exposing you to foods unfamiliar to you. For me to write a step by step review would take away a lot of that fun. So I’m not going to do that, but instead I wanted to share some of my favorite bites from that day. Foods that weren’t only tasty, but which also taught me a lot about Turkish food. Quick note to the grumpy people of the world – some of these foods may be a little basic, but for people unfamiliar with Turkish food this is a great place to start. 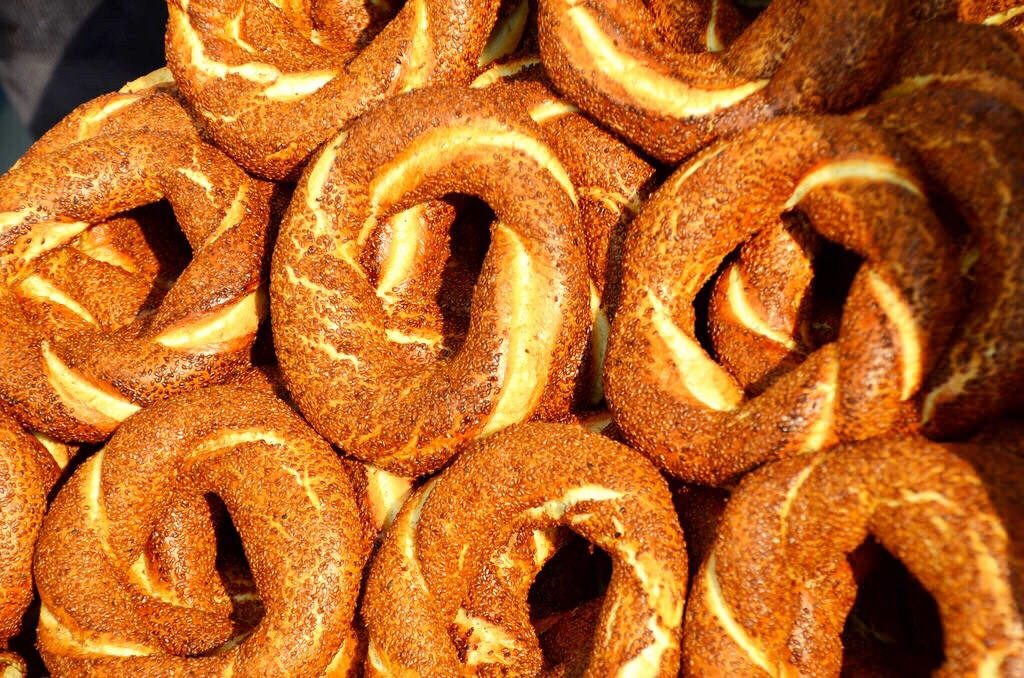 Turkey may be best known for its thick coffee, but on a daily basis Turks drink much more tea than anything else. Everywhere I went I found people either buying or selling small glasses of black tea, it’s so common an aspect of daily life that I think people must lose track of how much they consume every day. Simit is a great go-to snack or breakfast item, simply a sesame-encrusted ring of dough, you can enjoy it plain or with some cheese or butter for a little more flavor. For me, this classic Ottoman combo was the best way to start my foray into Turkish cuisine. 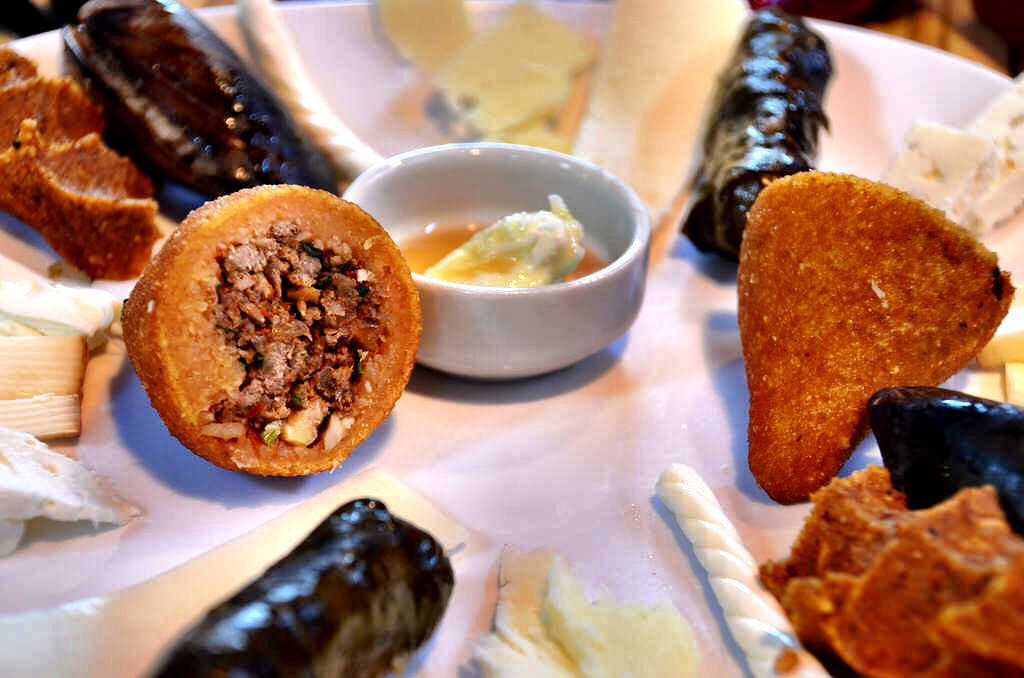 Mezza, or small plates, is a popular way to eat in Istanbul, so I decided to have my own little mezza experience at a small deli in the Kadıköy neighborhood. Different kinds of kofte, made with minced meat and spices, homemade cheeses with honey and a few things I couldn’t identify, but which were delicious. Not for the first time that day I wondered how the Turks stay so fit when their food is so very good. Pictured here: Dolma (stuffed grape leaves); Çiğ köfte (beef tartare); Kibbeh (fried croquette stuffed with cooked minced beef or lamb with onion and sautéed pine nuts) and kaymak (rich type of cheese served with honey). 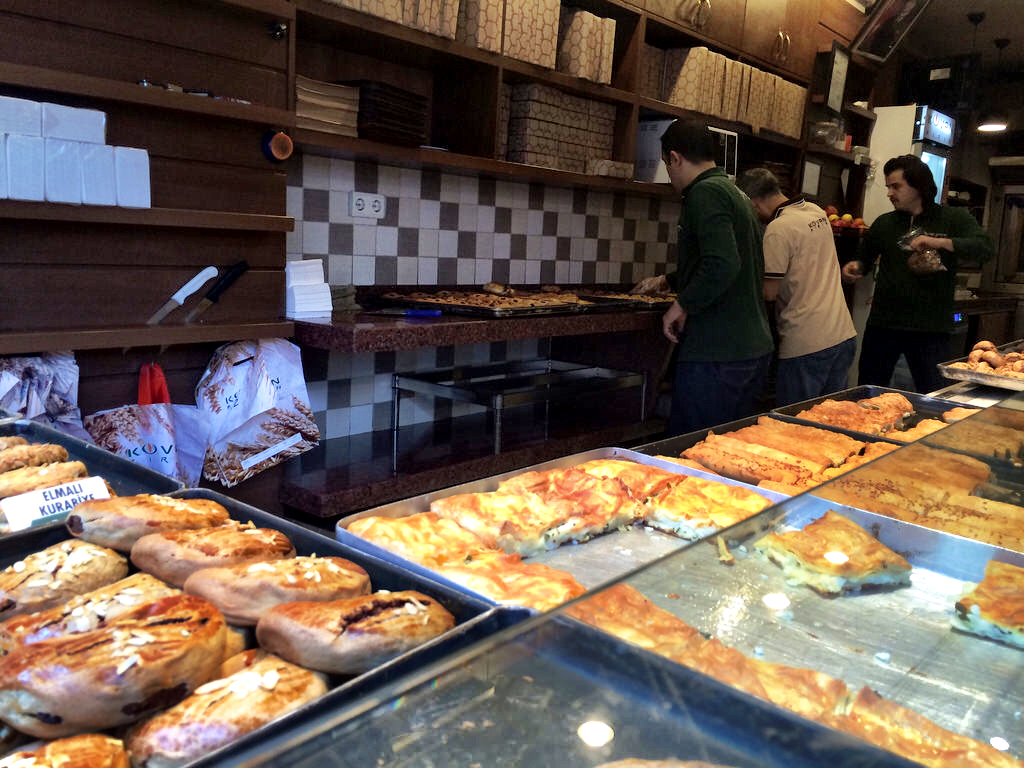 Delicious filled pastries made with everything from cheese to spinach and served hot. I was never sure if these were supposed to be snacks, meals or both but either way they’re tasty and filling. 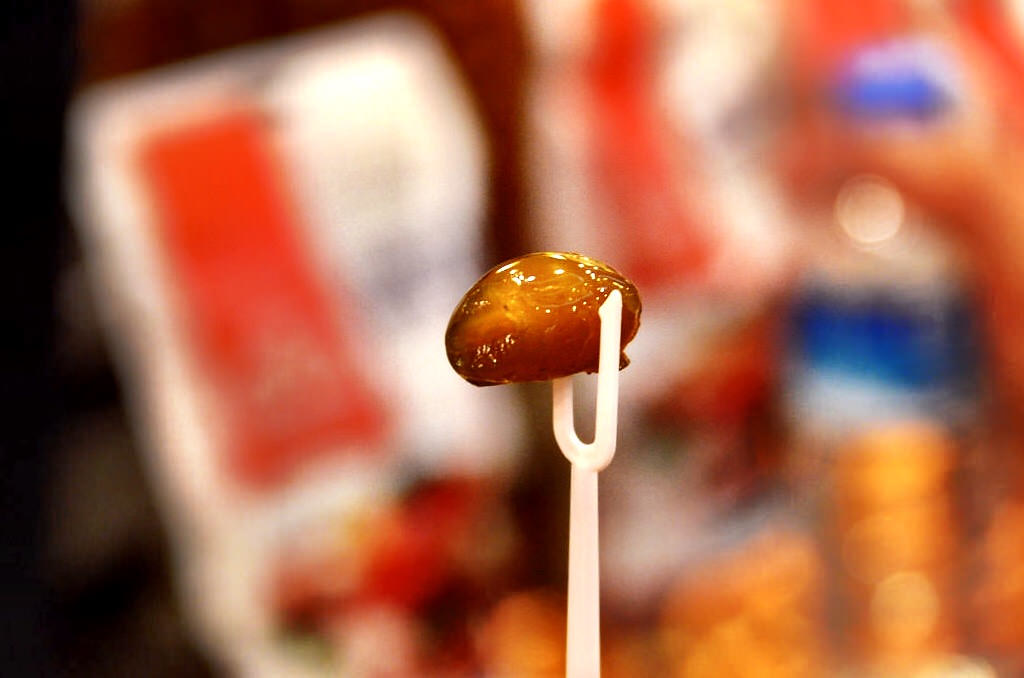 Candied or Pickled Anything

I was perhaps most surprised by the apparent Turkish proclivity to candy or pickle just about anything they can get their hands on. I’m including these on the list not because I enjoyed them (I did not) but because they’re an important part of the Turkish food experience in Istanbul. I’m used to some of these preserved and sweetened fruits, like apricots and figs, but in Istanbul you can find anything candied, including olives and even pumpkins. The pickled foods seemed in large part to be for medicinal purposes, at least that’s what I was told as I drank the juice from pickled lettuce that was supposedly good for my joints. 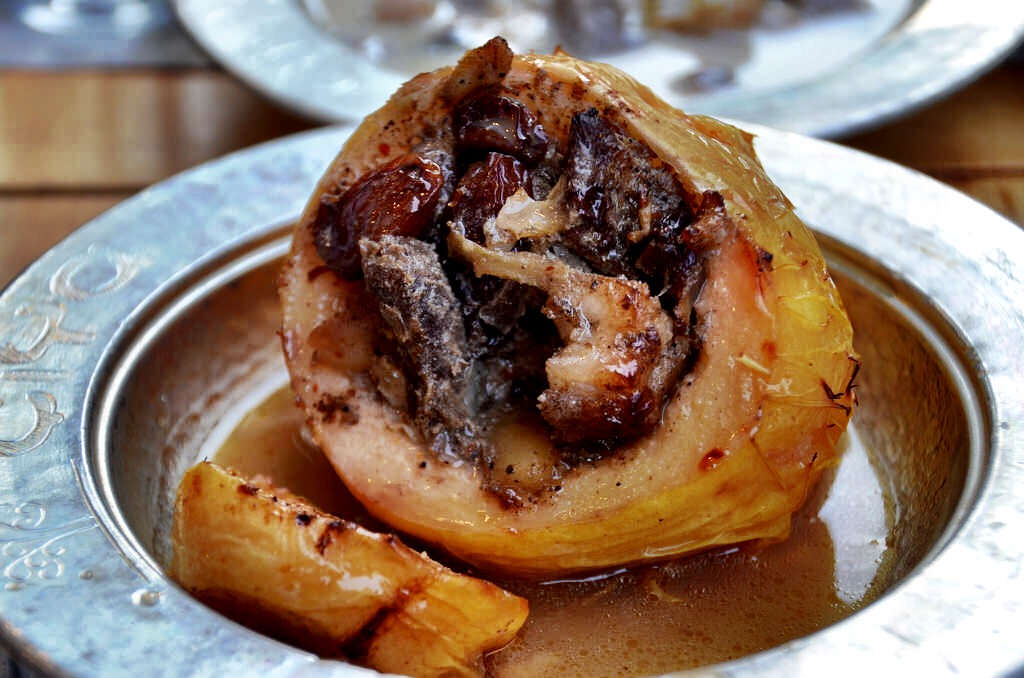 My guide called this an Ottoman dish, referring to the empire that reigned supreme for so very long. The dish is a small cooked melon stuffed with lamb, nuts and spices and was tasty, especially when paired with other small plates. This is a great example of the cultural and historical education I received that day. My guide shared the history of Istanbul, how it was at the center of global trade for centuries and because of that, traditional Turkish food is influenced by almost every corner of the planet. Spices from India, Morocco and even China graced the plates of Turks for generations, carrying on through the 21st century.

The sun was beginning to set as our tour ended over a cup of thick and traditionally prepared Turkish coffee at one of the many cafes found around the Kadıköy neighborhood. While not for everyone, this robust coffee is an important tradition in Turkey and throughout this part of the world, and making it is equal parts art and science. Finely ground coffee beans are boiled in a pot with sugar and then served in a small cup where the grounds are allowed to settle.

On the ferry ride back to the European side I had time to reflect on my decision to spend my day not touring a mosque or the city’s famous underground areas. My time in town was very limited, but I went on that Walks of Turkey Istanbul Food Tour for one reason – to learn as much about the heart and soul of the city as I could and I succeeded. Food memories are what we remember most from any travel experience. Taste and smell can bring back memories faster than a word or photo ever will. That’s why I think food tours aren’t just nice, but they’re actually important to do. It’s important to form these permanent memories of a new destination and in the process not just walk away with a full tummy, but with a much deeper and personal understanding of the city than we would get through any other experience.