If you’re a frequent reader, then you know I sailed once again with Viking River Cruises on a Rhine River cruise featuring the many seasonal Christmas markets. While the markets were a focus, so were the inherent qualities of the destinations themselves. I was impressed by how many different places we visited in just a week, seeing areas of Germany completely new to me. I honestly enjoyed every stop, especially as we sailed through Germany, but these activities stood out and are ones I think anyone taking a Rhine River cruise should experience. 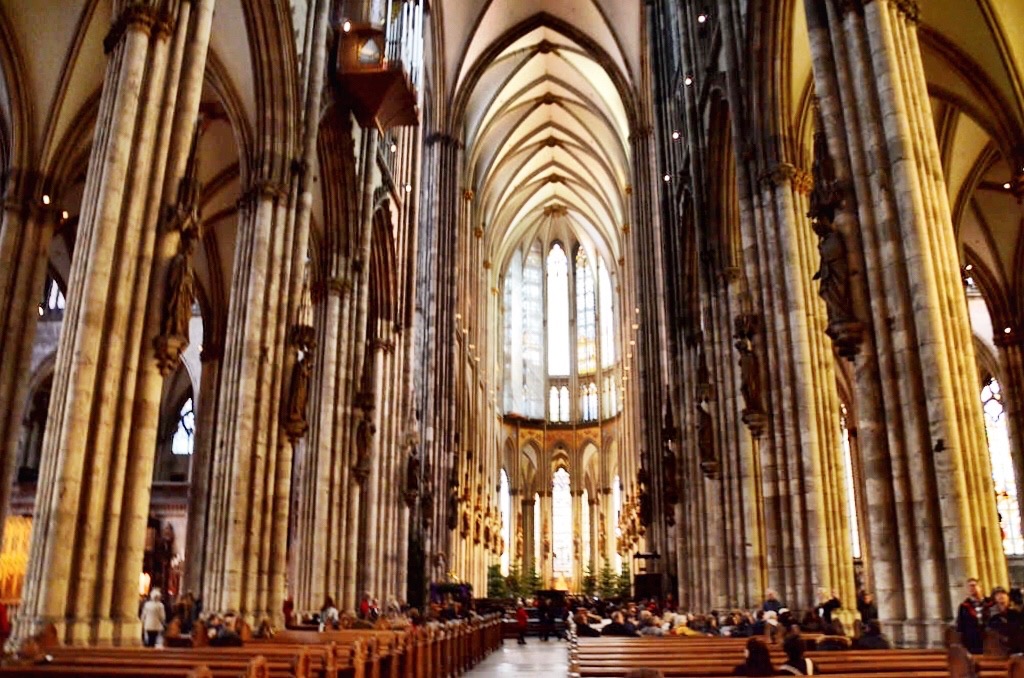 As someone who has spent a lot of time traveling around Europe, I have visited many, many, many churches and cathedrals. While they’re all great and I enjoy the experience at the time, they do mostly blur into one another. There are only so many triptychs and apses you can see after all. But the Cologne Cathedral was different and I know that this is one iconic religious building that will stand out in my memory. Begun in 1248, but not finished until 1880, this UNESCO World Heritage Site is considered by many to be the best representation of the strength of European Christianity on the continent, and definitely the best example of a perfectly conceived and constructed religious structure. That’s all very impressive, but what took my breath away was when I walked in, the dark Gothic interior beautifully lit by the massive stained glass windows lining the sides. Removed and protected during the wars that have plagued Europe over the centuries, they all range in age from ancient to modern. It’s a great representation of a living church, instead of a cold stone structure I so many times find. It’s the most popular tourist site in Germany and, as I discovered, with very good reason.

There’s a reason why the Upper Middle Rhine Valley of Germany is protected by UNESCO and one of its best attributes are all of the castles you see sailing down the river. At one stop, we even had the chance to tour one of the best-preserved castles in the country. Arriving first thing in the morning, we trekked up the hill to the impressive Marksburg Castle with its enviable position overlooking the powerful Rhine River. This castle is different from many others though, throughout the ages (starting in the 13th century) this castle was never taken and although it has evolved over the centuries, it’s one of the most complete castles in Germany that has never been in ruin or made to look like something it’s not. This amazing castle still has the medieval feel and spirit that most of us think every castle should possess. Today the castle has a different importance. In 1899 the German Castle Association was created to preserve the gorgeous castles around Germany that were and are falling into ruin. One year after its creation, Emperor William II gave the association Marksburg Castle and today it serves as the headquarters for them. It’s from here that historians and restorers work to protect these important architectural legacies of Germany’s impressive history and I for one can’t thank them enough for their hard work. 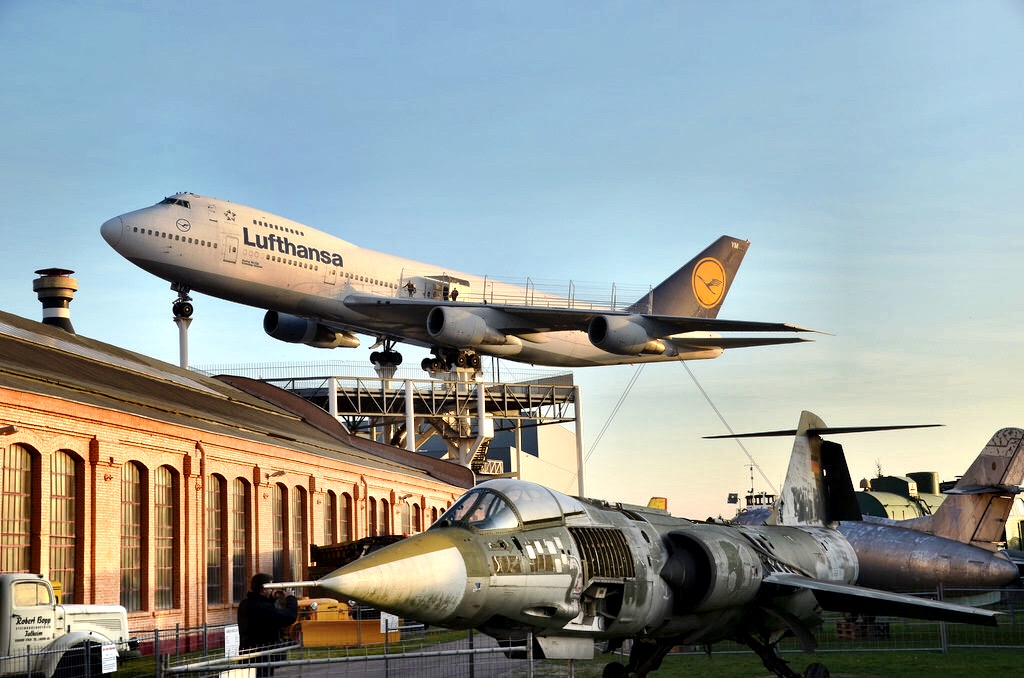 My partner is a transportation aficionado, so whenever we’re in a city with a transportation museum, we almost invariably pay a visit. Luckily I’m just as interested in the history of transportation, from trains to planes, and was thrilled when I discovered what is the best transpiration museum I’ve ever visited, tucked away in the small town of Speyer. Incorporating areas both inside and out, this massive complex would take an entire day to see fully and includes more than 2,000 exhibits. The star for me was the outside exhibition featuring a variety of aircraft from the early commercial planes, to much more recent technological marvels. More than just looking at them though, the Speyer Transportation Museum is unique in that guests can feel and touch many of the exhibits. Lufthansa donated a Boeing 747-200, which visitors can explore inside and out, even walking out on the wing. I enjoyed seeing all of Speyer, but for me the unsung hero really is this expertly curated museum. 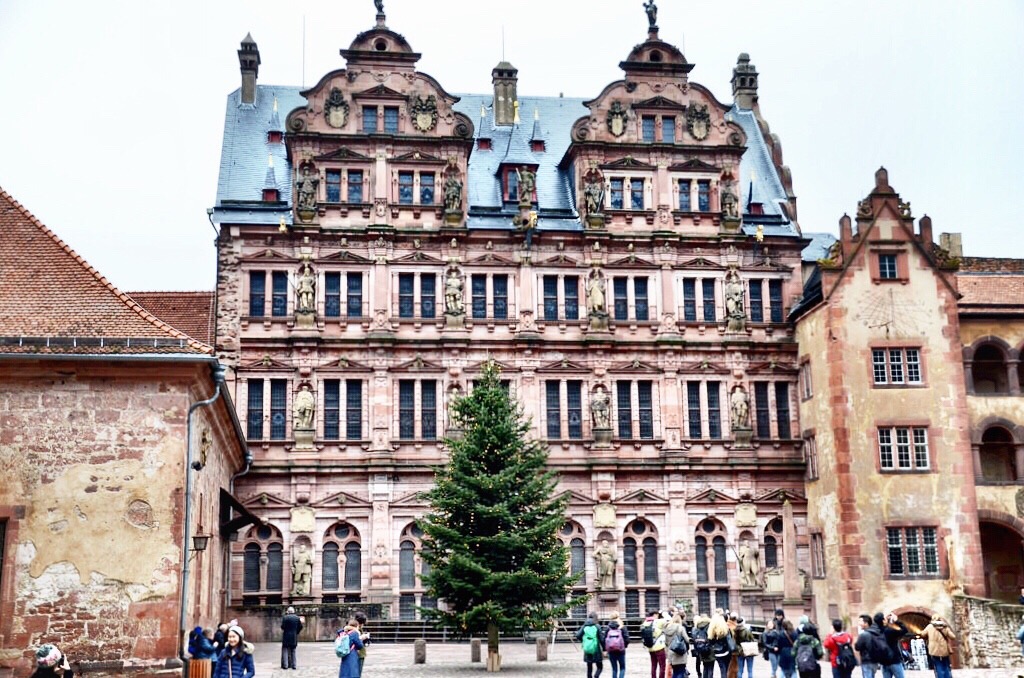 Of Heidelberg, Mark Twain once wrote, “A ruin must be rightly situated to be effective. This one could not have been better placed.” Just as these famous castle ruins were important in Twain’s day, they’re still at the heart of the tourist experience in Heidelberg today and with good reason. Perched high on top of a mountain overlooking the city itself, the castle is a massive complex that was at the center of regional politics and intrigue. Expanded over the centuries and at one time a royal residence, Heidelberg Castle was destroyed in the 17th century and has been in ruin ever since. It’s a curious example of a ruined building being so popular, but its size and amazing views of the valley below ensure that this is a must-visit site for anyone passing through the bustling university town.

Over the last few years, I’ve spent more time in Germany than any other country in Europe and over that time my appreciation of German food has only grown. Germany’s traditional cuisine is a perfect fit for my meat-centric, picky eating habits and even better, on every trip I’ve discovered new regional favorites to add to my German food vocabulary. One of the best times of the year to learn more about the country’s traditional food is at Christmas, when the markets are all full of the homey comfort foods locals love to eat. Some of my favorites from my most recent trip included:

Reibekuchen – Potato pancakes that are deep-fried and served with a variety of toppings, from applesauce to cheese. They’re usually served in bunches of three and are more than enough for a complete meal.

Apfelkrapfen – Apple slices that are battered, deep-fried and then doused with a generous amount of powdered sugar.

Handbrot – There’s nothing better in my opinion that a great sandwich, which is why I first stopped in front of the Handbrot stand. But I quickly learned that it’s so much more than that. Made on-site in a wood-fired oven, the dough for the handbrot is rolled flat and a then filled with a thick cheese sauce. Served hot from the oven, creme fraiche and chives are added as well as other toppings – I went with the ham. Hearty, filling and delicious, this is the perfect comfort food main course.

Spätzle – One of my favorite side dishes, I was thrilled to find it being served at the Christmas market in Speyer, Germany. Although there are variations, at its core spätzle is simply a dish of soft egg noodles. What made the bowl of Spätzle I enjoyed in Speyer so good though was that the noddles were grilled and fresh Emmenthaler cheese was added when I ordered it, creating a German variation of mac and cheese that is better than any box of Kraft you’ve ever tried.

Have you sailed along the Rhine? What were your favorite stops?