I like to think that I’m a mostly positive traveler. By that I mean that almost anywhere I go, I can find something interesting about the destination. That means ultimately that there are very few places I don’t like. But there are a few, and Athens has for years had a top place on that list for me. Until recently, I had only visited the city once, but that was more than enough for me. As the years went by, I curiously found that distaste growing and even becoming exaggerated in my own mind. So when I found myself on a Viking Ocean cruise itinerary that included Athens as a stop, I knew that the fates had delivered unto me a unique opportunity to give Athens a second chance; to see if my one and only experience there was a fluke or not.

Once again I found myself visiting Athens as part of a cruise and as such, I was once again faced with how to get the most out of just a single day in this enormous city. After a lot of waffling, I decided to join a Viking Star excursion that included some of Athens’ most famous and popular sights, as well as some highlights of modern life in the city. What I inadvertently had done though was essentially book the exact same tour as I did seven years ago when I last visited. If nothing else though, it was a good baseline against which to compare my two visits. Athens is necessarily defined by the massive Acropolis and the ancient temple of the Parthenon that rests high above the city. It’s also where I first found myself that morning, dutifully following the tour guide as she detailed the history of this impressive place. As a self-admitted antiquities nerd, I’m always fascinated by places like the Acropolis, which is arguably one of the most impressive ancient sites still in existence. Walking around the top of the hill in the middle of Athens, gazing out across the city it was hard not to love the view and, by slight extension, the city I could see expand in every direction. I found myself thinking that maybe Athens wasn’t a bad place after all, that maybe it was only in comparison to other, better cities that I had such hatred for the Greek capital. The rest of the day would determine whether or not that was true. 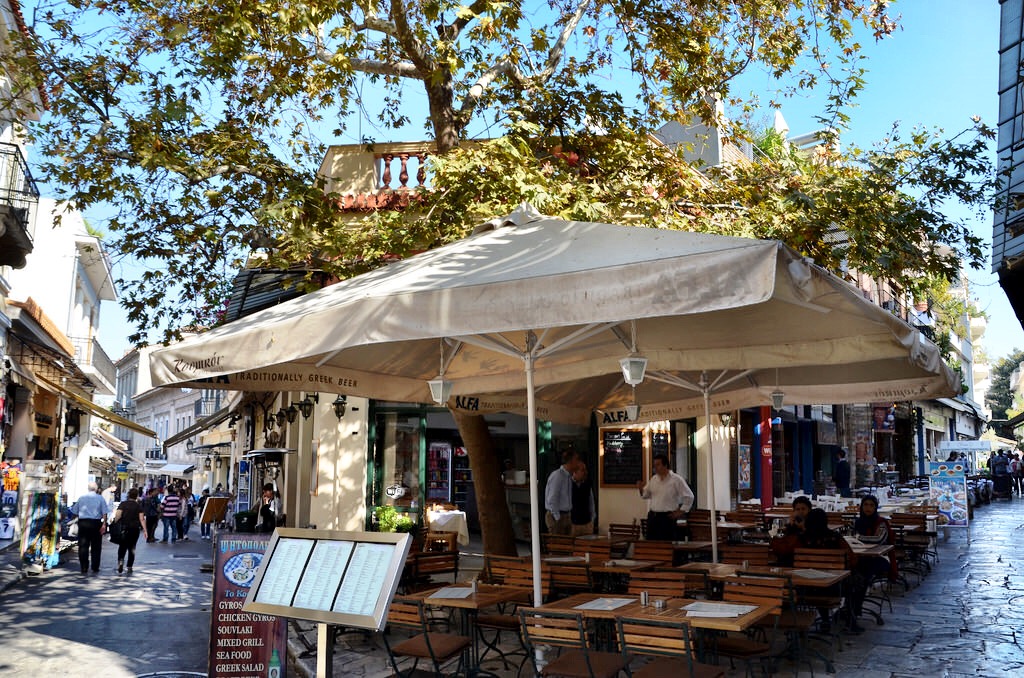 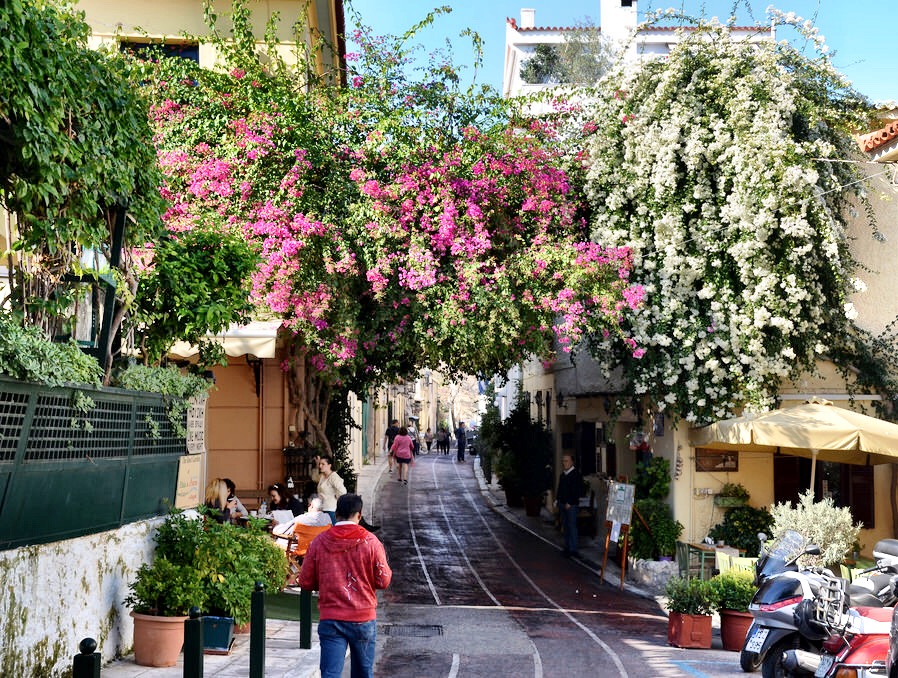 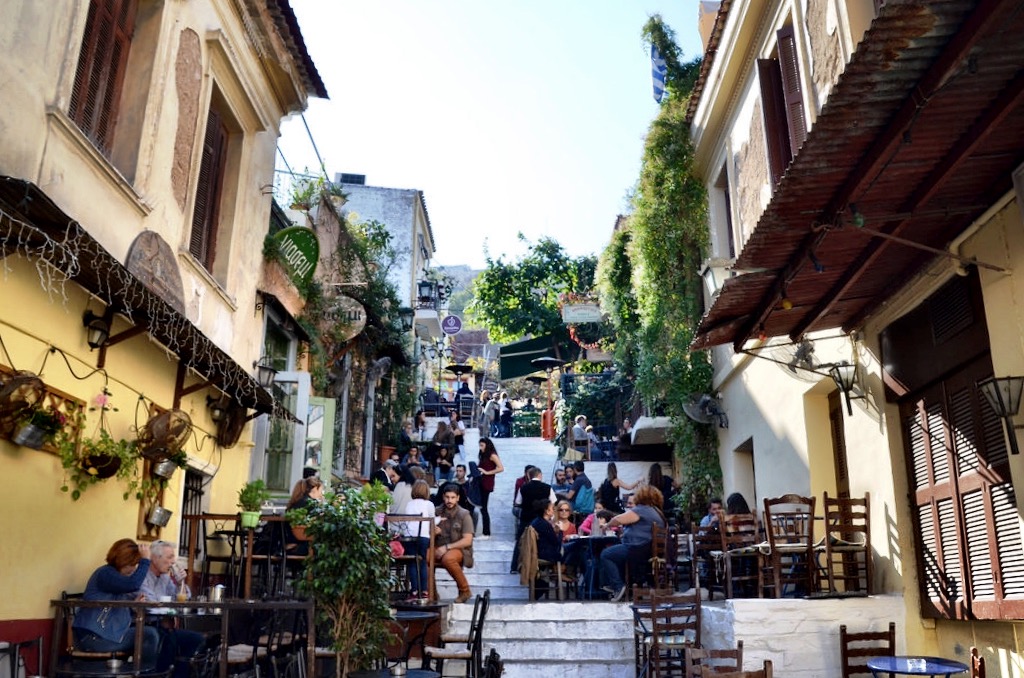 After spending some time wandering around the Acropolis, the tour proceeded to the more modern part of the itinerary, a bus ride around town with stops at some of the city’s most iconic spots, including a personal favorite – the stadium of the modern Olympic Games. When I was a kid, I remember watching on repeat a miniseries detailing the creation of the modern games, a movie I probably watched a hundred times. I’ve always loved the Olympics, and standing on the spot where Baron de Coubertin hosted them in 1898 was important for me personally. After our brief city tour though is where the itinerary lost my interest a bit. The Plaka is a neighborhood close to the Acropolis that is known for one thing – tourist shops and restaurants. It is the most touristy part of Athens and the rabbit’s warren of shops display a variety of shirts, cheap purses and other paraphernalia all created for the tourist trade. That’s unfortunately where the tour ended, like so many other tours of Athens, and it’s exactly how my tour ended seven years ago as well. I think it was that Plaka experience which made me dislike Athens as much as I did, so I did what I felt like I had to – I left. I first walked across the street to another set of ancient ruins, free when I showed them my ticket to the Acropolis. Unlike at the Parthenon though there were few tourists here at this smaller site, giving me the opportunity to explore and imagine the past almost by myself. I then started wandering, in and out of the edges of the Plaka, discovering quiet alleyways, side streets and cafes so well hidden that they must have been known by locals-only. Then I turned a corner and saw a beautiful pedestrian-way festooned with flowers on what was an unusually warm autumn afternoon. It was beautiful, so I stopped, ordered a coffee and just watched as tourists and locals alike wandered past. It was a different way to experience Athens and much to my chagrin, I suddenly discovered that I was enjoying myself.

Did I change my mind?

After I returned back to the Viking Star, I sought a quiet corner of the ship and decided to write down my first impressions. Overall, I had enjoyed my day: nothing bad at happened and I made it back onboard with my wallet still in my pocket, a great day in Athens by any standard. As I wrote down my first impressions, I noticed though that I wasn’t in love. My day spent exploring Athens was fine, but not extraordinary. The sights were nice and discovering those quieter neighborhoods was a lucky find, but not once during the day had I felt IT, that special feeling we sometimes get in new cities. I quickly understood that no, I don’t love Athens, but I no longer hated it either. A sort of ambivalence had replaced animosity, which in the travel experience is a major shift in attitude. I also came to terms with the fact that it’s ok if I don’t love Athens. We can’t love every new place we visit and sometimes what we imagine cities to be like is so skewed, there’s never any way we’ll love them when we visit. I think that’s what happened with Athens and me. I want it to be better than it is. I want it to be interesting, clean, dynamic and engaging. It’s not, at least not to me, and that’s fine.

Am I glad I went back to Athens? You bet, if only to give a second chance to a city that so many people seem to really enjoy. I learned that while it’s nice to visit, Athens will never be a place for me and now that I’ve confirmed that, a lot of the guilt I had about that first visit has thankfully melted away.