I like Instagram, a lot. I didn’t always feel that way, but last year I had a social media epiphany and ever since then I’ve been somewhat (very) addicted to this fun and engaging way to not just share photos, but to see the beautiful destinations thousands of others choose to share as well. For me, selecting which photos to share on Instagram has become an important part of my travel experience and I honestly find that when viewed as a group, they do a great job at portraying the real essence of a trip. I just got back from a wonderful Mediterranean cruise with the premium Viking Ocean Cruises, which instantly became a new favorite cruise line. I can’t wait to pen my full review of them, but in the meantime here is a photographic glimpse into what that experience was really like.

The Viking Star runs several different itineraries and routes, but I joined the Empires of the Mediterranean cruise, going from Venice to Istanbul. I had only been to Venice once before, but it was in the winter and the scene I was met with last week couldn’t have been more different. Warm temperatures and a city abuzz with tourists added a level of energy that wasn’t there in the colder winter months.

One reason why I selected this particular sailing was because some of the ports of call included were new to me, including Pula in Croatia. While I did tour Pula, I also joined a Viking excursion to visit another nearby city – Rovinj.

Rovinj (or Rovigno in Italian) is an important city along the Istrian Peninsula, an area that is shared by three countries: Croatia, Slovenia and Italy. Although Rovinj is Croatian, the folks who live there will say they’re Istrian first and Croatian second. In fact this region is even officially bilingual – Croatian and Italian.  Tourist season was over, so walking through town was definitely quiet until I reached the harbor, where the entire town seemed to found a table at the waterfront cafes. I decided to join them, ordering an espresso and a pastry spending an hour or so doing nothing more than admiring the scenery in addition to my coffee. I love the Mediterranean for many reasons, but this laid back attitude and easy approach to life is what I enjoy experiencing the most.

November 9 1993 is when the Old Mostar Bridge was shelled, its remnants crashing into the river below. It was just yet one more tragedy in a war full of them, although the symbolism of destroying one of the most iconic symbols in Bosnia and Herzegovina wasn’t lost on anyone.  The original bridge was built in 1566 and quickly became immortalized in songs, poems and artwork. Rebuilding it was never in question, it was how fast it could be done that everyone was concerned about.  A global coalition through UNESCO came to their aid and in 2004 the new Old Mostar Bridge once again stood high above the Neretva River.  I visited Bosnia and Herzegovina as an excursion on the Viking Star while docked in Dubrovnik and while the bridge was indeed great, so was exploring more of the old town of Mostar which has some spectacular views. I also learned a lot about Bosnia and I can guarantee it won’t be my last time visiting this very interesting country. 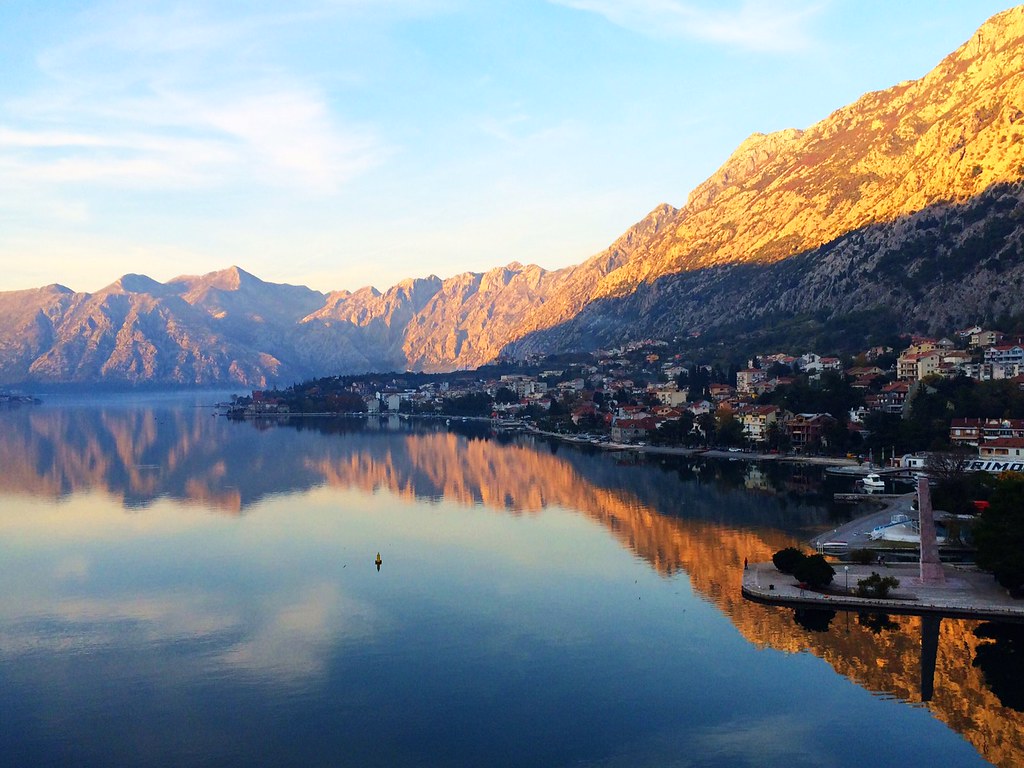 I didn’t expect the day to end the way that it did. I honestly didn’t have the highest of expectations for Montenegro but after spending a day exploring this small country, I think I’ve fallen in love.  The Viking Star ocean cruise ship docked next to the ancient city of Kotor early in the morning; as classic a Mediterranean town as any out there, but with a twist. This beautiful bay may look like a fjord, but it’s not. It’s actually a submerged river canyon, a byproduct of the many earthquakes that have rocked the region over the centuries.  Kotor has been a town since forever and a prosperous one for much of its history. Classic Venetian design, a gorgeous old town, massive city walls and more cats per capita than I’ve ever seen all make this one of Europe’s best small towns, no doubt there. Montenegro is much more than just Kotor of course and spending the day exploring this mountainous but stunning country was just a wonderful experience. I never know when travel love will strike, but it definitely hit me in Kotor and it hit me hard. Add this city and country to your bucket list immediately if it’s not already on there – trust me on this.

Sea days are an important aspect of any cruise, giving passengers the chance to relax and explore the ship. While I’m definitely not the kind of person who can easily relax, I found myself falling into a gentle rhythm and enjoying every moment of it. From the activities offered, amenities at hand and the overall look and feel of the ship, everything about my time onboard on the Viking Star wasn’t just luxurious, it was comfortable and yes, even relaxing.

One of the first posts I published on my site was about Santorini, so it was great to reconnect with the island almost seven years after my last visit. These churches are the most recognizable icons of the Cyclades islands, and on Santorini alone there are more than 300 of them. Unlike churches in many other areas though, the majority of these are actually private.   For centuries whenever a captain returned home following a particularly perilous voyage, he would build a small church as a way to thank God for bringing him back home alive. Each one is dedicated to a different saint and they open their doors to the public once a year on that particular saint’s feast day. The owners prepare a massive meal and welcome anyone passing by to enjoy the feast. The colors are also important – the white walls symbolize purity and the blue domes represent the sky and closeness to heaven. Today of course they mostly just symbolize this truly gorgeous part of the Aegean Sea.

After leaving Santorini, the Viking Star arrived in Athens – a city I’ve not had good experiences with. In fact I usually say it’s one of the few places I actually don’t like – a rarity for me believe it or not. That’s why my visit was important, to experience the city once again and to see if my opinion has changed.

I’m a history nerd so I joined a tour examining not only Athens’ ancient past, but its modern history as well. I was on edge though. It’s not my favorite place and so I wasn’t exactly thrilled to be there, but by midday I noticed that I had relaxed. From the mighty Acropolis to tiny streets festooned with flowers to the kind people I met – it wasn’t a bad day. Has my opinion changed? Eh, I don’t know but I do know I left the city in a much better mood than I did seven years ago when I first visited. I firmly believe in giving places we don’t like second chances, and I’m thrilled Athens and I were able to have that long awaited second date.

I didn’t really expect Ephesus to have changed that much in the few years since I last visited – Roman ruins tend to stay in ruin. But as a history and antiquities nerd, I was excited to once again visit what was at one time one one of the most important cities in the world. At the center of any visit to this remarkable city is of course the site featured here, the Library of Celsus.  At one point it was the third largest library in the world, and was a center of learning and debate that attracted some of the sharpest minds for centuries. More than that, it shows how very important this once lost city was in our early history. At its peak, hundreds of thousands of people called this bustling seaport home. One of the 7 Ancient Wonders of the World – the Temple of Artemis – was located here and St Paul even visited to preach the gospel. It amazes me then to think how it could ever have been lost in the first place, but it was and luckily for us that remarkable history is being recovered.   Only about 25% of the ancient site has been uncovered, making me wonder what other treasures are hidden below the hills surrounding it. Ancient sites are exciting to me not because of the ruins though, but for the opportunity to step back in time and to better understand the ancients in the best way possible – by walking in their footsteps. 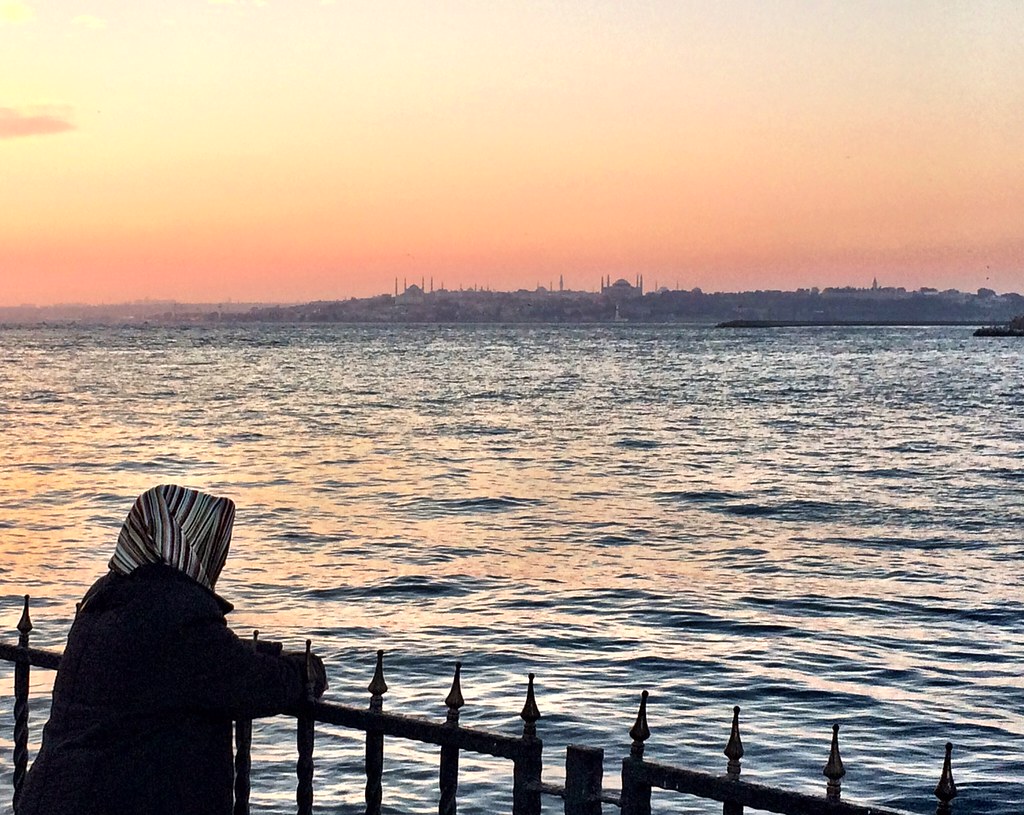 I decided to do something a little different in Istanbul and joined a walking tour highlighting the food of the city. My Walks of Turkey guide met me at the ship, and we hopped on a ferry to cross the water over to the Asian side of the city.   As you may know, Istanbul straddles two continents, Asia and Europe, separated by the Bosphorus Strait. The food tour itself was amazing and I found myself trying dishes I had never even heard of before. But that’s not the story that Istanbul begs to tell, at least not initially. No, instead this city very much is a product of the water which has brought people to this important part of the world for millennia.

14 million people call this city home today, but it seems as if Istanbul has always been an important city. Thanks to that sea connection as well as its position on the Silk Road, traders from around the world have arrived here not only to sell their wares, but also to leave a part of their own cultures behind. The result is an amazingly dynamic culture where flavors from China, India and Africa all commingle in harmony.

As I walked down to the ferry port I stopped along the promenade and noticed this fabulously colorful sunset. Looking out across the water at the Blue Mosque, the Hagia Sophia and Topkapi Palace I was struck not for the first time just how gorgeous this city is. There’s a certain mystique to Istanbul, an otherness that has endeared people to it for centuries, but at the same time it’s also approachable and at times even familiar. I don’t know of any place that manages to balance all of these qualities so well, and it made that ferry ride back through the sunset so very special.

I hope you agree with me that together as a collection, these Instagram photos and short entries do a good job at sharing not just brief moments in time, but what the overall experience itself was like. People at times put down social media, and that’s sometimes deserved, but I love it for its ability to connect us all and to give us the opportunity to tell stories in ways completely new and different.

2 thoughts on “My Viking Mediterranean Cruise Experience Through Instagram”