During my first trip to Scotland right after I graduated from college, I made the conscious decision not to visit Glasgow. It may seem odd; the city is the largest in Scotland and the de facto home for a lot of Scottish history, culture and more. But I only had so much time and honestly, I wanted to learn more about traditional Scotland in places like Edinburgh, Inverness and the coastal communities. When I returned a few weeks ago I knew I couldn’t avoid visiting Glasgow, and I was sort of excited to experience it for the first time. I had heard mixed things about the city and I honestly wasn’t sure if I’d like it. That’s why I made it a point to see and do as much as possible during my very brief day in the city, and just like the reviews my thoughts on that experience are still mixed.

I was in Scotland working with the GREAT Britain campaign and UK Trade & Investment to learn more about the history and culture of gin, and in Glasgow particularly to visit Glasgow Distillery – the first distillery in Glasgow for more than 100 years. The experience was about much more than gin though, which is how I found myself wandering around Glasgow one somewhat grey autumn afternoon.

Based on everything I had heard and read about Glasgow, I expected a large city that was, well, very urban. Where Edinburgh has castles and centuries-old stone storefronts, Glasgow has innovation and change. That’s fine, but when I travel it’s not usually the type of place with which I connect – but I was determined to give it a chance. Naturally, I learned over the course of a short day and a half that while those beliefs were partly true, they only told half of the story. Yes, I found a city that was large and bustling, a little gritty at times but one that drew me in almost right away. Not in the same way a city like Edinburgh or Paris or even Rome does, it was a different sort of connection but a connection nonetheless. I think a large part of that mostly positive impression had a lot to do with how I chose to experience the city. 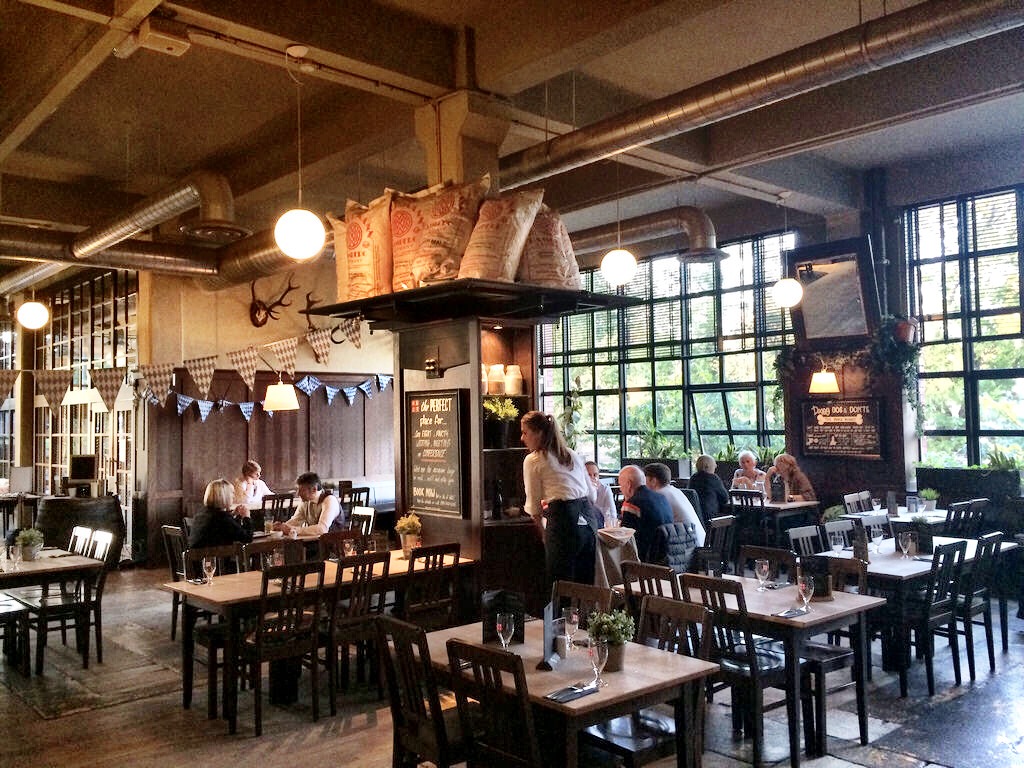 I arrived into Glasgow around dinnertime, which meant that my sightseeing would have to wait until the next day, but thankfully with the help of a friend and social media I found the perfect place for dinner. Originally from Germany, Petra Wetzel never intended to be a brewer, but then again she never intended to call Scotland her home until the first time she visited. After that she was hooked and in short order moved to Scotland and created a new life for herself in her adopted country. Trained as an attorney, her life wasn’t done with twists and turns though. Seeking something a little more out of life, she did the improbable and founded WEST Brewery in the heart of Glasgow. Celebrating its 10th anniversary in 2016, WEST has become an unmitigated success, opening up shop in an old rug factory and creating a wide range of beers that must meet two criteria: 1) They must be made in accordance with the German Purity Law of 1516 and 2) Petra has to like drinking it. In addition to the brewery, the building features a large German restaurant, serving up great foods from Petra’s homeland. As a lover of nearly all German food, I couldn’t stay away and the result was a meal that wasn’t just tasty, but a lot of fun too. 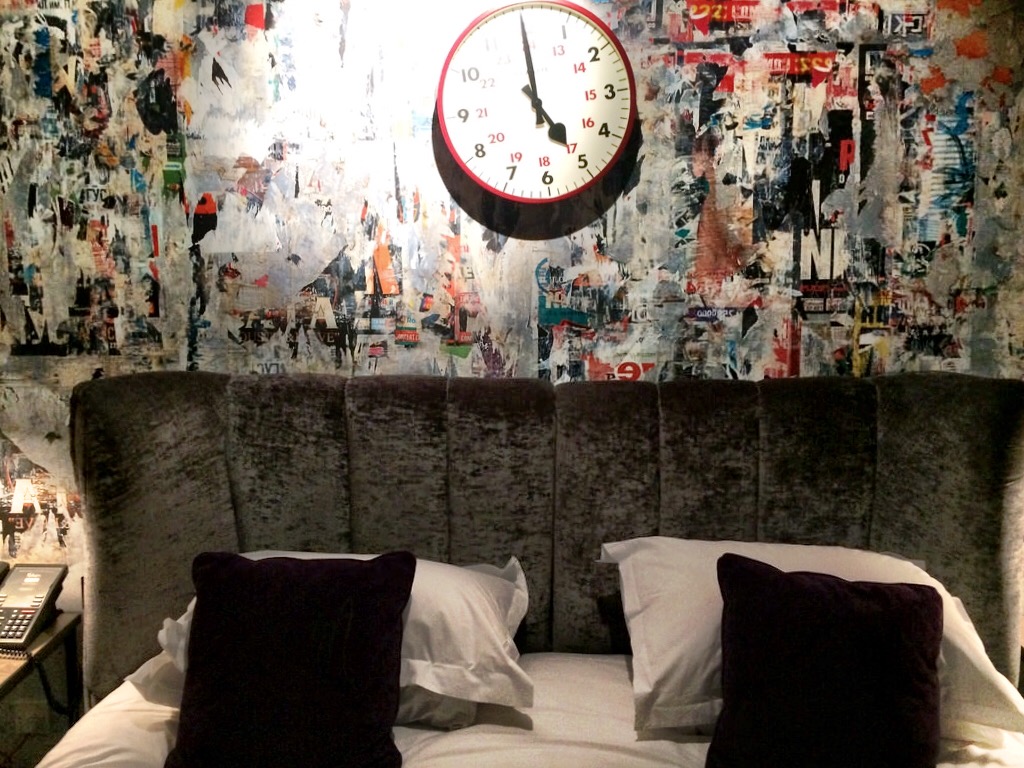 For something a little more refined though, I didn’t have to look beyond my hotel. Housed in a former Greek Orthodox church, the Malmaison Glasgow is part of a small chain of hotels that “dare to be different” but in ways that while trendy, are also refined. The hotel was a great place to call home during my stay in Glasgow; the décor can only be called fun and the hotel itself has a vibe unlike anywhere else I’ve been. It’s also a short walk from the Malmaison to central Glasgow, making it a great hotel option in a quiet location. While the hotel was comfortable and relaxing, their restaurant is what interested me the most. The hotel’s new restaurant, The Honours, is inspired by French brasseries we all love, but with a twist. Luxurious yet simultaneously relaxing surroundings are the perfect stage for the mix of traditional and modern French cuisine presented with delicate care.

How I Experienced Glasgow

Since I am a product of digital writing, I decided to ask the all-mighty Google for how I should best experience Glasgow in just one single day. What the search engine returned was certainly too much to pack into 24-hours, until I chanced upon a blog post highlighting what the author believed to be the ten most photo-worthy sights in Glasgow. Since I knew I wanted to share the story of Glasgow mostly through my photos, I decided to follow that sage writer and walk in his footsteps around Glasgow. Sometimes blogs are helpful and sometimes they aren’t, but in this case it was the best way I could have spent my day in this, Scotland’s largest city.

The list included a variety of different destinations around the city, and while I didn’t realize it at the time it was a fantastic way to get a cross-section of activities and experiences around town. Starting early, I made my way down to the River Clyde, once an industrial area, now it’s a prime spot to capture some great images of the waterfront. The sky was mostly grey, but just enough sunlight poked through the clouds to make the scene special. And it set the perfect tone for the rest of the day. For several hours I walked around town, visiting museums, universities and even graveyards. Everything was nice, the architecture gorgeous but I hadn’t had that IT moment yet. The city just hadn’t grabbed me. And then I meandered into the downtown and that’s when it happened.

It was the middle of the afternoon in the middle of the week, yet the pedestrian streets and shops were packed as if it was a Saturday in the height of summer. The vast boulevard was lined with stores, restaurants and who knows what else, all in a variety of architectural styles and all gorgeous. That guide I referred to earlier was right; it said that even the shopping centers were amazingly beautiful, and indeed they were. But it was the spirit of the city that really grabbed me – it was alive! Bands played, magicians wowed kids and I felt myself wanting to join in, to be a part of that magic. More than pretty sights or nice museums, it was that moment walking along Buchanan Street that endeared the city to me.

Did I fall in love with Glasgow? No, I don’t think so, but I did enjoy my time exploring the city. More than anything else, the urban beauty of Glasgow is what impacted me the most. From the massive main hall in the Kelvingrove Museum to the University of Glasgow that looks like a real-world Hogwarts Castle, it was all unique and yet all seemed to coexist in architectural harmony together. Glasgow is not Edinburgh and you shouldn’t arrive into town expecting bagpipers on every corner and more woolen shops than you can count. Glasgow is Glasgow, it’s large, dynamic, diverse, edgy, artistic and more. It is very much its own city and likes the fact that it’s a little bit different from the rest of the country and ultimately that’s why you should visit. Not to see the stereotypes of Scottish culture we’ve all come to know (and love) but to learn about modern Scotland and to see what the country is really all about, instead of the cartoon image that seems so prevalent at times.

Have you been to Glasgow? What did you think?

6 thoughts on “Thoughts About My First Visit To Glasgow”