The last time I was in Edinburgh the year was 1998, I was 22 and had graduated from college just a week before. I was backpacking around the UK as my graduation gift to myself and Edinburgh was my first introduction to Scotland; a country I had dreamed of visiting for years. I was also poor, and at the time the best I could manage was a hostel. Fast forward to 2015 and as a luxury traveler I was looking for a much different experience in Scotland’s capital city and knew that there really was only one choice for me – the Waldorf Astoria Edinburgh, otherwise known as the Caledonian. Sadly my stay in the city wasn’t long, but all of the advantages to staying at what is arguably the best hotel in town made my stay not only stress-free, but a fun one as well. 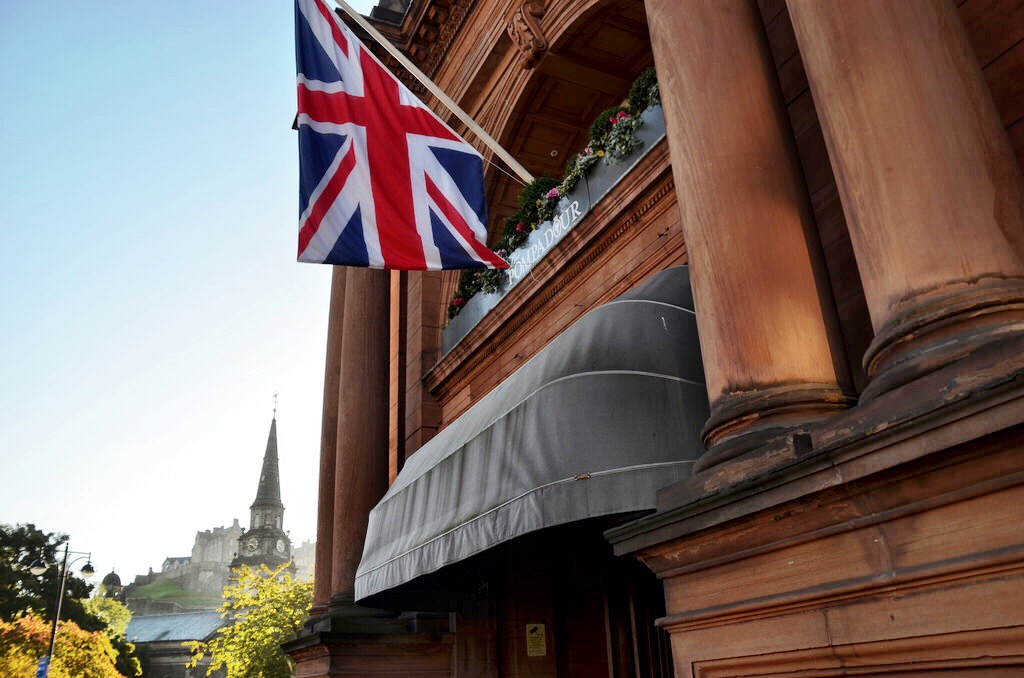 I love classic, old hotels – the kind steeped in history and tradition that ooze Old World elegance from every pore. The Caledonian is the perfect embodiment of another era of luxury travel, originally opening in 1903 as one of Britain’s great railway hotels. Old railroad hotels are amongst my favorite and wherever I find them, from Roanoke Virginia to Banff to Edinburgh, I make a point to stay in them. Known locally as The Caley, as soon as you arrive you know that you have entered another time, one of service and care, a hotel experience that has all but disappeared in today’s world. Originally built to be part of the old Edinburgh Princes Street railway station, it was meant to rival a certain other hotel at the opposite end of the street – a friendly rivalry that still exists today. Originally guests could access the station directly from the hotel, but in the 1960s the station was closed and demolished, giving the Caledonian a chance to expand. Purchased in 2000 and reflagged as one of the flagship Waldorf Astoria properties, you can still see remnants of that old station in the hotel in the beautiful station clock preserved in the hotel’s bar and lounge area. 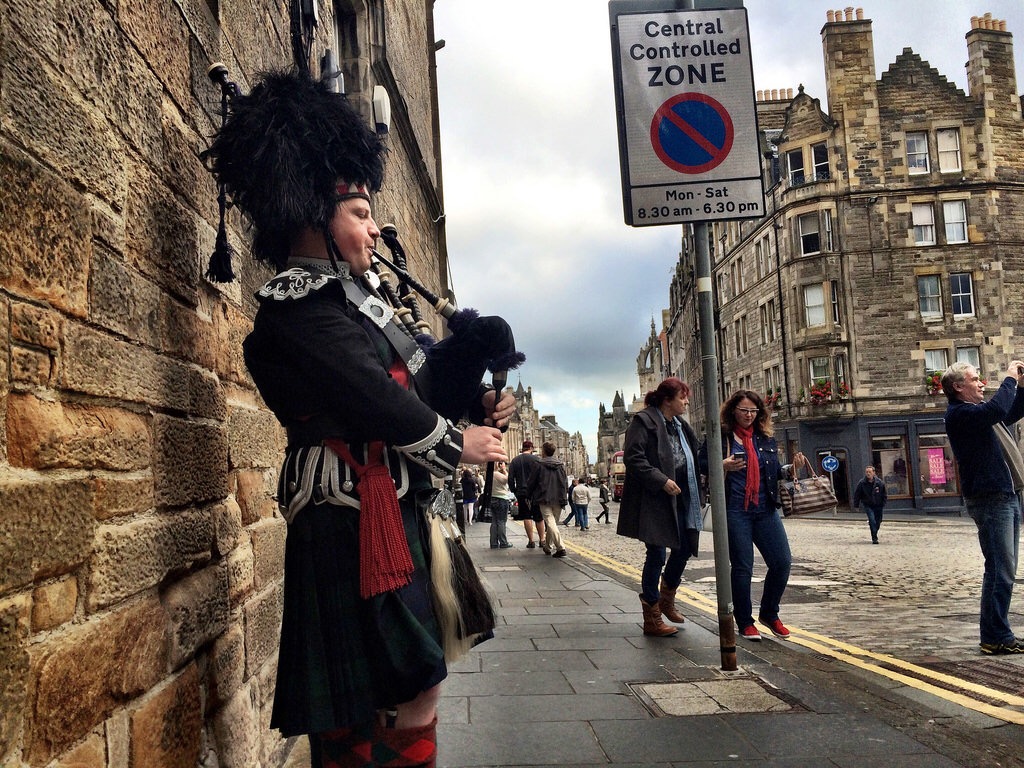 For me, location is everything in a hotel and I was thrilled with the central location of the Waldorf Astoria Edinburgh – especially since I was so limited on time. Getting up early, I hit the streets of Edinburgh with map in hand, ready to retrace steps I had last trod nearly 20 years ago. Turns out I didn’t need a map, the massive Edinburgh Castle is easily visible from the hotel and is a simple 10-minute walk from the hotel’s massive footprint on Princes Street. Getting to the Royal Mile and all of the central tourist sites really couldn’t have been easier, and made my brief stay in town as productive as it could have been. Around the hotel itself are plenty of shops, pubs and restaurants, offering options to guests who want to get out and explore. Not only is the location great for sightseeing around the city, but Edinburgh in general is well-situated for those who want to explore more of Scotland. I was touring the country as part of a campaign with UK Trade & Investment to highlight the culture and history of gin, and staying in Edinburgh made it easy and convenient to visit both St. Andrews and the broader Perthshire area. Add in the fact that Glasgow is less than an hour away by train, and Edinburgh makes for a great home base. 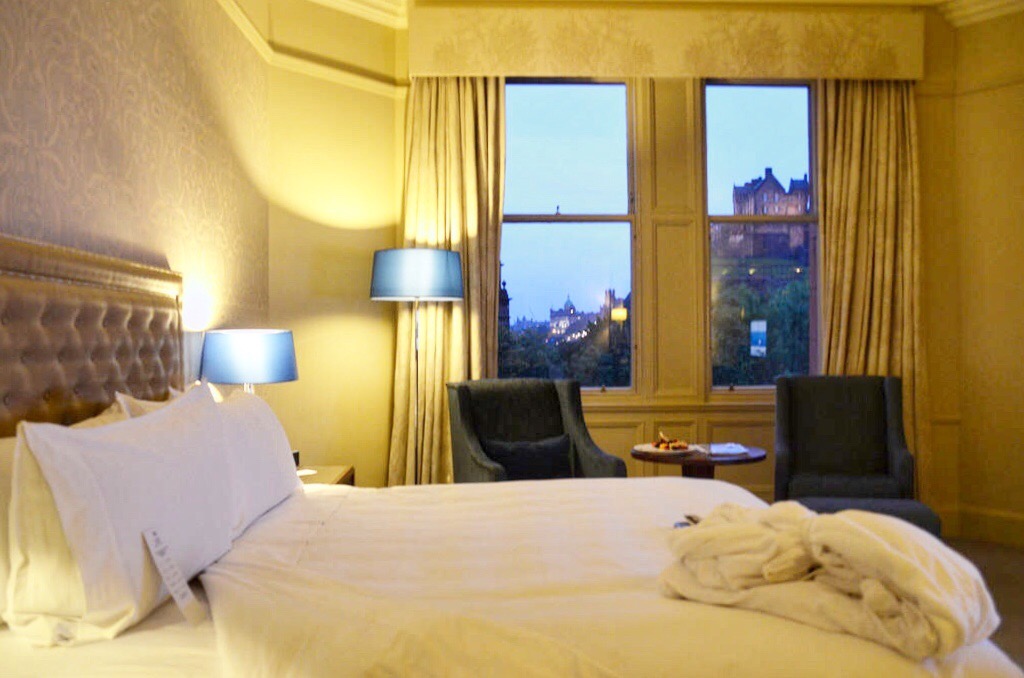 From the moment I arrived, greeted by a doorman in kilt and jacket, I knew I was at a special place. The grand lobby and friendly service put my tired mind at ease right away and since I arrived late in the day, I was looking forward to doing nothing more than just relaxing. Thankfully the rooms at the Waldorf Astoria Edinburgh made that easy for me. Another reason why I love old railway hotels is for the space they usually provide; another clue to what luxury travelers from earlier times enjoyed. Wide hallways and rooms that are frankly massive in comparison to other city hotels make you feel special, an important guest. The hotel offers more rooms with views of Edinburgh Castle than any other in town and that was the first thing I noticed out of my own window at the hotel – a perfect introduction to the city and a sign that I had indeed truly arrived into Scotland. The room itself had all of the amenities one would expect, from Ferragamo toiletries to incredibly comfy beds and linens. I had a lot of work to do, so I was also thankful for a spacious desk area that offered a range of plug options, ensuring that guests from around the world won’t need to bother with adapters. The final kiss goodnight from the hotel came in the form of evening turndown service; a simple but important ritual for any luxury hotel. Instead of a boring chocolate, I found nestled on my night stand a beautiful jewel box with hand crafted chocolates inside. It’s a simple touch, but one that resonated with me and put a broad smile on my face that stayed until I eventually nodded off.

Luxury hotels excel, or not, based on the details. Anyone can have the appearance of luxury, but what really makes a hotel stand out are the attention to minor details and the service. While my time at the Waldorf Astoria Edinburgh was brief, I saw ample evidence that they excel in both areas and everything comes together for an experience that is relaxing but productive – a perfect combination.