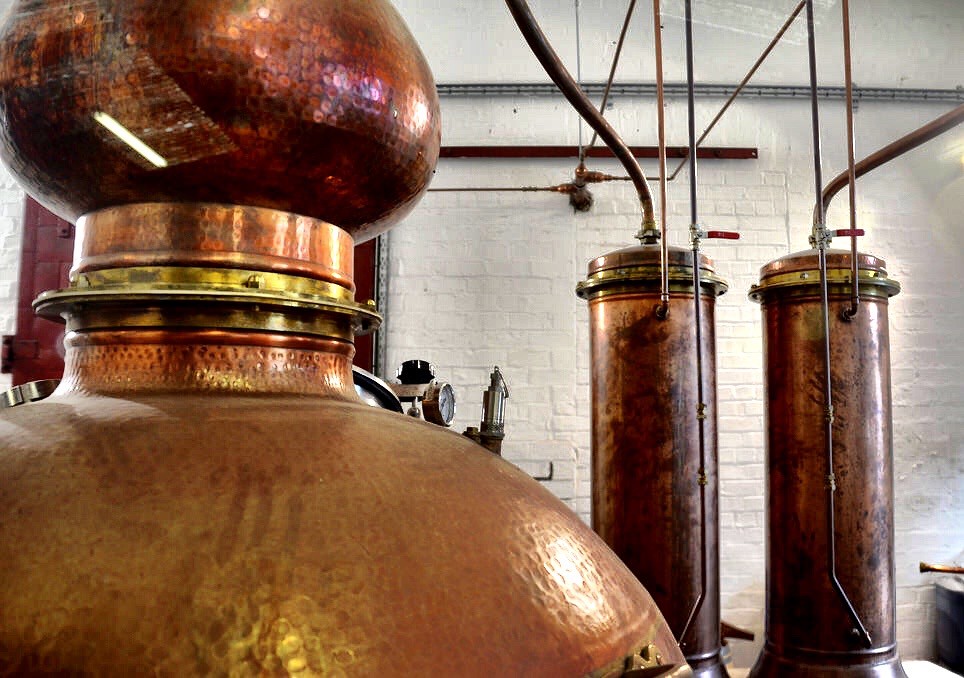 On my last trip to Scotland I did something a little unusual; a type of experience new and different but also fun. I spent a week traveling around the country learning as much as I could about the history and culture of iconic British gin. I’ve always said that food and drinks are an incredibly important aspect of the travel experience, as is learning about how they’ve impacted the culture of their respective countries. Great Britain has many culinary traditions that have made the global rounds and gin is right there at the top. Before my trip I was guilty about not knowing much more than just the basics of gin and while I thought I knew what to expect, I was wrong. I want to share some of the things I learned that made me appreciate the gin tradition in the UK and hopefully you too will find these aspects of the British gin tradition just as interesting as I did.

Not what you think

For many of us, our first experience with certain spirits is not a good one. The drinks are usually the cheapest available and we definitely didn’t feel well the next day. I know for me, I thought all spirits were the same so if I didn’t like something at age 22, I’m not going to like it now. But a few years ago my eyes were opened when I attended a tasting of some of the best tequilas in the world – a spirit I thought I hated. At the end of that experience I learned that spirits vary widely and that premium brands really are that much better. I had a similar first time experience with gin in my younger days and like tequila I learned that gin is much more varied (and better) than one might at first think.

Tonic is to blame for a lot of the misconceptions surrounding gin. Many of us don’t care for it and so when we drink that first gin and tonic, we think it’s the gin we don’t like. That’s why it’s important to taste the gin itself, not included in a drink or with anything else added to get the pure taste of the spirit. So what it is gin? It starts with a base spirit, of which juniper must be the predominant flavor. Afterwards is when the magic happens and botanicals are added. These can be anything from orange peels to hickory shavings and this is when the distillers get creative. The botanicals give each gin a unique taste and are ultimately what makes us enjoy one over another. The type (not brand) of gin known as London Dry goes through the distillation process, but nothing can be added to it (color or flavoring) after the distillation. In something labeled as only distilled gin, flavor and color is allowed to be added after the distillation process.

Gin is as complex a spirit as any out there, a fact that more and more people are starting to realize. 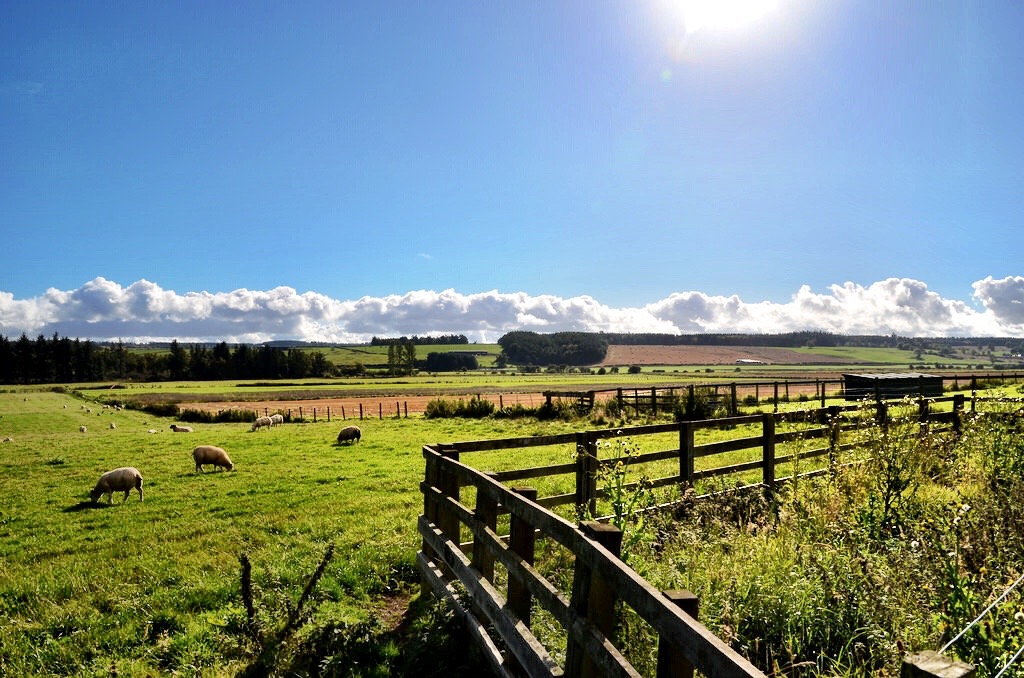 Scotland makes 70% of it

Most of us know Scotland for its whisky production, which is worth its global fame. But the same distilling skills required to produce great single malts are also useful in creating amazing gins and vodkas. For a variety of reasons, small but premium distilleries are popping up all around Scotland, quickly adding some excitement and energy to what is a very traditional industry in Scotland. Whisky takes a while to produce though and at the bare minimum must be aged in barrels for three years and one day to even be called whisky. So in the meantime, many distilleries are also making other spirits, like gin, to add new products to their lineups. The result is that many of the gins we know and love come from the same highland valleys and coastal plains as do those oh-so-famous whiskies.

Fueled by a resurgence in global interest and beneficial government approvals, craft distilleries are popping up everywhere, especially throughout Great Britain. When we say craft we mean usually independently owned distilleries that produce in relatively smaller batches than the big companies and which utilize a very hands on process. Touring many distilleries around Scotland, I found all of that to be true, along with another attribute – excitement. Gin is great for distilleries as it can be produced very quickly and offers the distiller a lot more freedom to flex his or her creative muscles. They’re also many times representative of their local communities, using ingredients found locally. A good example of this is Caorunn Gin in Scotland, which uses a variety of so-called Celtic botanicals in their preparation. One of the most unusual but infinitely interesting examples of locally inspired gins though is at Eden Mill in St. Andrews, which produced a special Golf Gin using shavings from old hickory golf clubs as one of their botanical flavorings. I think this inspiration from local communities and the production of truly unique beverages is what is ultimately driving the craft distillery boom, a phenomenon that isn’t showing any signs of slowing down. 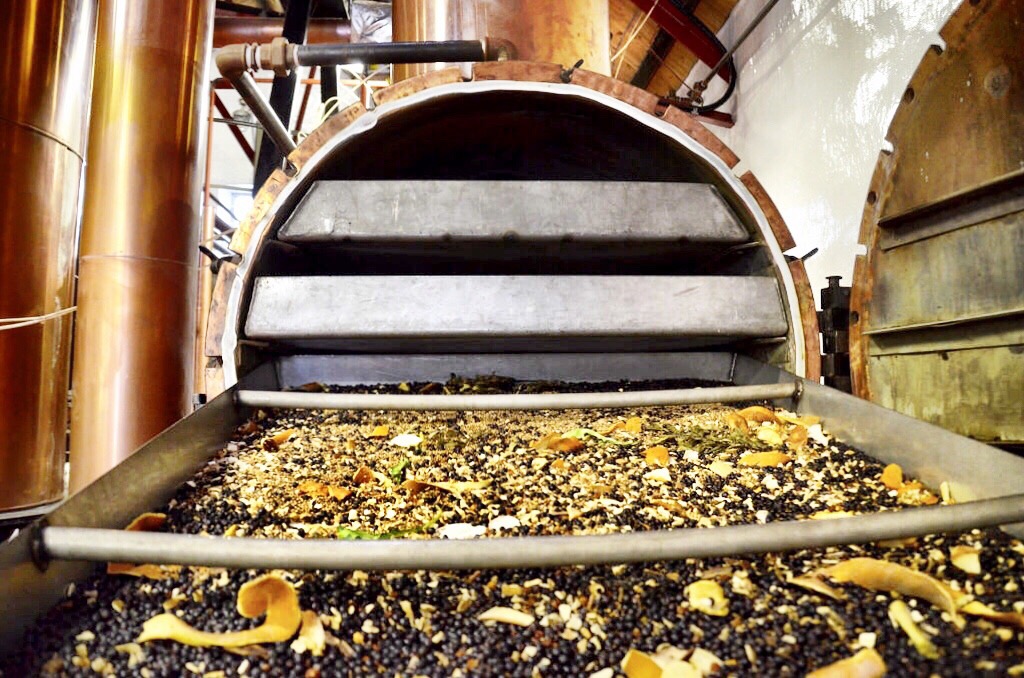 Gins all start the same, with a base spirit to which botanicals are added. It is these botanicals that give each gin its own unique taste and it’s also the process through which each distiller makes their mark, getting creative in their effort to do something new and different. I’ve mentioned that creativity several times in this post already and it’s probably because that’s the aspect to gin production which surprised me the most. As a spirit novice, I knew little about botanicals and their importance in gins before my trip, but almost immediately my education consisted mostly of learning about each herb or other ingredient and how they combine to create the perfect bottle of gin. It sounds trite, but that also means that there really is a gin for almost any taste; from ones very heavy in those piney Juniper flavors to others which are very smooth and combine to make great cocktails. It’s a fun industry, and spending time learning about British gin is important for anyone who wants to better understand the history and culture of British food and drinks.

What’s your experience with British gins?