I love being active when I travel but I also am a history nerd, and so when I saw the rare opportunity to combine the two I knew I couldn’t pass it up. While sailing on a Uniworld river cruise in Burgundy and Provence, one of the complimentary excursions offered to guests was a kayaking experience unlike any other, the chance to kayak through the beautiful Pont du Gard.

One thing that surprised me perhaps the most about sailing with Uniworld was the many options for daily excursions in each port of call. Instead of offering only a simple walking tour, which was always available, there were many times other options, including the choice to “Go Active”. Flying in the face of the misconception that river cruises are only for the infirmed, these active experiences are amongst the cruise line’s most popular and having joined most of them, I can see why. Sometimes it’s great to get out and enjoy some adrenalin-pumping experiences in addition to ones that are lower key. That’s how I found myself in a kayak on the Gardon River in southern France one sunny day in August. 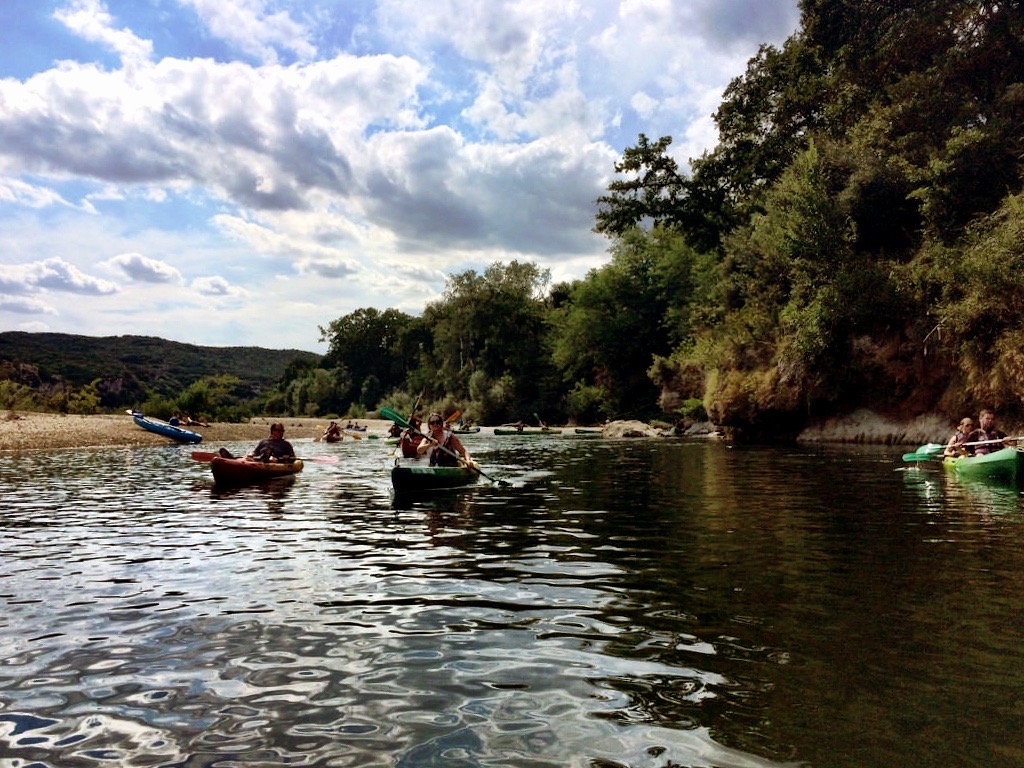 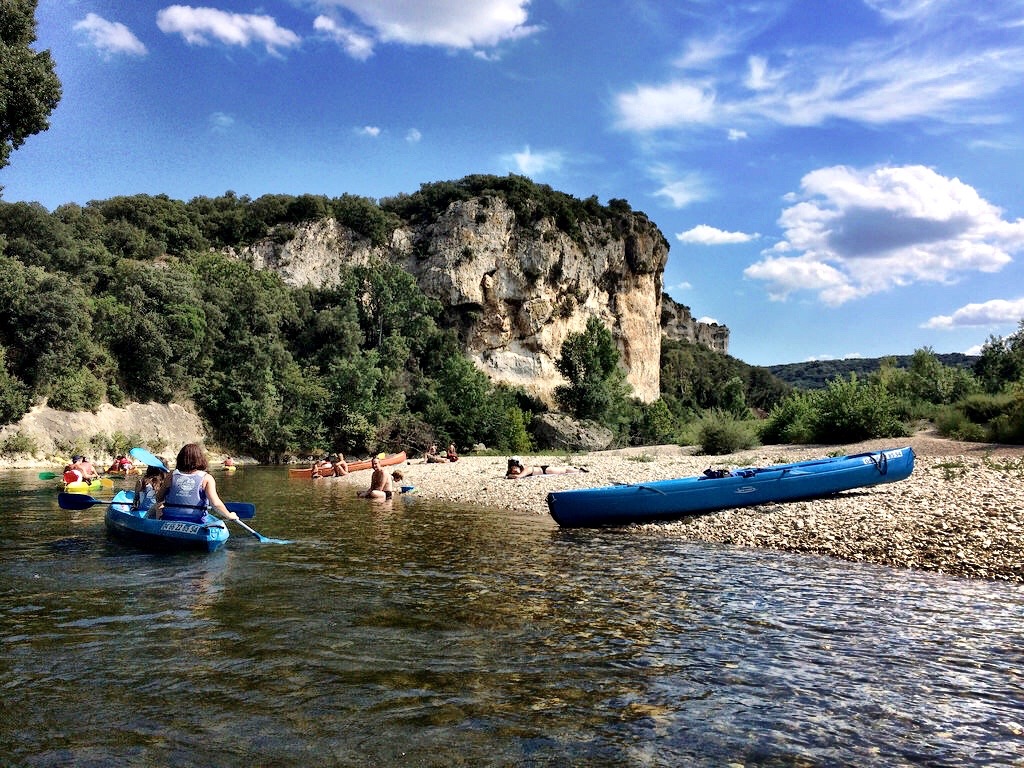 Fifteen of us sat in the van as we drove from the Uniworld ship, the SS Catherine, to the kayak embarkation point in Collias, France. There we met up with our private guide for the day, Martin, who works for one of the best kayak and canoe outfitters on the river. It was the middle of August and just a few days after one of the season’s most important holidays, which meant the river was busy. Nearly everyone in France had taken the week (or even the entire month) off from work and it seemed like half of France wanted to cool off in the Gardon. Our guide was a pro though and before I knew it, we were all suited up and in our kayaks, ready to enjoy the 8-kilometer paddle down the river.

I love being on the water when I travel. Not only is it fun and tranquil, but it’s also I think important to see destinations from a different point of view. On the water, you’ll notice things that you would never see on land, and when combined with the opportunity to burn off some calories there is nothing better in my opinion. I also just really love kayaking. I’m no expert, but I do know what I’m doing on the water and being out there on the Gardon on a perfect summer’s day was absolute perfection.

Over the course of the next few hours we paddled downstream, passing countless swimmers lining the shore, families and friends enjoying their time off. It was also a great bonding opportunity for those of us on the excursion. We chatted, we joked and got to know each other in a much more personal way than we could have on board the ship. Everyone was having fun, and ultimately that’s what these trips are all about. It’s also a great way to experience a new destination in a completely different way, by becoming part of it. We weren’t tourists; we were like everyone else on the water that day, out to just enjoy the experience itself. I felt like a part of the community, something that’s fairly rare to achieve on a trip. 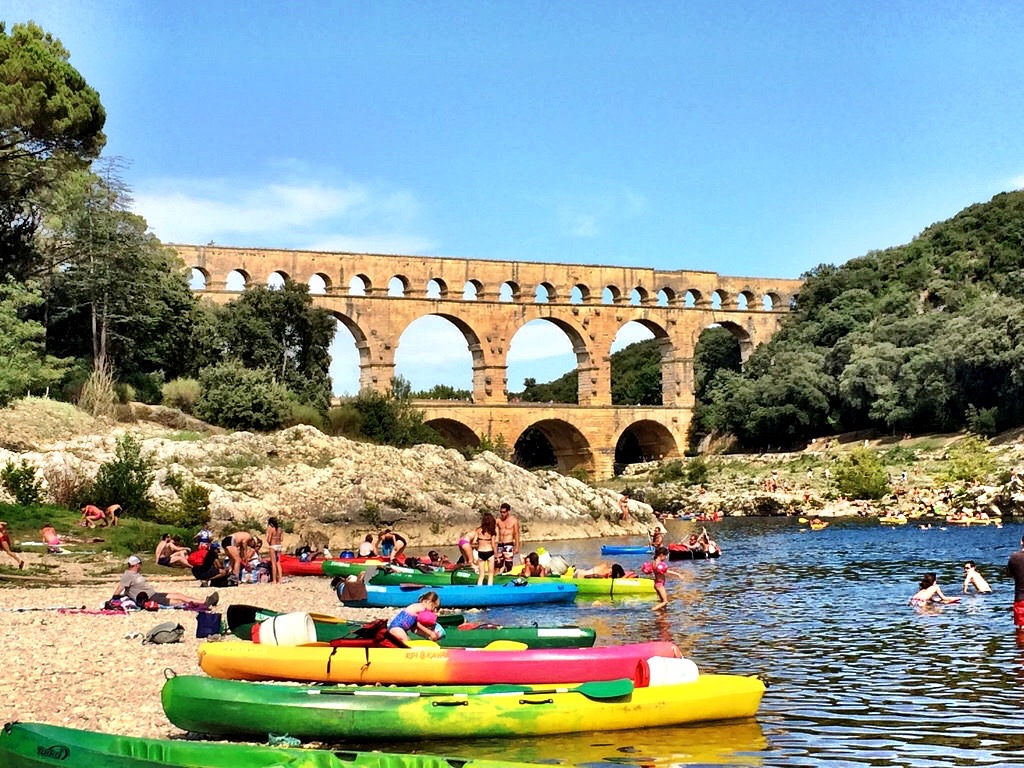 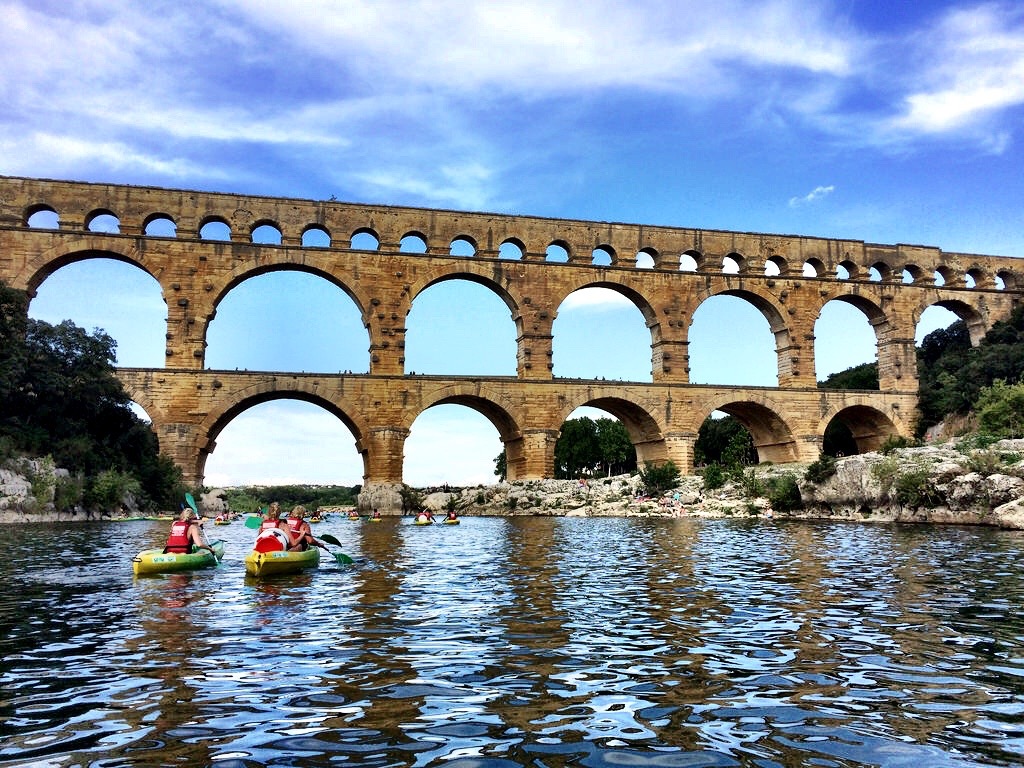 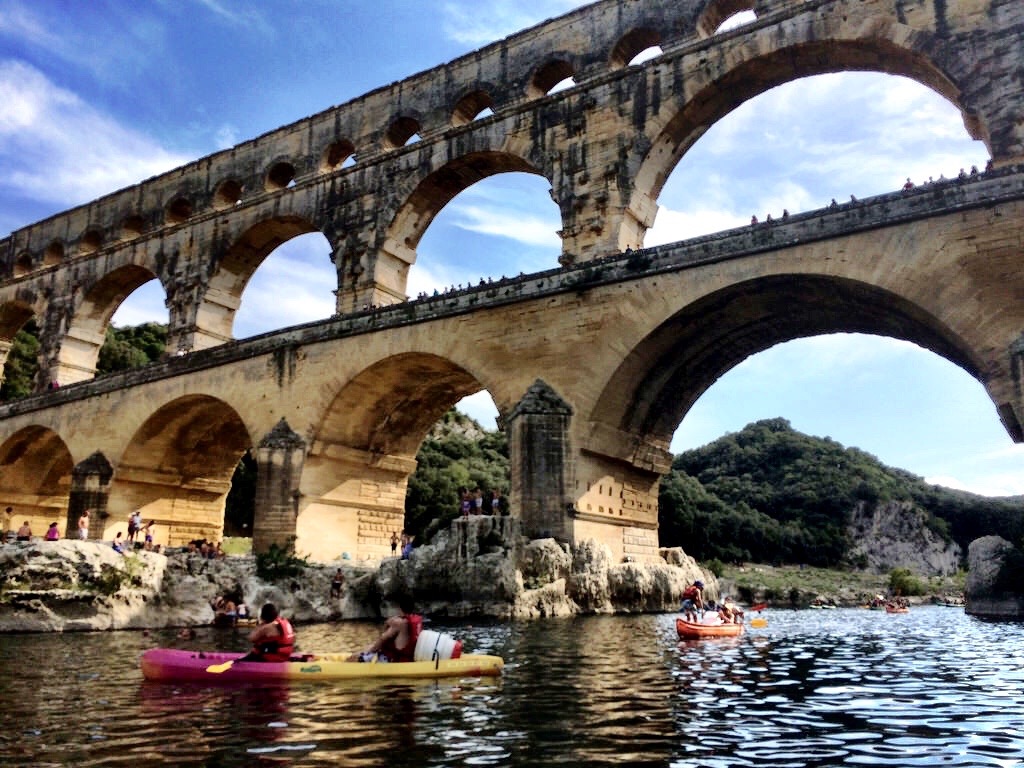 Eventually the moment that we had all been waiting for had arrived, the impressive Pont du Gard itself. This 2,000 year old Roman aqueduct is a world treasure; recognized by UNESCO as one of the best preserved in the world. Seeing it is great, but visiting it from the perspective of a kayak was on of the best experiences I’ve done on any trip. We slowed down approaching the massive structure, even more impressive from below than walking across it. Stopping along the shore awhile to rest and take some photos, I looked around and everyone was beaming. This was it, this was the highlight of the trip for most of us and in that moment we realized it, another rarity when we travel. Eventually we put the kayaks back in the water, and paddled for another hour or so until we arrived at the finish. Altogether we had spent several hours on the water, spent a lot more energy than I think any of us had anticipated, gone swimming, enjoyed some snacks and when combined, had the time of our lives.

Being an active traveler isn’t for everyone and it’s not even always appropriate, but when offered the opportunity to do something a little different, go for it. Experiences like this one through the Pont du Gard are hard to find moments of a type of travel that is more personal and fun than what many people are used to, so don’t waste the opportunity. I know for me it’s an experience I’ll never forget and absolutely was the best memory from a week of great memories sailing through France.