I have to be honest, I wasn’t at all looking forward to my flight with Dutch carrier KLM. Although it’d been a while since I last boarded one of those baby-blue planes headed to Amsterdam, I thought I knew what to expect; the same type of service too many European carriers offer. Sadly, that service isn’t the best, especially in Economy when it seems most (but not all) of the airlines are just going through the motions. That’s why I was so very surprised after my experiences with KLM, in both Business and Economy; experiences that may have made me a KLM convert. Maybe. 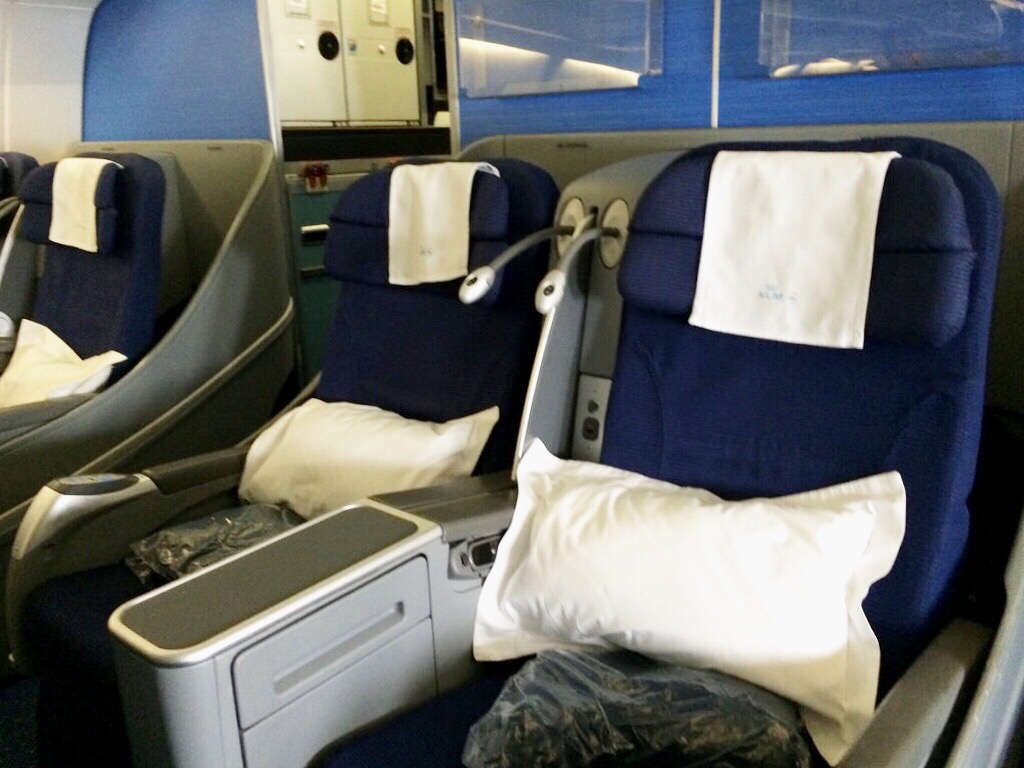 Unlike so many other carriers, KLM has found a way to make last minute upgrades easy and, depending on the flight, not too expensive. US-based airlines are terrible at this and demand a proverbial arm and a leg be given both in frequent flier miles and cash. Upgrades on KLM though can be quite reasonable ($250 for a one-way upgrade to business class as an example) without additional payment of frequent flier miles. It’s a great system and is how I ultimately found myself sitting in the front of the cabin on a flight bound for Amsterdam.

Even in Business Class, my experiences with some European airlines haven’t been great; especially flying from Washington, DC. We don’t usually get the best airplanes and so the Business Class sections tend to be out of date. I was pleasantly surprised though to see that KLM’s A330-300 Business Class service from Washington Dulles International Airport was bright, airy and definitely updated. 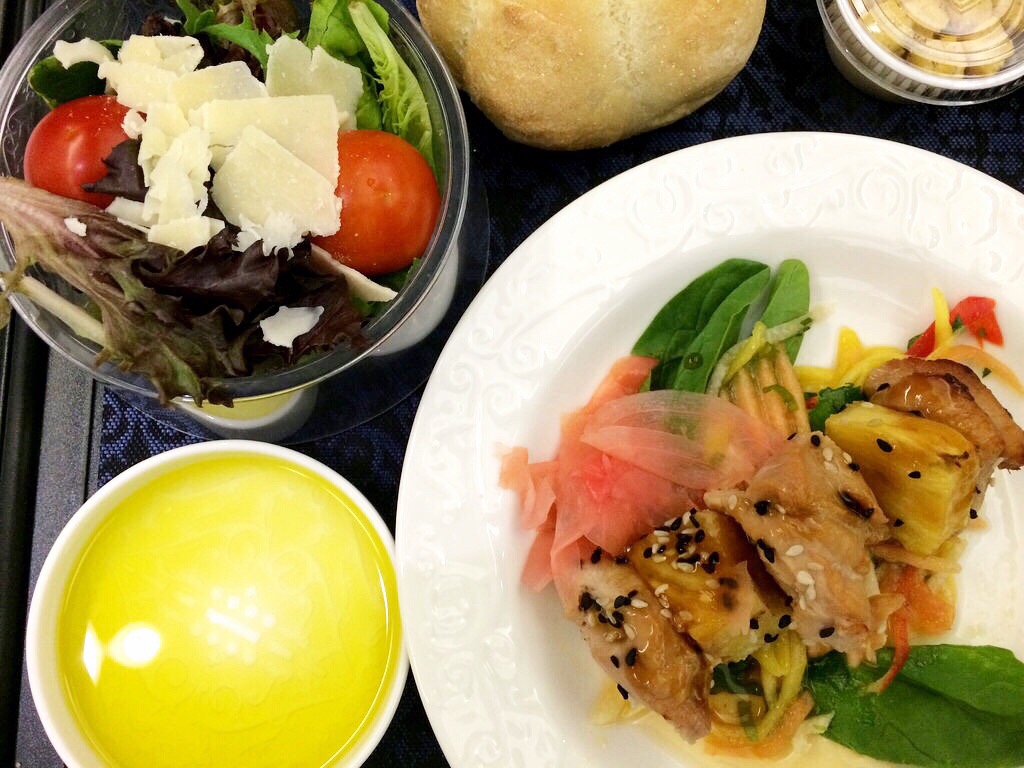 The actual flying experience itself wasn’t all that unique, except in a couple of slightly negative ways. The menus passed out looked like they were just taken off of a copier machine – a far cry from the laminated menus nearly every other carrier offers. The amenity kit itself was ok, but lacked a few normal items like lotions and fresheners. The faults I found weren’t great, but just odd. Why not include hand lotion in an amenity kit or provide Business Class menus that don’t look cheap? Easily fixed mistakes and yet they persist.

The in-flight experience was a very pleasant one with lie-flat beds, good food and pleasant cabin crew. One thing that was unexpected was the small treat we all received before landing. Apparently, KLM is famous for its tiny Delft porcelain row houses, which it has been passing out to premium customers for decades. They’re quite the collector’s item and it was a nice little gift to receive. I love when airlines retain their personalities and spirits, even in this world of mergers, fees and hyper-interconnectivity.

The Business Class experience was affordable, relaxing, comfortable and very pleasant – the perfect start to any trip.

I wasn’t as lucky on the way back and there were no upgrades to be found. That meant I found myself sitting in row 27, not even privileged enough to be in a Premium Economy row. This was the moment when I expected KLM to flail and flounder. It’s one thing to offer great service to Business Class passengers, it’s quite another to offer it to the folks in the back of the plane. But almost immediately I could see that once again, my suppositions would be proven wrong. The flight attendants were smiling and welcoming – an absolute abnormality in modern international aviation – and while the seat certainly wasn’t spacious, it was manageable even for my 6’2” frame.

I’m used to flying in perfectly ok Economy Class sections – nothing new there. But there were several moments during the flight when I was pleasantly surprised; instances that make KLM slightly better than many of their rivals and in the competitive world of aviation, that means something. The main meal was fine, maybe even good, but the real treats came during the snack services. Plural, more than one snack service and while it may seem silly and not important, it’s a nice perk that I’m just not used to in Economy. The first snack was just an ice cream, but came about the same time when my belly started to rumble. The second came in the form of choices – choices! – between a chicken wrap or a cinnamon roll. Other airlines offer snacks, but they don’t always offer choices and what they offer usually isn’t as good as that cinnamon roll I enjoyed.

More than the food or seats, what honestly impressed me the most on both of my flights was the cabin crew. They weren’t rude, dismissive or bored. They smiled, joked, were attentive and seemed to care about their passengers. On my many flights to and from Europe, I can only count a handful of instances when I was that pleased with the service and honestly, service means everything.

So KLM I owe you an apology. I expected the worst. I dreaded the flight and even thought about changing to another airline. But wow, am I glad I was too lazy to make any changes because had I done that, I would’ve missed out on what honestly was a pleasant and enjoyable flying experience.

Have you flown with KLM? What was your experience like?

12 thoughts on “My Unexpected Flight Experience With KLM”