Getting lost isn’t something I have a hard time doing. If an advanced degree or even a certificate program were offered in the art and science of losing one’s way, I would have been properly accredited long ago. Even with the assistance of a GPS device in my rental car, that’s where I found myself once again, in the warm embrace of not knowing where I was, trying to divine my way to Port Douglas in Queensland’s tropical north. I left Cairns early in the morning, partly to get a jump-start on the day and partly to just leave Cairns. While I didn’t have any particular issues with the city per se, we just didn’t click and I was excited to see what was in store for me as I drove up Queensland’s long and beautiful coast to the relaxed town of Port Douglas.

I find beach communities, no matter where they are in the world, to be odd places. Even in the most beautiful of places they err on the side of tacky and cheap and while nicer, more luxurious experiences are available, it’s amidst the rabble of t-shirt shops and bars selling alcohol by the boot full. That’s what Cairns was like for me and I honestly anticipated that Port Douglas would be similar, why wouldn’t it be? I was thankfully wrong and by the end of my time in the Tropical North, Port Douglas became a town I not only tolerated, but came to love in a short few days. 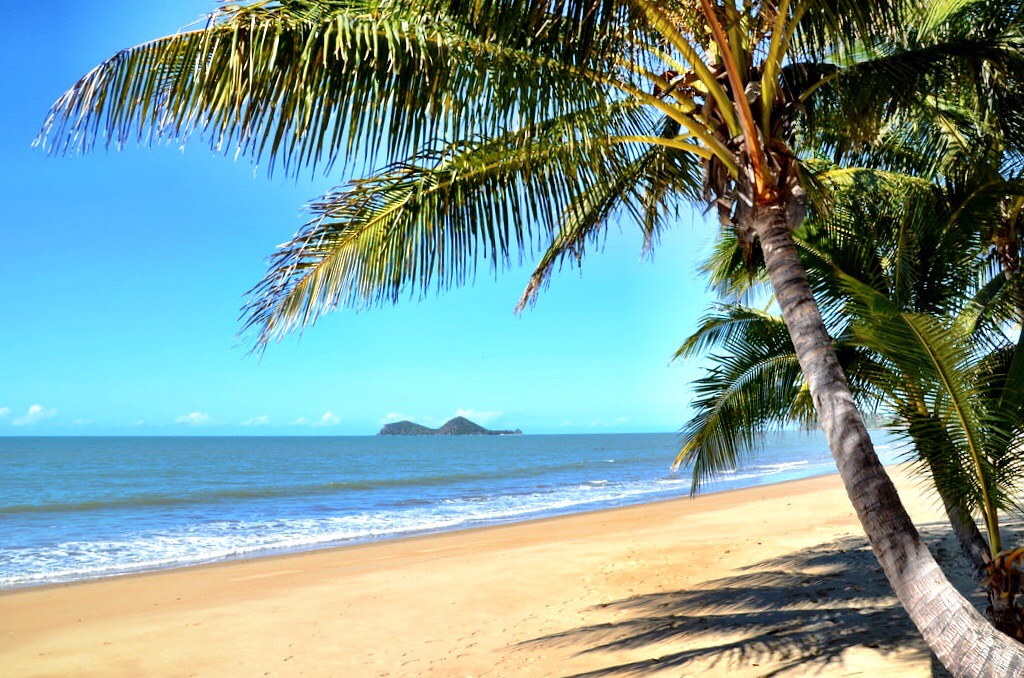 The Tropical North of Queensland is a vast area characterized by the state’s greatest attributes, the rainforest and the reef. The ancient Daintree Rainforest runs the length of the northern reaches of the state, right next to the beach in most cases. It’s from those beaches where thousands access the massive Great Barrier Reef every year, giving rise to the slogan Rainforest to Reef. It’s more than a clever tourism saying though; it’s the truth and is just one attribute that makes traveling around the Tropical North so much fun. For me that enjoyment started almost as soon as I left Cairns, passing by near perfect stretches of sandy beaches, stopping off along the way to pinch myself that these were just the “ok” beaches in the hierarchy of Queensland’s tropical retreats. Anywhere else in the world, and they’d be tourist destinations in their own right instead of rest stop backdrops. It was a peaceful and pleasant drive, and just reinforced my belief that renting a car in Australia isn’t just nice, it’s a necessity if you really want to get out and explore.

It’s also a short drive from Cairns to Port Douglas, about an hour – more if you stop frequently as I did. The plan was to spend some time getting to know Port Douglas, grab some lunch and then drive to my final destination for the day, the luxury retreat in the jungle – the Silky Oaks Lodge. It was a good plan, it made sense to me and I was excited to see more of the state. Then I got lost. Not any type of lost though, I was technically in Port Douglas, where I was supposed to be but trapped in what can only be called round-about blindness. I was stuck meandering through suburbs of vacation homes and rentals, one bad round-about decision leading to yet another until it became a cascading effect, leaving me in the city where I wanted to be, but not any where I needed to be.

Eventually, following the aroma of suntan lotion and fried food, I discovered by chance the main street of downtown Port Douglas and immediately I knew that this was no Cairns. The leafy street was full of shops and restaurants, sure, but not in the gaudy way that I found in Cairns. No strip clubs or casinos dotted the landscape, instead I slowly drove past high-end boutiques, lovely cafes shaded by large trees and a lot of people meandering along the sidewalk, grins permanently affixed to their faces. I had found my people, I was in yuppie heaven and I couldn’t have been happier.

Like so many other Australian towns, Port Douglas begun life in the 19th century when gold was found nearby. Life fluctuated in this small town over the years, but by the 1960s it was little more than a nicely situated fishing village. Then, in the 1980s and ‘90s, some smart developers realized the potential and starting to invest in hotels and infrastructure eventually evolving to the great beachside retreat it is today. The active heart of the community is Four Mile Beach stretching from rocky headlands, it’s a massively wide beach and is one of the main reasons why people visit in the first place. But I barely stepped foot onto that beautiful beach. No, instead I was much more interested in the town and community itself. 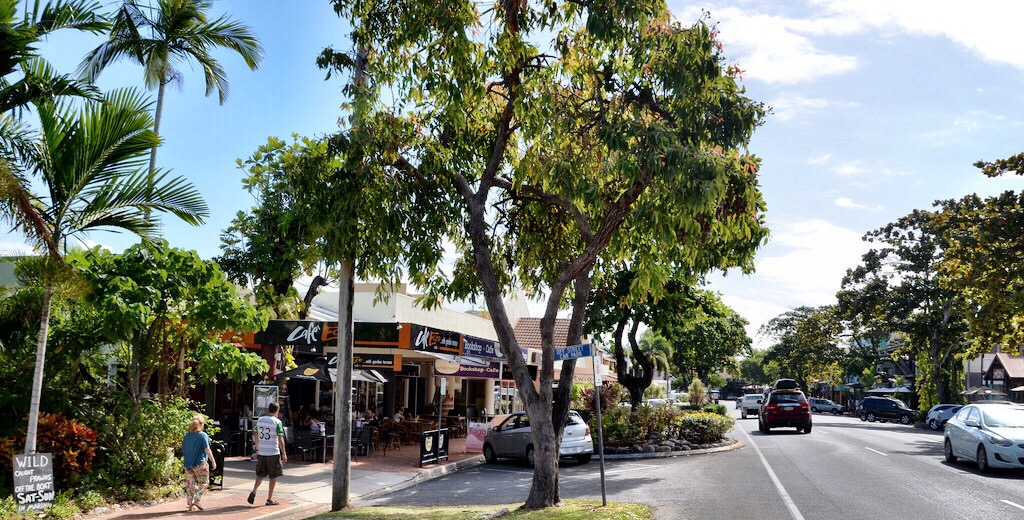 Walking down Macrossan Street, the hive of activity in Port Douglas, I noticed a little bit of everything. Restaurants ranging from high-end to simple beach fry-ups, boutiques selling the latest fashions next to racks of flip flops, bars, ice cream stands – you name it, Macrossan has everything that a proper beach town should have. Except for one thing, it wasn’t as gaudy as so many others around the world. Maybe it was the tree-lined street or the pastel colors of the buildings, but everything had a design to it, a look that was more elegant than normal. It was the kind of community where I could see myself vacationing, relaxing at a coffee shop or just going for a walk. Crazed drunken 20-somethings were nowhere to be seen, no backpackers could be found and instead professionals, couples and families crowded the sidewalks. It was nice and maybe as I get older I appreciate these enclaves of civility more than I ever have before. There’s a time and a place for everything, and drinking contests and half-naked people aren’t for me anymore. No, instead when I relax I want to actually relax in a peaceful and calm environment and for me at least, that’s what Port Douglas was all about.

I did more than eat and wander around the few blocks that comprise the downtown of course. Staying at nearby Silky Oaks (just about 20 minutes away) I found myself in Port Douglas a lot, as the only sign of civilization in the area it became a star player during my trip. My partner and I returned for dinners, activities and to pick up supplies. My favorite experiences there were both what one would expect and some surprises, including these three.

I was a little dubious as I drove up to the Wildlife Habitat in Port Douglas; it didn’t necessarily look like a reputable animal care facility, but luckily those first impressions were very wrong. It’s not a zoo, as the staff will quickly remind you, instead it’s meant to be a wildlife immersion experience. Committed to rescuing and preserving native species, the habitat takes in hundreds of sick or injured animals every year before releasing them back into the wild. Visitors can get a firsthand look at these efforts by joining a special wildlife care behind the scenes tour. Led by one of the expert keepers, guests literally get to go behind the scenes to see some of the animals housed at the habitat, visit the clinic where they’re treated and learn more about the width and breadth of wildlife found in Queensland’s north tropics. The tour also includes a normal walk around the enclosures – immersive habitats that painstakingly recreate the ecosystems from which the animals come. From cuddly roos to the elusive Southern Cassowary, it’s one of the best ways I’ve seen at both showcasing and preserving animal species anywhere in the world. 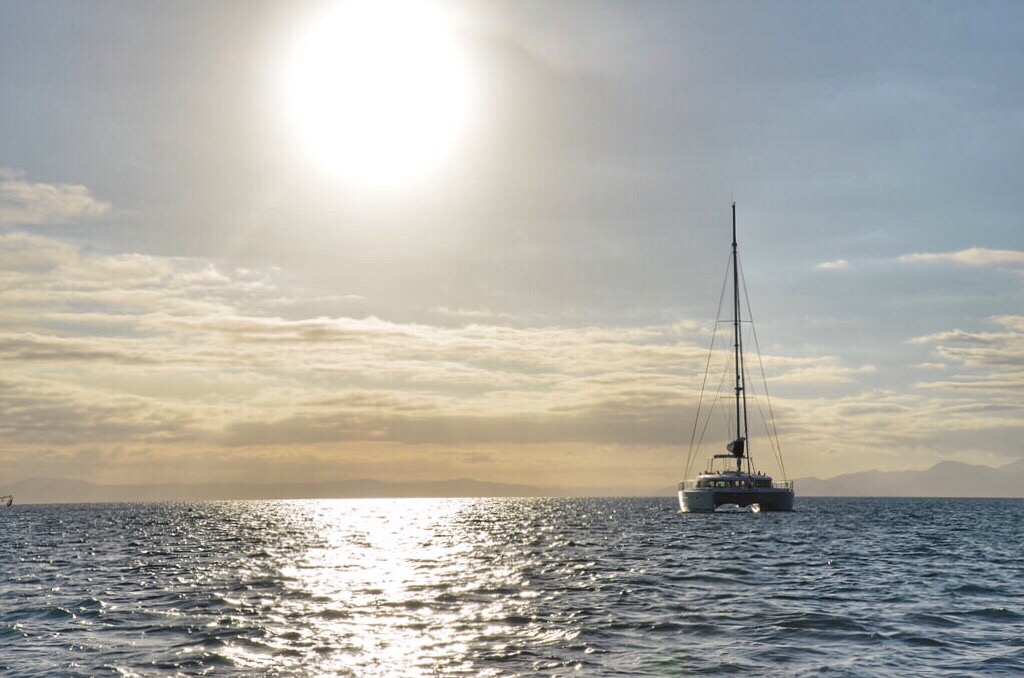 Getting out on the water and visiting the Great Barrier Reef is a highlight for most visitors to Port Douglas, especially if you join a luxury Sailaway cruise. Not a party or booze cruise (which I hate) by any stretch of the imagination, Sailaway excels in small group trips out to the Low Isles and the closest access point for the Great Barrier Reef. Groups are kept purposefully small, and that’s how my partner and I found ourselves on a beautiful catamaran with just 8 other people as we cruised out on the open water. On the way to our island destination, an attendant served drinks and snacks while I sat on the top deck, letting the warm breeze rush over me. Arriving at the island we had it entirely to ourselves, as private a beach experience as you could ever hope for. It was a wonderful afternoon full of fun, adventure and laughter – lots of laughter. On the way back more snacks and drinks were served as the now close-knit group toasted the sunset with enthusiasm. It was an elegant and luxurious way to spend time on the water and is an experience I don’t just recommend, but which I’d repeat in a heartbeat. 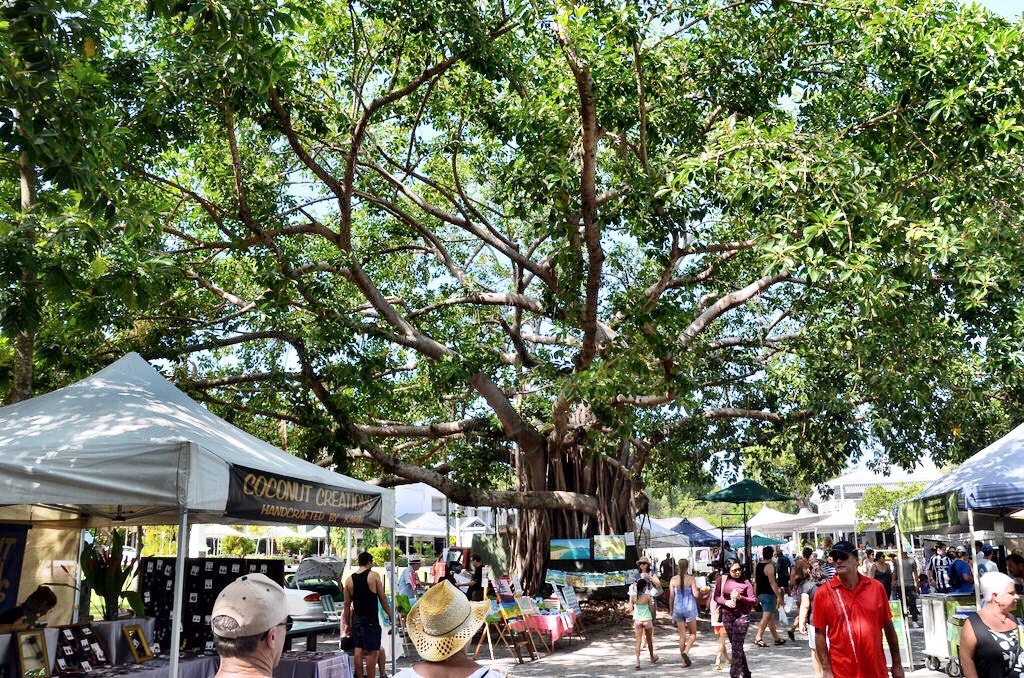 By luck and chance, my trip perfectly coincided with one of the biggest events on the Port Douglas calendar – Carnivale. No, this isn’t a pre-Lenten celebration; it’s something much stranger but just as much fun. This annual 10-day celebration is simply a great way to highlight all things Port Douglas. Parades, dinners, carnival rides, tournaments, it’s a little bit of everything and is just a lot of fun. It originally started as a way to mark the start of the locally important sugar cane harvest, but it’s now turned into something much more and is also the unofficial start of the tourist season. More importantly, it brings the local community and visitors together in fun and games, as I experienced the night of the big parade. Local businesses spend days, even weeks, creating floats and displays for the parade that winds its way down Macrossan Street. Standing there cheering on the passing trucks with their ribbons and garland I felt like I was a part of something, instead of just a stranger. I was, for that evening at least, a part of the Port Douglas community, a rare feeling when we travel and it was easily one of the great highlights of my time spent there.

Of course there’s a lot more to see and do than just these three experiences, and we did everything from train rides to visiting nearby Mossman Gorge in the mighty Daintree Rainforest. My visit to Port Douglas was about a lot more than what I saw and ate though; it was about that special feeling I got while I was there. It’s nothing tangible, it’s the ethereal part of travel but from my experience, when these moments happen they are to be treasured for the rare and special events that they truly are.

Have you been to Port Douglas? What did you think?

3 thoughts on “An Unlikely Love For Port Douglas, Australia”