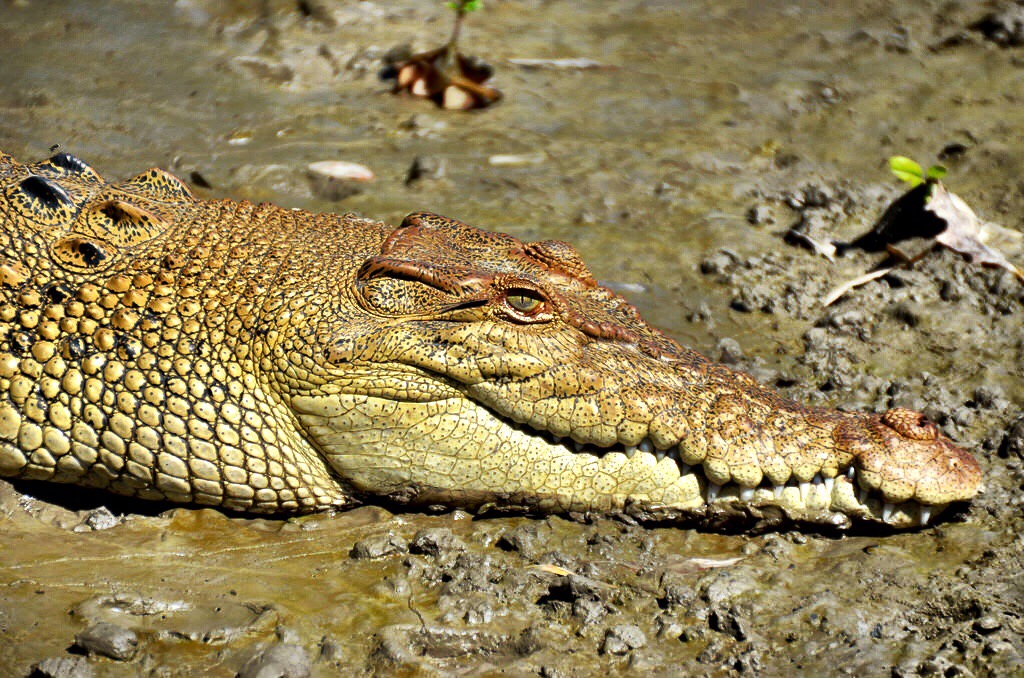 I love animals and whenever I travel I try to incorporate wildlife experiences into my trips as much as I can. It can be hard though to know which ones are ethical and sustainable and which ones actually harm the animals in question. It’s an issue I’ve long grappled with and have tried to educate the public about as much as possible – like this post on elephants in Thailand. But in Australia it’s a little different. Not only are there some fairly robust laws in place protecting many animals from maltreatment, but Australians also truly love and respect the wild nature all around them, especially when it comes to their quirky and sometimes downright bizarre animals. Queensland in particular, thanks to its unique commingling of tropical waters, rainforests and even dusty outback, has as rich a diversity of wildlife as anywhere on the continent. Of the many wildlife experiences in Queensland though, these are some not to be missed encounters.

While it may terrify outsiders, the reality is that the world’s foremost predator does indeed call Australia home – the saltwater crocodile, or salties as locals call them. There are many ways to see these impressive holdovers from the Jurassic, but in this case you do need to be careful which experience you decide to join. Stay away from farms and other captive ways to see these mighty animals and instead join a tour like the one I did just outside of Airlie Beach in the Whitsundays, the Crocodile Safari. It’s hard to believe that just a few miles from the turquoise blue waters that make the Whitsundays so famous is an entirely different kind of ecosystem, muddy rivers and marshes that are just as important as the reefs offshore. It’s in these waters where the crocodiles have lived for millennia and it’s also where the Crocodile Safari first started business back in 2000. From the very beginning, the owners wanted to offer a quality ecotourism experience and after my day on the water with them, I’d say that they’ve succeeded. Joining an expert guide, the group boarded a special boat and set down the river, waiting for our first sighting of the famous, and slightly scary, crocodiles. Apex predators in every sense of the word, they’re not an animal you’d want to meet while swimming. From the safety of the boat though we caught our first glimpse, but of baby crocodiles – hatchlings – as they learned to explore the world around them. The advantage in using a company like Crocodile Safari to discover the crocs in their natural element is that the guides have more than a decade of experience and understand the habits of the crocs, where to find them and what to share with guests. Over the course of a few hours we did indeed see many adult crocodiles, swimming along lazily or just sunning themselves on shore. It was a great experience to see what are fundamentally beautiful animals not in a zoo, but out in the wild, living their lives without interference from anything else. It’s also a quintessentially Queensland experience that far too many tourists forget to include in their travels around the state. 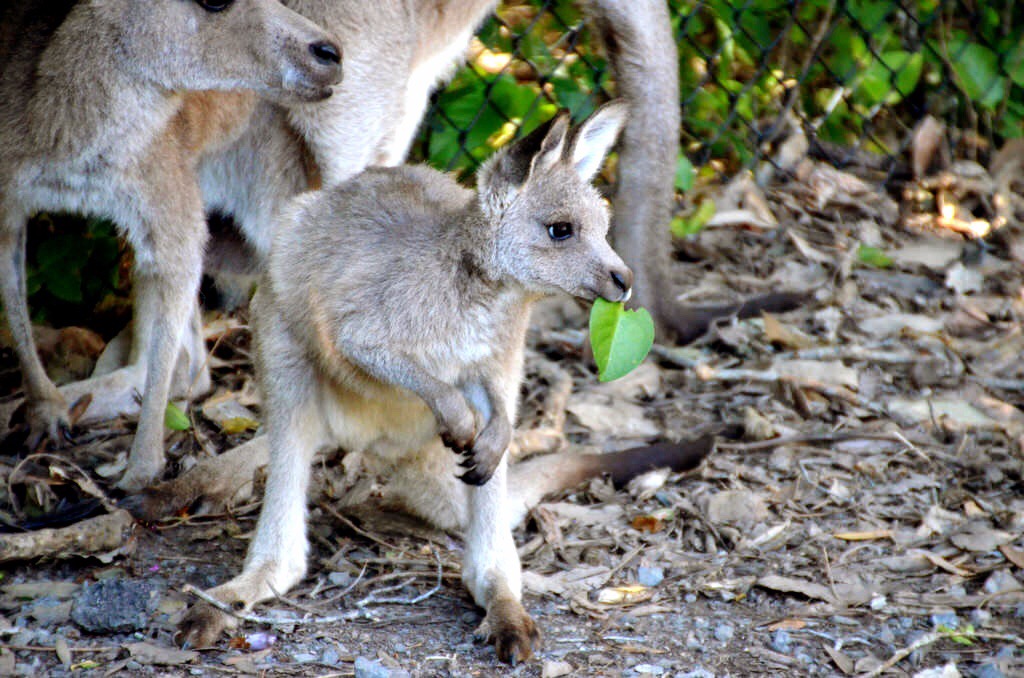 I’ve evolved over the years on the issue of zoos and aquariums and for the most part, I don’t like them. I know the counter-arguments, that the research they conduct actually helps preserve species, but I can’t help but feeling that it just doesn’t seem right. Sanctuaries and refuges are different, usually, and it’s their focus on aiding and protecting local wildlife that draws me to them time and time again, just as I was when I visited the Currumbin Wildlife Sanctuary along the Gold Coast of Australia. A heritage listed establishment, the Sanctuary has been helping animals and educating visitors for almost 70 years. Today it’s home to a wide variety of native Australian animal species as well as a hospital where they take in thousands of sick or injured animals every year. Yes, animals are in enclosures and thousands of visitors crowd around them each year. But it’s an establishment that has, since the very beginning, been all about protecting native wildlife and trying to find ways to integrate them into the human population explosion found around the state. It’s also a way for people to learn more about them, because once we see and even touch an unfamiliar animal, we can’t help but feel responsible for it. The Sanctuary has a lot of educational programming options for all ages and a personal favorite experience was to hang out with kangaroos for the afternoon, feeding and even petting them as they slept under leafy trees.

It’s hard to mention Queensland and not talk about the Great Barrier Reef. One of the great natural wonders of the world, for many it is (rightly so) a must-do experience on their trip to Australia. As I’ve shared in other posts, visiting the Great Barrier Reef didn’t just meet expectations, it far exceeded them and a big reason for that was the amazing abundance of wildlife found around the reef itself. Actually a series of nearly 3,000 reefs spanning 1,400 miles, there are many different places to see the reef, but I opted for the beautiful Whitsundays. Joining the company Cruise Whitsundays, I set out for a 1-night, 2-day Reefsleep experience where I slept on a pontoon boat next to the reef itself. While the experience was amazing, the real advantage was the opportunity to snorkel almost alone in the quiet hours before sunset, exploring the reefs without interference. I’ve snorkeled all over the world, but nothing prepared me for the abundance of fish and other creatures I saw along the Great Barrier Reef in every size and color. Every few feet that I swam the scenery changed dramatically, ensuring a constant variety of beautiful things to observe. It’s a remarkable experience that more than lives up to its promise and is a travel goal that everyone should try to achieve at least once in their lives.

I was a little dubious as I drove up to the Wildlife Habitat in Port Douglas; it didn’t necessarily look like a reputable animal care facility, but luckily those first impressions were very wrong. It’s not a zoo, as the staff will quickly remind you, instead it’s meant to be a wildlife immersion experience. Committed to rescuing and preserving native species, the habitat takes in hundreds of sick or injured animals every year before releasing them back into the wild. Visitors can get a firsthand look at these efforts by joining a special wildlife care behind the scenes tour. Led by one of the expert keepers, guests literally get to go behind the scenes to see some of the animals housed at the habitat, visit the clinic where they’re treated and learn more about the width and breadth of wildlife found in Queensland’s north tropics. The tour also includes a normal walk around the enclosures – immersive habitats that painstakingly recreate the ecosystems from which the animals come. From cuddly roos to the elusive Southern Cassowary, it’s one of the best ways I’ve seen at both showcasing and preserving animal species anywhere in the world. 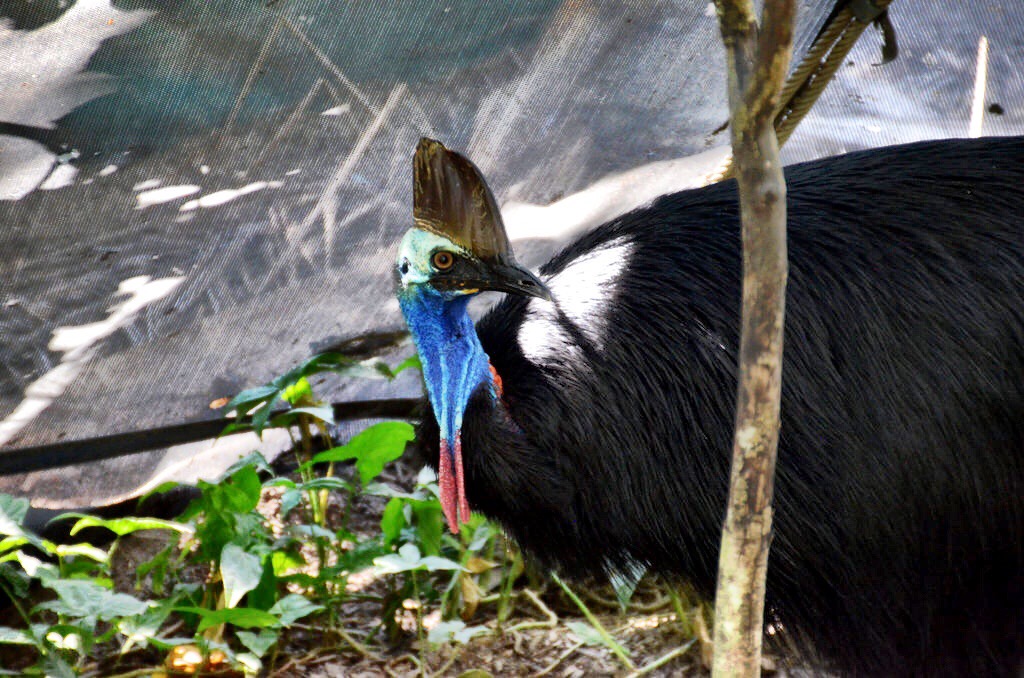 Of course one of the great aspects of traveling around Australia is the opportunity to see its beautiful wildlife, although there are some you wouldn’t necessary want to meet in the wild. One of the most elusive of which is the cassowary. A mysterious creature, the cassowary is one of the biggest birds in the world and, sadly, also one of the most endangered. Scientists think that only about 1,800 are left in the wild, most of them found in the tropical north of Queensland. Over the years, loss of habitat, car strikes, hunting and even dog attacks have greatly reduced their numbers and they’re in real danger of extinction. That would be a tragedy in every sense of the word, since they’re what scientists call a keystone species. Fruit-eaters by nature, it’s this culinary peculiarity that gave life to the massive tropical rainforests found around Queensland, the oldest in the world. Without the cassowary, the rainforest and the thousands of species of animals that depend on it would all suffer. I saw two in the rescue facilities I visited, but I never expected to see one in the wild – and then I visited Cape Tribulation. A remote national park, Cape Tribulation is as rural as it gets, forested by the thick jungle so important in this part of the state. While driving along the windy mountain roads I noticed that a van was stopped ahead so I slowed down and that’s when I saw it, the impossibly rare cassowary. The sighting lasted only a few seconds; I saw the flash of color that makes it so famous before it ran back into the jungle. I couldn’t help but wonder with the massive rainforest to call home why it was on the road, but I was thankful for that rare glimpse at one of the most unique creatures on the planet. That’s one of the great aspects of traveling in Queensland, you just never know what you’re going to find.

Wildlife experiences may not be important to all tourists, but if you love animals like I do then Queensland is a great place to get that important fix of animals and conservation education.