It’s been a while since I’ve written a post about entrepreneurship and motivation, and like all the others I’ve penned before the impetus for this one came from a very specific source. The other day I received an email from someone looking for some advice. Not unusual, it happens all the time. This one was a little different though, in it she wrote that she wants to travel but has to find a boring job to pay off her student loans and wanted to know the secret to being able to travel. Another one a few weeks ago wanted to leave college in order to travel the world. And so on. I get really upset when I see these emails because I know when I tell them the truth, they either won’t believe it or will just ignore me. Truth is immutable though and the fact is that yes, Virginia, everyone has to work. Sorry about that.

Naturally I blame the Internet for the situations it has put these kids in. On the one hand I can relate, I too have always wanted to travel but really didn’t see any way of accomplishing that goal other than through work hard and saving money. In today’s social media frenzy though, it’s easy to spend just a few minutes either on Facebook, Twitter or Instagram and discover dozens, probably hundreds, of people who seem to be traveling all the time. Not just a trip here or there, but ALL THE TIME. And yes, it’s true, there are many people like that. They’re either on a gap year, sabbatical or who knows what. What many people don’t realize is that yes, even these seemingly carefree vagabonds work – well, at least most of them.

While the Internet has led kids to make some pretty horrible decisions, it’s also enabled an army of people in a wide variety of industries to work from wherever they want. Although I call Washington, DC home I could, technically, work from anywhere in the world. It’s called being location independent and it’s not just itinerant gap year kids who do it, in fact the most successful location independent folks are ones you’ll probably never hear about. They work in any number of fields but all have one thing in common – they are free to work from any desk in the world. But work they must, it’s a sad part of life I guess that we need money to live but guess what? We need money to live. When you see younger bloggers on the road, living a carefree life you should know a few things. First, their lives aren’t carefree. Remember, what is shared on social media is usually very carefully selected in order to maintain a brand image of some sort. I don’t share pictures of me spending 5 hours in a dreary hotel room working on a project not because I want to hide anything, but because it’s really boring. The same holds true for them, in most cases. For other folks, they have scrimped and saved (by working) and are now on a 1-2 year jaunt around the world. Unless something drastic happens in the world though and we no longer need to trade slips of paper to obtain things we need to live, then they too at some point will have to find another job.

But just because those flip flop wearing, carefree 20-somethings have to work doesn’t mean that it has to be in a job that I have before labeled as soulless. In her email to me, the reader said she didn’t want some “boring job.” I could just imagine her stomping her feet and pouting as she said it. I’m not going to turn this into a rant against Millennials, but the harsh truth is that for most of us, vast swathes of our daily lives are indeed boring. What’s important is to define what work means to you and then to pursue it. Yes, I worked in a job I didn’t like for more than a decade because I felt like there was no other option, but we always have options. I transitioned, slowly, to a job of my own design but at the end of the day it is still very much a job. I’ve held a lot of jobs in my life but I have never worked harder than I do now. I love it, don’t get me wrong, but if I’m awake I’m usually working – there’s always something that can be done. So while it may look like I, and others like me, spend our days on the beach sipping Mai Tais, nothing could be further from the truth. Is it an amazing job? You bet, no doubt there, but it is very much a job and we are entrepreneurs. What’s important isn’t to figure out how to avoid work, that’s never going to happen, instead what you need to do is to find your passion and then pursue it. 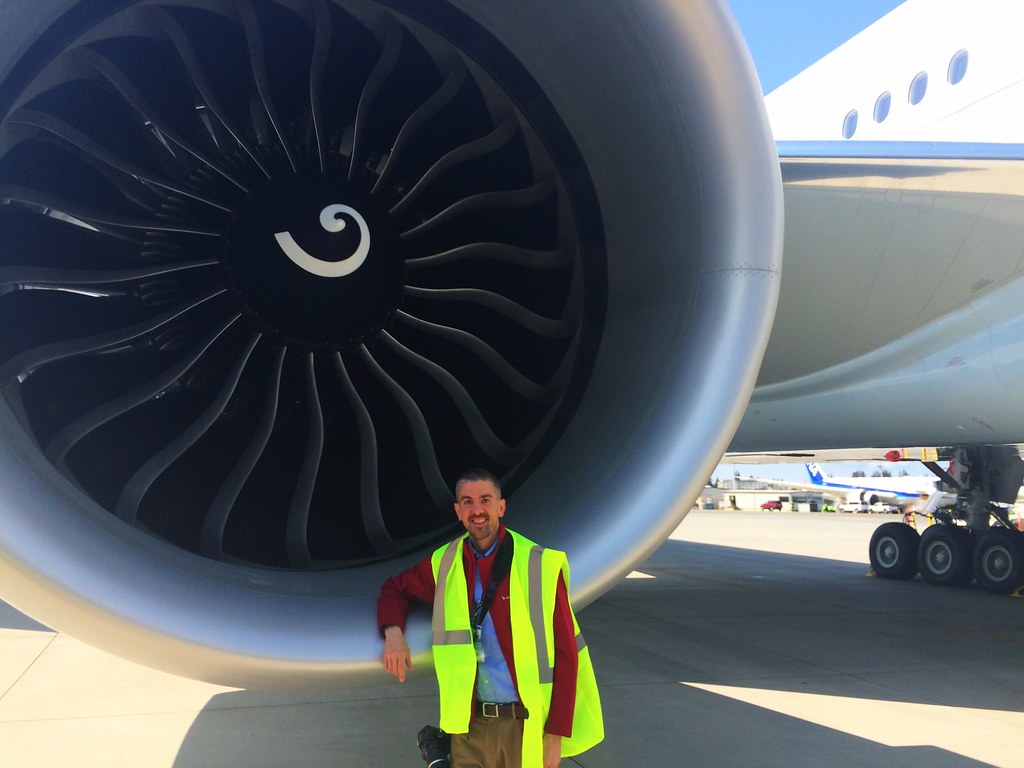 Another problem that I had with the email seeking advice on how to ditch work and travel the world is that for most people travel isn’t their passion. Would they like to see other countries, spend time on beaches and discover exciting new cities? Of course, most people do. But it’s not their passion in life; it’s just something they want to do, whether it’s for a few weeks or even a few years. No, in order to work as I do in the travel industry, it has to be what you think about all the time, it has to be your one true love, it has to be all consuming. But ultimately, that’s what a job should be for any successful person.

Success is a weird thing; at the root of it is a lot of hard work, intelligence, luck but also passion. In fact, I’d hazard to say that passion might be the most important part of the equation. If you want to lead a happier life, then you first need to discover what drives you, what are your passions. This isn’t as easy as it sounds, but once you do identify it then you need to do everything in your power to make it a big part of your life. At that point you won’t complain about “boring jobs” because they won’t be boring. They will be what you care about more than anything else, they will help you lead a life that is whole instead of just a shadow of an existence.

As soon as you convert your passion into something that makes you money, some of the fun is inherently lost. Photographers do not enjoy sending invoices to clients for the third time and chefs probably don’t relish the physical toll their jobs take on their bodies. That’s why it’s important to actively find ways to continue making your passion exciting and new so that it stays your passion and doesn’t become yet another chore. For some, this may mean teaching others how to do what they do and still others may find new avenues to expand their professional skills, adding some diversity to their portfolios. Whatever it is that you do, you are the only one who can work to continue making it fun. Never lose sight of what drew you to it in the first place.

Don’t forget how lucky you are. Recent surveys show that up to three-quarters of American workers are not happy with their jobs. I hate that number, but I can also understand that number. I was there, I get it. I was in a profession I hated for 12 years and it finally took fate intervening before I realized how much I hated it. But I’m an extreme example; not everyone can leave a good paying job and take the risk of making little or no money for up to a year or longer. A better example is my own partner. He too found himself in a job that even though he enjoyed, it took a tremendous physical and mental toll on him. It was just too much and we both worried that his body couldn’t keep up with the constant demands. What he did was to find another job in the same profession, which he really enjoys, but one that has better and more manageable hours and expectations. He left a job that afforded ZERO work/life balance and replaced it with one that allows him time to relax and enjoy life. We sacrificed a little to do this, but it was an important change. He’s following his passions, but not losing sight of what’s really important in life. This perspective is key. You have to be able to look at yourself objectively and tweak your situation in ways that allows you to be happy, productive and passionate about life. It’s not easy, and not everyone will take the time to do it, but it’s vital if you want to lead a happier, healthier life.

Finding and living your passion isn’t easy, but it’s also not the leap many may think it is. It doesn’t mean you have to sell your house and travel the world. Living a happier life may mean slight changes in your current life that make you more content. Regardless of what needs to be done, it’s important to take that first step and make it a reality. Life is brutally short, a fact that has been demonstrated to me in hard lessons recently and I know how important it is not to squander our time on this planet. Be selfish, find a way to start living a purposeful life and in the process I bet you’ll also improve the lives of those nearest and dearest to you as well.

In closing, thank you Virginia for your kind email and I’m sorry to be so blunt, but someone needs to be. There are no shortcuts in life, sometimes you have to pay your dues in order to guarantee yourself long-term happiness but there are ways to combine a passionate life with a productive one, you just need to find out what that means for you personally and do everything in your power to achieve it.

7 thoughts on “Yes, Virginia, Everyone Has To Work – Reality of Location Independence”