Even the nicest of hotels and resorts around the world don’t usually warrant more than a smile and perhaps a recommendation. They’re great, don’t get more wrong, but many aren’t experiences per se, they’re just places to sleep. Then there’s another class of property – I can’t call them hotels because they’re so much more than that – that in addition to providing a luxurious place to sleep create a total experience for their guests. Such is the case at Sababurg, the so-called Sleeping Beauty Castle. 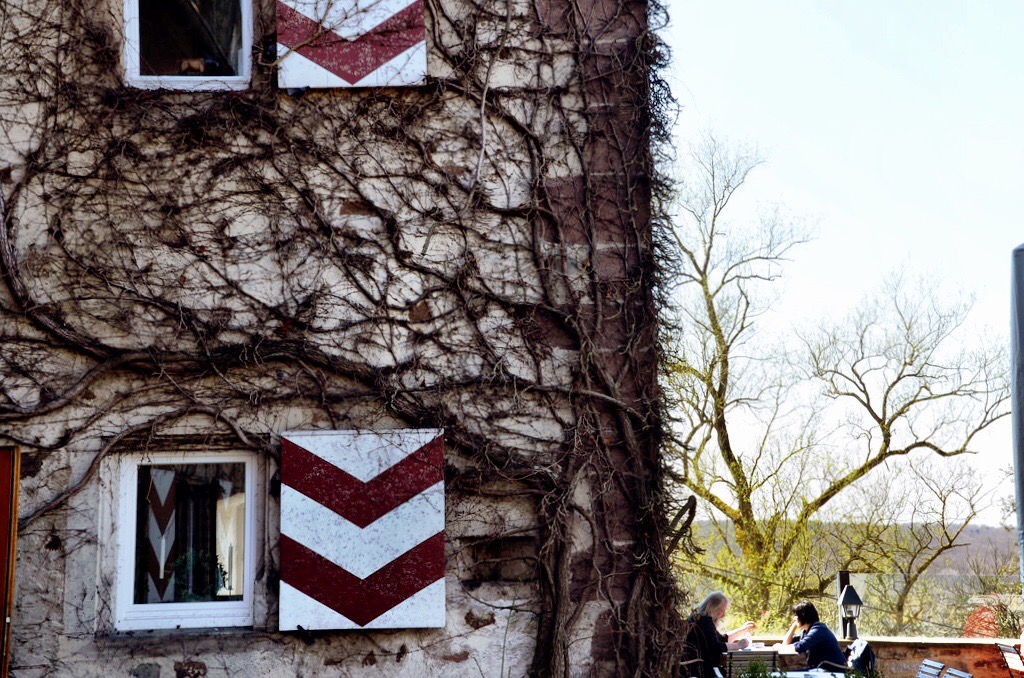 Recently celebrating its 681st birthday, this quiet estate about a 40-minute drive from Kassel, Germany, had far less grand ambitions when it was first built. Starting out no more than a tower to protect nearby pilgrims, it was later when the regional nobility turned the small defensive keep into a rustic but elegant hunting lodge. It then fell into disuse for centuries, collapsing into ruin and becoming obscured by plants and trees – most importantly of which was a long and high thorn bush.

This bush would become important in the life of Sababurg, defining it into the 21st century. The famous Brothers Grimm lived not far away from Sababurg in the city of Kassel, and it was well known that they used the surrounding forests, countryside and castles as a physical basis for many of the stories they chronicled. So it was locals in the 19th century, along with early tourists, who started scouting out the rolling hills of the region trying to match stories with their real-life counterparts. When they chanced upon Sababurg, practically enclosed by thick brush and that famous thorn bush it seemed too perfect – this had to be the Sleeping Beauty Castle.

Günther Kosek’s grandfather decided to take on the challenge of Sababurg in the 1950s, when it was completely in ruin. Selling drinks and snacks on a card table in front of the castle it was a simple start, but the business quickly grew. Successive generations, including the current, have spent years developing the property into a world-class establishment that incorporated as much of its past, real and imaginary, into the modern elements as possible.

16 rooms are available at the castle, all in one of two turrets and all designed with an amazing attention to detail. That was actually a recurring theme throughout my stay at the castle, the owner’s insistence on getting everything exactly right isn’t just nice, it alone transformed the stay into a truly memorable experience.

In the German version of Sleeping Beauty, the title reads as “Dornröschen,” which roughly translates to rose thorn. If you remember, Prince Charming had to pass through a massive ring of thorn bushes in order to reach Sleeping Beauty, a feat no one else had been able to manage. When he arrived though the bushes turned into roses, hence their extreme importance in the story. In the English version this highlight of the roses is lost, but once you arrive at Sababurg you’ll see how very central roses are to the original story in German. 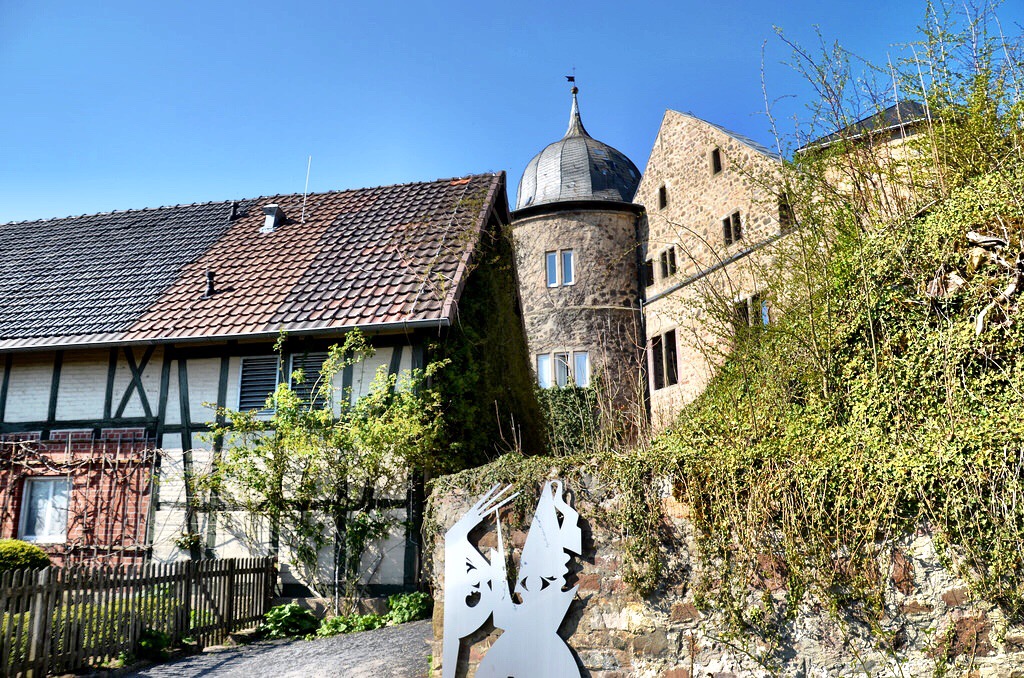 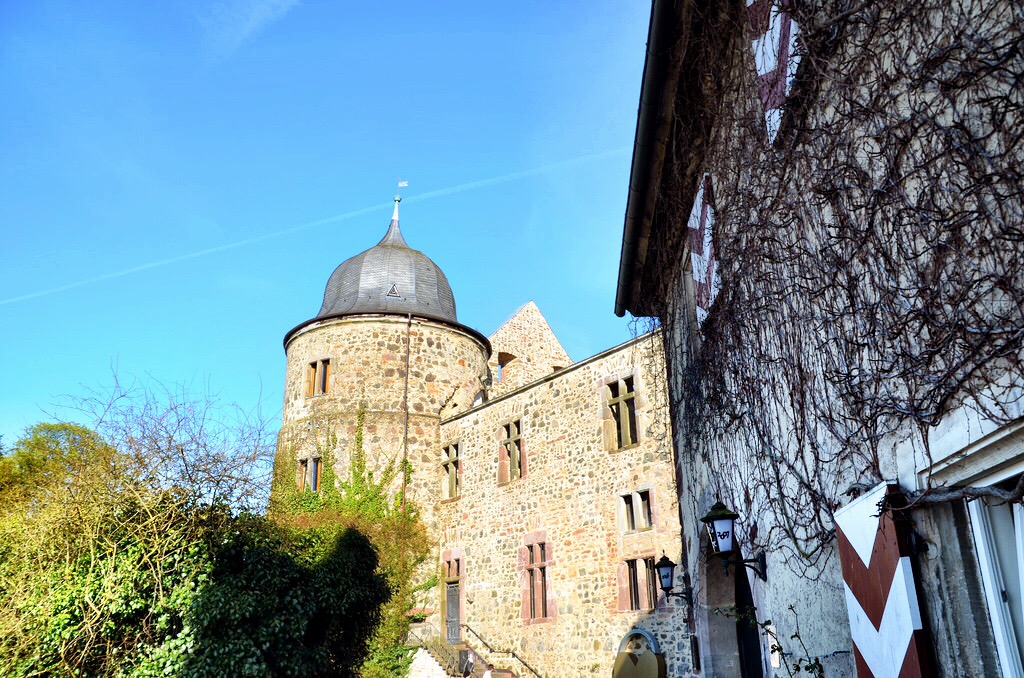 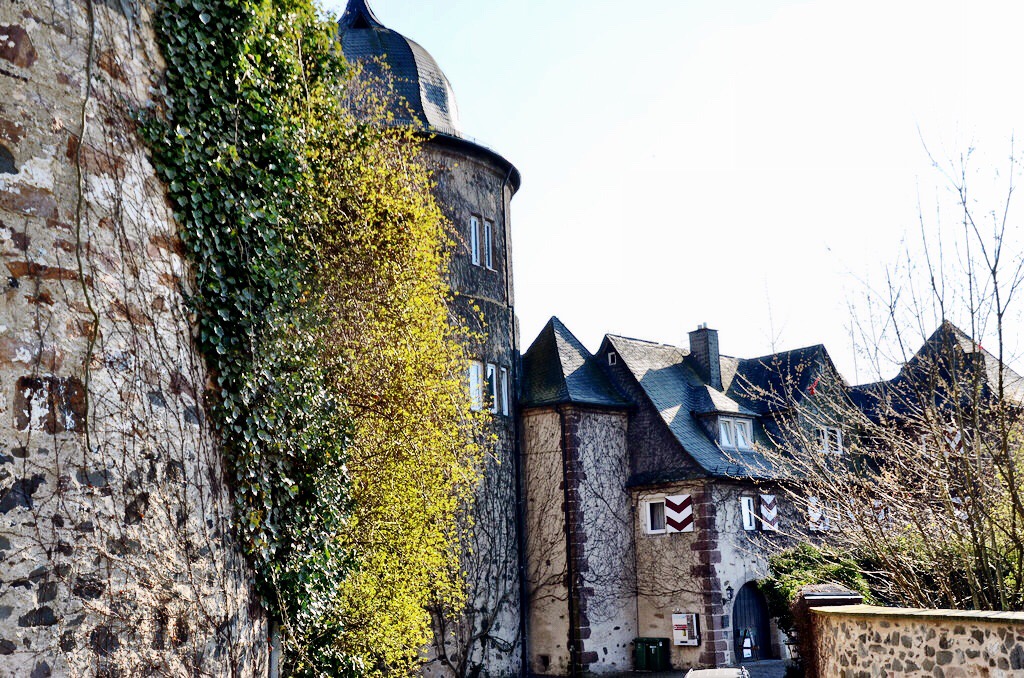 Roses are everywhere and even if you don’t visit during the few months in which they are in bloom, the trellised vines are impossible to miss. More than that, the owner has of course fully embraced the rose and you’ll find it everywhere from the soaps and shampoos in your room to a refreshing non-alcoholic rose spritzer offered throughout the year, but especially popular in the warm summer months. That’s not the only part of the castle’s history the owner has embraced – after all this castle was important well before the Brothers Grimm.

As a royal hunting lodge the nobility used Sababurg as a relaxing getaway for the guys; to hunt, relax, eat and drink. Each room was named after an animal – paintings on each door enabled the illiterate staff to decipher who stayed in which room. Günther has kept up this tradition and reproductions of the same paintings are on the doors today, offering a fun bit of historical accuracy. I was in the Reindeer room and throughout the turret chamber were small indications of the theme, old engravings featuring reindeer and a graceful stag on the pillowcase. The entire stay was like that – casual elegance and luxury that is comfortable and not stuffy, refined and not gaudy. 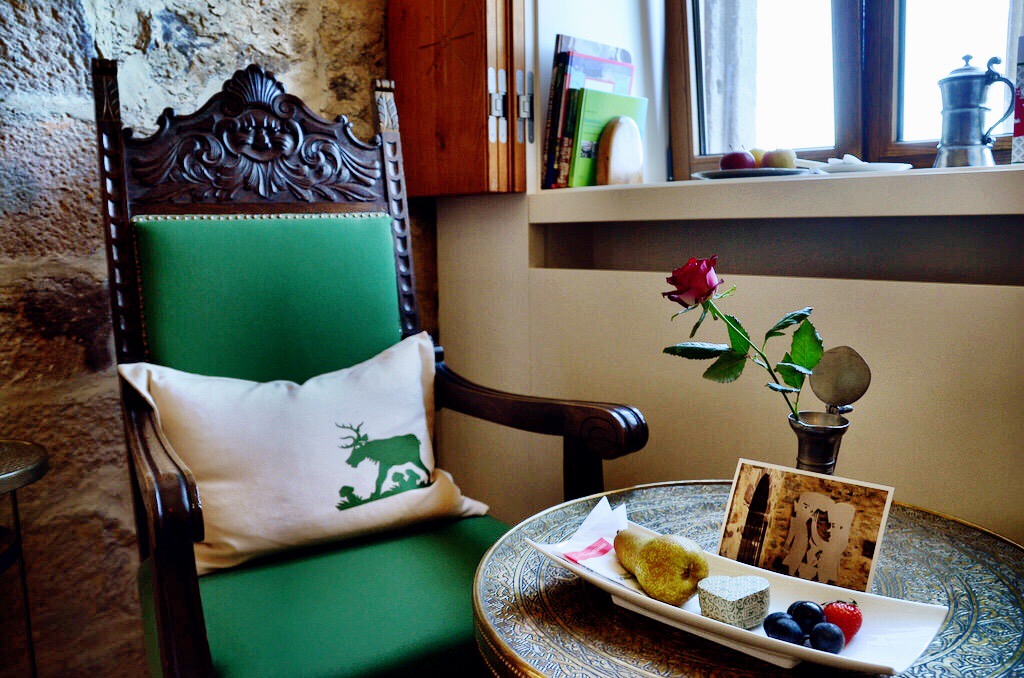 The rooms themselves are large and comfortable, and even details I didn’t know I wanted are accommodated. Unlike many other older hotels I’ve visited in Europe, each room has been thoroughly modernized from the air conditioning to the lights and outlets and a bathroom that, among other things, features a grand Jacuzzi tub. It was peaceful and relaxed and I quickly understood why so many people seek out the castle for a country escape. Looking out across the forested grounds from my chamber window, it was hard not to feel like a part of a fairy tale come to life; a remarkable accomplishment even for the Sleeping Beauty Castle.

The staff, the expertly crafted meals and of course the ambience of the castle itself made my sadly brief experience at the Sababurg Castle one I know I’ll remember for a long time. More than just a nice night’s stay, it was an immersive experience. As I walked around the grounds, following a specially marked path that superimposes the Sleeping Beauty story against the backdrop of the castle I started to believe. I believed that I really was at the famous castle of myth and legend, I bought into the feeling and instead of dismissing it, I let it envelop me. Rare is a hotel, even if it is a castle, that can transport a guest to a different place, especially one that is largely imaginary. Thanks to the exquisite care and talents of the Kosek family though, this is exactly what staying at the Dornröschen – Sababurg Castle is – a beautifully immersive experience that shares the tales of Germany and its storied countryside in a way that may just be completely unique and absolutely special.