I moved to the Washington, DC metro region in 2000, right out of graduate school. I moved here not from a fierce love of the city but because it just seemed like the right thing to do. Most of my friends from both undergrad and grad schools moved there and since I had two degrees in international politics, it also seemed like the only place in the country where I could find a job. I had spent some time in the city beforehand of course and in general I liked it. But I honestly didn’t know a lot about it before loading up my car and heading east. That turned out to be a good thing actually, because almost immediately I started to fall in love with the nation’s capital. Living downtown, I was a young professional and enjoyed an easy commute and a fun nightlife. Plus there was the physical beauty of the city, it’s hard not to feel a certain level of awe walking past the monuments at night, lit up and radiant. But over the years something happened, things changed and I fell out of love with my adopted hometown.

It was a combination of things really. I moved around a lot as a kid and that has resulted in a certain inability to sit still. I like the concept of moving to a new city every few years, but Washington DC stopped that forward momentum completely. Not only did I have a job that required my habitation in the city, but my partner had a similarly location-dependent occupation. Soon we bought a place in the suburbs and life started to roll along at a predictable, but enjoyable pace. But in the process, I only saw the local’s view of Washington, what I experienced walking from the metro to work everyday. On the weekends we avoided going downtown, wanting to relax instead at home and gradually stopped doing anything extracurricular in what is honestly one of the best cities in the country. DC evolved over those years, changing from a city on the edge to one that has had new life breathed into it, thanks in large part to future generations of young professionals seeking to change it for the better. 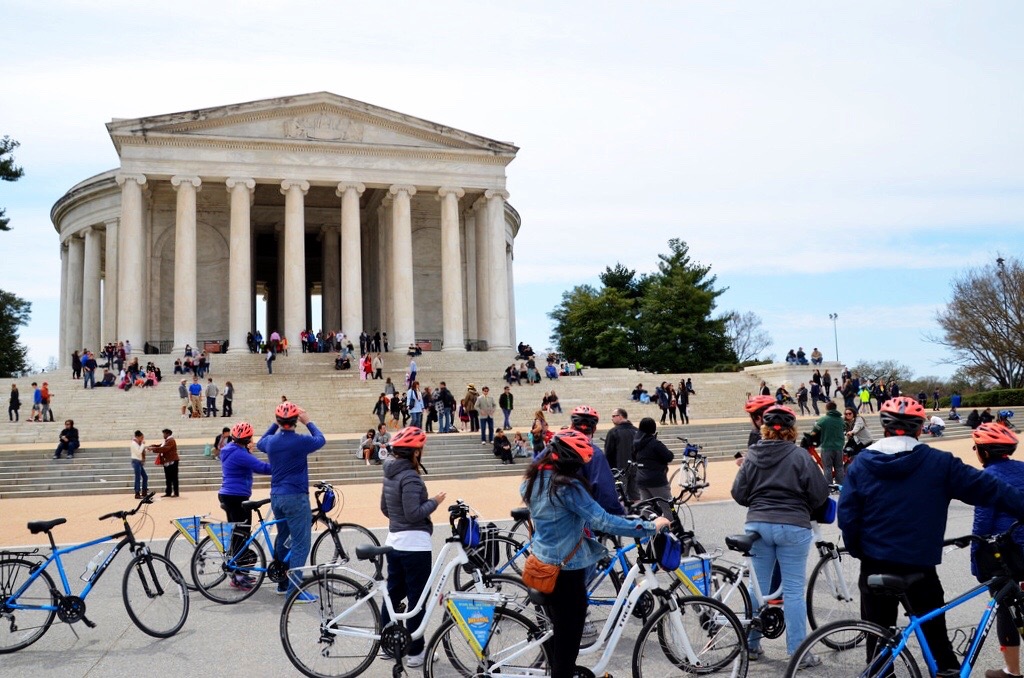 While I always liked Washington, I had lost that initial zest and love for it. I waxed poetically about it to outsiders, but never spent the time to actually explore it. On vacations and time off I found myself on far-flung continents, exploring the small details of cultures far different from my own yet here at home, I couldn’t be bothered to even spend an afternoon wandering around Washington. I realized all of this last year, and promised to do something about it, to once again be a tourist in my own city but of course, the daily rigors of life took over and I just didn’t get around to it. Then, a few weeks ago, the tour company Viator Travel, with whom I work from time to time, asked me if I wanted to take a tour in Washington so I could write about it for their web site. Excited at the opportunity to finally start working towards my resolution, I accepted and booked with them what is a classic DC experience – a Cherry Blossom Bike Tour.

The bike tour is only offered during cherry blossom season here in DC, an admittedly hard to predict event in the best of years. This was not the best of years. Thanks to a very rough winter, the peak blossoming of those simple cherry trees was once again thrown off schedule, leaving their actual date up in the air. As it turns out, I took the tour exactly a week before the peak date, but I wasn’t concerned, I was honestly more interested in the tour itself than those flowers. The tour was a simple two-hour jaunt around East and West Potomac Parks and the National Mall; arguably the most touristy part of town and one that I usually take great pains to avoid. But almost immediately I realized the importance of the tour for me personally as I climbed the steps of the Jefferson Memorial.

For as many times as I had driven by this, one of the country’s most famous landmarks, I had never actually visited it. I know, I know, I’m a horrible person, but I just never made the time to do it. That’s the problem with living in a tourism destination, we residents tend to ignore those elements of the city and in the process miss seeing and doing a lot of amazing things. I’ve always been a Jefferson fan and standing there looking up at his statue I felt proud, proud of my city and country and proud of myself for being there. Biking, as it turns out, is a wonderful way to explore DC and makes the distances between monuments easy and manageable. Our tour guide was a good one and tried everything to find a few blossoms for us, which he eventually did. The first inklings of those flowers were beginning to emerge and while I wasn’t at the Tidal Basin during the peak of the pink blossoms, it was still a beautiful sight. 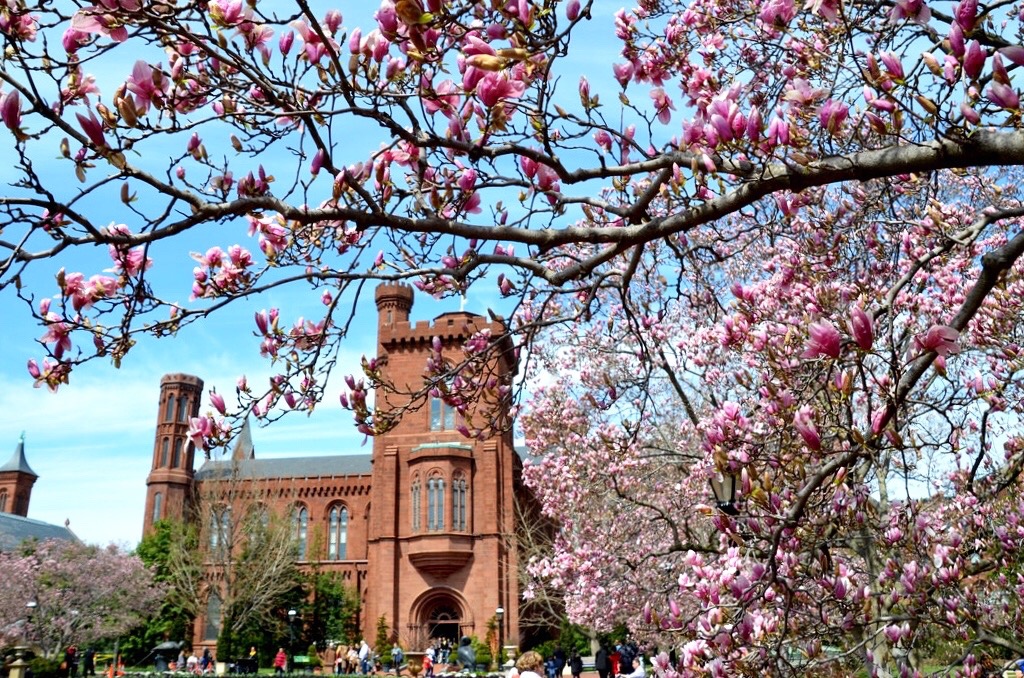 It was a warm spring afternoon and the Tidal Basin and National Mall were packed with people, locals and tourists alike, taking advantage of the break in weather to spend it outdoors. It looked like an advertisement for DC Tourism with families enjoying picnics, kids flying kites and dogs scampering around and I loved every minute of it. It was an immediate reminder of why I fell in love with the city in the first place and I felt like I was going home again.

A transient, government city, many newbies to Washington find it hard to connect to the city. I never had that problem per se, but I do think it’s the reason why I fell out of love with it. But on the bike ride I remembered everything I love about Washington, our amazing landmarks, generous green spaces and a special spirit that’s hard to define, but just feels right. It was a nice reintroduction to my city, an important lesson to stop ignoring it and instead to spend as much time there exploring it and learning about the city all over again.

I can’t say when I’ll head out into town as a tourist again, but I know it won’t take me years this time. That’s because that energizing love is back and honestly, I can’t wait to get out there and see how my city has changed and to learn some new reasons to love it.

Do you take time to tour your hometown?

2 thoughts on “Falling Back In Love With My Hometown: Washington, DC”