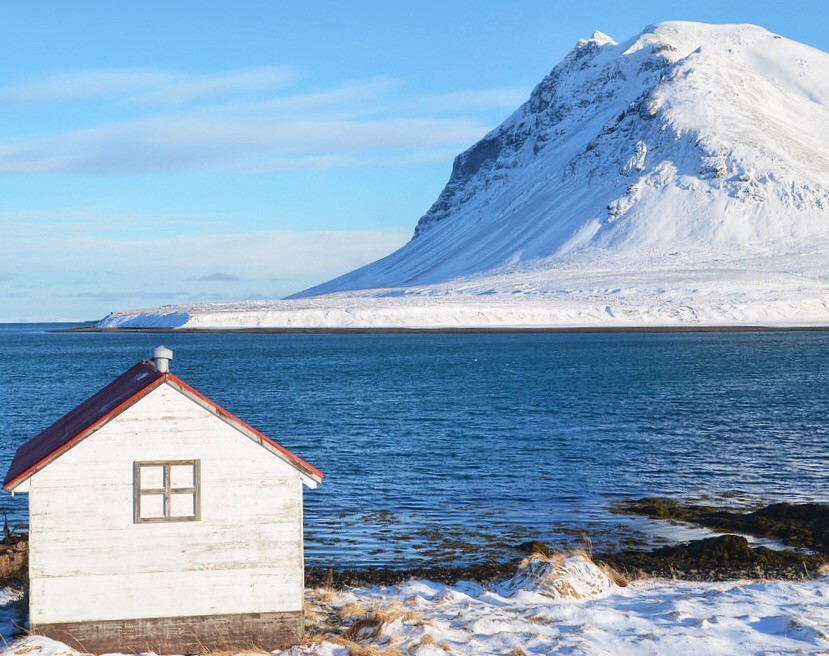 It’s been called Iceland in miniature, land of sagas and even one of the earth’s mystical energy points, but no matter what you believe there’s no denying that driving around the Snaefellsnes Peninsula in Iceland is one of the most beautiful driving experiences you’ll ever have. I was in Iceland on a short vacation, enlisting the services of Icelandic Farm Holidays for both our rural lodging as well as suggestions about where my partner and I should go during our time there. I had seen enough photos of this unpronounceable peninsula (I just call it Snuffleupagus for simplicity’s sake) to know that I had to drive around it myself, exploring it even in the dead of winter and instead of a frozen tundra I found one of the most beautiful wintery landscapes in the world. 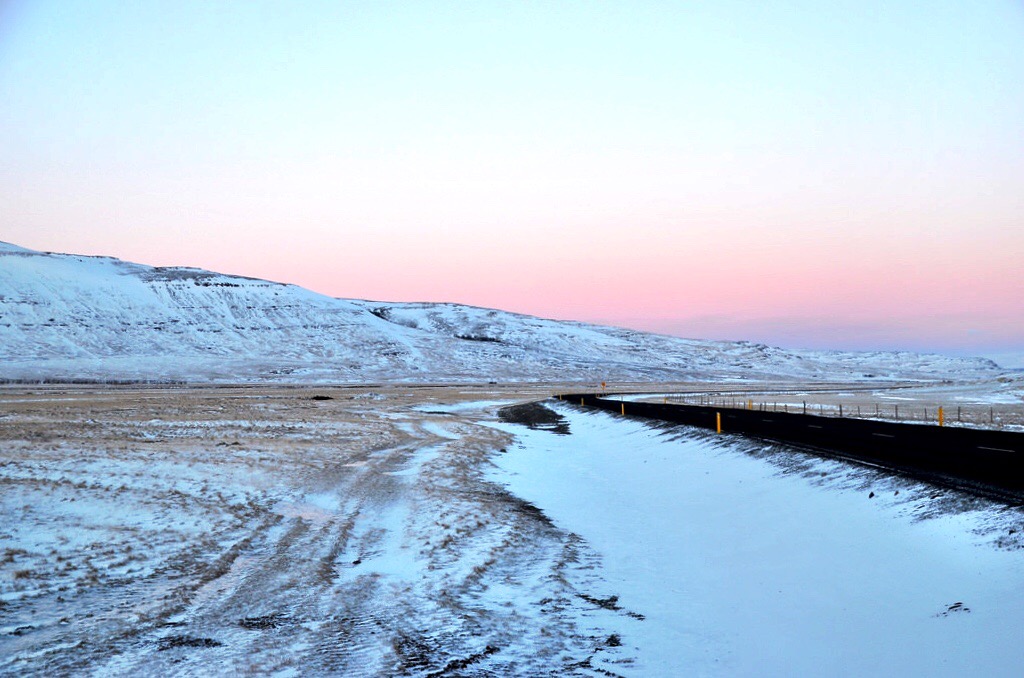 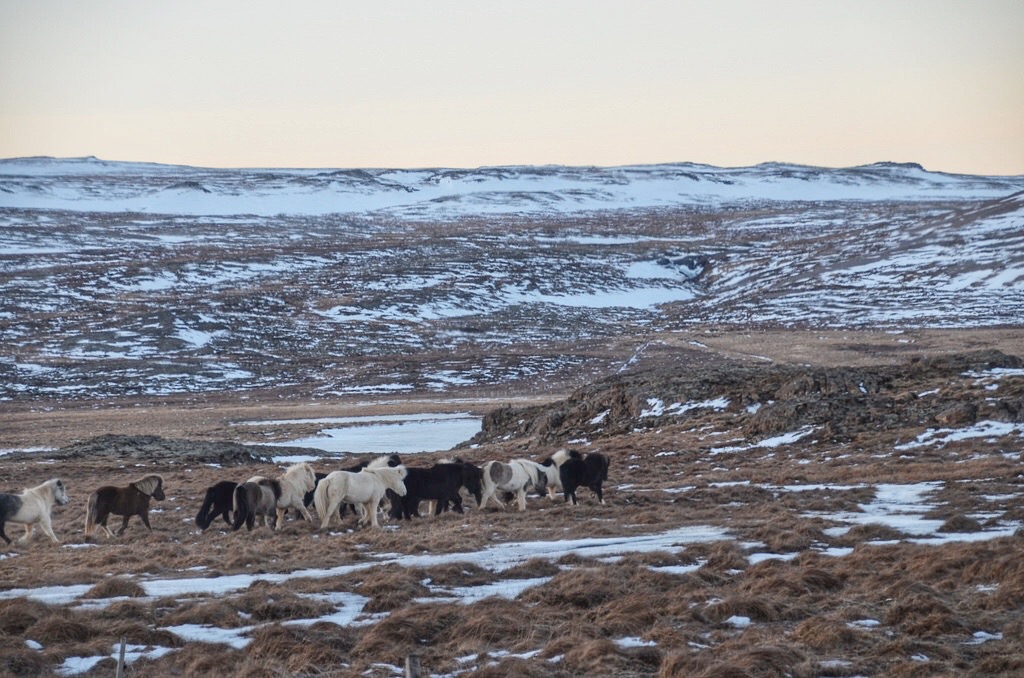 We had a long driving day ahead of us, instead of breaking up the drive into two days, we decided to tour the entire Snaefellsnes Peninsula in just one long day. Leaving our farm hotel we drove up and over a nearby mountain, the pink hues of the sunrise transforming the snowy road into a thing of beauty. It’s not often that a highway is stunning and worthy of a few photos, but it was just the start of the wonders I would see driving along this famous peninsula.

Snaefellsnes is located on Iceland’s West Coast, and is actually very easy to reach from Reykjavik. While I don’t recommend doing it as a day trip from the capital, it’s certainly possible and a good way of seeing more of this beautiful country if your time is limited.

The peninsula is best known for the Snæfellsjökull volcano, glacier and surrounding National Park, but as I learned there’s so much more to Iceland’s West Coast than a volcano. 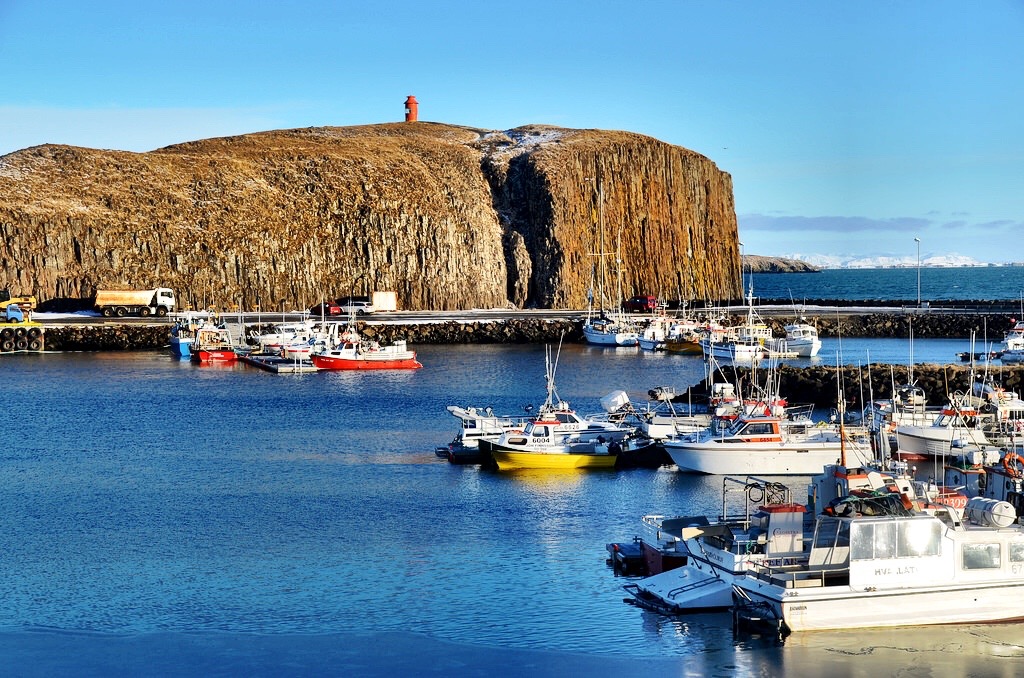 We drove into the small town of Stykkishólmur just as my belly rumbled that it was time for breakfast. Yet another seemingly unpronounceable town, in the summer it is a gateway to the Westfjords and many active adventures around the region. In the winter it’s quiet, very quiet, and I felt lucky to find a local bakery that was open and serving up hot coffee and delicious pastries. We weren’t the only ones who found it either, inside was a curious mix of locals and a group of young tourists from New York. In their mid-20s, they left before I could chat with them but I couldn’t help wonder why they were there. What circumstances brought them to the small bakery, in the small frozen town along a quiet stretch of Iceland’s coast? The world is a funny place, but it ultimately didn’t deter me from eating one of the best pastries I’ve ever had. Afterwards we spent a few minutes walking along the waterfront, wondering how it must be when frostbite doesn’t threaten one’s hands and the tourism sites and shops were actually open. I’m sure it’s great in summer, but Stykkishólmur certainly is not a hotbed of activity in the winter. 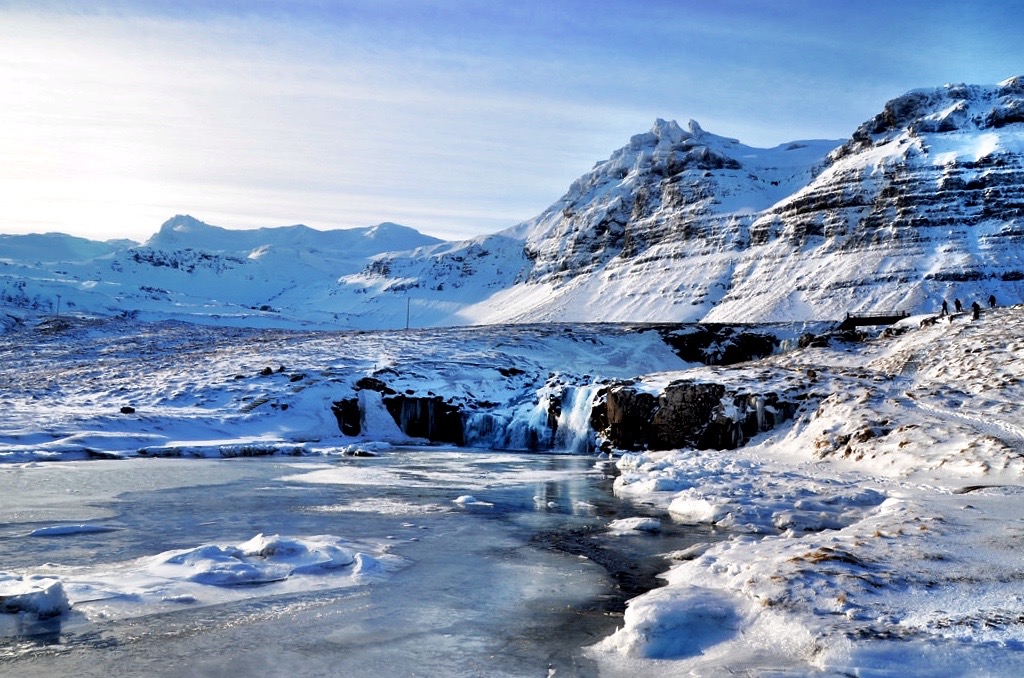 Called the most photographed mountain in Iceland, a simple Instagram search definitely proves that’s true enough. I didn’t recognize it at first though, believe it or not. Arriving from the east, it wasn’t until I had driven through the small town of Grundarfjörður that I realized the mountain I was searching for was right in front of me. That’s because like so many famous photos, you have to catch the mountain from the perfect angle to recognize it from all of those images you’ve seen over the years. Pulling into a small park across from the mighty mountain, I thought it was pretty but frankly didn’t understand what all the fuss was about. Just as beautiful, I thought, were the falls across the street from Kirkjufell, especially in the winter when everything was frozen, its beauty captured in time. 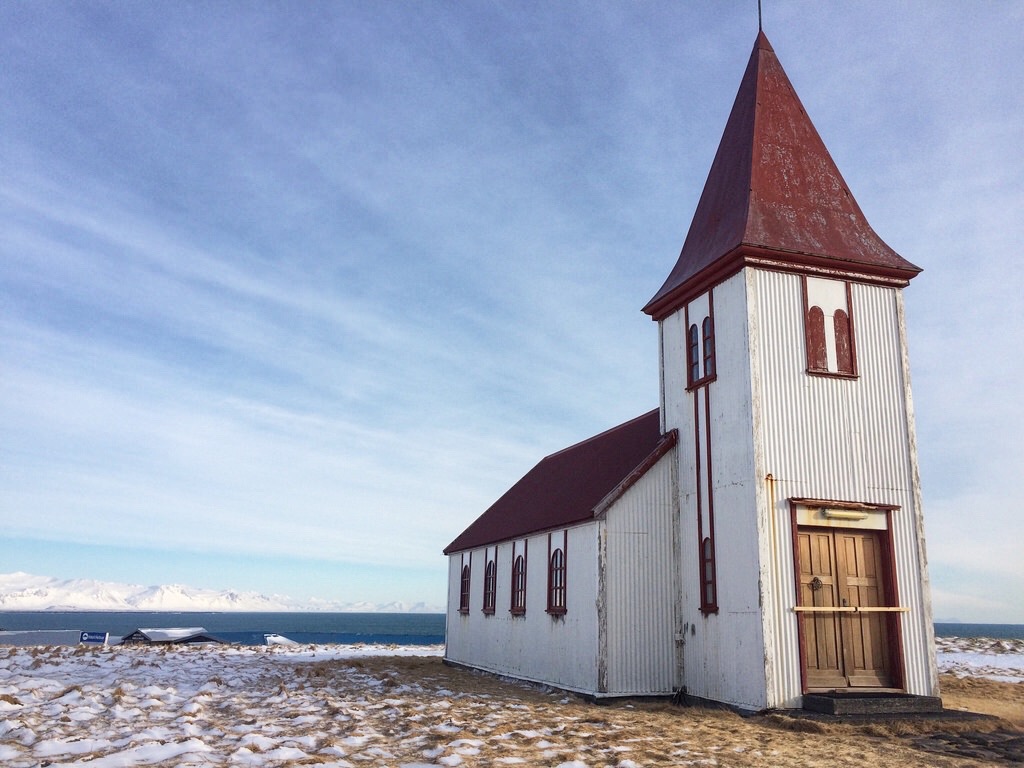 Iceland is a country of small villages and ghost towns, fishing communities that lost their battle to time and modern progress. While not a ghost town, Hellnar isn’t exactly a bustling community but its position along the sea and walking paths up and down the coast do guarantee a steady influx of tourists, even in the middle of winter when I pulled the car up to the stark church standing alone in its battle against the wind and the sea. While iconic, Iceland is full of these white, red-roofed churches, beautiful simplicity at its finest. This is a style actually borrowed from the Danes, who had dominion over Iceland until 1918 when it officially became an independent, sovereign state. Regardless of its origination, the hills and valleys of Iceland wouldn’t be the same without these beautiful wooden churches, now more famous than their continental cousins. 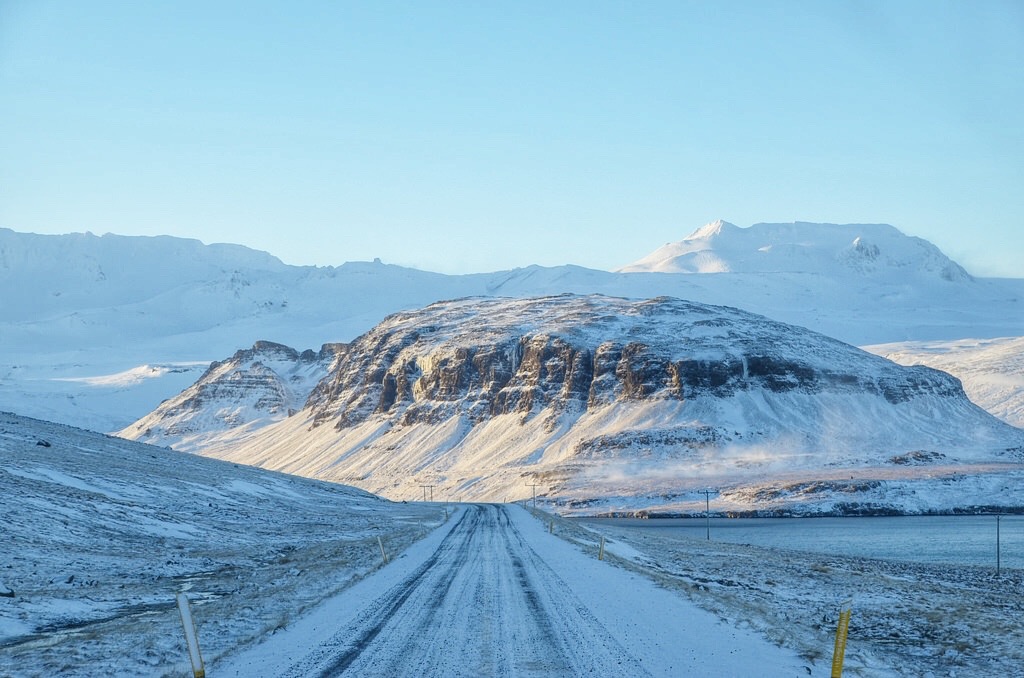 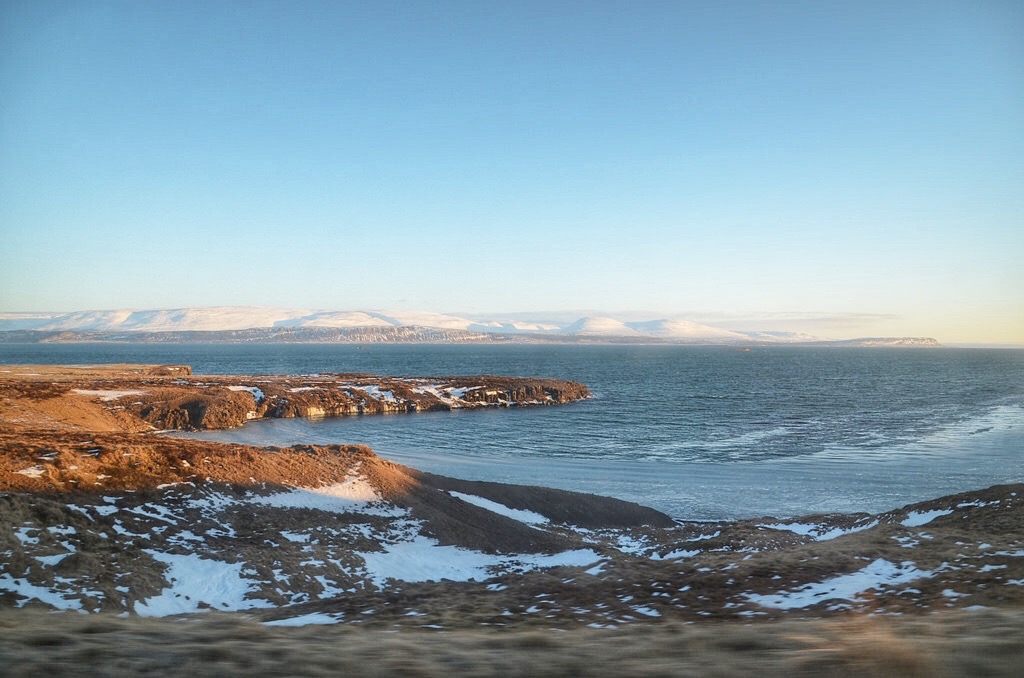 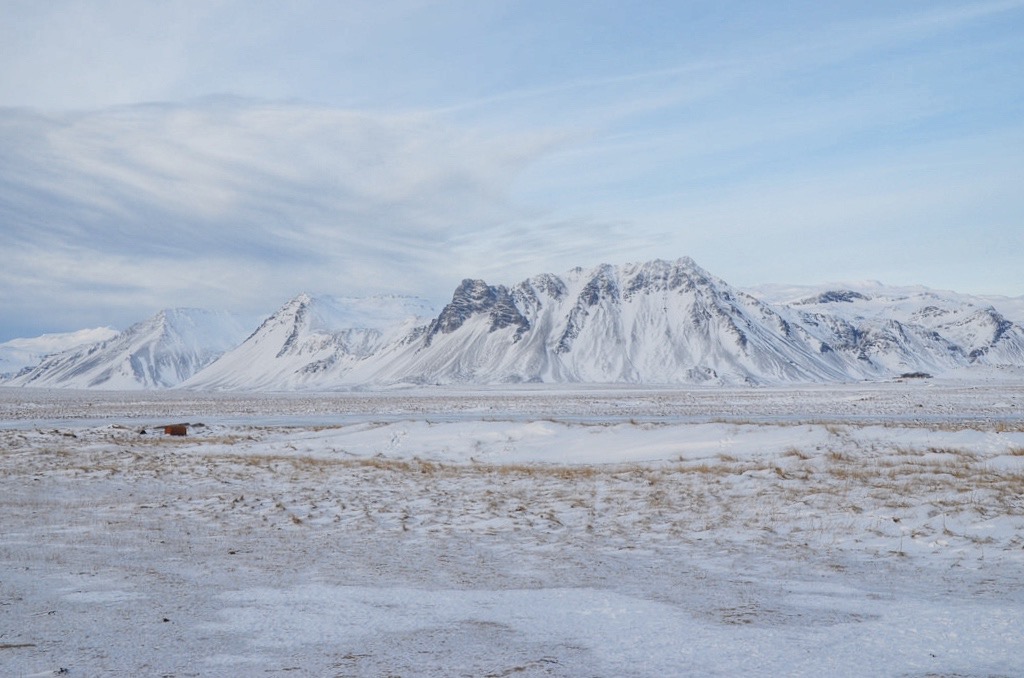 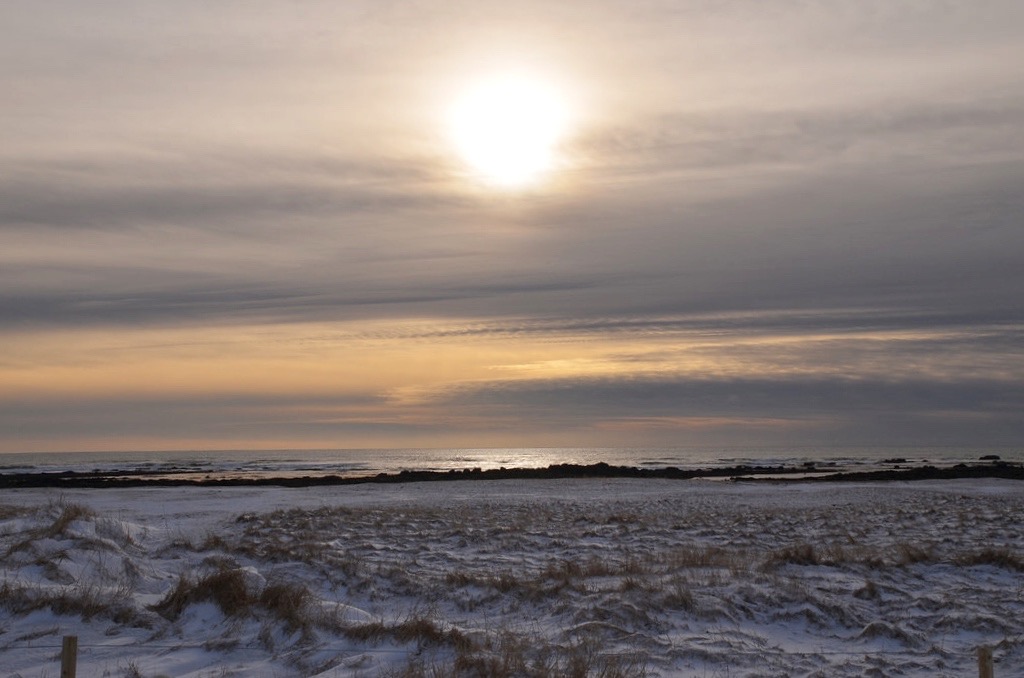 While all of these sites and stops were great, the drive itself was the star of the show. It was dramatic, more dramatic than I expected but not as daunting as I had feared. Living in a country where everything is a bit of a drive, within just a few hours we had covered nearly half of our Snaefellsnes route, and that’s stopping along the way. Locals had told us that doing the whole loop in a day would be ambitious, but it was fine, at least from my point of view. We didn’t limit ourselves either, many times we were so taken back from the larger than life landscapes that we simply pulled the car over to the side of the road to better admire it. Iceland is like that, but it’s especially breathtaking along Snaefellsnes.

Have you been to the Snaefellsnes Peninsula? What did you enjoy seeing the most?

4 thoughts on “Snaefellsnes, Iceland: Exploring the Most Beautiful Place I Can’t Pronounce”