I wasn’t exactly sure what to expect from the food before my first visit to Norway. As someone who doesn’t eat fish or seafood, I’m always a little worried when visiting countries that are famous for their love of all things aquatic and I really didn’t want to be stuck ordering the obligatory chicken dishes from restaurant menus. As I quickly learned though, food in Norway is about much more than shrimp and herring. It’s complicated, from the cities to the rural cafes and on the whole not as bad as I had feared. After a week I learned a lot about food in Norway, including these takeaways I thought I’d share. 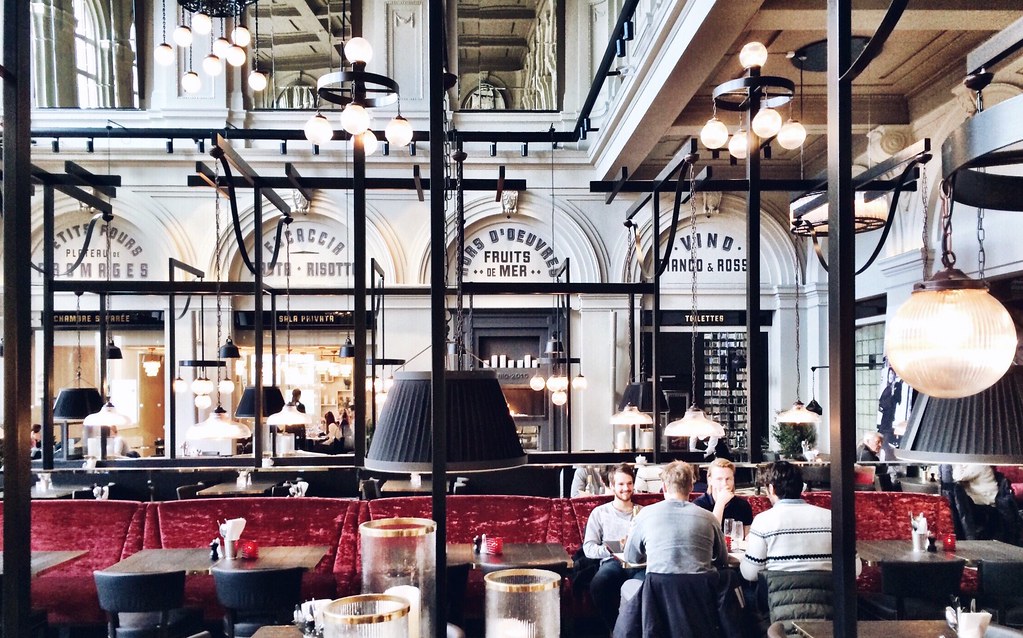 Norway is often listed as one of the most livable countries in the world, but it’s also listed as one of the most expensive. Creating a Scandinavian utopia doesn’t come cheap, and prices for everything – including food – often come as a shock to first-time visitors. On a tour of the city, I started asking my guide questions about the hefty prices and she shared a tip that seemed bizarre at the time, but which later made a lot of sense. “Never sit down to eat pizza here in Norway, it’s the same price as a Michelin star restaurant.” Yup, and she wasn’t far off the mark with that seemingly incongruous remark. The reason for the high prices has nothing to do with the ingredients, but rather the labor costs. Restaurants must meet certain wage minimums which means the chef at the pizzeria makes almost as much as that fine-dining chef. The result is that the higher labor costs are in turn passed down to the consumer. I decided to test that when I was in Alta., Norway. I didn’t eat in the restaurant, I ordered a small pizza for take away but the cost of that innocent little pizza was almost $30. It tasted good though. Norwegians think that eating out is expensive too; the high prices don’t just affect tourists. Because of this a culture of quick light bites has developed, one that I didn’t expect but came to really enjoy. 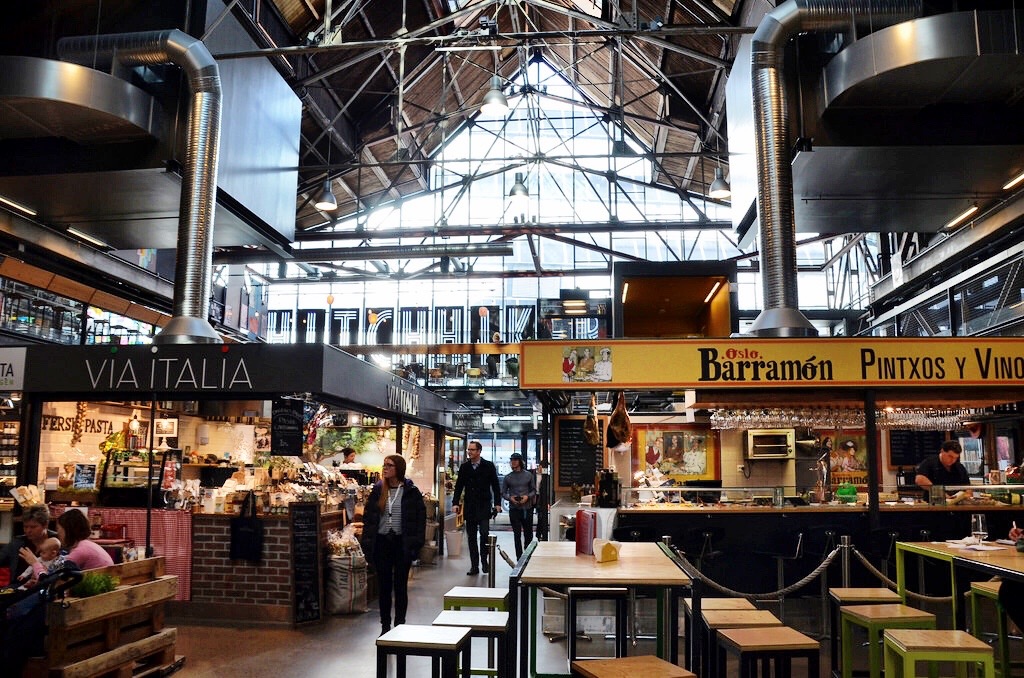 One way the average Norwegian combats high food costs is by eating a lighter lunch than some people around the world may be used to. A light lunch is normal, followed by a larger dinner at home or, sometimes, at a restaurant. More traditional Norwegian fare is quickly disappearing from the capital city, but there are a few places where you can still enjoy a classic open-faced sandwich. The most famous is the Grande Café, which has been serving up these light lunches for more than a century. For a more traditional take on the light lunch, the many food halls spread around town offer a little bit of everything. A cross between a market and a food court, the few I visited offered a little something for everyone, but more than dry sandwiches a lot of the cafes and small restaurants offer up creative and interesting lunch options. While at the Mathallen Vulkan, I opted for a French inspired meal of pulled duck breast served in a massive baguette with some Dijon mustard. If you’re really short on time and money, there are even more options for a lunchtime repast. The ubiquitous Deli de Luca is a fancified convenience store that also features a wide range of sandwiches and other light, takeaway meals. But nothing beats the frankfurter, giant sausages many pick up as a snack or lunch and which can be found everywhere, from small stands to convenience stores and even airports. 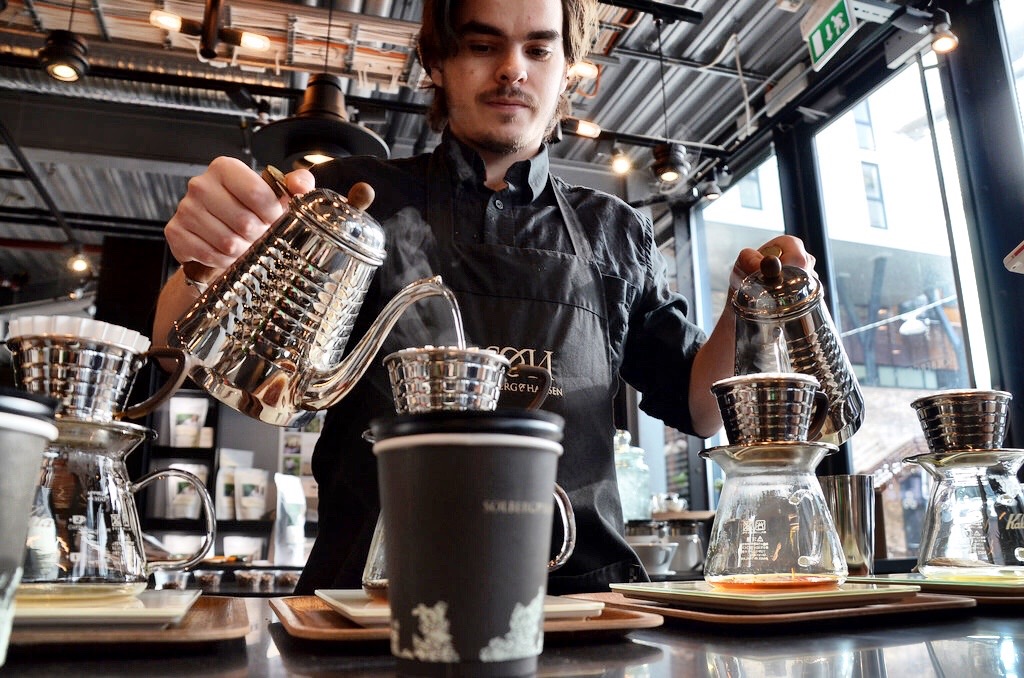 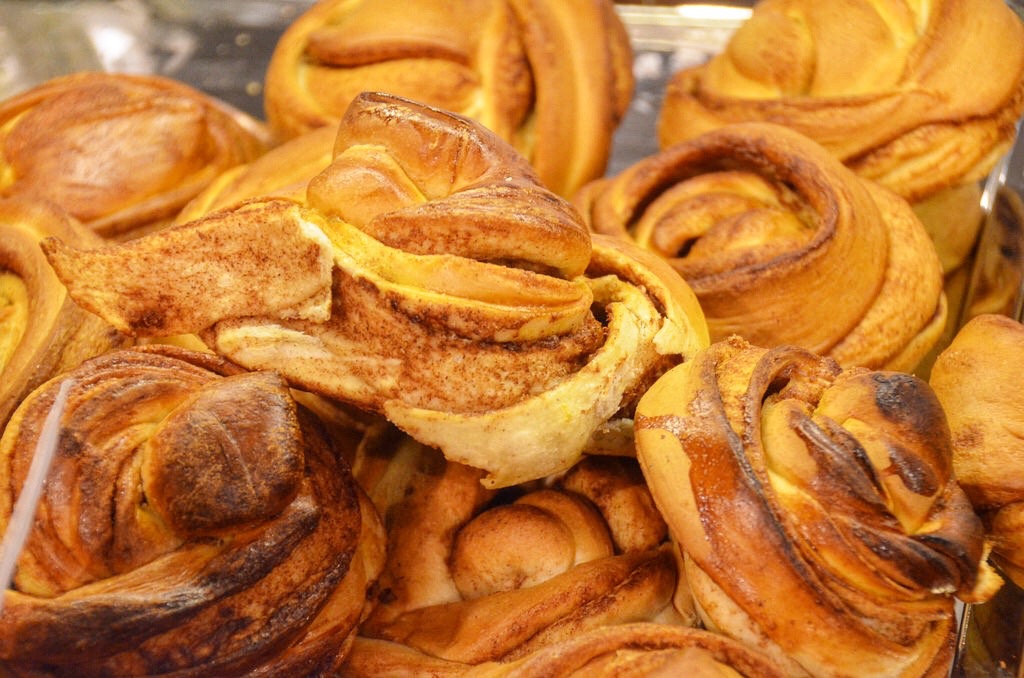 I was disappointed to learn that unlike their Swedish neighbors, Norwegians don’t have a tradition of fika or afternoon coffee, snacks and socializing. That doesn’t mean they don’t enjoy a strong cup of coffee, they certainly do and it’s this coffee culture that I came to appreciate more than any other foodie tradition during my stay there. Maybe it’s the cold temperatures and dark winters, but coffee isn’t just a convenience in Norway, it’s an art form. Nowhere is that better seen than at Solberg & Hansen, Oslo’s oldest coffee roasting company. Their small café at the Mathallen Vulkan is a concept store, where they highlight their exceptional roasts, blends and the final brews. It felt like being in a science lab as I watched them brew each individual cup, taking great care and effort to produce the finest cup of coffee imaginable. It’s a great place not just for some good coffee, but to learn a lot about the roasting process as well.

As a strong supporter of the pastry arts around the world, walking through a market and discovering Kanelbolle for the first time was a revelation. Cheap by Norwegian standards – $2 or $3 for 1 – the Norwegian cinnamon rolls are large enough to be shared, although that’s more a theory than an actual practice. Surprisingly, I didn’t see a lot of variation on them around the country, maybe a little icing here and there but in general it was the plain versions I found most often. Although I couldn’t find a robust “Let’s spend a couple of hours talking while drinking coffee and eating cakes” culture, I did find something else I didn’t expect, a robust tradition of light-lunch. 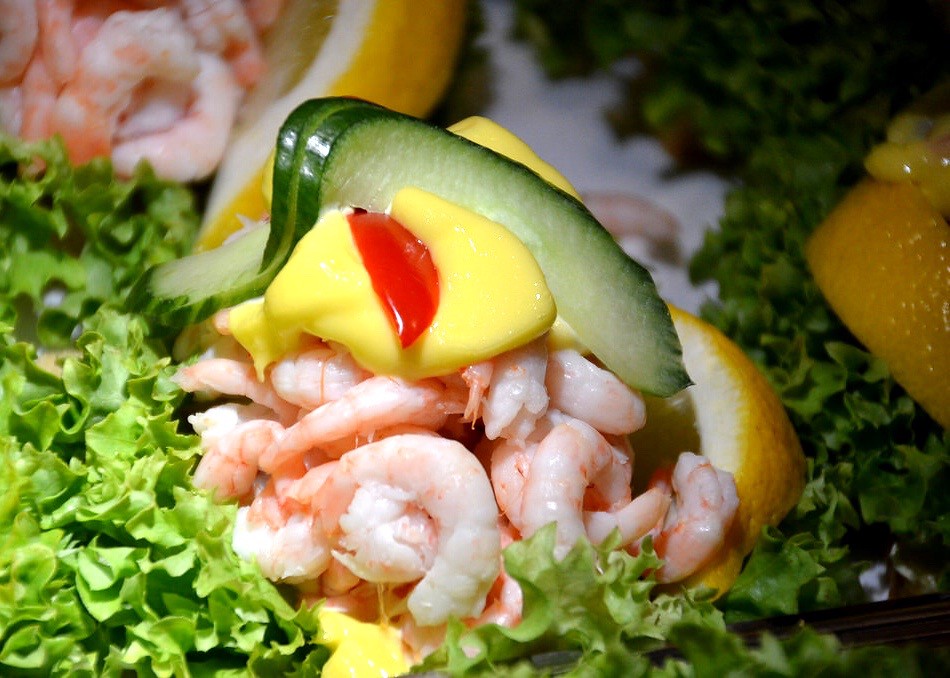 The Spanish include a jug of wine during theirs and the French like a few courses at their mid-day meal, but in Norway I instead found a commitment to keeping things quick and easy, especially in Oslo. Both at the Grand Café and the nearby Kaffistova restaurant, you can find old-fashioned Norwegian style lunch fare. The food consists of small, open-faced sandwiches, potato dumplings, dried and salted cod, sour cream porridge and other sides and desserts, but it’s more about the style of eating than the food itself. Sure, people around the city flock to Kaffistova for a taste of Grandma’s cooking, but it’s also a very traditional Norwegian style cafeteria, the kind you’d find around town a half century ago. While the physical location of where they eat has evolved, the fact is that the noonday meal in Norway just isn’t that important. A sandwich, small bowl of curry or yes, even an open-faced sandwich all on the go, to be eaten over a short 30-minute lunch break. (I don’t think that would go over very well in Spain.) It’s not an urban conceit either, when I was far north in the small town of Alta, I experienced the same inclination to avoid lunch as I did in Oslo. Walking through a small street fair, the food on offer included small dishes, soups and stews and of course those open-faced sandwiches again.

A light breakfast and lunch followed by a larger dinner, it’s also not a bad course of action for tourists to take. It keeps food costs down and gives you more time to be out and about. It was also something to which I could relate, it’s how I eat at home and instead of sitting down to long and boring lunches, something I detest, I followed my Norwegian friends in grabbing small bites on the go, not wanting to waste time. 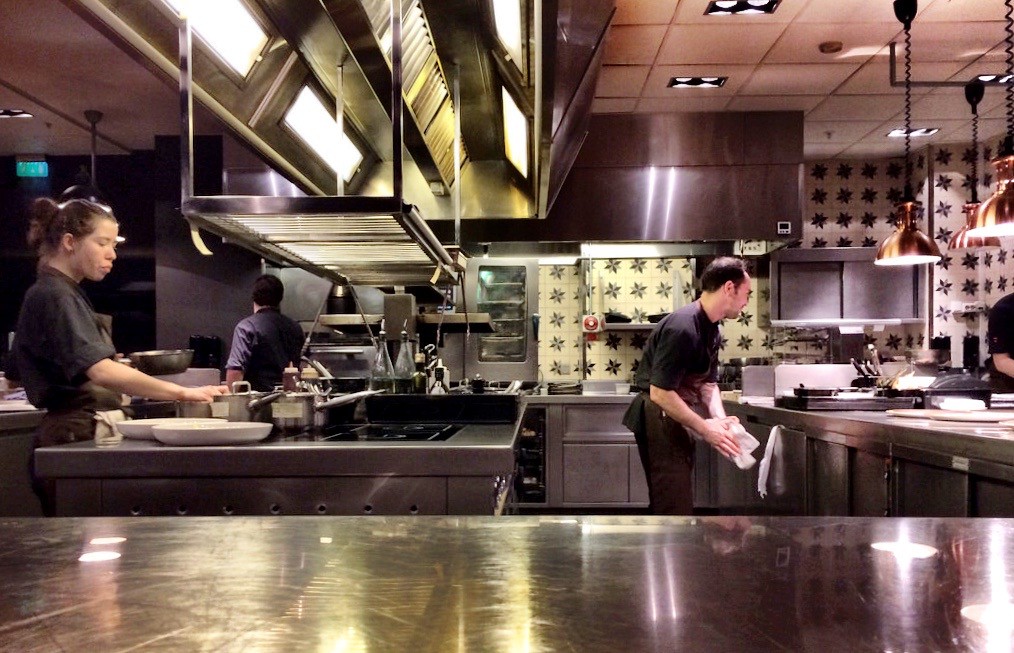 Norway and particularly Oslo is like the rest of Europe, which means that sure, traditional food can be found but it’s not what people eat on a daily basis. Businessmen on lunch breaks in the capital aren’t usually eating reindeer kabobs. Day to day eats are globally influenced and the best restaurants in the country aren’t necessarily inspired by Norwegian food traditions. But you can certainly find those foods and from my own experience, they’re delicious. If you are a longtime reader than you know I don’t eat seafood, but I found plenty of non-fishy meals everywhere I went.

In Oslo, one restaurant in particular is doing a great job of marrying tradition with innovation. Grilleriet, as the name implies, specializes in grilling, a summer pastime particularly beloved by Oslo residents. More than throwing a steak on the Weber though, the food at Grilleriet is complex and delicious. During my 4-course dinner experience, I sampled homemade charcuterie served with delicate purées and jams and a venison sirloin that was the best main course I had on my trip. While in no way classically Norwegian, the dessert blew me away and was without a doubt one of the best I’ve ever had. A homemade version of a frozen snickers bar paired with popcorn ice cream was a fantastic mix of sweet and salty and is something I’m still thinking about.

It wasn’t until I visited Alta in the north of Norway that I found more of the foods one would call traditional. Reindeer in nearly every form imaginable, from gyros to well-prepared steaks, became my go-to dining option. I thought at first it would be too gamey, but unlike elk or venison the reindeer had a certain steak quality to it and I enjoyed it, as long as I didn’t think about Santa Claus at the same time. Those open-faced sandwiches also made another appearance and they really can take any form, from cured meats to shrimp and their smaller size makes them easy to eat and convenient. But even in Alta, where the food options are admittedly limited, the popular restaurants in town were pizza and Chinese food, not those reindeer gyros. 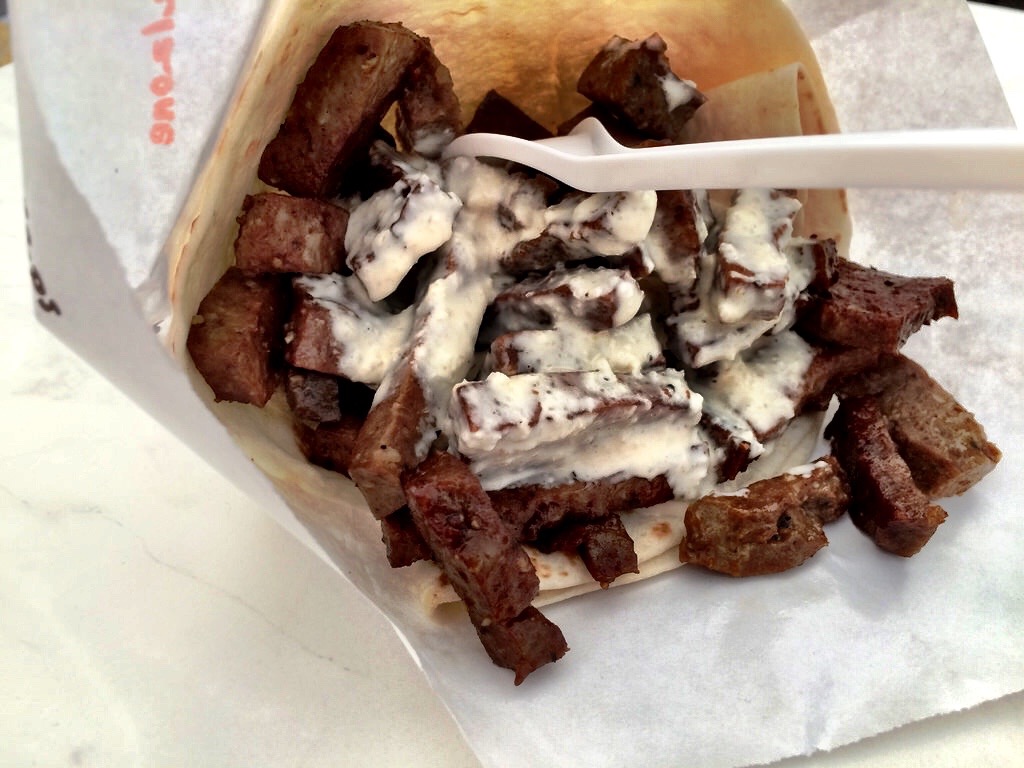 Overall, I was somewhat surprised that I 1) found a distinctive Norwegian food tradition and that 2) I enjoyed it. I had feared jars of pickled herring and other inedible delicacies, forcing me to lackluster options. But no, I never had an issue with the food in Norway and there were several things I started to seek out like those amazing cinnamon rolls or the classic Freia chocolate bars, one of the best in the world. But it was also a good reminder for me NOT to force outdated stereotypes on countries. Just like the average Austrian doesn’t eat schnitzel every day, the average Norwegian switches things up, from any kind of global cuisine you can imagine, including that pricey pizza, to stews and meats classically prepared with love by Grandma on the weekends. In other words, they’re like everyone else.

So when you visit, try the pastries and the coffees and the reindeer gyros are surprisingly good, but don’t feel bad if you opt for Thai or even a pizza a few times, it just means that you’re starting to fit in with everyone else.

Have you been to Norway? What did you think about the food?

7 thoughts on “Avoid The Pizza: My Thoughts About Food In Norway”