I’ve flown Icelandair a couple of times now, but on my last trip I was surprised with a seat on the return home in Saga Class, Icelandair’s Business Class. While Iceland may be a small country and Icelandair a smaller airline, that doesn’t mean they don’t have a great Business Class product. Here’s my look at what flying Icelandair Saga Class is really like. 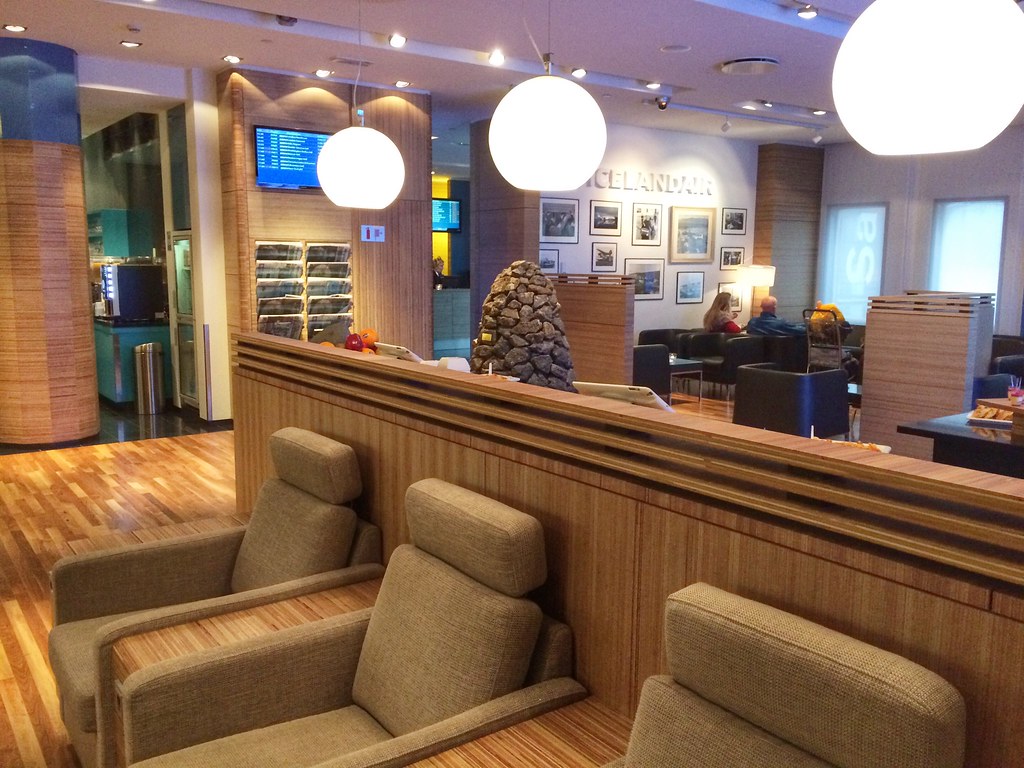 I’m not going to lie, I love a great airport lounge. When I have access to them, I always plan on arriving to the airport early just to enjoy some extra time in the lounge before I take off. Not all are made the same though and believe it or not, I have been in some bad lounges. I had high hopes for the Icelandair Saga Lounge though and those hopes were completely validated.

Like most of Iceland, the lounge is modern and decorated in a refined Scandinavian design. It was calming and a great introduction to the overall experience. With ample numbers of loungers and sofas, there was plenty of room to relax and a diversity of style meant those who wanted to get some work done could easily do so and those like me who just wanted to kick back and relax could do that too. The scene was set and the food and beverage offerings completed the overall experience. Plenty of hot food in a variety of styles and a separate dessert bar made me a fan instantly. I have a sweet tooth and the macarons and truffles were the ideal treat. It was also the perfect introduction to the luxury side of Icelandair and I liked what I saw. 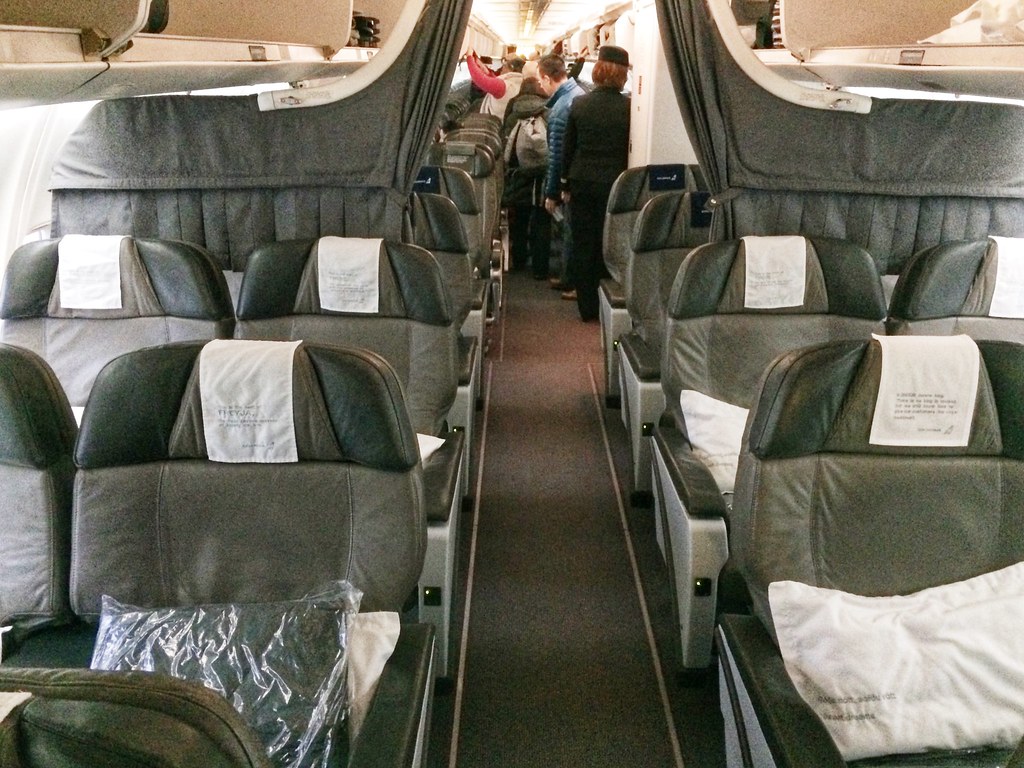 The Seat and Entertainment

Icelandair only operates 757s, which aren’t as large as A380s or the Boeing 777 or 787. Because of that the Saga Class product may not be the business class fliers are used to on ultra-long haul flights, but that doesn’t mean it isn’t a comfortable and luxurious ride. The Saga section is comprised of 14 seats in what many frequent fliers may recognize as a common design in domestic US flights. The seats are wide and comfortable, although they lack a shell design and don’t lie flat. Luckily, many of the Icelandair flights, including the one I was on, are short so it’s really not an issue. At least it wasn’t for me. What I did enjoy was extra space and comfort, which is always appreciated for someone tall like me.

The entertainment options were a different story. I know no one really chooses an airline for what is on the inflight-entertainment system, but it does make a difference in the quality of the flight and what Icelandair offered on my flights wasn’t great. They had about 50 movies on offer, but many were old, very old and the ones that were approaching current just weren’t good. Of course this is a matter of personal taste, but I wasn’t thrilled. I also found it a little odd that there was no amenity kit offered to Saga Class passengers. Again, most likely a function of the shorter flights but it was an oddity I haven’t experienced before on an international flight. 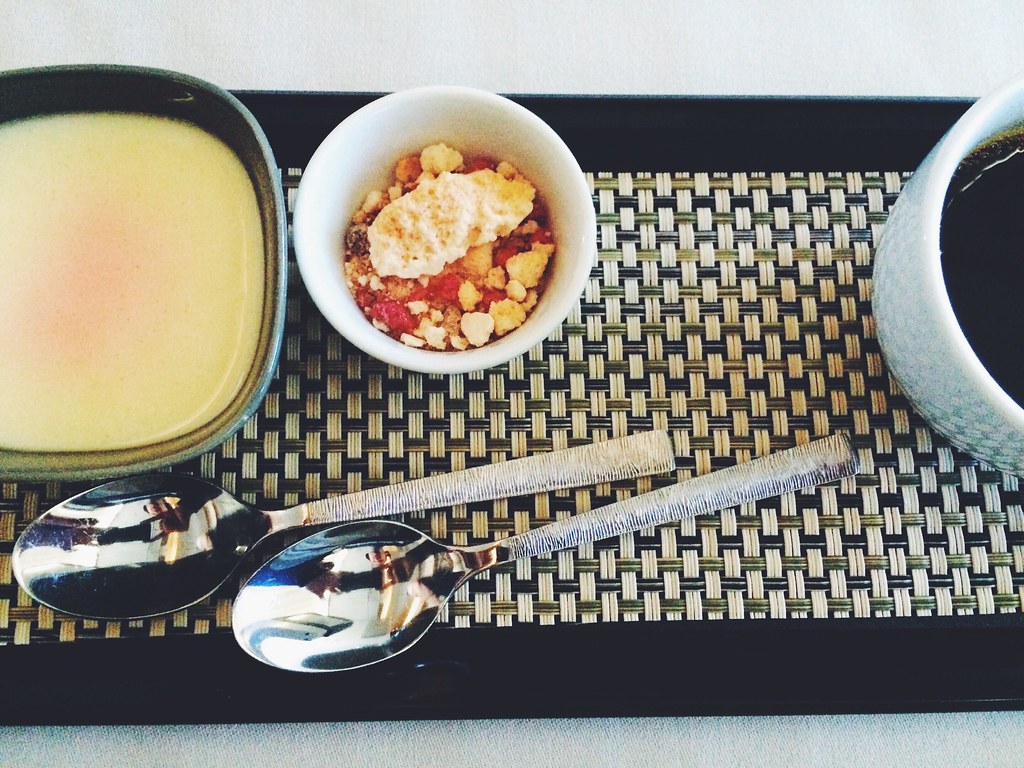 National airlines have a certain proclivity towards representing their national cuisine, which is fine – sometimes. Icelandair is no different and the meal was a classic array of Icelandic inspired food: lobster, lamb, fish and skyr, a yogurty dessert. It was fine, but as someone who doesn’t eat fish/seafood and didn’t relish the idea of lamb, the options were limiting. The dessert however was a bright point and I hope to enjoy it again and soon. There were added surprises, like candies and snacks, making the overall experience a positive one. Also, if you like fish and seafood then you’ll have a great experience, but for someone who is a picky eater enjoying business class meals is sadly a rarity and not the norm on any airline. 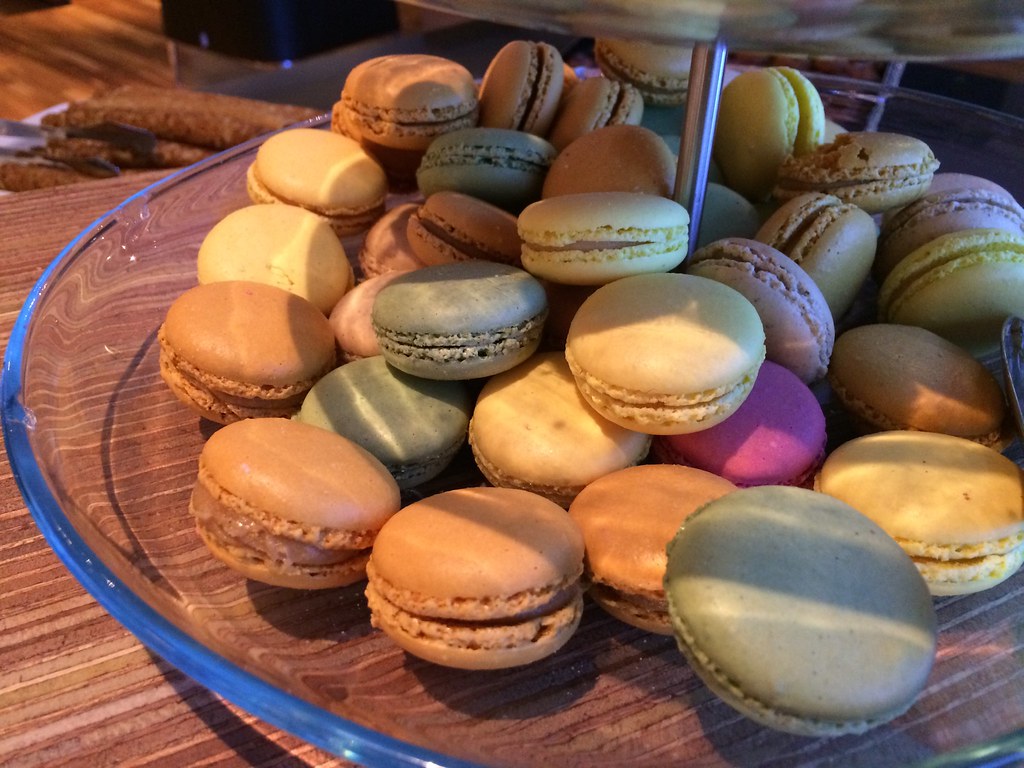 For an international flight on the shorter side, I had an excellent flying experience. Service starts at the airport, and Icelandair recognizes that by creating a peaceful and relaxing atmosphere before taking off. That level of service and care extends well into the flight itself and by the time I landed, I had little to complain about, other than a lack of decent movies which, if that’s the worst thing I have happen to me, then I think I’m doing well.

When you book your trip to Iceland, you’ll probably use Icelandair and if you do, then booking Saga Class is definitely worth the investment for a restful and relaxing flight.

Have you flown Icelandair Saga Class before? What did you think?

4 thoughts on “Flying Up Front In Icelandair Saga Class”