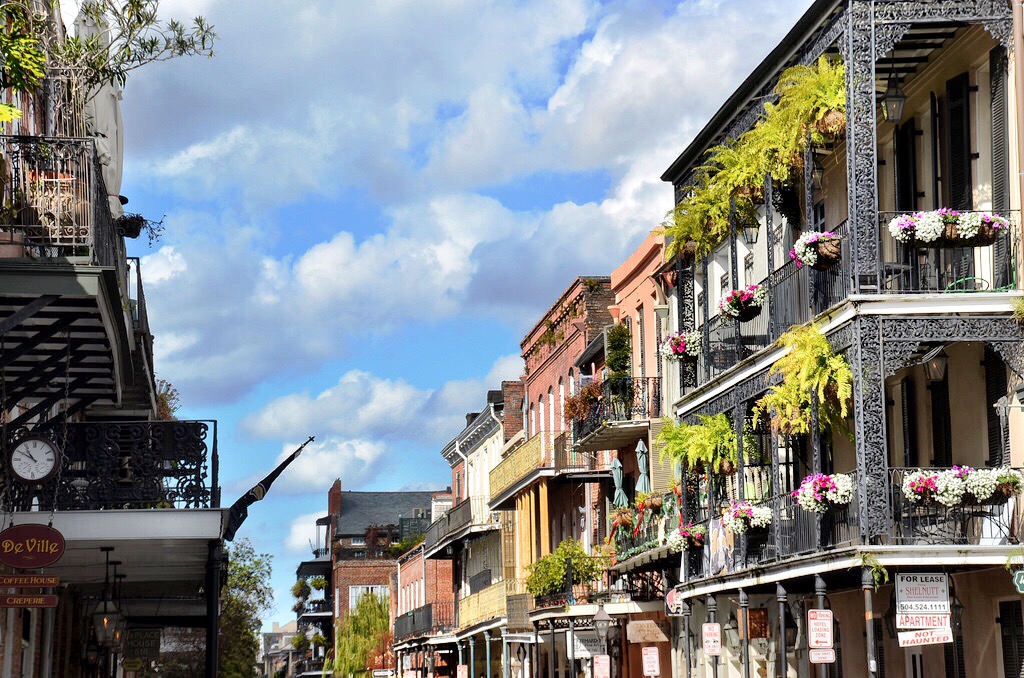 When I visited New Orleans a few months ago, I got up early one morning and walked around New Orleans’ French Quarter, as iconic a neighborhood as any in the world. Known for wild nights and anything-goes attitude, seeing Bourbon Street and the waterfront as the sun rose, delivery people running about was a completely different and frankly more enjoyable experience. I grew to like the French Quarter in a different, more personal way and as more and more people started to fill the streets and morning turned into afternoon, I finally understood why so many people love New Orleans as much as they do. 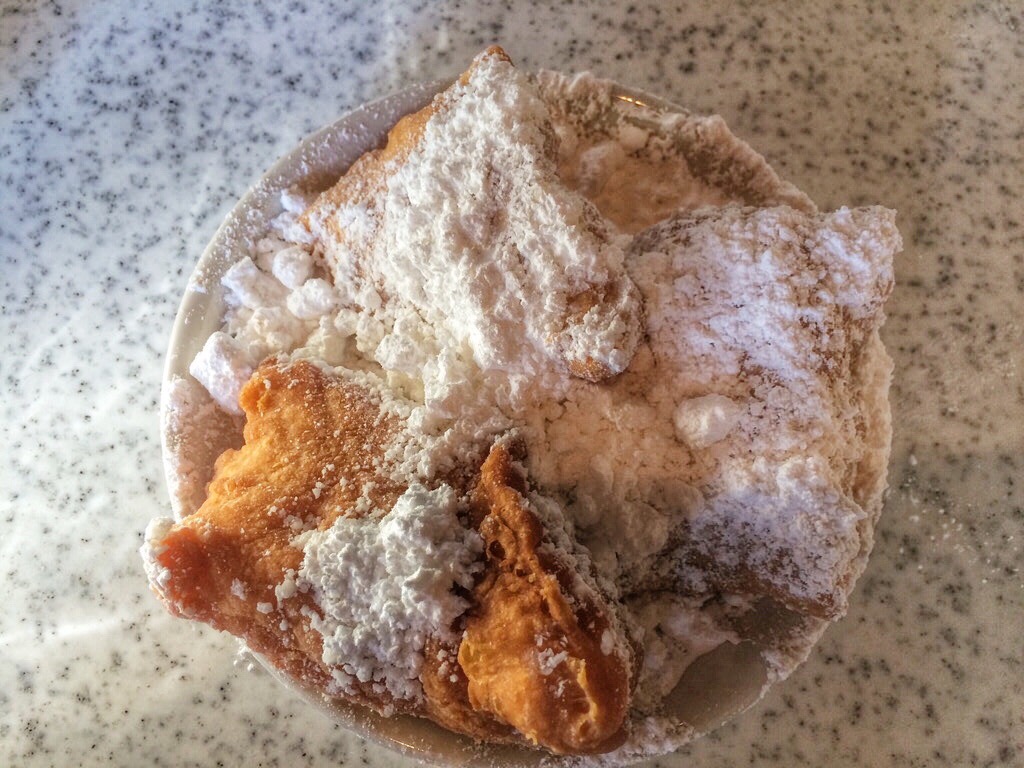 It’s hard to write about New Orleans and not talk about food. Famous for its restaurants and bars, food means a lot to the people of New Orleans. From simple mom-and-pop eateries to a good, home cooked meal, the tastes of New Orleans do more to define the city than anything else. I started my morning walk with a firm target in mind, Café du Monde and their famous sugar encrusted beignets. This traditional coffee shop opened its doors back in 1862 and little has changed since then. The menu is as simple as it gets and is unlikely to change anytime soon: coffee, beignets, white and chocolate milk, and fresh squeezed orange juice. That’s all there is, but no one around me seemed to be complaining. The coffee may be different than what you’re used to though, it’s made with chicory. It’s a testament to the French influence in the region and adds a deeper almost chocolate taste to the coffee. But when eaten along with the delicious square pieces of fried dough known as beignets, there’s little else better in the world.

Aside from beignets, you can find just about any New Orleans culinary staple in the French Quarter. Stop by a stand in the market for a Po’ Boy sandwich, or walk across the street to the Central Grocery, home of the muffaletta sandwich. Don’t forget about fine dining either, some of the most famous restaurants in the world are in the French Quarter and gave birth to iconic dishes like Oysters Rockefeller, Bananas Foster and of course the cocktail itself. It seems impossible to make a misstep eating your way through the Quarter, so just have fun.

For me I always remember New Orleans for its color. I’m not necessarily talking about those Mardi Gras masks either, but a subtler sort found throughout the city. Walking around the French Quarter I looked up and saw balcony after balcony, gorgeous wrought ironwork, covered with plants and flowers of every size and shape. They add personality to what would be otherwise lackluster buildings, a certain liveliness that makes the French Quarter come alive. More than those more subtle touches, every apartment and storefront pops in different vibrant shades of reds, yellows, oranges and blues, and even the stores themselves are works of art. Next to the French Quarter is another old neighborhood, the Faubourg Marigny that, while much less famous, is just as interesting to explore. Life in the Marigny is centered along Frenchmen Street, home to artists and some of the best live music in town. Definitely a little rough around the edges, the Marigny shows a side to the city that’s no less interesting than the French Quarter.

New Orleans has always had a reputation for attracting avant garde and slightly unusual people, and I’m thrilled to say that proud tradition is still alive and well. As one of America’s first major port cities, people from around the world took up root in this Southern city, immediately transforming it into something a little unusual and certainly not your typical Louisiana town. Everyone had to live next to each other, so there was seldom time for prejudice and hate and thanks to that the city has always welcomed people who may not have found a home anywhere else. What does this mean for the tourist today? You get to see what this creative energy has done to the city and how it continues to transform it today. Walk down a street in the French Quarter, any street, and within a few moments you’ll start to hear music. It could be a solo violinist or a rag-tag band playing American roots music. It’s everywhere and this soundtrack to the city becomes a fast and constant companion, a secret resident who is always there and always ready to make you smile. 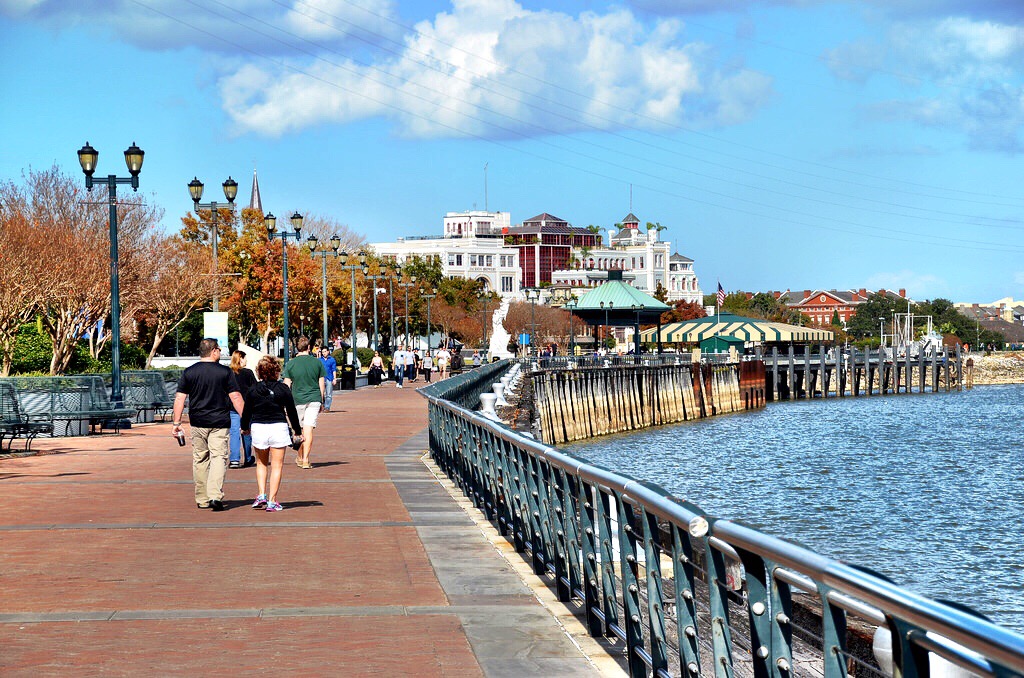 A lot of tourists don’t take into consideration the mighty Mississippi when they visit New Orleans, but they should. After you’ve wandered around Jackson Square and eaten your beignets, walk behind Café du Monde and discover the Riverfront. Just aimlessly wandering I was frankly surprised when I first discovered the well-developed walk that follows the path of the river. Always a working waterfront, that changed in recent decades but thankfully efforts to redevelop this part of town were successful and today the beautiful parklands are home to artwork, sculptures, shops, restaurants and an easy walking path from which you can watch freighters and ships sail past, just as they have for generations. The river isn’t always the city’s friend though, and New Orleans is still recovering from the tragic effects of Hurricane Katrina. The French Quarter wasn’t as badly impacted as the Lower 9th Ward and other parts of town, but what has happened is an amazing community rallying, a refocus on the city and the pride residents have in it. Today, New Orleans isn’t a sad place dealing with past tragedies, no, it’s vibrant and excited about the future it’s designing in its own unique way. 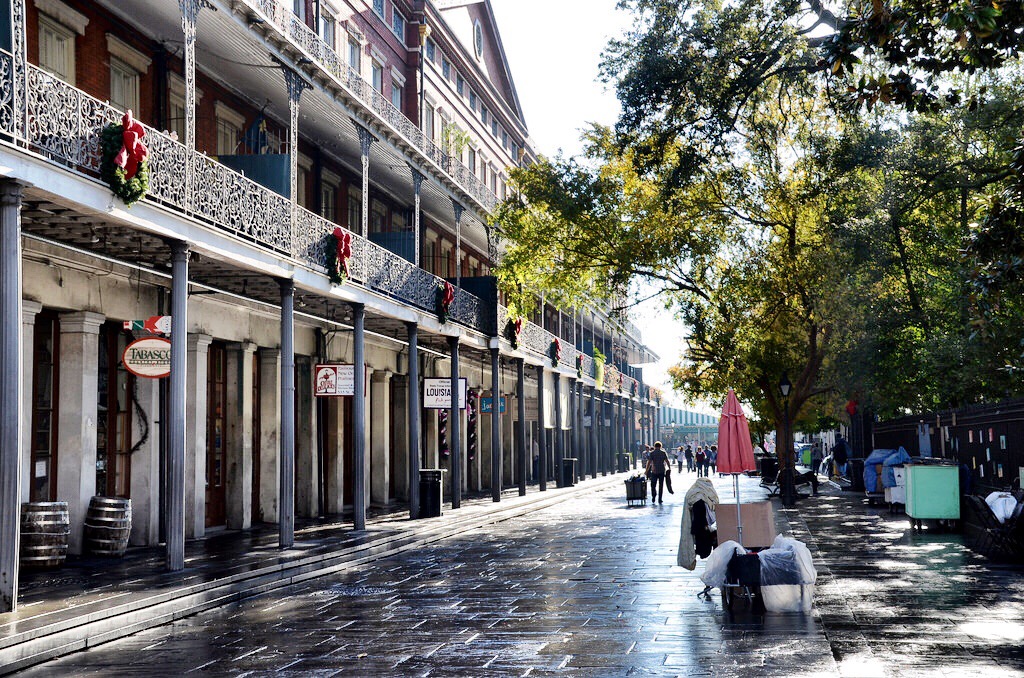 It had been about 15 years since I last visited New Orleans and in that time I forgot about what a special city it is, and what an incredible place the French Quarter can be. Forget the old and tired images of the neighborhood’s party atmosphere and instead go, visit and seek out the unique, the unusual and the downright strange. The Quarter and city as a whole have a certain intangible quality to them, a secret attribute that while never seen in plain daylight, is nevertheless always there and always impressing residents and visitors alike. Yes, New Orleans is about much more than the Quarter and you do owe it to yourself to explore as much of it as possible. But don’t put down the mighty French Quarter, because special moments of discovery are possible even there for those willing to look hard enough.

Have you been to the French Quarter? What did you enjoy most about it?