I was excited to visit Budapest for the first time, which is why I decided to arrive a couple of days before my Viking River Cruise left the docks of this Hungarian city to embark on a Christmas market cruise of the Danube. An ancient city along the Mother River, this UNESCO World Heritage city has the second-oldest subway in the world, more than 80 geothermal springs and led the way in 19th philosophy and intellectual progressivism. It’s also not really one city, but three that were unified in 1873 to form what we now call Budapest. Those old separations though still exist and it’s very easy for the first-time visitors to see the stark, but not unpleasant, differences between Buda and Pest, one staring down the other from opposite sides of the Danube. While I spent more time in the Pest side of town, I made sure to explore Buda before leaving and while not necessarily as action packed as Pest, this upscale area has a lot to offer if you’re willing to look for it.

Our tour guide made clear the differences between Buda and Pest. Most of the businesses are located in Pest, and it’s where the more affordable housing is too. Buda is the higher-class part of town, where you’ll find million dollar homes and Bentleys gracing the quiet tree-lined streets. You’ll also find a lot of beauty and history too, including many of the famous landmarks that make Budapest the beautiful city it is today. 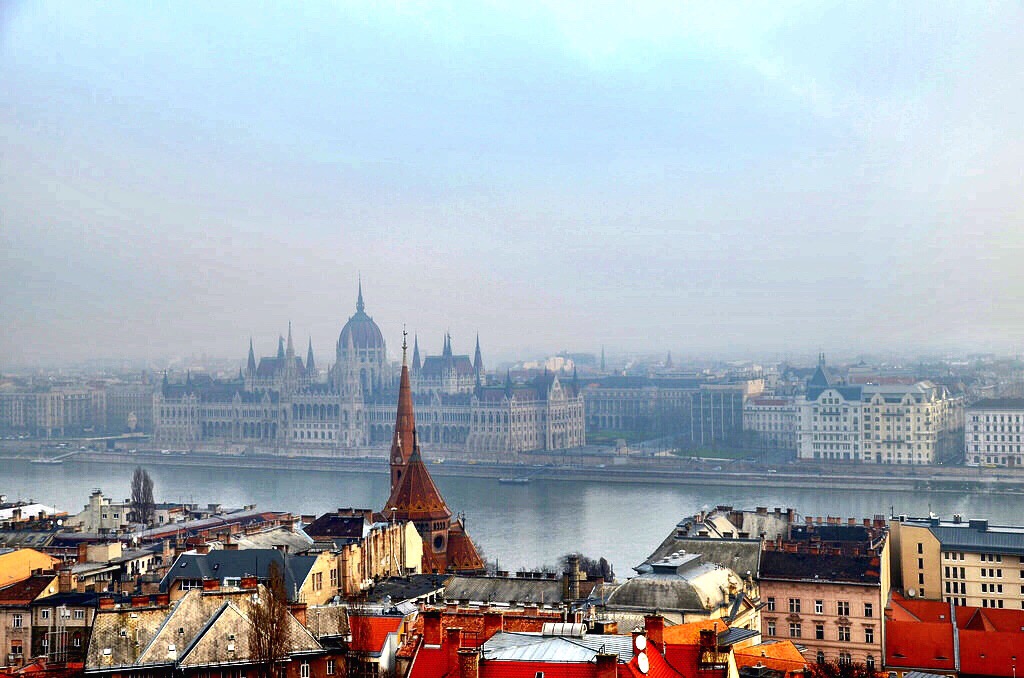 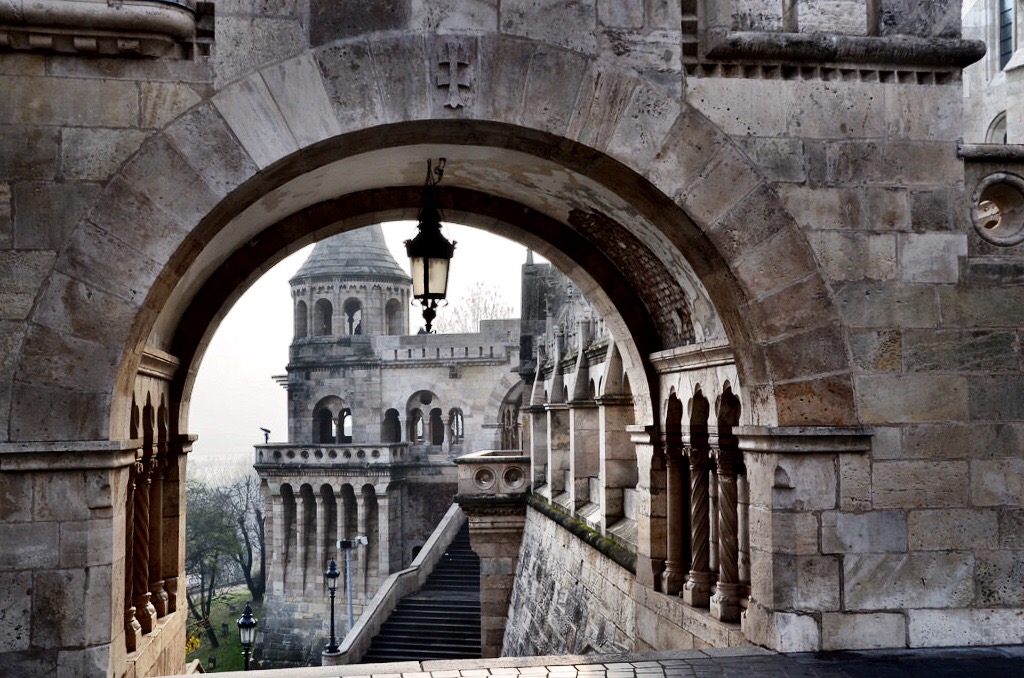 Buda’s Castle District is on most tourist must-see lists and with good reason. Famous for its medieval, baroque and 19th-century houses and churches, the castle and palace complex was the seat of power in Hungary for centuries, and the community of courtiers and professionals that grew up around it guaranteed a certain air of power and exclusivity. I could feel that sense as I walked up the hill towards Matthias Church, next to the Fisherman’s Bastion and some of the best views in town. From this terrace you overlook the Danube and can see far into the Pest side, with the magnificent Parliament Building taking pride of place. It’s a beautiful look at what many of us consider to be the classical view of Budapest, ironically enough only able to be enjoyed properly from Buda. 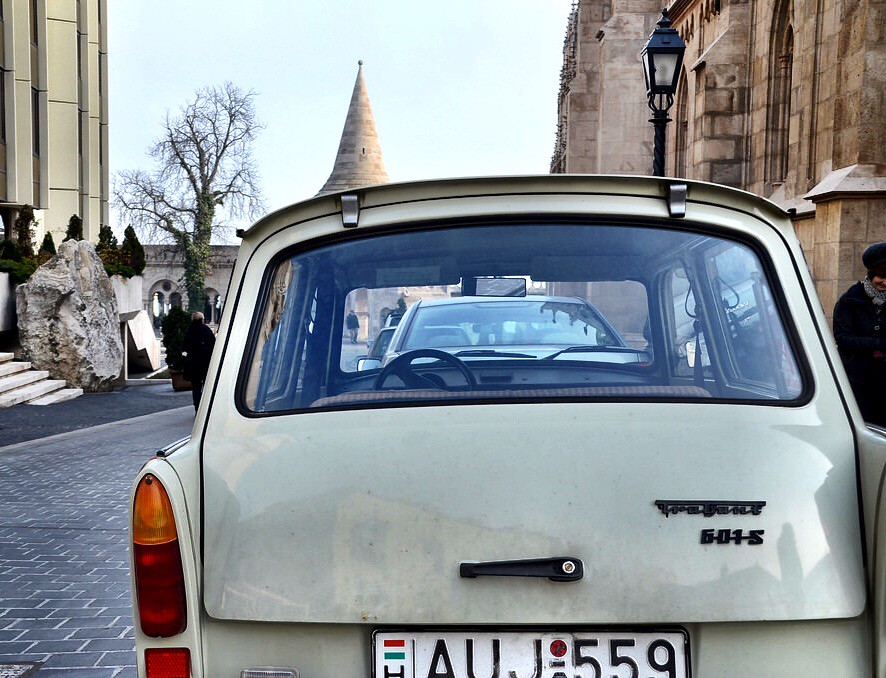 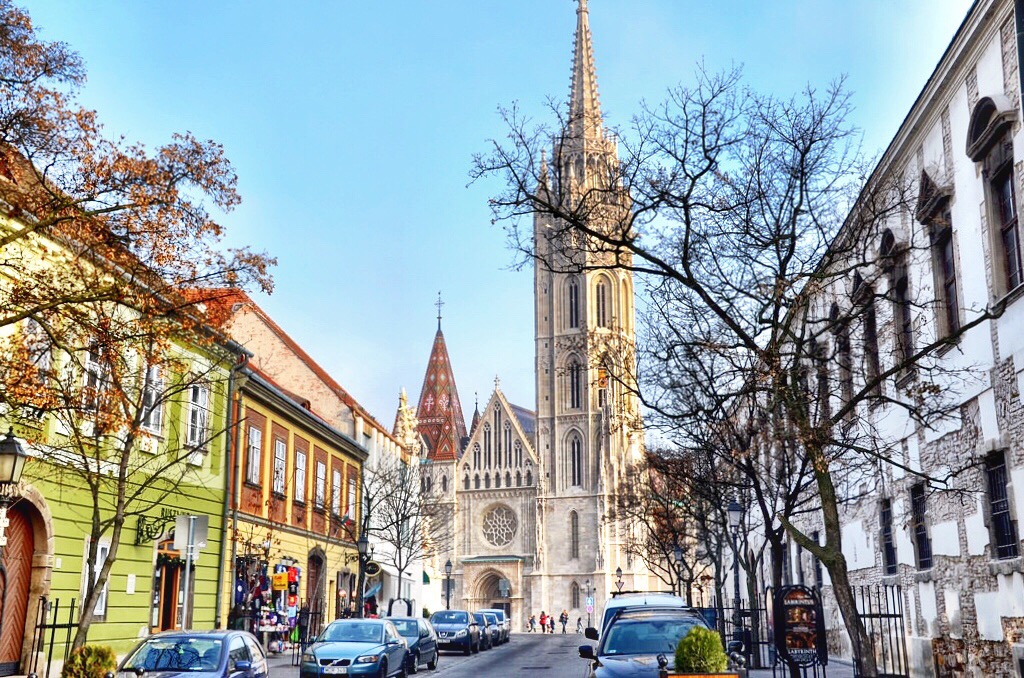 The normal touristy things were nice, but as always my favorite moments came from just wandering around this quiet area in Buda. Tree-lined streets with cafes and apartments, it was still early in the morning when I was there and aside from a few people walking their dogs, I had the place to myself. It was also December and chilly, so I ducked into the first open coffee shop I found. I soon figured out that it wasn’t an average cafe though; it is the oldest one in Budapest. Ruszwurm has been serving up drinks and homemade cakes since the 1820s and most of the furnishings inside are all original. Before that the same space was home to a gingerbread shop that dated back to the Middle Ages, so that very spot has been serving up sweets for centuries. For me this is an amazing fact, but one that didn’t necessarily matter as I warmed up over a hot coffee, watched the other patrons and enjoyed the peaceful joy of a really great coffee shop. 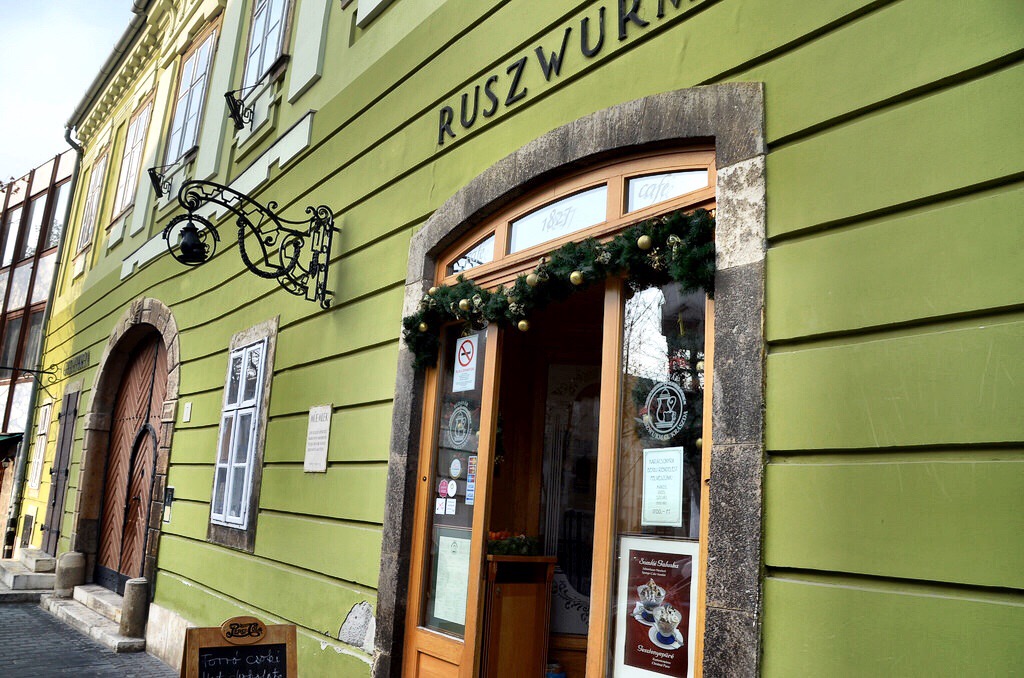 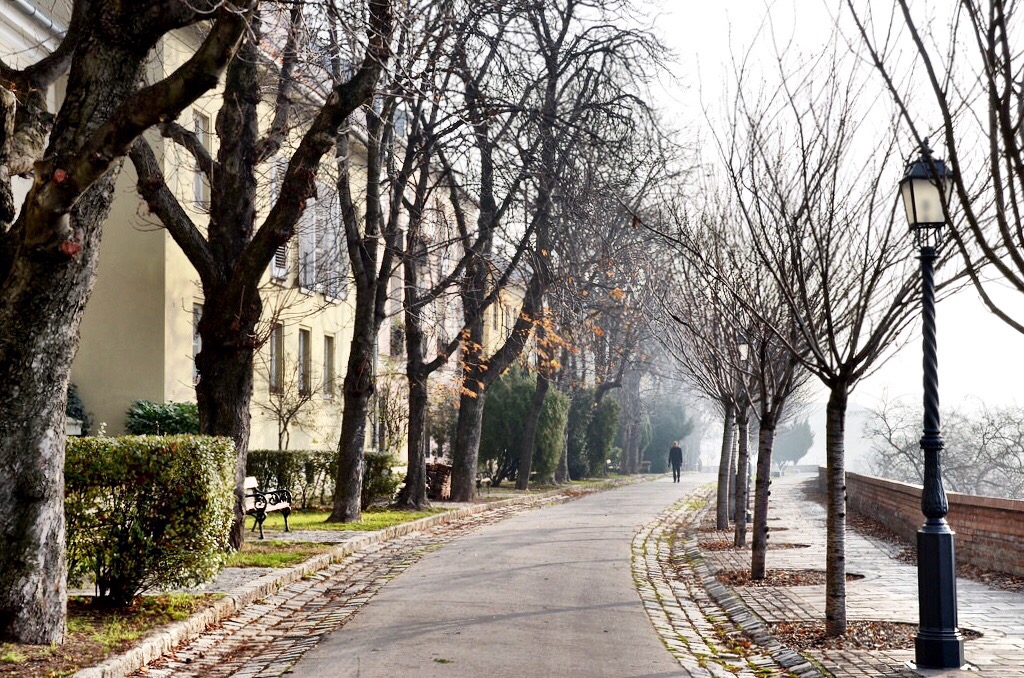 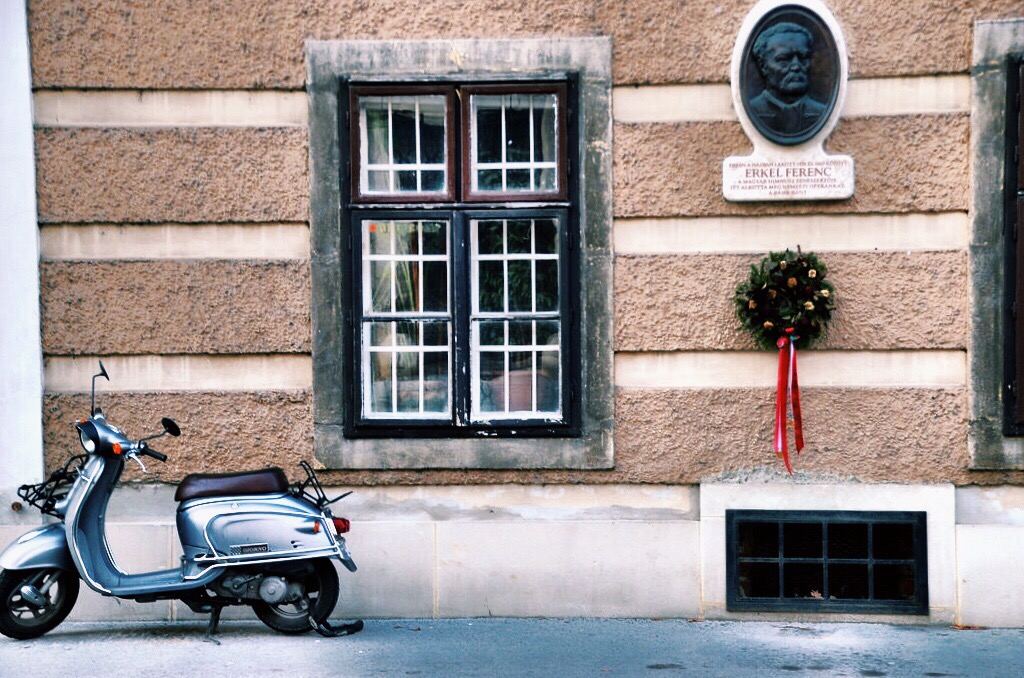 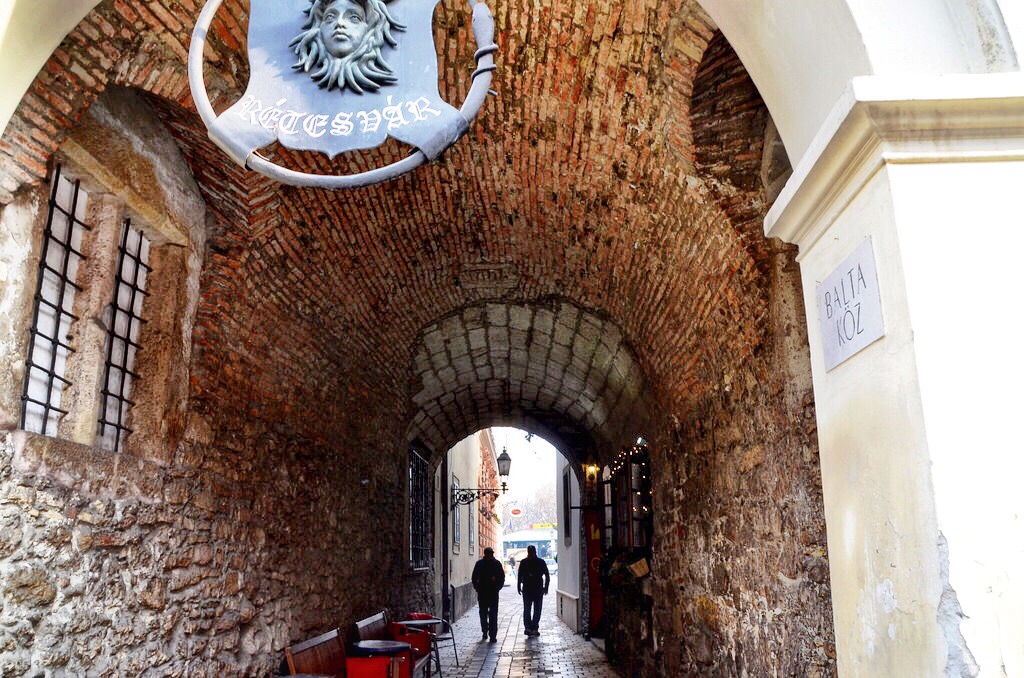 I think more than anything else, the coffee shop is a good emblem for Buda. It’s not flashy, there isn’t that much to do there honestly and it does indeed pale in comparison to Pest. But what it lacks in pizzazz it more than makes up for in ambience, a quality that is too often ignored but oh so important in any city. Being able to soak up the feel of a community quickly isn’t always easy, but in Buda it happened right away, from the Trabants parked in front of colorful row houses to that all so robust cup of coffee I enjoyed, I walked away feeling like I GOT Buda, I understood what it’s all about.

When you visit Budapest, don’t let the quieter parts of town turn you off, instead go to them and appreciate them for what they are. Love them for the peaceful feeling they give and for the rare opportunity to experience a city as locals do and not always as a visitor.

Have you been to Buda? What did you think?

7 thoughts on “Exploring The Buda Side Of Budapest”