A few weeks ago I joined Insight Vacations, a luxury tour provider, on their first trip back to Egypt in more than two years. I was excited to join, to see the wonders of Egypt firsthand and to fulfill travel dreams I’ve had since a young kid. But I was also curious about the experience. I usually call myself a fiercely independent traveler, preferring to do things my own way. So it was with a curious mind that I joined the group in Cairo, not just to see the country but also to see what an organized tour is all about.

I will be the first to admit that in years past the connotation of the phrase ‘organized tour’ brought a shudder down my spine. I just couldn’t shake the image of grandparents in a coach bus touring Europe and I know I didn’t want that for me. Then I spent time on social media, chatting with companies like Intrepid, G Adventures, Abercrombie & Kent and yes, Insight Vacations. All of these companies provide what can be technically defined as organized tours, but they’re as far away from being a boring coach tour as you can imagine. So let’s stop calling them that, it’s not helping anyone and instead go with something more suitable, like experience curators. No matter what you call them, the fact remains that I had never actually been on one, and I honestly didn’t know what to expect from the experience. 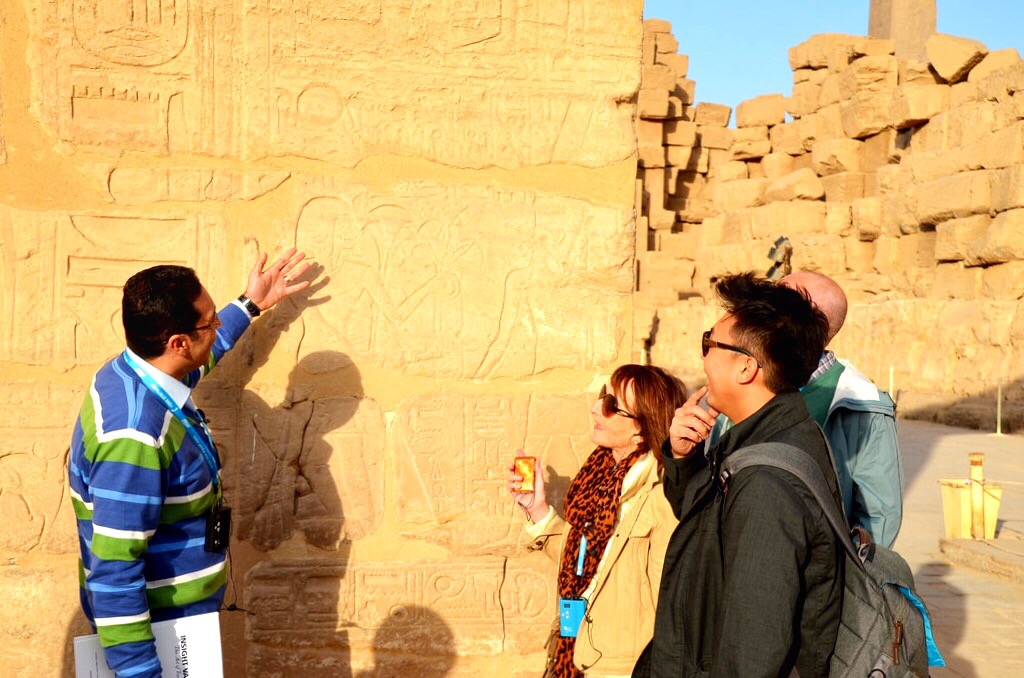 I rewrote this post many times, because the more I thought about it the more I realized what features of the experience were more important than others. For more than a week, I traveled around Egypt with a small group of interesting and eclectic people from around the world. No one was there because they couldn’t function in normal society, needing a chaperon to guide them about – far from it. They were all active, vibrant and fiercely intelligent individuals. They own companies, are executives and in general have a lot of responsibilities in their daily lives. They take tours with Insight Vacations and other companies not only for the expert guiding and coordination, which I’ll get to in a second, but for the companionship. Having traveled alone far too often, I can attest to the fact that solo travel is not always pleasant. It’s lonely and sometimes it’s nice to experience new places with other people. After chatting with the normal tour participants, that was a major reason why many of them decided to book this particular trip – to see Egypt through the eyes of others.

Don’t just think about Insight either, look at all of the other tour companies out there and I think you’ll find that tour participants join in large part for the social experience. Why do 20-somethings travel with Contiki or G Adventures? For the social experience. Why take a trek up to Machu Picchu with Intrepid Travel? In large part so you don’t have to do it alone. I think that a lot of these companies talk about the other benefits of traveling with them – the guiding, the perks, voluntourism – but I don’t think they discuss the social aspect nearly enough and for me at least, it’s one of the major reasons to use them in the first place.

I like having all the logistics of a trip sorted well before I leave home, it’s just the over planner in me. I especially enjoy that in places as chaotic as Egypt, where I joined Insight Vacations. We covered a lot of ground, arriving into Cairo, flying to Luxor where we met the cruise ship, flying to Abu Simbel and then eventually flying back to Cairo. It’s a lot of moving pieces and seeing how Egyptian bureaucracy works, I can’t imagine that sorting everything out is a fast or easy process. But all of that was done for me. I literally only had to arrive at the appointed time and everything else was coordinated.

I think that’s perhaps the greatest benefit of an organized tour and why it is especially useful in certain parts of the world. Egypt, India and China all immediately come to mind. For those of us who don’t have unlimited time to travel, who need to maximize our trips and not waste time waiting for approvals or tickets, then this is the perfect solution.

On the Egypt trip at least, the schedule was not unlike one I would have done on my own. Every day a new ancient site was visited, a new Egyptian wonder toured. Had I been on my own I would have had to use a company of some sort to get to the sites, hire a guide and so on. I know plenty of people who have visited Egypt on their own, but without a guide. I’m a big believer in the power of a great tour guide and I can guarantee that I learned a lot more on my trip with a trained Egyptologist with me than those who didn’t have that resource. Independently I would have had to cobble together transportation and guiding services and probably would have joined many day tours. Tours that would have had more people involved than the dozen or so on my Insight trip. So it’s the same experience, just done faster and infinitely easier. I think that’s another great advantage in using a company to help facilitate travel, and why people not only travel to Egypt with Insight but to Peru with Intrepid or go on safari with Abercrombie & Kent. They’re experts and using experts greatly enhances a travel experience in nearly every way you can imagine. 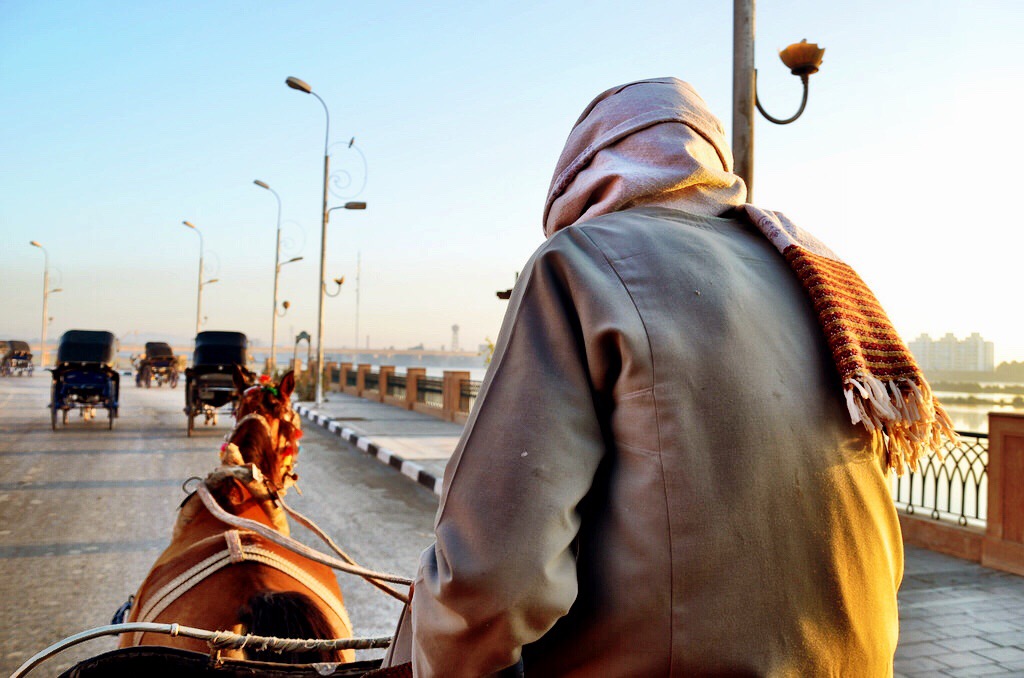 At the end of the trip I spent some time reflecting not only on Egypt, but on my first organized tour experience as well. On the whole, it was a very positive one. The level of care and service were both very high and met my expectations as an adventure luxury traveler. Like so many travel styles, organized tours are another arrow in the quiver of the modern traveler. I may prefer to go to Iceland on my own, but I enjoy taking river cruises in parts of Europe and I now see the benefits in joining a company on a travel experience in other parts of the world. I may not always go on these tours, but they’re another option for me when I travel. That’s especially true when trying to maximize time and experiences.

I’m never away from home for more than 10-14 days, so my time on the ground can’t be wasted figuring out finer travel details. If I were backpacking or a nomadic traveler it would be different, but I’m not. I imagine many of you are the same way – we only have so much time. In those instances I absolutely do believe in the benefits of having a company help you navigate your way. Not once did I feel isolated from the local culture or communities, in fact we were introduced to them in ways I would never have been able to replicate on my own. The tour didn’t detract, it magnified, it accentuated the positives while mitigating some of the potential negative aspects of travel.

So, can an independent traveler enjoy the process of being organized? The short answer is yes, but probably not for each and every trip. Given the right circumstances and destinations it’s an advantage to the independent traveler and not a hindrance, but it should also be just one of the ways in which we travel. Mix things up, go solo one trip, organized the next, add a cruise in there and you have a few years of nice travel experiences all ready for you to tackle.

What do you think? Have you been on an organized tour before?

5 thoughts on “Organized Tours and the Independent Traveler: My Experience”