New Orleans is a city of extremes. It seems everything from meals to drinks and of course celebrations are all overly large, as if the city exists on a scale of its own. At no time is that more evident than during Mardi Gras when the city erupts in countless celebrations famous around the world. At the heart of this celebration are the parades and floats, made possible as it turns out by the work of predominately one company. To really understand the incredible size and the importance of the celebrations, it’s important to see them in person at the oddly enjoyable Mardi Gras World in New Orleans.

The Kern family has been making elaborate floats for generations, starting in the 1940s and expanding to events all over the world. At the heart of this artistic empire though is New Orleans Mardi Gras for which they have made thousands of floats featuring everything from Marilyn Monroe to fantastical monsters. In the 1980s, the company created Mardi Gras World, a sort of museum devoted to all things Mardi Gras and more importantly, a showcase of some of their most famous work. 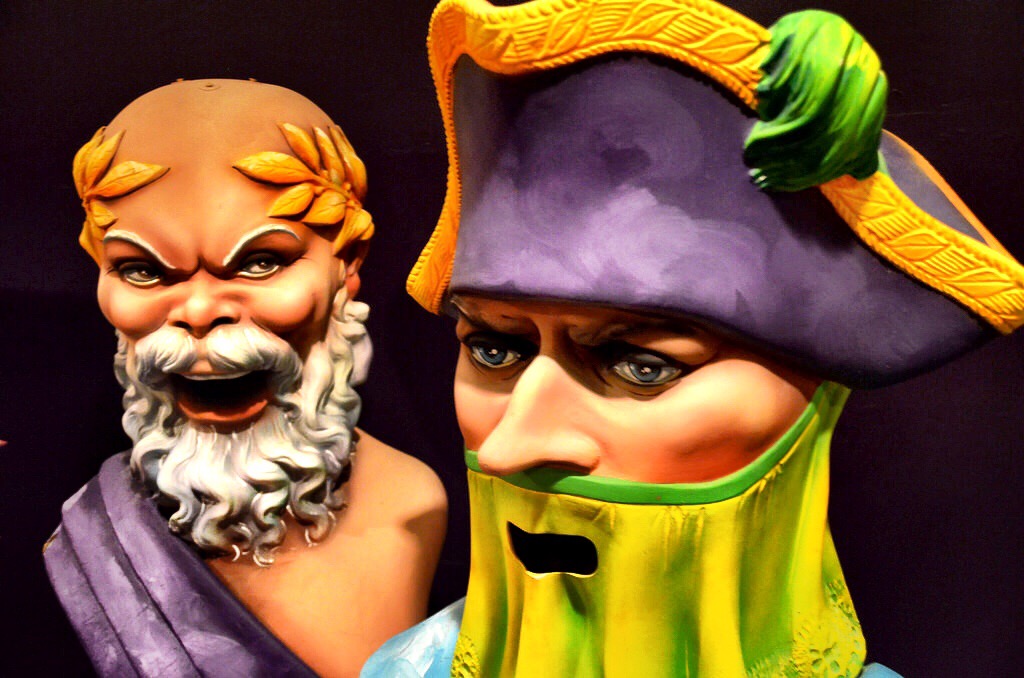 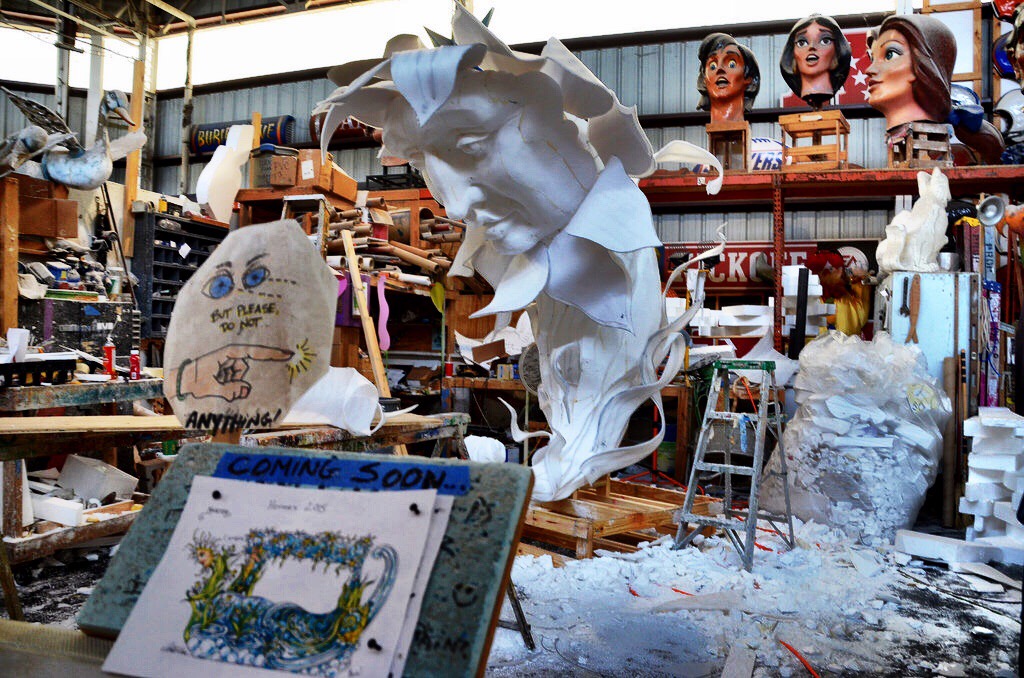 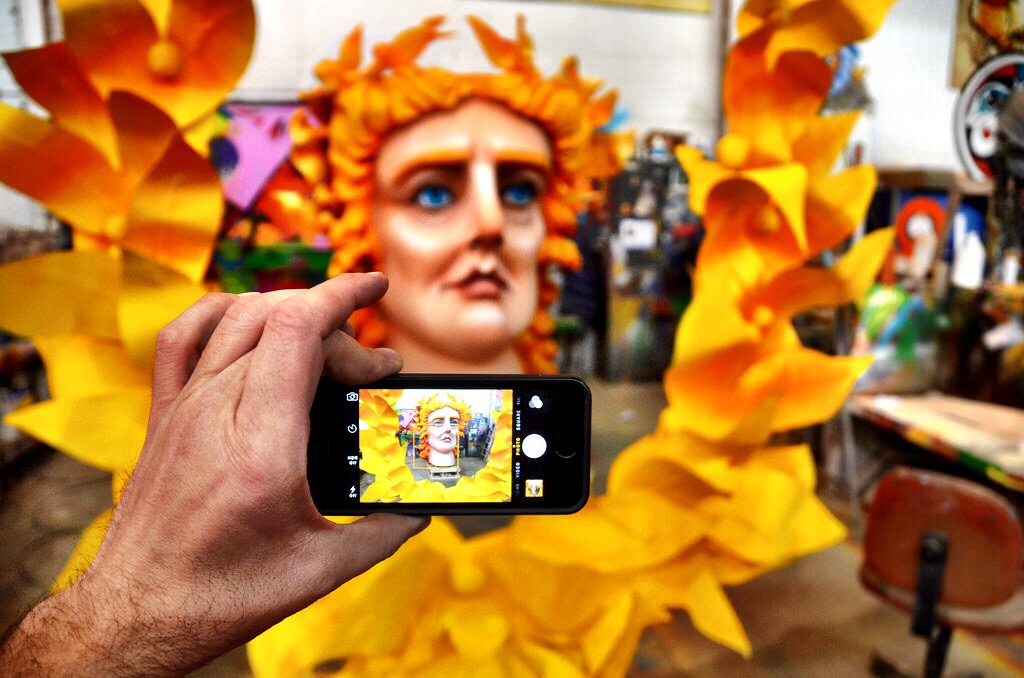 Located alongside the Mississippi River, the warehouse open to visitors is one of many spread out around the region and all are literally filled to the rafters with over-the-top floats on a scale that makes one feel like Gulliver. Once a float is constructed and used, it is never discarded and instead is stored for the off chance that it can be reused at some point in the future.

Sure, the history of Mardi Gras was interesting to hear about, but I couldn’t help but get excited as the tour entered the massive warehouse itself. Mardi Gras is a year-round activity for these folks, and artists were hard at work building new floats and designing others for future celebrations. Working with all kinds of building materials, from wood to Styrofoam and who knows what else, it really is amazing what they can create out of such simple materials. 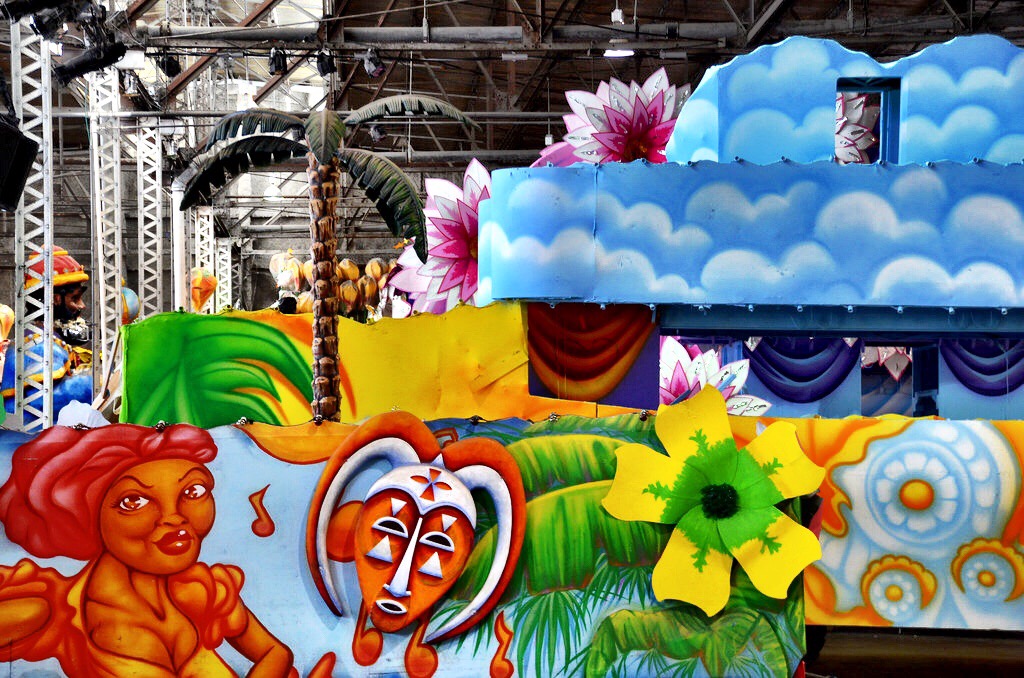 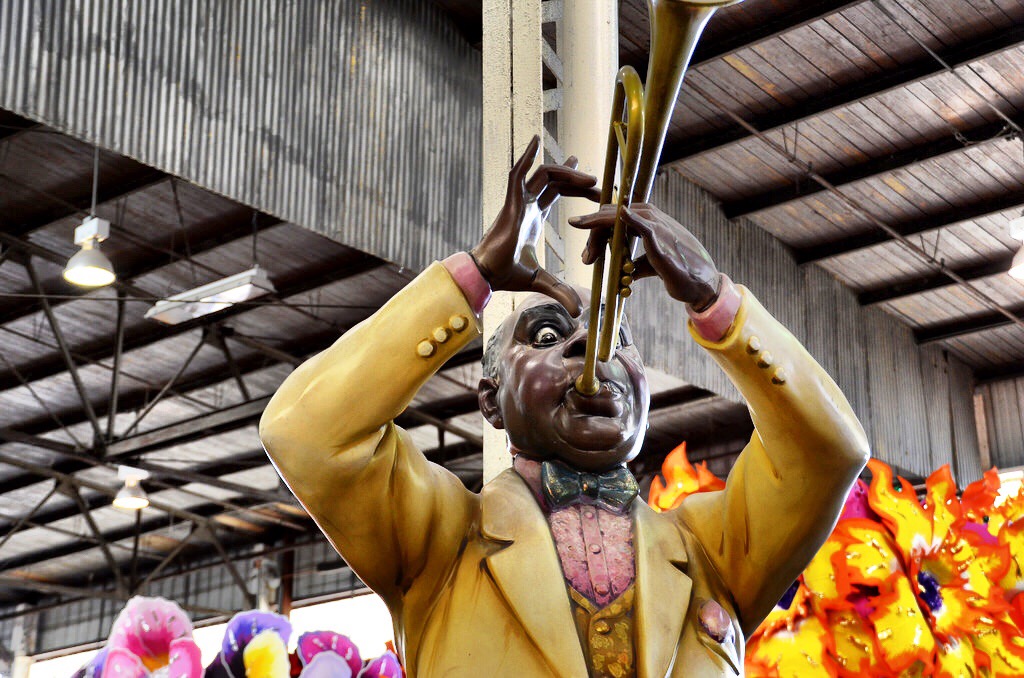 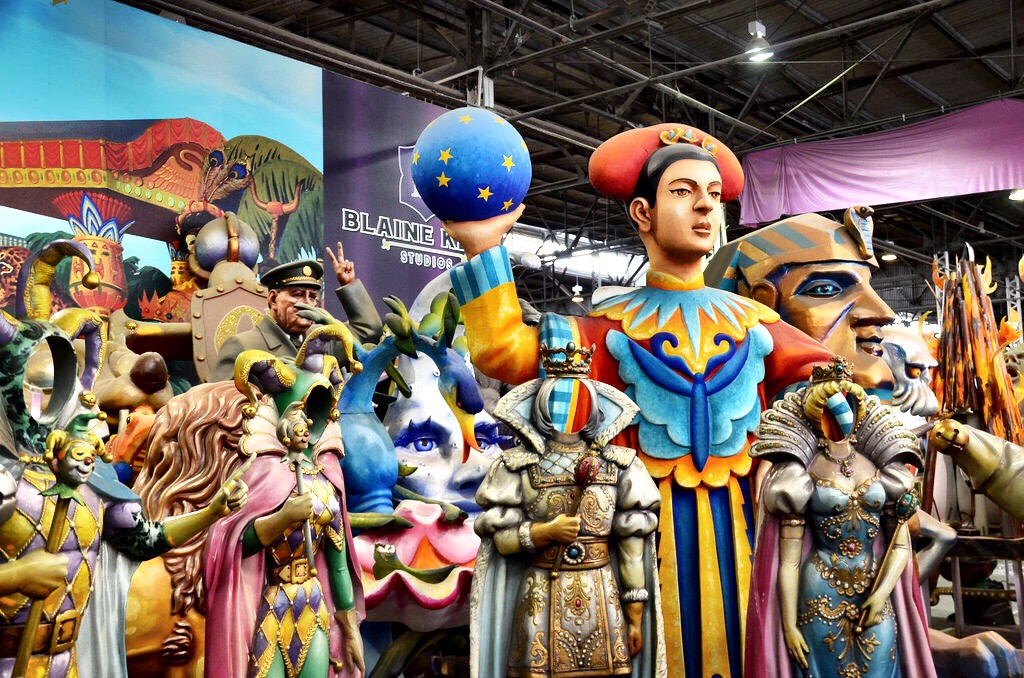 It’s also interesting to walk through and see how they have changed over time. It’s really a reflection of modern pop culture, and I could easily identify smaller floats from the 50s and 60s that showcased cartoons and politicians, and then the more modern ones that took their cues from kids movies and sports heroes. It was hard not to feel like a kid again myself, walking amongst the oversized floats and gawking at their bright colors and elaborate design. Even sitting in a warehouse, mostly forgotten, I could easily imagine how fun they must be to see in a parade, sparkling and festooned with lights meant to shock and amaze.

New Orleans is about much more than Mardi Gras and Mardi Gras is much more than floats, but that doesn’t mean they aren’t important. For many of us, these iconic moving displays are symbols of the city and to learn more about them, how they’re made and why is admittedly a very touristy activity, but a fun one as well. 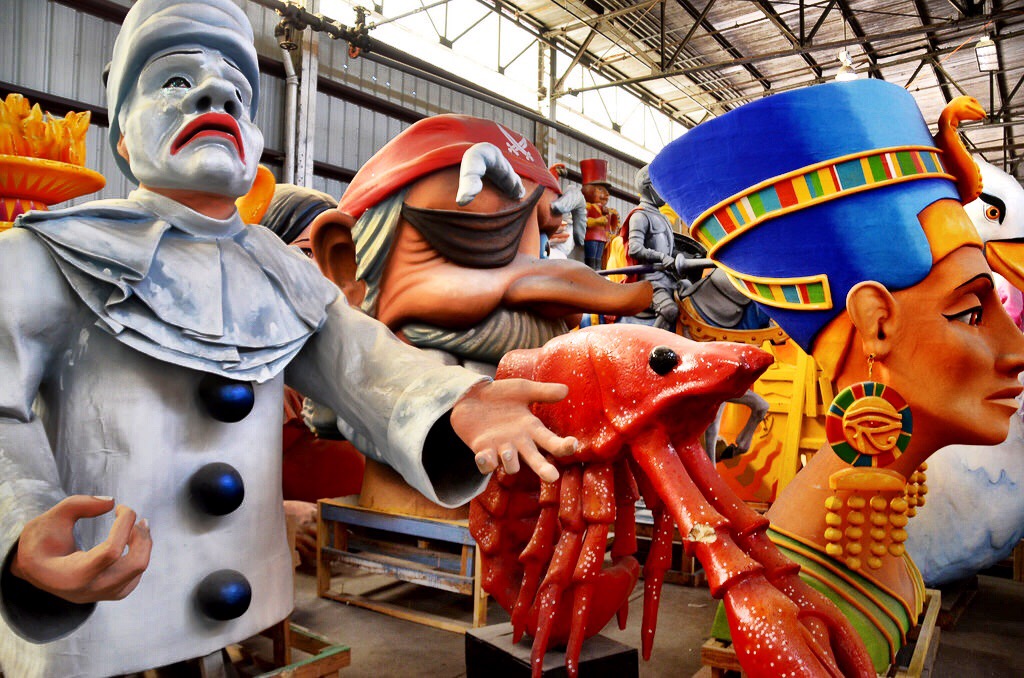 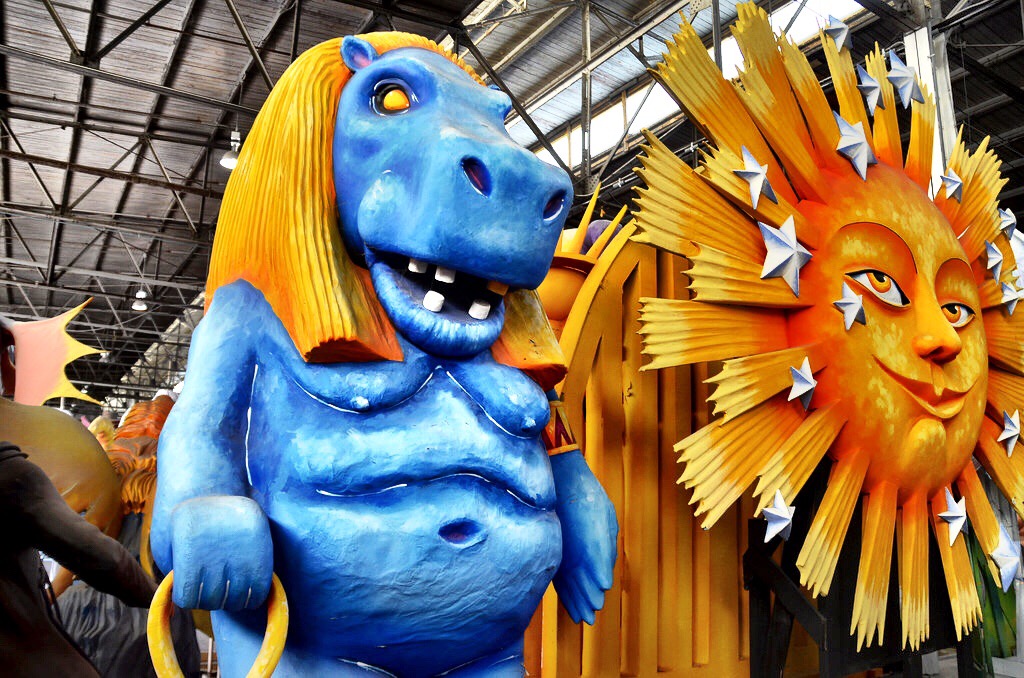 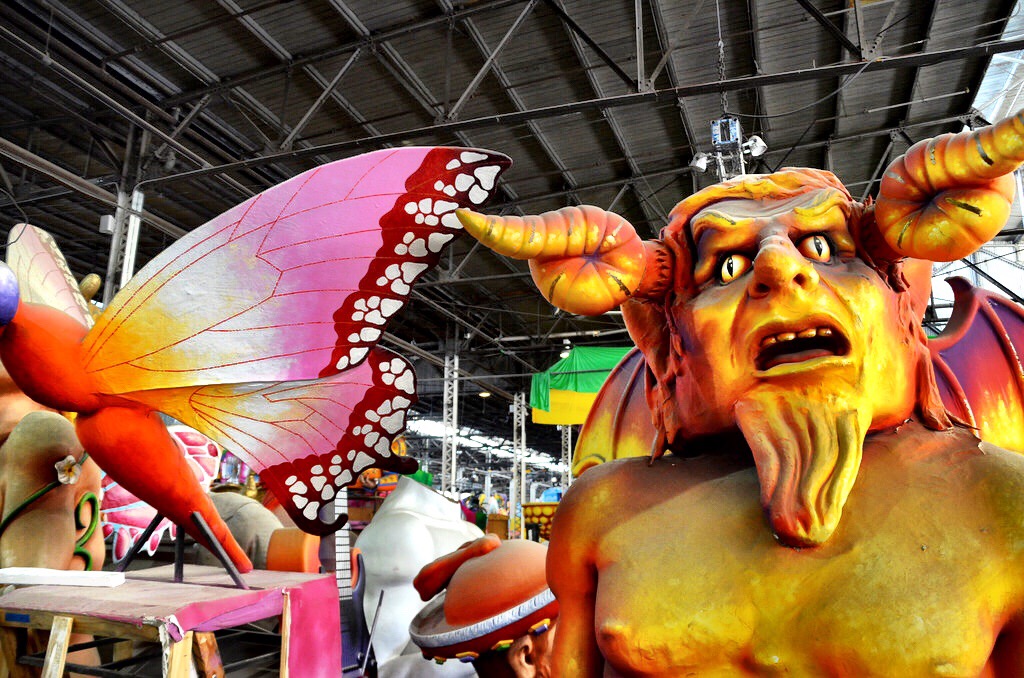 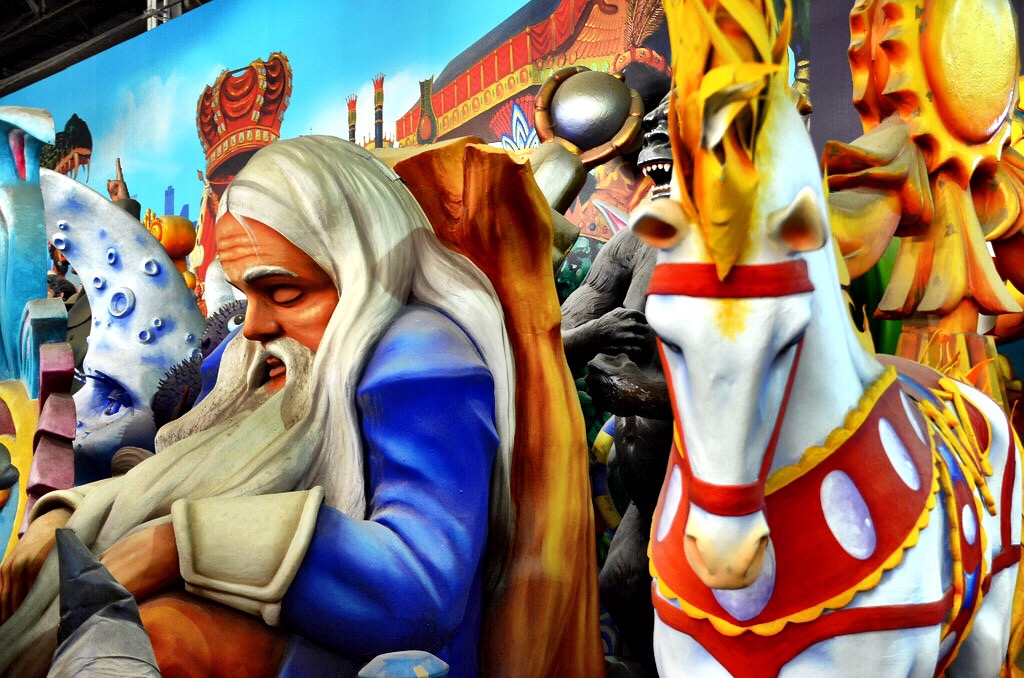 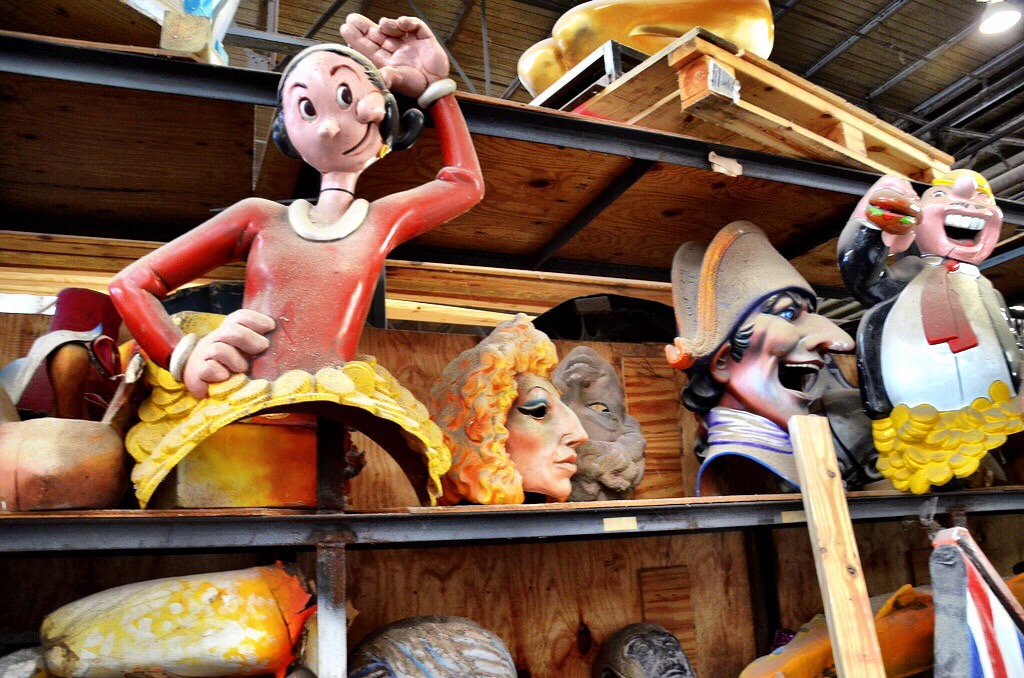 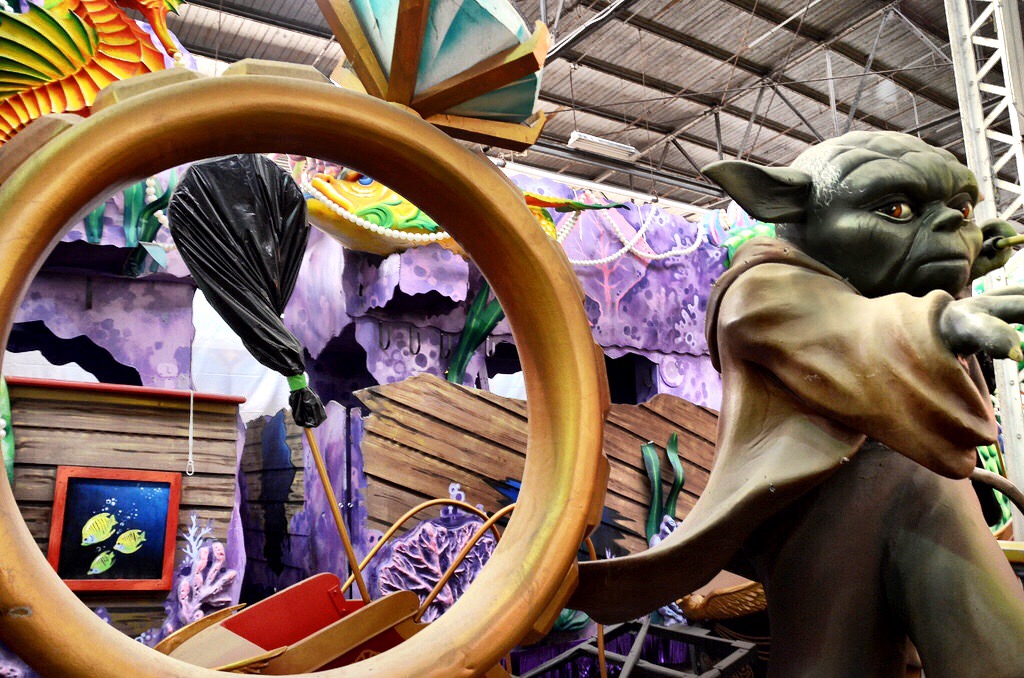 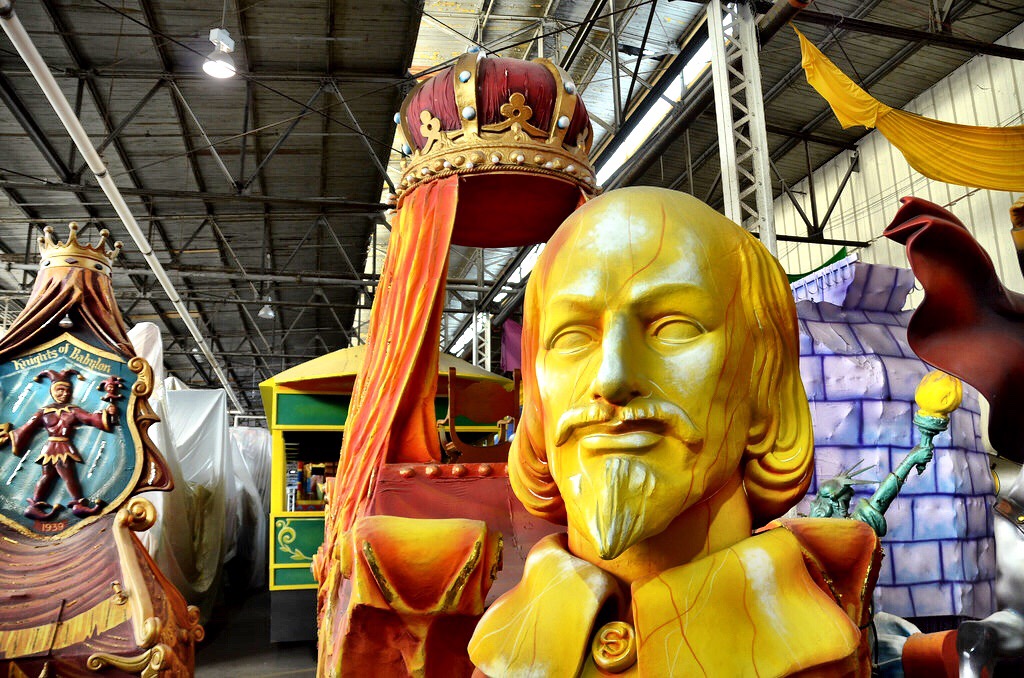