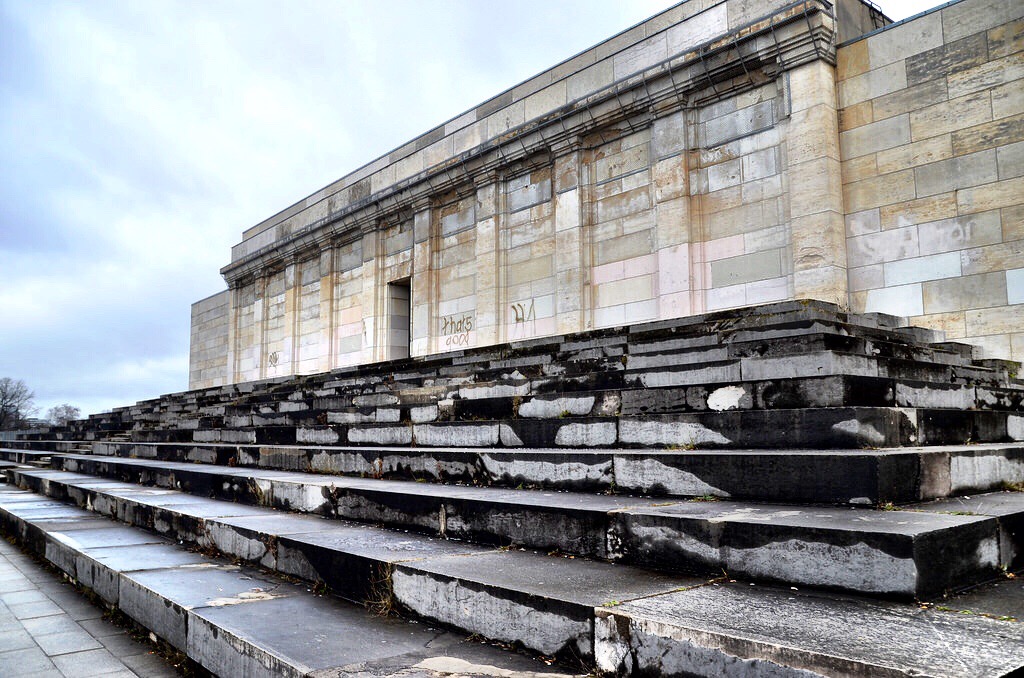 Around Christmas Nuremberg is one of the most festive cities on the planet. Famous for its incredible Christmas Market, the city oozes gingerbread and glühwein in equal amounts, creating the storybook picture of what Christmas should look like. Nuremberg isn’t only about Christmas of course, the city has a very long history from its importance as a medieval power center, to more recent events. It was those events of the 20th century though that intrigued me, the role the city played during World War II and how it has tried to reconcile that dark past. We were in Nuremberg following a holiday river cruise with Viking River Cruises. One reason that we picked this itinerary was for Nuremberg, and spending extra time after the cruise learning more about its past was very important to me. It was with a curious mind then that I decided to explore the very dark side to the otherwise affable city of Nuremberg, Germany.

Obligation To The Past

Chatting about World War II with Germans is something I always find awkward, and I think they do too. It’s a past that they have had to try to grapple with, understand and ultimately reconcile. It can’t be easy, but luckily they well understand the importance of not just recognizing the past, but trying to understand it. That’s especially important in Nuremberg, one of the centers of Nazi life during that dark period.

Nuremberg was important to the Nazi’s for a few reasons. Nuremberg had significant historical importance in the Holy Roman Empire and along with being centrally located within Germany, made a perfect location for Hitler’s Nazi Party conventions. We’ve probably all seen old footage of the massive parade grounds and the frightening speeches made at these so-called rallies. Showcases of party propaganda, they soon came to define the evil of the Nazis around the world. 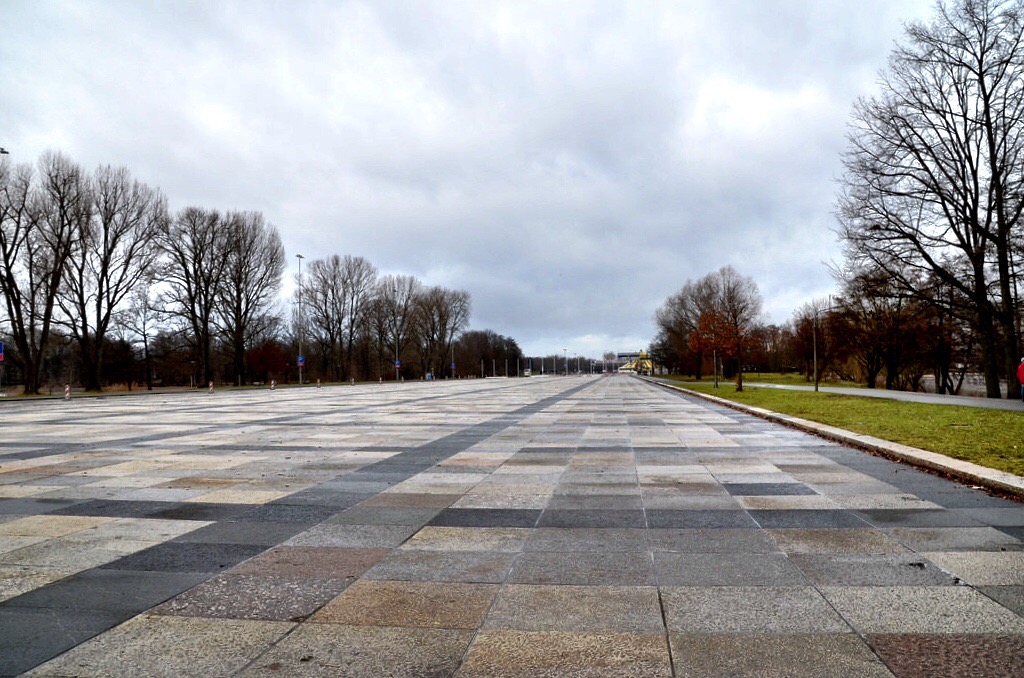 Walking around the now peaceful pathways on the way to the parade grounds, it’s hard to reconcile that this pastoral area was ground zero of evil in the 20th century. Joggers with dogs ambled past and friends stopped to chat with each other. I couldn’t help but wonder what they think of this space. Even more remarkable to me is how much of it is still left standing.

Part of a much larger design plan, walking into the large zeppelin field it’s sadly easy to imagine what the rallies were like. Flanked by small buildings where lights and banners once flew, it is faced by a large sitting area and a stone podium from which Nazi leaders once rallied their followers. Standing there is eerie and depressing, but important I think. Many travelers try to reconcile visiting places famous for their atrocities, but I’ve always considered the experiences to be important for the same reason Germans keep these structures standing. We have an obligation to the past, to those murdered that we never forget and in Nuremberg visiting these once importance places is the best way to do that. To really understand the events of World War II though, it’s important to walk back around that now peaceful lake to the Documentation Center, housed in the unfinished Congress Hall of the Nazis. 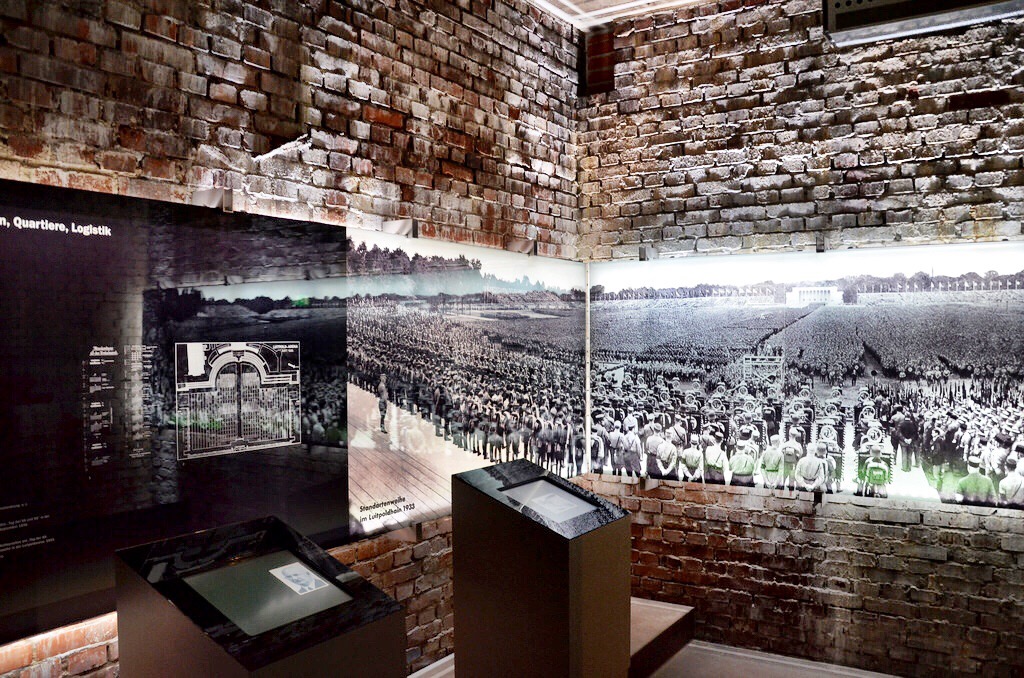 It is not easy to address one’s evil past, but the curators of the museum at the Documentation Center have done as good a job as any in the world. The permanent exhibition, ironically held in what was to have been the center of Nazi rallies and propaganda, goes through the causes of World War II, the rise of the Nazi party and the rallies themselves, held within sight of the museum. 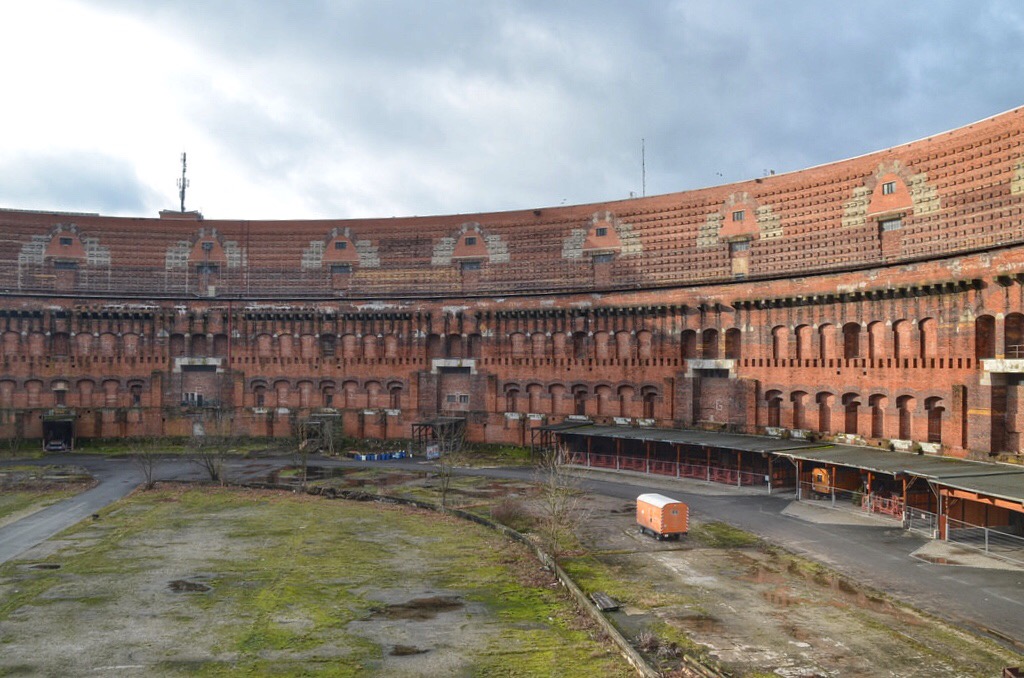 To properly enjoy this world class museum would take hours, and it should. There’s a lot of information and for many of us it provides an interesting and different point of view to the events of World War II than we are used to. A walk through the center ends with a view into the unfinished Congress Hall designed to be the largest in the world. Once again I marveled at the fact that it is still standing. Following the war, Nuremberg had other matters to worry about and left these relics alone, not purposefully but because there was just so much else to do. Over the years these rally grounds were largely forgotten, used to store the stands from the famous Christmas markets and as a place for carnivals to set up. Thankfully though, about twenty years ago that all changed and a conscious decision to keep these last remaining relics of World War II was made. Not as commemoration of course, but so future generations could see for themselves what evil was wrought. 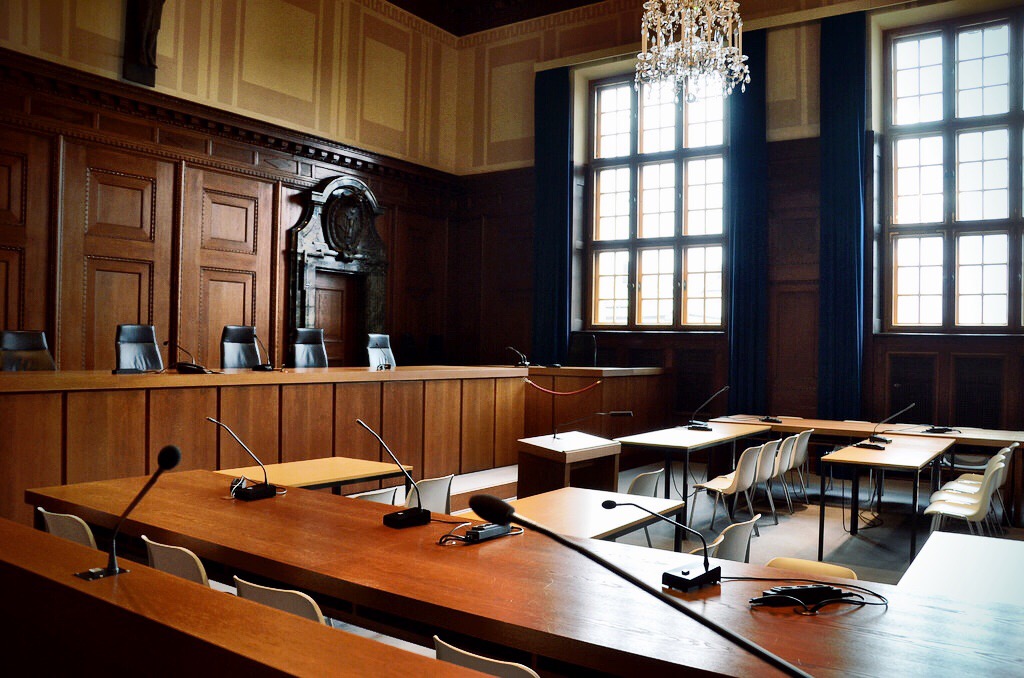 The importance of Nuremberg during the Second World War of course didn’t end with the rallies. The Allies used the city as the location for the also famous war trials that followed the end of the conflict, and which are explained and showcased in the beautifully done museum known as the Memorium Nuremberg Trials.

The Allies chose Nuremberg for a couple of reasons. Sure, the optics of trying Nazi leaders in one of their most important cities was significant, but the real reason was much more pragmatic. Following the cessation of hostilities, Nuremberg was home to one of the last remaining standing courthouses in the country that could accommodate trials of this size; trials that lasted for years and which put on the stand Nazi leaders to pay for their crimes against humanity. The trials themselves were important, and set new precedents in international law about how we prosecute leaders for vicious attacks against their own people as well as foreign combatants.

The museum is housed within the still active justice building and takes visitors through the legalities of the trials themselves, the results and the importance they had on society not only in Germany, but around the world. It’s hard for us today to imagine what that must have been like, to listen to confessions of atrocities so extreme that it is hard to even contemplate. A visit to the center concludes in the also still used today courtroom where those trials happened, where some of the most grotesque monsters of human history stood and where, ultimately, many were convicted.

To understand the foundations of World War II and Nuremberg’s role in the conflict, it is important to visit all the connected sites within the city. Unlike some other places, Germany and Nuremberg in particular has done an excellent job of not just remembering the past, but explaining it to outsiders. That’s one of the hardest things I think to really do well. Some may want to forget World War II and to chalk it up to events of another generation. That can never be done of course, we owe it to ourselves and future generations to always remember what happened in those frightening years, to preserve what we can of it and to share it with as many people as possible. It is only through careful remembrance of what man is capable of that we can hopefully prevent events like these from ever happening again.

16 thoughts on “Exploring The Dark Side of Nuremberg, Germany”