On a recent flight from Germany back home to the US, I decided to treat myself to an upgrade to the new Lufthansa Premium Economy. I’ve flown in this class of service on other airlines and in general really like it as a comfortable option in between Economy and Business classes. I’ve had mixed experiences with Lufthansa in the past, both in Business as well as Economy and it’s largely depended on the equipment (specific aircraft) used on those particular flights. I was optimistic though about their new Premium Economy and here is my quick and very honest look at what the actual experience was like.

Boarding the plane it was obvious immediately that the Premium Economy seats were better than the standard coach class accommodations. Bigger with more space, they looked (and were) inviting and comfortable. But the section on the plane is very oddly placed in between two normal Economy class sections with no separations in place. (We were on a 747-8i) That meant two things: 1) it was very awkward flying a few rows in front of folks who didn’t splurge for the upgrade and 2) most of those people didn’t realize that there was a price difference and kept trying to move seats throughout the flight. For 8 hours the flight attendants acted as Premium Economy police, keeping folks out and eventually giving up, letting anyone sit there. As someone who paid more for the perks associated with Premium Economy, I wasn’t at all happy about that and the fault really has to do with the cabin design. Why would you put a premium class in between two regular class sections like that? It makes no sense and just leads to unnecessary strife.

The chair was indeed comfortable and I was happy with the extra space and room, much needed on a longer flight. We didn’t fly overnight so I can’t say whether or not it’s great for sleep, but the chairs didn’t seem to recline nearly as far back as other Premium Economy sections I’ve flown in. 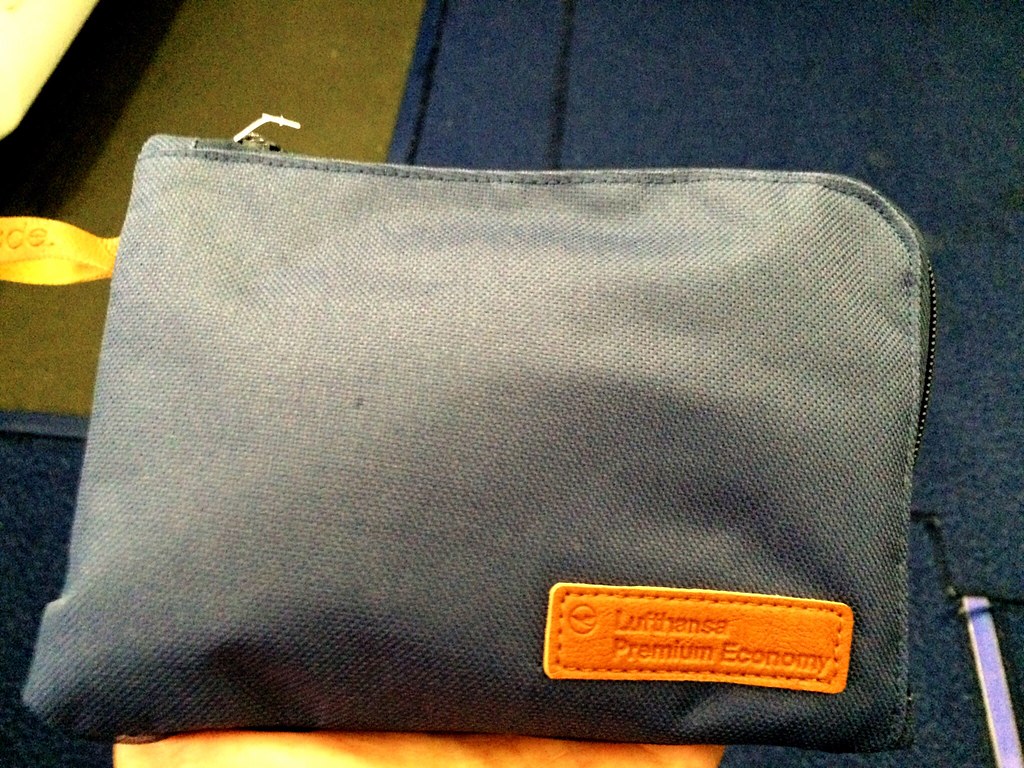 A good Premium Economy section should have some perks, it should feel special. I usually equate it Business Class lite. I sort of got that feeling with Lufthansa, but not completely. We were offered a welcome drink, which was nice along with bottles of water in our seats, which for me is an absolute necessity when I fly. On other airlines each section, including Premium Economy, has its own menu with special dining options. While I was presented with a menu during my Lufthansa flight, I quickly realized that the food was the same as what was offered to those in Economy. All they did was print out the choices for us and put it in menu form. It’s another oddity on a flight full of them. How hard would it be to give me better food options since, presumably, that’s what I paid for? Our snack before landing was indeed different, but ironically enough not nearly as good as what was offered to those in coach so many of us just went with that instead.

There was an amenity kit, which was nice, and included the usual items needed for a restful and comfortable flight. There wasn’t a lotion, but I understand their desire to keep perks like those reserved for Business and First class. Again though, the flight attendants couldn’t stop regular Economy class passengers from pilfering them since the kits were left even in empty seats and once again I wasn’t happy that my expensive perk was free for the taking, further demanding some sort of separation between the classes of service. 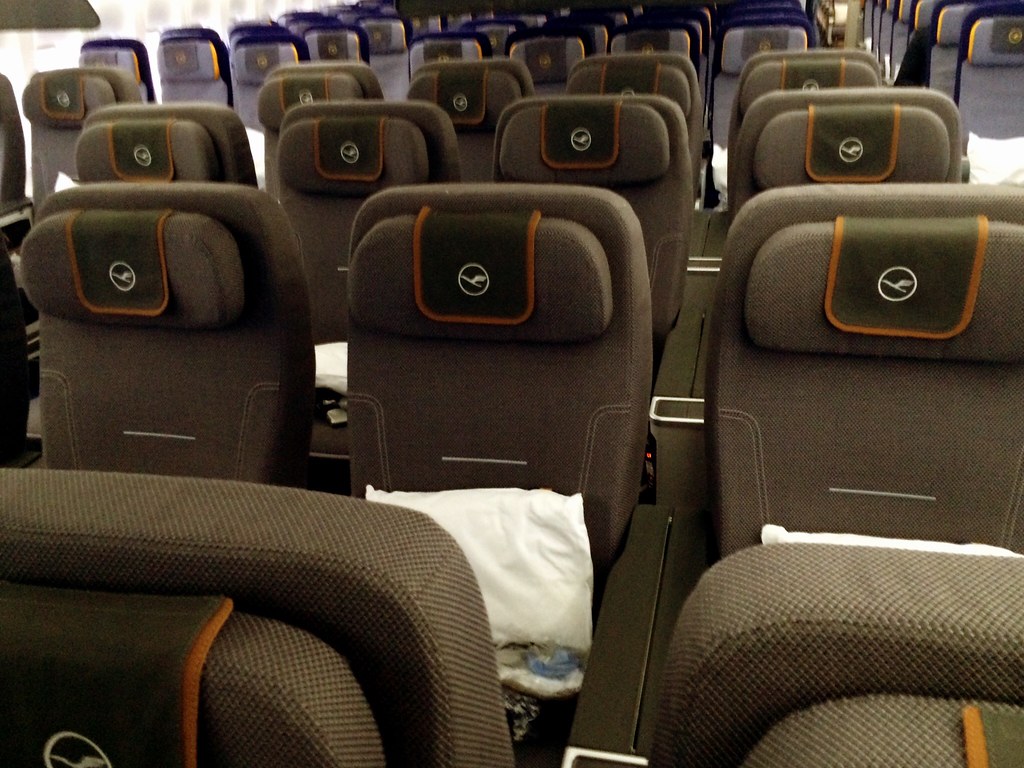 Flying in the new Lufthansa Premium Economy was fine but I am not totally convinced that I would upgrade again. At the time of writing, I think Lufthansa needs to do a little more to make this class of service feel more special, although having extra room on a night flight is certainly well worth the extra expense.

Have you flown in Lufthansa Premium Economy? What did you think?