There are a lot of great reasons to travel, but at the end of the day it’s all about the experiences. Travel has never been more exciting and it seems that new options to interact with local communities has hit its stride as a travel style. So I decided to look back at the last year and highlight just a few of my favorite experiences both close to and far away from home in 2014.

It’s really hard to isolate a single experience from a trip to Australia; the entire country is just so remarkable. But in thinking back on my trip in January, there were two days that were better than all the others and I realized that I just had to highlight the experience. Australia’s third largest island, Kangaroo Island is located off the coast of South Australia it’s as close to a natural zoo as you’ll find almost anywhere in the world. Some of the animals you will see on a visit include kangaroos, koalas, wallabies, penguins, echidnas and more. I’m a wildlife guy and I have to admit that the promise of wildlife viewings really is what drew me there in the first place. We didn’t have much time so we used the expert services of Exceptional Kangaroo Island, the best touring company on the island and definitely the most luxurious. Led by affable Craig Wickham, a lot is packed into a short period of time and we did everything from walking next to kangaroos in an open field to enjoying a white linen lunch with a view to die for. Those two days were exceptional, not just for the amazing wildlife I saw in person but for the warm hospitality extended to me.

At first the adventure sport of coasteering seems like the bad result of a drunken wager gone wild. But it’s not and even more surprising, it’s insanely popular and a lot of fun. Coasteering is defined as “a physical activity that includes movement along the intertidal zone of a rocky coastline on foot or by swimming, without the aid of boats, surf boards or other craft. It can include swimming, climbing, scrambling, jumping and diving.” It sounds great in the middle of a hot summer, but I was there in March when the water temperatures were anything but encouraging. Located along the Irish Sea, the beauty of Anglesey can’t be denied though and I soon found myself lost in the beauty of the craggy landscapes surrounding me. The extreme experience was just as advertised and not even my two wet suits could fully keep the freezing waters at bay. In spite of the conditions though it was fun, a lot of fun and diving along the coast, swimming across the white-capped waves and pushing myself in ways I didn’t know I could was as personally gratifying as anything I have ever done. Ultimately, that’s the real thrill of adventure travel; pushing one’s comfort zones in ways you didn’t know possible.

Located near Stellenbosch, South Africa, Kayamandi isn’t necessarily all that different from other townships found around the country, but for me it was an especially poignant experience. Townships are holdovers from apartheid, when non-whites were forced to live in large communities, such as townships. In Stellenbosch, the Kayamandi Township was at first home to mostly black laborers, there to work the nearby farms. All townships around South Africa evolved over time, many of them turning into small cities. Unlike a real city though, townships lack key aspects of infrastructure, like sewage, universal running water, and well-organized electrical grids. Townships still exist today, but they’re evolving and many, like Soweto, have distinct sections home to middle-class individuals as well as the very poor. There is most definitely poverty in a township, but that poverty doesn’t define the experience. That was brought home to be when I met Mama Lily, who invites tourists like me into her home in the township to teach us about Xhosa cooking and to share stories from her very remarkable life. It was a beautiful moment in a place that has many more similar moments for anyone who takes the time to look.

I traveled halfway around the world to Siem Reap for one reason – to finally see the unusual Khmer ruins of Angkor Wat in person. I love history and archeology and had long tried to visited this legendary site, so that when the chance finally arose I couldn’t say no. I was surprised though; I thought that the main building of Angkor Wat would impress me the most, but that wasn’t the case. Instead it was another nearby temple, Angkor Thom that really wowed me. The feeling is undeniably eerie as you walk amongst the many stone towers of Bayon, the massive faces staring straight through you. They’re said to be of the god-king Jayavarman VII, the monarch responsible for the massive temple. It was a special experience for me, a beautiful one that I know I will never forget.

Dubrovnik is one of my favorite cities in the world, its golden buildings and massive walls seem like something out of a fantasy novel. I visited the city for the second time this year, but it was my first experience seeing it in an entirely different way. Starting from the small harbor near Place Gate, several companies take adventure travelers out for a kayak excursion around the city walls of Dubrovnik. From the other side of the wall the beauty of the architecture is seen without impediments, a lasting tribute to the souls who worked on its construction. Small details, like carvings and statues that can only be seen from the water came into view. After two trips to Dubrovnik I can honestly say that this kayak adventure was one of the best things I’ve done in the city. So if you’re curious and active like I am, be sure to plan your own adventures kayaking around Dubrovnik the next time you visit.

The main reason I drove along the Cowboy Trail in Alberta, Canada was to spend a couple of days at the beautiful Sierra West Ranch. Owned by Randy and Ginny Donahue, it’s a true Alberta ranch in every sense of the word. Horses, cows and wide-open terrain are the stuff of movies. But they’re not your typical ranchers. A few years ago they decided to open their home to tourists who wanted to live the cowboy life as a getaway from the modern world. Since then they’ve built a series of cabins and even a small old west town for their guests, who descend on the ranch from all around the world. As a guest I learned how to ride and take care of a horse and even went out with Randy and Ginny to manage their herd of cows. More than the horsemanship and the hospitality of my hosts, sitting out there watching as the sun set over the beautiful plains was a very special moment for me. I felt like I was as far away from everything as a person could be enjoying a private spectacle all to myself. It’s a special place and one I hope to visit again one day.

A Walk Through The Desert in Jordan

During my most recent visit to Jordan, my first experience was perhaps the most unusual, but one that quickly became my favorite. It started off with a 16-kilometer hike through the Dana Biosphere Reserve. This special natural retreat is one of the world’s most unusual and while daunting and not for everyone, the hike takes visitors through beautiful valleys, along dry streambeds and even through an oasis or two. Anyone can do that though, what catapults this into experiential luxury is where you end up; at the Feynan Ecolodge. Named one of the top 25 in the world, Feynan lives and breathes green travel. I arrived just as the sun had set and yet I almost didn’t see the lodge. That’s because there’s no electricity, well not much anyway. Situated in a desert valley, Feynan is completely off the grid depending on solar energy for the small amounts of power it does consume. The hallways and rooms are lit with candles, candles made in a community outreach project with local Bedouins. Everything about this place screams sustainability but in a way that is entirely comfortable. The rooms are well designed and imminently comfortable and the activities on offer allow guests to get closer not only to nature, but the locals who call this inhospitable desert home. The experience is unlike any other in the region and presents the concept of sustainable travel in a way that is comforting and relatable. 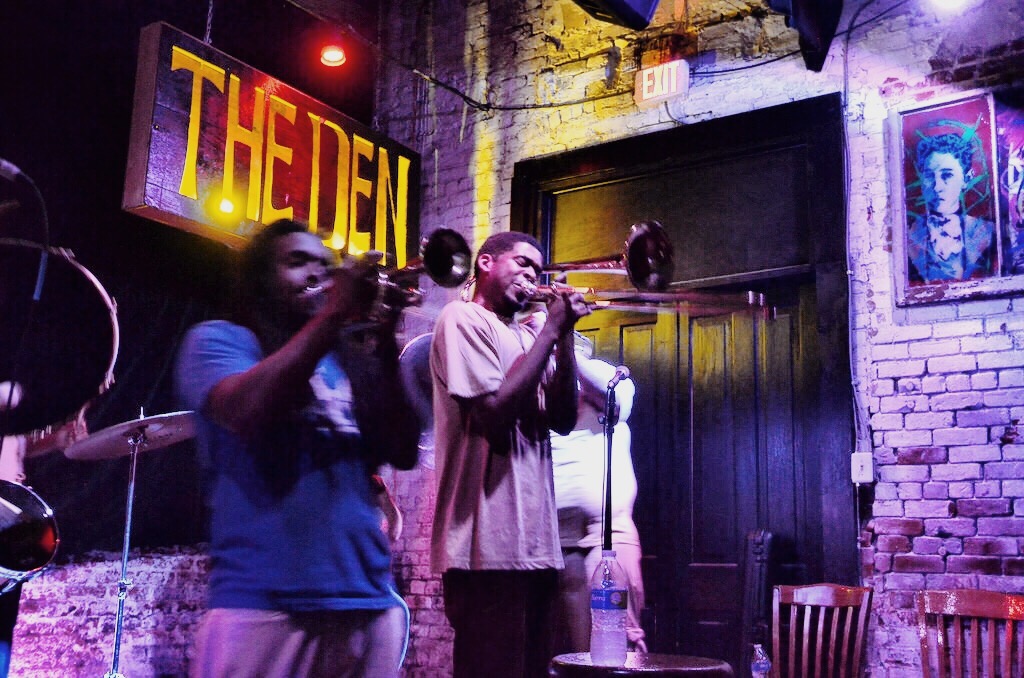 While on a recent trip to New Orleans, the group I was with went out after dinner to a small club to hear an unusual band. Well, it was unusual for me but for New Orleans it was just an average Sunday night. No other city has done more for modern music than The Crescent City and this fierce love of jamming can still be found everyday, throughout the city. The bar was a small one and about thirty minutes late we were led into an even smaller back room. No windows or much decoration, just a place to listen to great live music. The band that night was an all brass band, pumping out some of the most incredible experimental music I’ve ever hear. As I stood there with the small crowd, I thought to myself just how special that moment was. There I was, in the middle of New Orleans enjoying new music coming alive for the first time. I realized just how lucky I am to be allowed these special experiences and it was all brought home to me that night.

What are some special travel experiences you’ve had this year?

2 thoughts on “My Favorite Travel Experiences of 2014”