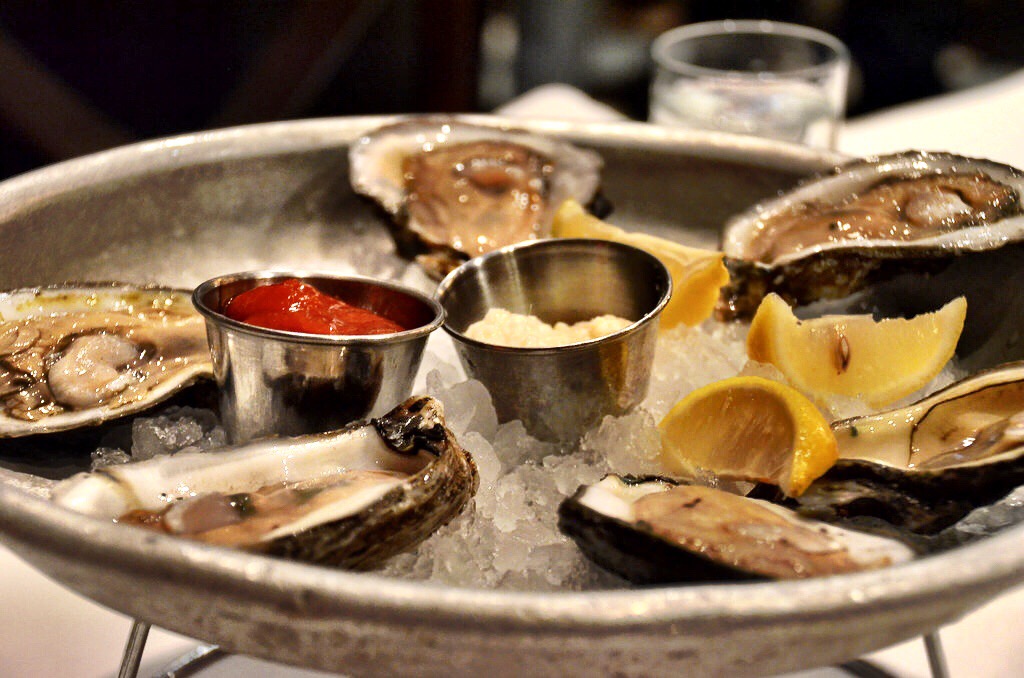 “Would you like some shaved truffle on your stuffed quail?” Chef de Cuisine Drake Leonards asked as he walked around the table at the popular but cozy Lüke Restaurant by John Besh. The quail was just one of four courses that evening, but easily the star of the show. The meal was about much more than just the game bird and certainly the truffles, as a diner I was the latest in a long line of people to enjoy a traditional New Orleans reveillon holiday dinner.

From the French word for ‘awakening,’ reveillon originally was a meal served after midnight mass on Christmas Eve. Typically a Creole tradition, early meals looked a lot like breakfast but also included local delicacies like turtle soup, oysters and of course plenty of wine. By the 1940s the tradition had nearly died out and more common American customs replaced this traditional meal. In the 1990s though, local New Orleans restaurants decided to reintroduce this once important custom as a way to encourage more patrons during the slow season.

Today dinners are 4 or 5 courses and are prix fix, but at a discounted rate. Restaurants want to encourage locals and visitors alike to visit and sample their own unique twist on reveillon and so they make it affordable for many. While in New Orleans I had the great opportunity to try a couple different reveillon menus, and now I don’t know how I survived for so long without this holiday tradition in my own personal life.

Chef John Besh’s Lüke Restaurant is an homage to the great Franco-German brasseries that once filled New Orleans. While their normal menu looks amazing, I was there for their yearly specialty reveillon feast. One doesn’t normally call a 4-course dinner a feast, but as I learned in New Orleans there’s always more food than you expect. Starting out with oysters and homemade pates, the meal followed a succession of tasty morsels including a classically prepared turtle soup, shrimp remoulade, the stuffed quail and a beautiful and not too sweet apple and pear tart. I imagine it’s close to what those reveillon dinners of the 19th century must have looked like and I was thrilled to be able to connect with a different era of New Orleans through my taste buds.

The dinner at Lüke is certainly more traditional than some and really brings out the flavors of old New Orleans with the turtle soup, seafood and game. But other restaurants decide to take a more modern twist, but one that still pays homage to the tradition. They have to because the term ‘reveillon’ is actually trademarked by French Quarter Festivals and they have to approve menus and the use of the word. So if you eat one of these beautiful reveillon meals in New Orleans, you can rest assured that it’s following culinary rules established long ago. I found one of these modern renditions at another famous New Orleans establishment, the Palace Café on Canal Street.

Part of the famous Brennan family restaurants, the Palace Café is a massive restaurant that somehow manages to retain excellent service and delicious food. My dinner there was the best during my brief stay in New Orleans and I still can’t stop thinking about some of the dishes I enjoyed; the mark of a truly great meal.

The Palace Café reveillon starts with what in all honesty is the single best plate I have had in a very long time; years probably. Named the D.B.L.T.E, this appetizer includes duck bacon, arugula, farm tomatoes, fried duck egg, toasted brioche and a jalapeño-Satsuma marmalade. The way the yolk of the egg spreads out across the duck and the sweet marmalade is just a perfect combination of flavors. I hope they consider adding this one to their permanent menu; it’s just that good.

The reveillon progresses along a decidedly aquatic theme: duck pâté en croûte, followed by an entree of either duck pancetta and seared scallops or honey glazed duck and finished off with a very unique foie gras ice cream. The ice cream definitely intrigued me, it includes a bayou spiced rum poached apple, peanut butter salted caramel and chocolate covered duck cracklin’. I ultimately didn’t order it, but I did have some of a friend’s and it was a little unusual, but tasty none the less. If you’re at the Palace Café though it’s hard to pass up their famous white chocolate bread pudding or the Bananas Foster – two of their most famous desserts.

It’s not just all about massive amounts of food though, reveillon is of course about spending time with friends and family and what better way than to start off a meal with a special libation? I mean, it is New Orleans, after all. There is no shortage of places to grab a pre-dinner cocktail in New Orleans, but for a great experience and a special reveillon drinks menu, then Galatoire’s 33 is the place to visit. Located adjacent to the world-famous Galatoire’s Restaurant, 33 is a more laid back bar and steak house and their master mixologists have put together cocktails perfect for chilly winter evenings, all of which make for a perfect start to a reveillon experience. 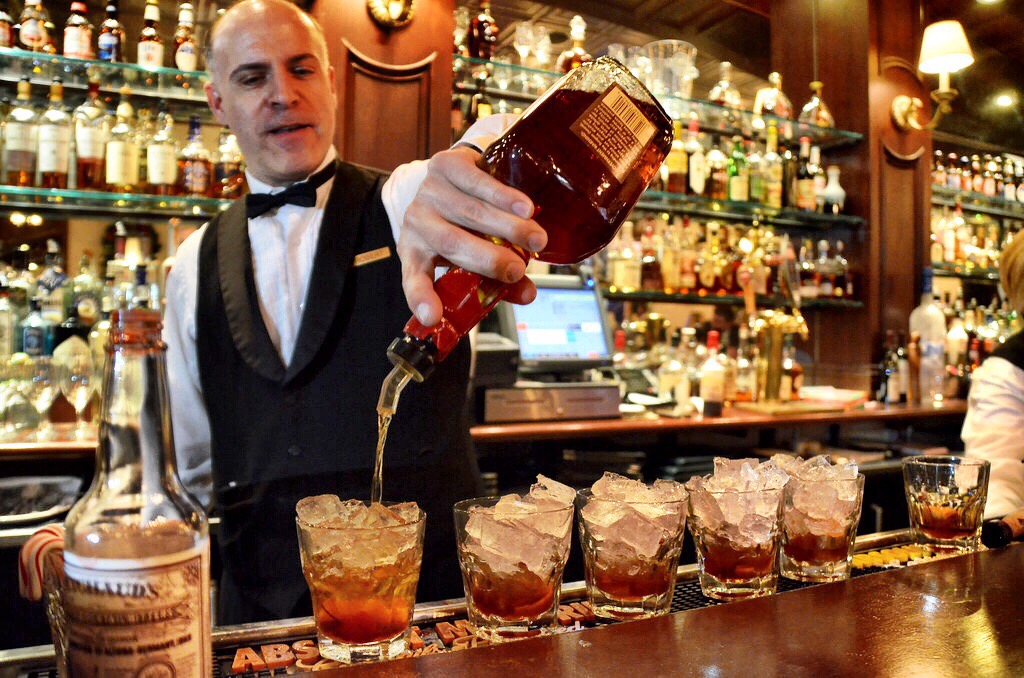 Twists on classics like the Santa’s Old Fashioned and the Spiced Rum Hot Toddy are popular, but the star of the cocktail show is the Brandy Milk Punch, which the bartender shakes a little nutmeg on for that holiday feel.

No matter which restaurant in New Orleans you choose for your reveillon celebration, you owe it to yourself – local or not – to enjoy this tradition. New Orleans surprised me in a lot of ways but especially at how festive it is during the holidays. December isn’t remotely cold, not by my standards at least, and the concerts, activities and foods like the reveillon dinner make it a fun place to explore this time of year.

Have you ever had a reveillon dinner? What did it include?

2 thoughts on “The Holidays On A Plate: Traditional New Orleans Reveillon”