I mostly like spas. Better said, I like the concept of spas but normally my brain refuses to shut off completely, which means they don’t usually put me into the relaxing mood everyone else feels. Typically I stress out about not being able to relax and find myself unable to decompress. Yeah, I’m a riddle in an enigma and all that jazz. But while sailing onboard the new Regal Princess, Princess Cruises’ newest cruise ship, I noticed a category I don’t often see on spa menus and I instantly knew that I had to give it a try – acupuncture.

Now, I’m not a new age kind of guy. While I do believe in the power of positive thinking, crystals, oils and the rest leave me skeptical. But I was willing to try acupuncture because intellectually I put the practice in a different category. Instead of snake oil, I have always considered it to be just another type of medical practice; one which we Westerners know precious little about.

If you’re like me, then all you know is that it involves needles, so please allow a very brief, 2-sentence backgrounder. The skin has various acupuncture points that can be stimulated by several means, including small needles. Stimulating specific points changes the imbalances of qi or energy, thereby correcting whatever ails you. This is a greatly simplified explanation, but you get the idea. It’s more than I knew actually before I stepped into the quiet room onboard the Regal Princess, wondering about how wise it was to undergo needle therapy onboard a moving ship.

The experience was nothing like I had imagined though. In my imagination, I conjured up large, steel needles and a doctor placing hundreds of them all over my body. I was actually somewhat excited about how cool the resulting photo would look. That imagery instantly fell away as the reality of what modern acupuncture looks like set in. 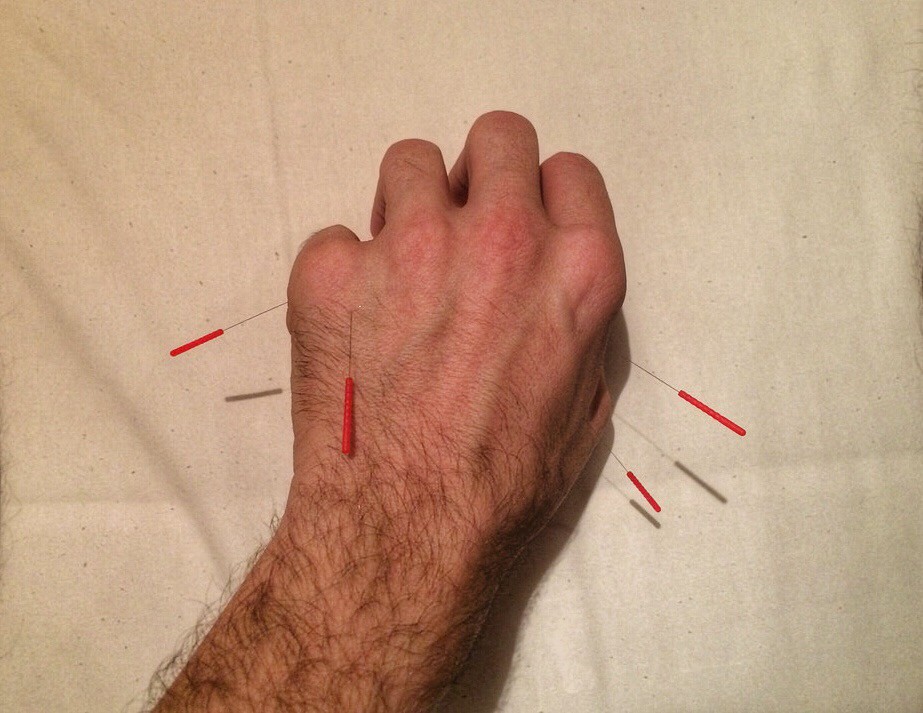 The therapist was kind and gentle, originally from British Columbia she left home for a change of scenery and some excitement. “BC is boring,” she calmly told me as I sat opposite her in the consultation chair. We chatted for a few minutes about what was ailing me and since I had no specific concerns I wasn’t sure what I was going to get out of the experience. I had been stressed and fatigued, but as soon as I mentioned that I sometimes have issues with my sciatica the therapist’s eyes lit up and she clapped her hands. “Then that’s what we’ll correct! It’s actually the most common thing I see.” She was so excited I didn’t want to tell her that I wasn’t currently in any pain and followed her back through the bowels of the spa to a quiet escape; lights dimmed and incense lit all in preparation of my peaceful first experience with Eastern medicine.

Instead of a forest of large steel needles, the therapist delicately placed several small hair-sized needles in specific areas of my body. I didn’t have to change or disrobe; only my hands and feet were treated that day. She carefully explained the reasons for the needle placement and before leaving me to relax she told me to expect some “tingling sensations.” There I was, laying face up staring at the ceiling, in a dimly lit room with small needles in my hands and feet. I felt and looked like a human porcupine and frankly, I wasn’t sure what to expect. Five minutes went by, then ten and still no tingly feelings, nothing at all in fact. The kind therapist checked in every once in a while to make sure I was alive before quickly buzzing off again to treat other clients. 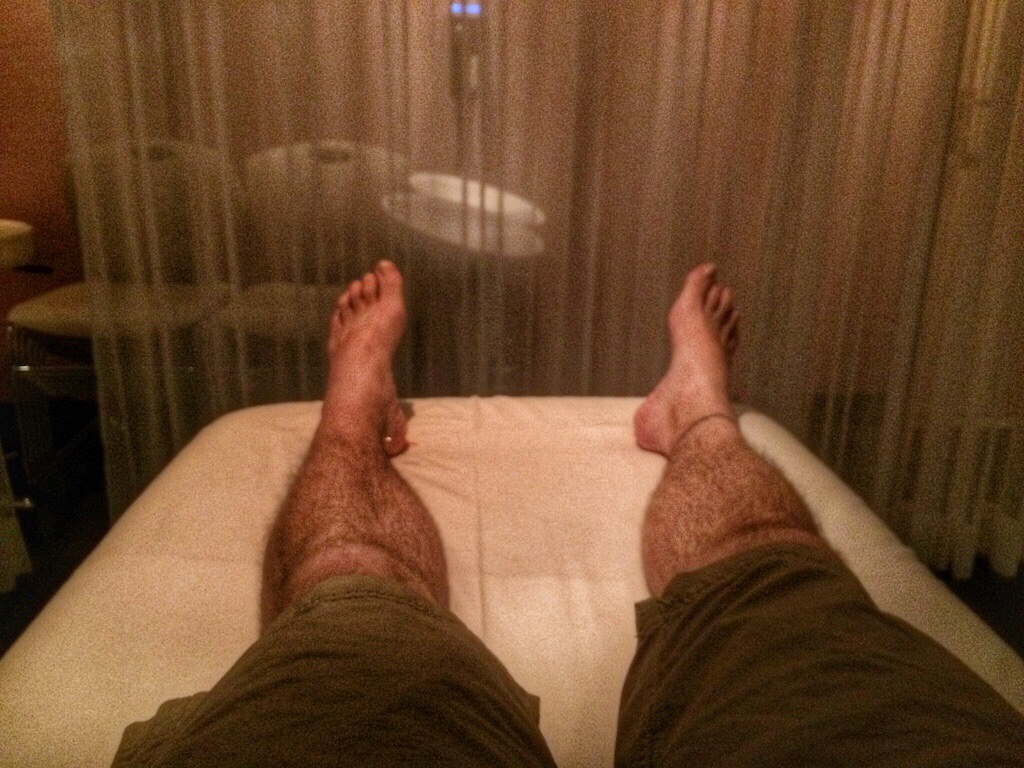 The secondary effect of acupuncture is a general feeling of calm and a reduction in stress, which I did feel. But I couldn’t help but wonder if that was due to the needles or to the fact I was falling asleep in a dimly lit space that was filled with calming music. I could’ve done that in my cabin and experienced the same sensations, saving $150 in the process. My active brain decided not to turn off and I began to ponder the benefits of acupuncture. I didn’t feel any physical changes, I have no idea if the flow of my energy was rerouted or not. But I decided that the overall experience had left me more peaceful and relaxed and maybe that’s the real benefit to the procedure. Maybe it’s ok for folks to go in for dubious treatments as long as they believe it helps them. I don’t see anything wrong with that.

I left the spa content, a little sleepy but not really changed in any way. Did the acupuncture work? Who knows? Later that day I did notice that my leg and back seemed to be doing better, so there’s that. But more than physical benefits that may or may not have been realized, I was definitely more relaxed. Some of my stress had indeed melted away and the rest of the day was spent relaxing onboard the ship. But that’s the goal of any spa treatment really. Sure, there are physical benefits, but the mental ones are just as important. So if given the opportunity would I try acupuncture again? No, probably not but not because of the process or even those needles. In all honesty, the needles were a complete non-event. No, I would skip it in lieu of other spa services that I enjoy more and produce the same results because that’s all I really need in a spa treatment; something to relax me and allow for a few moments to de-stress and at least I can feel the results of a great massage, which I can’t say of my acupuncture treatment.

Have you tried acupuncture? What did you think?