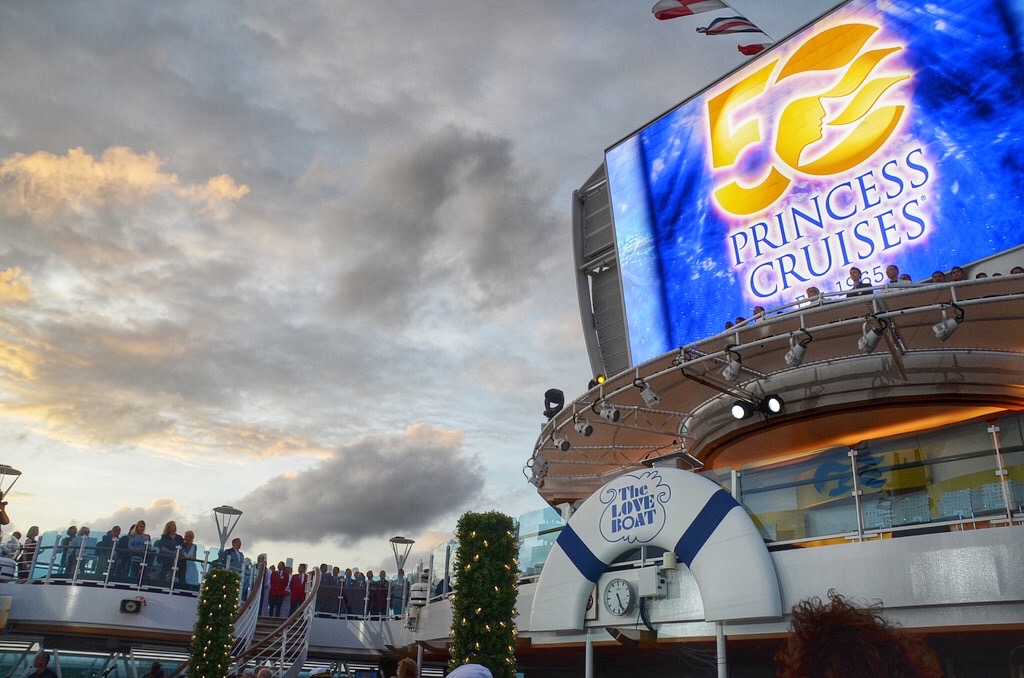 One of the earliest lessons I received in geography wasn’t from an encyclopedia or in school, it was from watching episodes of “The Love Boat.” Places like Acapulco, Puerto Vallarta and in later seasons Hong Kong and Turkey, all seemed like alien destinations to me. They were exotic and sounded like a world away from my small hometown. That show, along with my natural inclination towards travel, helped develop a tremendous love of the world and exploring it. Last week I had the chance to meet the architects of that wanderlust when I visited with the cast of “The Love Boat,” reunited to celebrate the christening of Princess Cruises’ newest ship, the Regal Princess.

The naming ceremony itself was a star-studded event and one I am thankful for having been invited to. Not only were the principal actors from the show on board, but more than 20 former guest stars were there as well to join in the celebrations. As you’ll remember, “The Love Boat” depended on a rich array of guest stars every week to make the show the success that it was. At the naming ceremony were the likes of Florence Henderson, Charo, Marion Ross, Jamie Farr and more. Standing on the top deck next to these folks, all of whom I’ve watched and admired for years, was a very special privilege.

But it wasn’t until the next day during a special press conference with the stars of “The Love Boat” that I began to appreciate and understand the effect the show had on millions of people like me. Journalist after journalist stood up and before asking any questions prefaced their statements by saying how much the show had meant to them personally. Writers from around the world expressed sincere thanks to the cast and I began to wonder about this strange phenomenon. Like me, they were touched on a deeper level by a show that at first glance wouldn’t seem like a candidate for such meaningful interactions. Don’t get me wrong, it was a great show, but we’re not talking about “M*A*S*H” here; it was always meant to be a lighthearted program. 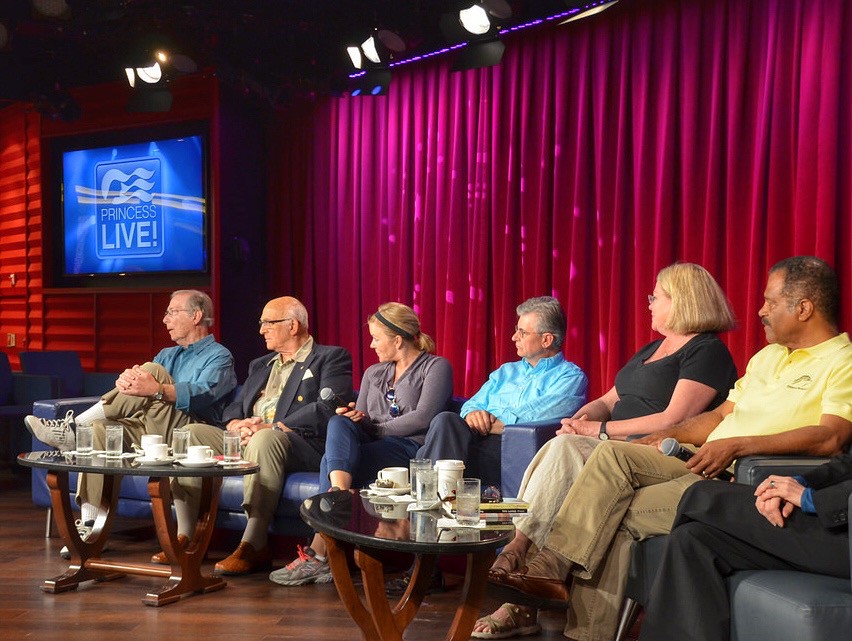 “The Love Boat” was about much more than some interesting stories, it introduced America and indeed the world to the joys of cruising. Before “The Love Boat,” the popular conception of cruising was that it was an exclusive vacation only for the top one-percent. “The Love Boat” showed future guests what the realities were like and, more importantly, the amazing places you can visit on a cruise.

In the years that followed, more and more people became interested in cruising and gradually it became one of the most popular vacation options out there. Today it’s an immensely popular way to travel, especially for Americans. Millions take to the seas every year, leaving from places like Miami, Baltimore and New Orleans to visit Mexico, the Caribbean and even more exotic locales around the world. Believe it or not, but this is almost entirely thanks to “The Love Boat.” The show, and the actors who breathed life into those scripts, were and still are the best ambassadors cruising has ever had. 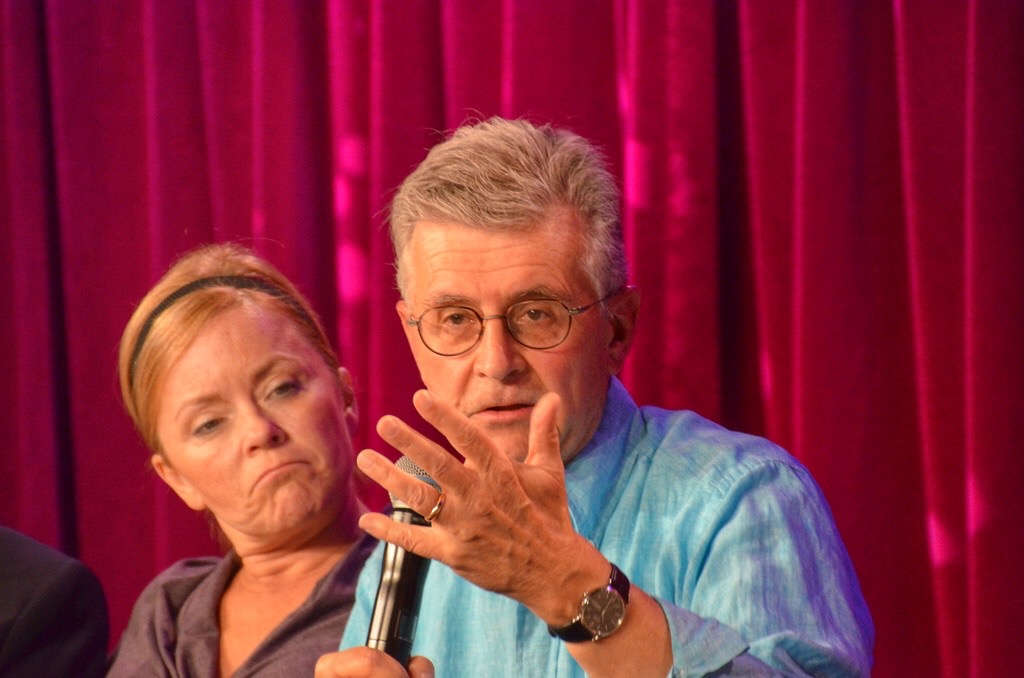 During that press conference, the actors graciously answered all questions, both serious and not. When asked to reflect on the effect the show has had on the travel industry, to a person they acknowledged the joyful responsibility it was and while they would never have guessed it when filming, it is a mantle that they all wear well today.

Princess Cruises obviously made that particular sailing all about “The Love Boat,” but it is a spirit that they embrace on every cruise. If you sail with them during the next year, you will see that iconic Love Boat font everywhere on board, in recognition of the cruise line’s 50th anniversary. There are special Love Boat disco parties on every sailing and in your stateroom you can sit back and catch up on old episodes of the show via the Princess entertainment system. It sounds corny, but watching those episodes while onboard was important to me. It put me back in that old spirit and the feeling of nostalgia and adventure were palpable. I love the fact that everyone who sails with Princess can relive those memories as well. 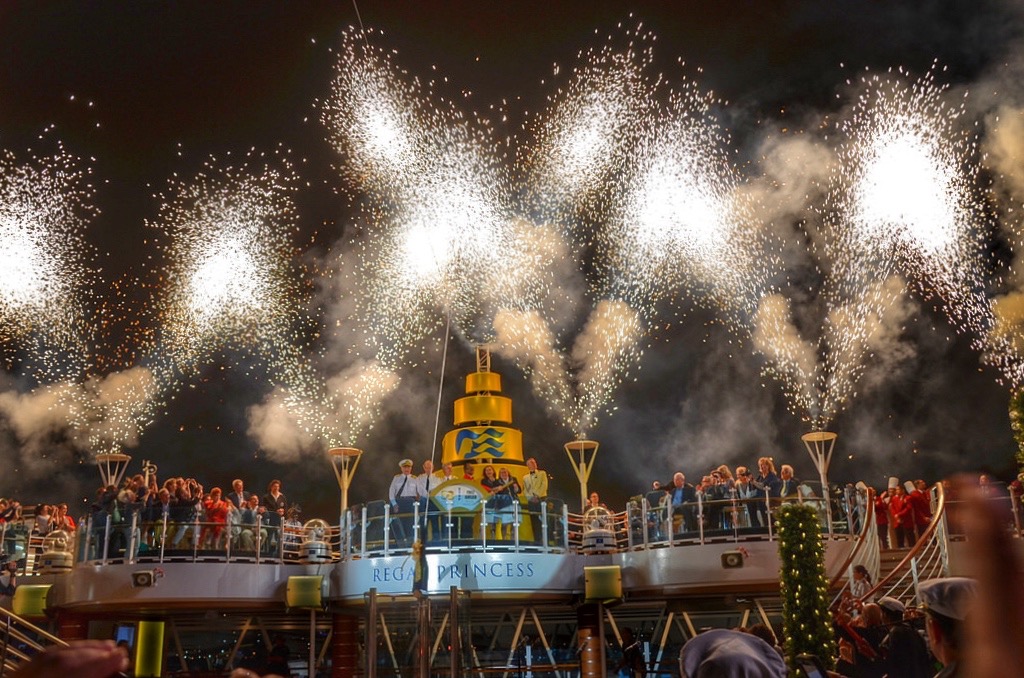 At first blush, inviting the cast of “The Love Boat” for a reunion onboard their new ship and to be Godparents of said ship may seem like a publicity stunt; but it wasn’t. The cruise line’s commitment to the legacy of “The Love Boat” is very real and after chatting with the actors, I learned that their commitment to the cruise line is just as strong. They sincerely love their affiliation with the show and Princess, and that love shined through during the long weekend reunion.

What motivates us to travel is complicated, but I’ve found what we see and experience in childhood is important. It can be something silly, like a photo in a book or even a TV show, but those motivations tend to stay with us well into adulthood. For me, sailing onboard “The Love Boat” was a dream I never thought attainable, until a few days ago. Thanks to the warm embrace Princess extends to the show and fans of it, anyone can feel like a special guest star for at least a few days.

Did you watch “The Love Boat” growing up? Did it motivate you to travel?

2 thoughts on “A Look At What Motivates Us To Travel: The Love Boat Reunion On Princess Cruises”