Like millions of others around the world, I’m a big fan of Game of Thrones. I’ve read all the books that have been published (why won’t he write faster?!) and I love seeing them brought to life on the miniseries. So when given the chance to walk through some of the film locations on a visit to Dubrovnik, I jumped at the chance. But almost immediately I realized, to enjoy the tour it doesn’t really matter if you like the show or not.

When the miniseries first started taping, the production company used Malta as a stand-in for several locations, including Kings Landing. Let me stop here for one second: if you haven’t read the books or seen the TV shows don’t worry, I’m not going to lapse into endless paragraphs of jargon and weird words. Just a few, to offer explanation, but please bear with me for a moment. As I was saying, Malta was originally used but then in later seasons Croatia, specifically Dubrovnik, became their preferred filming location for city scenes. 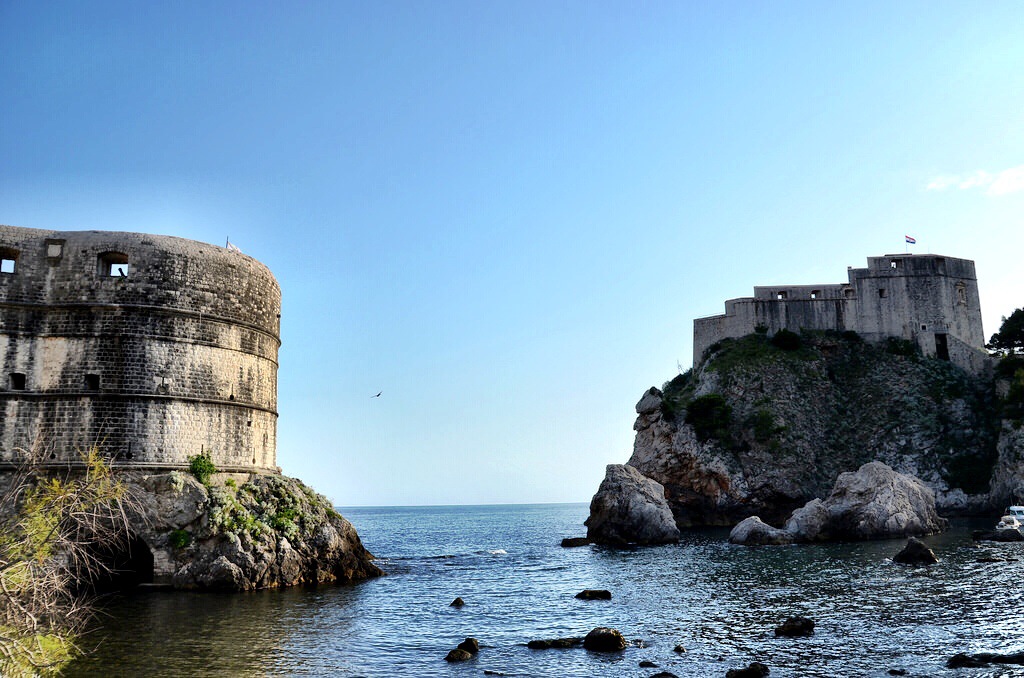 Why? Well, as I’ve described several times, Dubrovnik looks like every fairy tale you can imagine brought to life. The old walled city is right out of central casting when it comes to ancient towns. It doesn’t look real; it is itself a beautiful fantasy world. So, it just makes sense that when filming an actual fantasy series, Dubrovnik be used. Some of the scenes are obvious and easy to find while others are a bit trickier, which is why the Game of Thrones in Dubrovnik Tour is a great resource. Staffed by guides who have been extras in the series itself, they know intimately the locations and back-stories behind each shot and location. Something I’m not going to share now.

The reason is because, it doesn’t matter. As we walked around the old city, the guide dutifully showed us which scenes were shot where and even as an ardent fan of the series, I found myself losing interest. It’s because I was too lost in the beauty of the city itself. Walking along Pile Harbor, up to Lovrijenac fortress and looking out across the sea, I imagined myself a sentry of centuries past, keeping an eye out for pirates and would-be invaders. I could also easily imagine myself a character from a George R. R. Martin plotline, although given their mortality rates I’d rather be the sentry. Through the tour, I saw a different side to Dubrovnik. Even though we were at times inundated by the tourist crush, I was oddly enough detached from it. There, amidst the thousands of cruise ship passengers we actually found quiet, almost forlorn corners where we could stop and admire the beauty of the city. Even from high atop the city walls I found myself oddly detached from the tourist rabble. I had, for at least a few moments, become an insider, a possessor of great knowledge about the fantastical city of Dubrovnik.

The tour is a good one. The guide knowledgeable, enthusiastic (very) and engaging. But the facts about the TV show don’t really matter. No, the real beauty of this walking tour around Dubrovnik is both the access it provides and the very unique way of seeing the city. Sure, the routes aren’t exactly uncommon for tourists to tread upon, but it’s the deeper understanding of the city that the guide provides that makes the experience so very special.

So when you visit Dubrovnik, definitely take the Game of Thrones Tour, but allow yourself a few moments to tune out. Instead of looking at pictures of scenes, remember that you’re living a scene and allow yourself the opportunity to detach if even only for a few minutes.