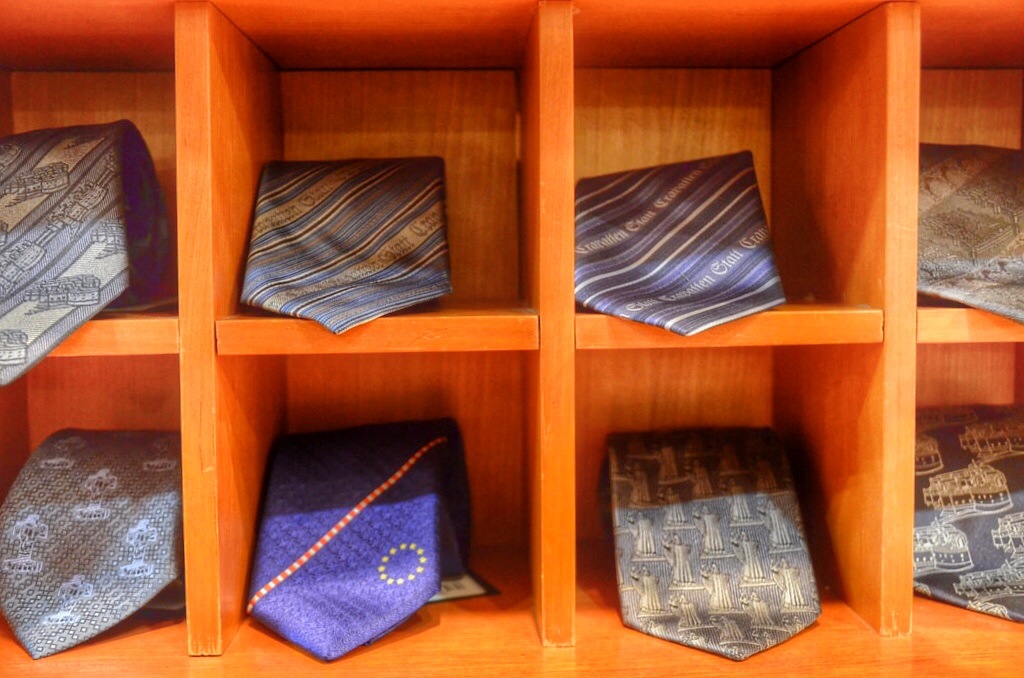 An important part of the travel experience for many folks is what you bring home. Those little souvenirs that remind us of an amazing trip. I don’t normally buy a lot when I travel, but even I was surprised by many of the cool take-home items that you can only find in Croatia. Here are some of my favorites.

This is just a fun little fact I thought I’d share, as it turns out Croatia invented the necktie. During the Thirty Years’ War in the 17th century, the traditional small, knotted neckerchiefs worn by Croatian mercenaries aroused the interest of Parisians who for some reason immediately took to the new fashion accessory. The term for this new trend comes from a commingling of words for Croatians, the French and the Croatian to form the word cravat. Later French aristocracy took an interest in the tie, which of course meant everyone else did as well.

For the ultimate tie experience, head to the Croata store in Zagreb. There, experts will not only help you choose the perfect tie, but teach you how to tie it as well. I have my go-to knot, but the tie aficionado at Croata taught me some pretty complex and beautiful knots. Their ties are all hand made and range from standard, to ultra-lux versions that have gold woven into them. Really. It’s not just for guys either; they also sell fashion accessories for women, including their always popular line of scarves and pashminas.

Walk around Zagreb for more than a few minutes and you’ll see them. Intricately decorated red and white hearts with a variety of words, phrases and images on them. These aren’t the real Licitari though – the real gifts are actually made out of gingerbread and certainly not plastic.

Dating back to the 16th century, Licitar hearts were a preferred way of showing someone that you loved them. Instead of roses, the Licitar was enough. Today the art form is only practiced by a few artisans around Croatia, but one of the foremost is Arko in Samobor. Following a method that is passed down from one generation to the next, making Licitar hearts takes a long time, but the finished product is gorgeous. Today they’re still purchased to give loved ones as gifts, as well as to decorate Christmas trees. You can technically eat them, everything is edible, but I wouldn’t recommend it. 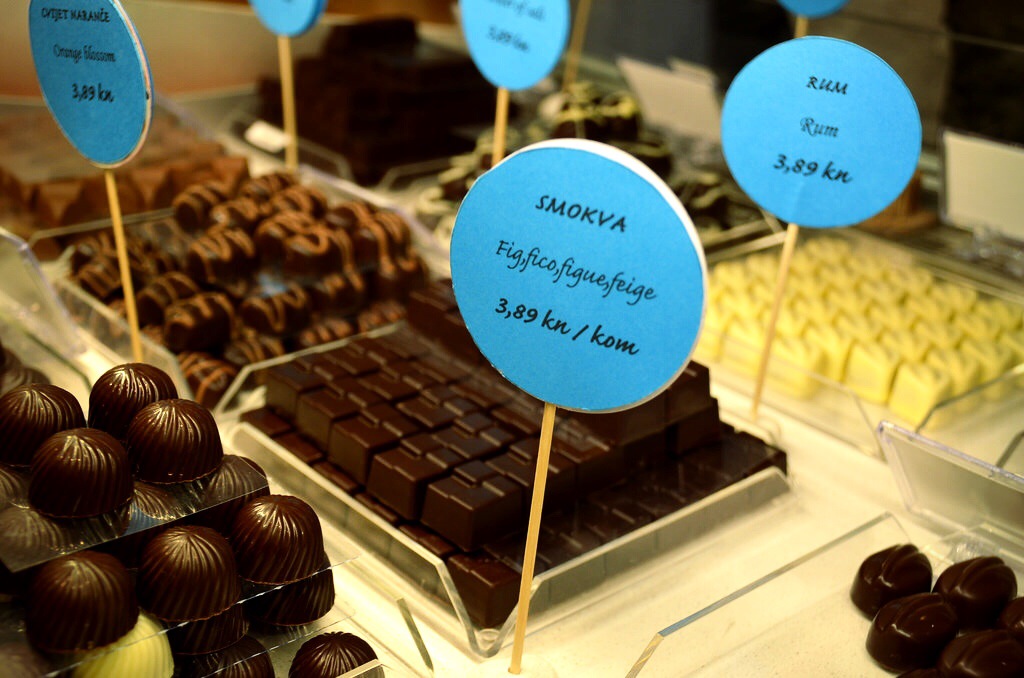 While Croatia certainly isn’t alone in its love affair with chocolate, they are doing some pretty interesting and innovative things with the sweet treat in small chocolate shops around the country. I found one in the old city of Zadar, one of my favorite cities, and was entranced by the chocolate work on display. Chocolate master Dubravko Vitlov first realized he wanted to be a chocolatier 20 years ago while watching a demonstration in Vancouver, Canada. He took classes in his spare time and at night worked on his craft while his family slept. The result is the top chocolate shop in Zadar and one of the best in Croatia, Vitlov Chocolate. Famous for his Maraschino Pralines using the region’s favorite liqueur, the great master is constantly innovating by introducing flavors like orange blossom and red wine; flavors that reflect the country and its amazing foods. I had the chance to watch Mr. Vitlov demonstrate how he makes the chocolates and the nuance and artistry was amazing. I always knew intellectually that chocolate making was equal part art and science, but seeing it in person is an entirely different experience. And of course the best part is the tasting and everything, from his chocolate barks to the famous pralines are amazing – honestly some of the best I’ve had. 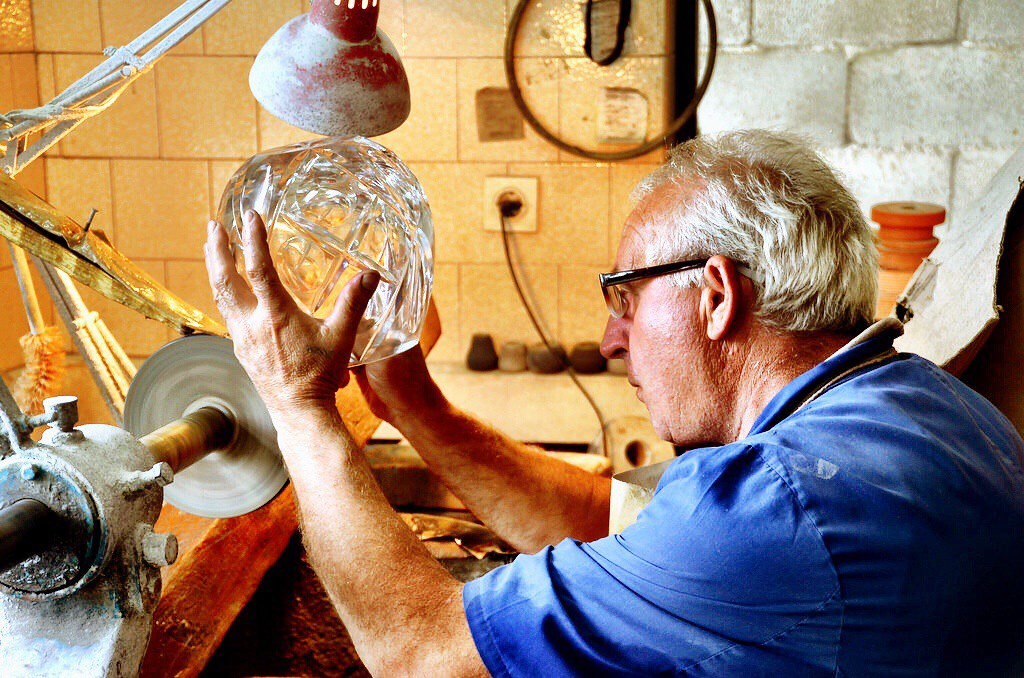 As it turns out, the picturesque town of Samobor near Zagreb is a hotbed for traditional Croatian arts and crafts. Among them is the highly specialized craft of glassmaking. Such a specialized art, glass making around the world and especially in Croatia is held in high esteem and those who do it have learned the trade just as their parents, grandparents, great-grandparents and so on have.

Krital Tuk in Samobor is one such center and the beautiful works of art that they create is worth your time. Even better, you can see the great masters hard at work as they craft new pieces, a delicate handicraft and art form that I think is important to preserve.

I’ve written about it a lot, but Croatia amazed me by its incredible food offerings. In all honesty, it’s some of the best I’ve enjoyed anywhere in the world and fortunately there are some things you can take home with you. My favorite Croatian snack is arancini, candied bitter orange peels, a sweet Dalmatian treat. They’re common at wineries and snack shops, but be sure to stop by a store to buy a bag to take home. If you enjoy great olive oil or wine, then bring an extra bag along with you. Some of the best of both are found in Croatia, but most international guests don’t know about them. That’s because small family farms make both the oils and the wines and frankly there’s not enough to export. Just because you’re not familiar with them though doesn’t mean they aren’t good – they are indeed amazing. Finally, if you’re a drinker then don’t forget about Maraschino. A Zadar specialty, it’s made from distilling the region’s famous Marasca cherries. The final product is light and intensely aromatic – the perfect way to remember your trip.

I love languages and I thought I’d at least heard of most of them until I visited Croatia. A script and not a proper language, Glagolitic was developed in the 9th century by two Greek monks, Saints Cyril and Methodius. (Cyril was later attributed somewhat erroneously with creating the Cyrillic alphabet) They were sent to Eastern Europe in order to strengthen Byzantine influence and did so through the most powerful tools at their disposal – language and religion. Glagolitsa was the first attempt to unite the Slavic peoples under one written script and was at one time used in modern day Czech Republic, Croatia, Bosnia, Macedonia, Bulgaria and Slovakia. Not a true language per se, it is indeed a script. In other words, locals still spoke Russian, Croatian or Czech, but wrote official documents and religious texts in the same phonetic Glagolitic script. It was especially popular in Croatia, which is how I was lucky enough to discover it.

All around Croatia you can find everything from t-shirts to plaques with your Glagolitic name on them. I think it’s a great memento because there’s nowhere else on the planet where you will find something like this.

I don’t usually buy a lot of things when I travel so for me the photos and the memories they evoke are my most special souvenirs. From Old French and Latin, souvenir literally means “to remember” and photos are the best way for me to do that. Usually after a trip I will select the top few and print them out. While still a rare minority get placed into frames or blown up into poster size.

Croatia is a devastatingly beautiful country and I have no doubt that will find many great prints to share with friends and even display in your home.

What types of souvenirs do you take home with you?

24 thoughts on “7 Souvenirs You Can Only Find In Croatia”