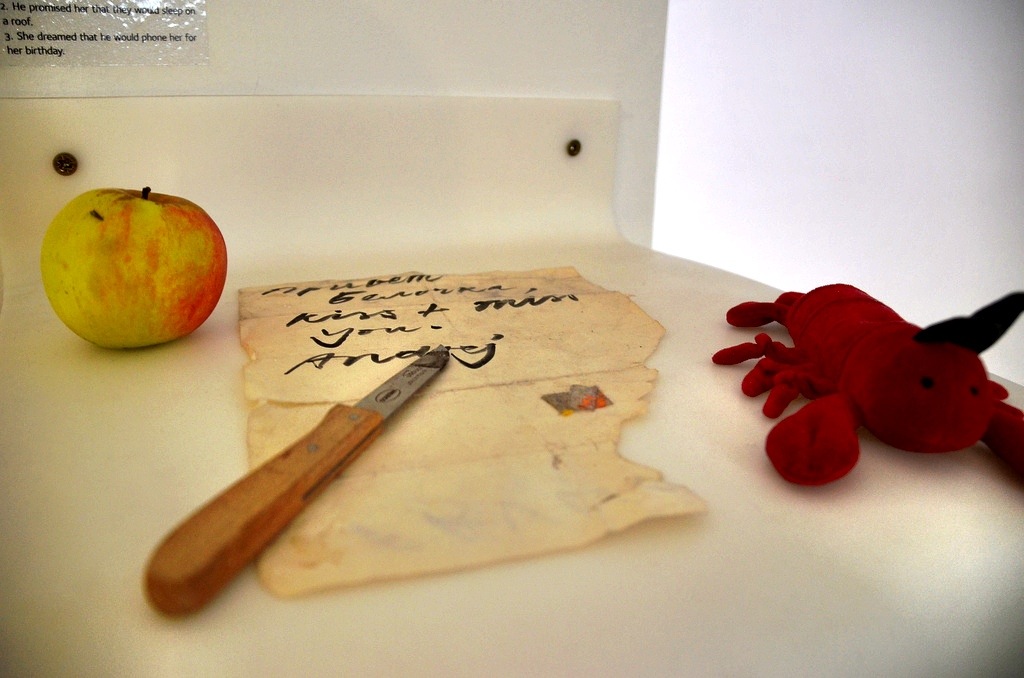 I’ve been to Croatia twice now and each time I road tripped around the country, exploring and seeing for myself what makes it such a fun place to visit. I admit it, I’ve fallen in love with this Balkan nation, but without a doubt some experiences have been better than others. If you’re trying to put together an itinerary and curious what to keep on the list, here are some of my favorite, must-do experiences for your Croatia travels.

When I first heard of this strange sounding museum, I thought it would be a novelty and little else. I was surprised though when I walked out moved and inspired by the exhibits. The concept for the museum started when two Zagreb based artists broke up and joked about starting a museum with objects from their love affair. A few years later this joke turned into an actual exhibition that traveled the world and quickly became immensely popular. Using donated items from people around the world; the museum is a lot more than just a look at failed relationships. It captures the essence of the pain and loss that is inherent in every relationship, broken or not. Walking through the museum was a deeply moving experience because I, like most of you I imagine, could relate to many of the sentiments shared. We’ve all loved and lost and the Museum of Broken Relationships captures those emotions brilliantly.

Many people know about Croatia’s famous beaches and islands, but not as many realize just how amazing the country’s natural parks are. The most famous, Plitvice, is the logical place to start and sets the tone for all the others dotted around Croatia. A UNESCO World Heritage Site, Plitvice is famous for its series of cascading lakes and waterfalls, each feeding into the next and creating a hazy wonderland of mist and impossibly green forests. Another great park perfect for hiking, walking or just admiring the river and lake system is Krka, located near the beautiful town of Šibenik. Plan to spend the day here as well, enjoying a picnic on a perfectly sunny Croatian summer’s day. The third park I suggest you visit is Paklenica National Park near Zadar. Here the rock climbing is the real draw; people from around the world visit for the famous rock faces. But even non-climbers like myself can enjoy the miles and miles of hiking trails up through the beautiful mountains.

3. Wine and food in Plešivica

The culinary side of Croatia is probably my favorite and one that sadly gets overlooked. I don’t know why though, feeding on centuries of different influences going back to Roman times, the food found throughout the country is fresh and delicious. One of the great regions where you can enjoy world class food and wine is Plešivica, not far from Samobor and Zagreb. Croatian wine is amongst the best in the world, but so few outside of the country know about it because wineries are often small and don’t produce enough to support robust export into different markets. Grab a driver for the day and visit as many wineries as you can, tasting the differences that terroir can produce in wineries just a few miles apart. Samobor is worth a day’s visit in its own right, but whatever you do don’t forget to try the city’s famous kremšnita or cream cake. You can find this popular cake throughout Croatia, but the Samobor version is especially good, thanks to the predominantly custard cream filling.

If you spend any amount of time in Zadar, someone will at some point tell you of a famous quote associated with the city. In May 1964, Alfred Hitchcock checked into Room 204 of the classic and now closed Hotel Zagreb on the waterfront in Zadar. The hotel’s location was one of the best in town and it was from there that the famed director opined that “The sunset of Zadar is the world’s most beautiful and incomparably better than in Key West, Florida.” This is a fact that Zadar residents have long known, but which the celebrity mention made world famous. In an effort to determine the truth of this grand statement, I climbed to the top of the St Anastasia Bell Tower in the middle of town for the best view in Zadar. Standing there watching the sun slowly fall into the sea, the colors and effect on the surrounding buildings was nothing sort of magical. Walking down the stairs to the main street that evening I thought to myself that no, Mr. Hitchcock was not embellishing when he named this one of the most amazing sunsets in the world.

By the time I reached the island of Brac off the coast of Croatia, I thought I had a pretty good idea of what to expect from Croatia. Driving along hundreds of kilometers of roads I saw everything from farms to dry, arid lands, mountains and the beautiful coastline for which Croatia is so well known. Brac wasn’t the first island I visited in Croatia, but it was the biggest and an easy day trip from the ancient city of Split. As I walked along the old port in the city of Bol in Brac, I turned around and saw one of the most beautiful scenes I’ve ever had the pleasure of witnessing firsthand. The beauty was in its simplicity; boats in a small port, shops lining the promenade and a cloud encircled mountain in the background. But the vibrancy of the colors and the spirit of the landscape were both so intense that I feel short of breath. At that moment a lot of what makes Croatia so popular clicked. It’s not just a pretty place and there aren’t just a few nice places to visit. The natural beauty of the country is prolific and even on the relatively unknown (to Americans at least) island of Brac, and in a very small town on that unknown island I found a truly amazing visual wonderland. I realized that there must be hundreds if not thousands of other hidden landscapes, just waiting to be discovered and enjoyed by those willing to look for them.

The most visited city in Croatia, Dubrovnik (in my opinion) never fails to disappoint. Sure, it can be busy at times but for me that has never detracted from the intrinsic beauty of the city – a town that seems trapped in a different era. The golden hues of the ancient stone and the astonishing views of the water and the red roofed buildings are all reasons to spend some extra time here and if you do, don’t miss the opportunity to see a different view of the city – from the water. Several companies operate kayak tours around the walled city of Dubrovnik, from a short paddle to all-day adventures. Setting out past the busy shipping lane, once I got close to the massive walls of the city I could see why no enemy ever invaded. Even though they were defensive in nature, one can’t also help but appreciate their beauty, especially on a beautiful day while you’re out getting some exercise. Little details that one would never notice inside the city suddenly become apparent from the kayak and for me, helped foster an even deeper love of the city. Plus it was just a lot of fun, so there’s that too.

These are some of the best experiences (in my opinion) that all visitors to Croatia should add to their travel itineraries. Have you been to Croatia? What would you add to this list?